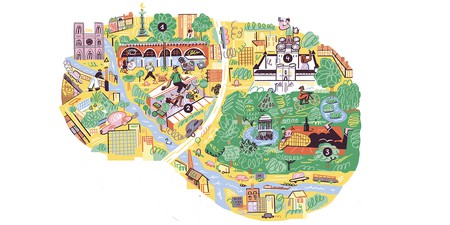 Before New York’s High Line there was Paris’ Promenade Plantée – an elevated walkway fashioned from a disused railway that threads together arts venues, bars and parks in the southeastern part of the city. Culture Trip’s Paris correspondent Eleanor Aldridge explores the route.

Running above the mêlée of streets, squares and rail lines that crisscross southeast Paris, the Promenade Plantée is a green needle piercing the city’s heart. Beneath this elevated walkway, motos weave in and out of traffic, crowds gather near Place de la Nation for the latest protest and modern developments butt up against some of the 12th arrondissement’s most community-focused neighbourhoods. Ten metres above, a secret world awaits. 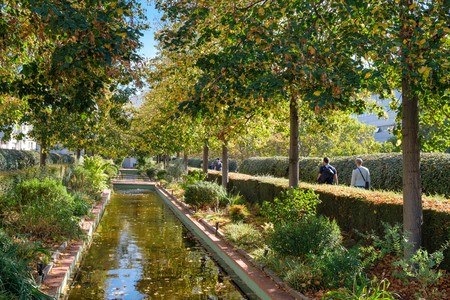 Construction of the Promenade Plantée, officially known as the Coulée Verte René-Dumont, finished in 1993 – that’s 21 years before the arguably better-known High Line in New York. It runs for nearly five kilometres between Bastille and Vincennes, along a disused rail line that was once plied by chuntering steam trains.

The paved path cuts through parks and old tunnels, while arched green trellises are festooned with roses and framed by cherry blossom in spring. In winter the path becomes starkly beautiful, set against the imperious Haussmannian façades that run alongside it. It’s not only a great walking route – offering peeks into apartments along the way – but the Promenade Plantée also acts as a ready-made itinerary for exploring this corner of the city. Steps make it easy to nip down to street level, or it takes about an hour to walk to the wilds of the Bois de Vincennes.

The 19th-century railway arches running along Avenue Daumesnil were among the first stretches beneath the Promenade Plantée to be developed. Now known as the Viaduc des Arts, they house bars, studios, restaurants and gallery spaces. Confiture Parisienne is a must-visit: pick up a jar of award-winning jam – perhaps carrot, passionfruit and vanilla – or try a preserve-making class at the weekend. At airy bar-restaurant Gamelle, there’s also bowling, darts and table football, while the food spans hot dogs, tapas and French classics. 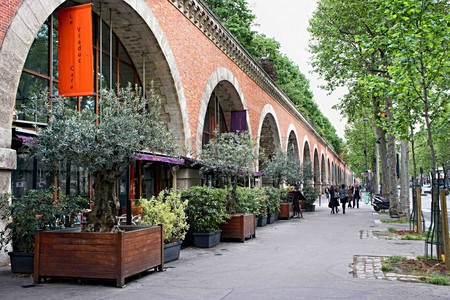 Founded six years ago, Ground Control has become the city’s hub for street food, pop-ups, events with a social conscience and anything in between. Sprawling across what was once an enormous SNCF train shed, it encompasses an open-plan food court, several bars, a shop and open spaces used for everything from yoga to painting classes. The buzzy terrace is the place in Paris to find a great spritz and an even better burger, cooked in a refurbished bus. 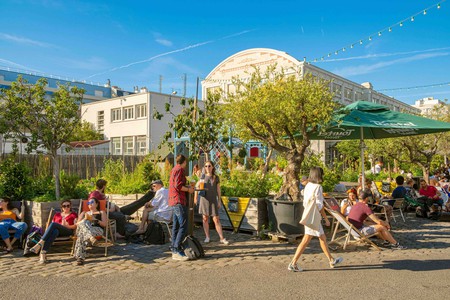 The Promenade Plantée ends at the city’s eastern green lung, the Bois de Vincennes – the mirror image of the Bois de Boulogne, west of the city centre. Making up for the lack of parks in central Paris, its 2,459 acres span lakes and woodland interlaced with shady pathways. Once a royal hunting ground, it’s the closest you can get to real countryside these days without leaving the city proper. In summer, festivals and concerts keep things lively well into the evening. 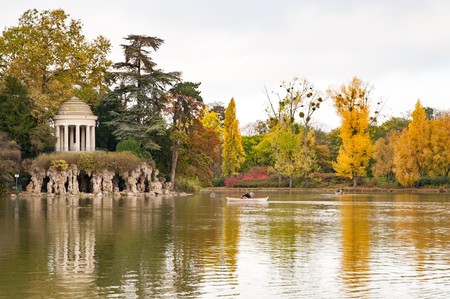 Although it’s just beyond the end of the Promenade Plantée, the Château de Vincennes is the natural place to conclude a walk (and handily close to Ligne 1 for the Métro back to the city centre). It’s a surprise to find a fortified Medieval castle in this elegant suburb, but the château far predates the residential buildings that surround it. Built as a hunting lodge in the 12th century, it was later a royal residence and state prison. Self-guided tours bring its history to life. 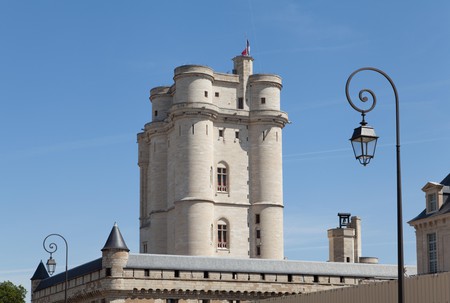