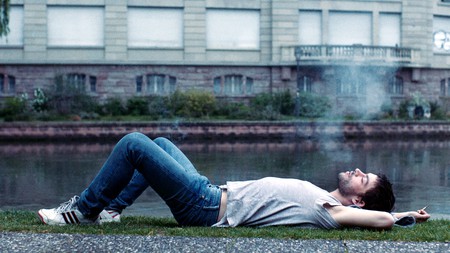 Rising French star Félix Maritaud and first-time director Camille Vidal-Naquet discuss the implications of what makes a piece of cinema ‘gay’ for their drama about male sex workers, Sauvage.

The Parisian pavements are bustling, scores of people filling the streets despite the early hour. Not far away from those starting their daily routine are the sprawling greens of Bois de Boulogne, the second-largest park in Paris. It’s been an equally busy night for those that frequent the historic location, also known as a cruising area and pick-up point for prostitution. It’s someone who knows this park – and its other services to the community – that’s currently coming to on the cold, hard concrete. But nobody turns their gaze to the young man in shabby jeans and a torn jacket, waking up on the ground just off the main road. Fortunately he’s not hurt, he’s acting.

“We just shot it, and these people weren’t extras,” director and writer of Sauvage, Camille Vidal-Naquet explains. “I was surprised, people seeing him lying there but didn’t do anything, didn’t care. That was really weird.” 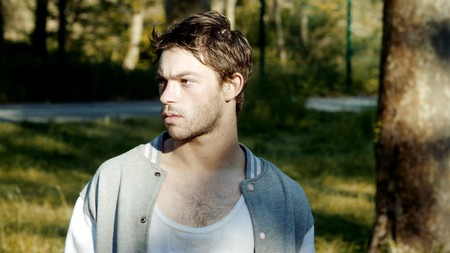 Félix Maritaud, who plays the unnamed street hustler in Camille’s feature debut, isn’t surprised at all.

“It was really truthful,” he shrugs. “Because when you walk by homeless people in the street you just act like they don’t exist. Everybody does. In Paris it’s really crowded with homeless people. People walk by, they don’t care. They’re not watching, they’re just focused on their own productivity.”

It’s a harsh reality, but that’s something that Sauvage doesn’t shy away from. The story of male street workers longing for love and location is equal parts touching and heartbreaking, shining a beautiful light on a part of culture that is often overlooked.

“To me, it’s not a queer film or a queer story,” Camille states, when asked about the importance of telling queer tales. “It’s a film about a person, a character, the love he has for someone. It’s like a character study of someone who’s in that world of male street hustling. It talks about homeless people, prostitution – but I don’t see it as a queer film. Of course, it’s a man to man relation. But it doesn’t deal with gender or attraction, so to me it’s not really queer.” 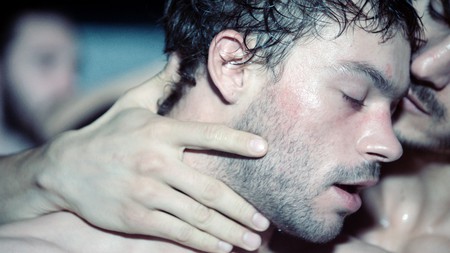 Félix, at the age of 26, has a newer take on such depictions. “I’m quite used to queer cinema, because I’ve done a lot of gay characters in movies,” he says of roles in 120 BPM (2017) and Yann Gonzalez’s Un Couteau Dans le Coeur (A Knife in the Heart) (2018). “I think that if you take an object that is open to everyone and you put a label on it, you just make it smaller. That’s why we shouldn’t talk about movies like ‘queer movies’. In a way there’s a pot of movies about homosexual characters that are really queer. They’re not showing something else other than the queer community, queer way of thinking. I think that this movie goes in a bigger space than queer cinema. To me queer is a form of culture and political views about culture. There’s no political view in Sauvage, so I don’t think we can put a queer label on it.”

When asked if we’re now seeing a shift in perception and terminology that is largely generational, Félix nods.

“My generation,” he states. “We’re all aware of what’s going on in the world. When I was 10 years old I could watch everything on the internet. My generation doesn’t feel those labels like something that’s important. We don’t need to describe ourselves as this or this or this. We’re just having a life, we’re all individuals. Maybe now is the time to create more links between people. All these gay guys that are only gay, only watching gay films and only doing gay stuff – this is like fascism to me. For my generation, the reality is that we’re all different and we’re all together.” 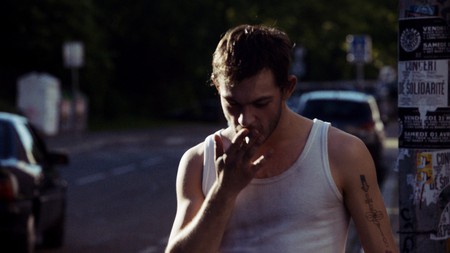 Without missing a beat, he offers a surprisingly simple, yet relatable example. “The techno scene is now really mixed. There’s a lot of bisexual, heterosexual, transsexual, homosexual and nobody cares, actually, because we’re just dancing. That’s the point. I think now, people have empowered enough to make gay people have the right to exist – we just have to prove that we are existing as human and not as gay people. I mean, it’s kind of really reductive to humanity.”

Current conversation about gay cinema has gravitated towards them often having less than positive endings – such as Call Me By Your Name (2017) or Brokeback Mountain (2005). Sauvage’s beautifully-shot closing moments draw you in, making you stop and think long after the credits roll.

“I don’t know about the ending,” Camille considers. “I don’t know if it’s happy or unhappy – to me it’s an open ending. You don’t know really. The movie says that there’s no easy answer to complex situations. In the end it shows that it’s full of hope. The character sells everything, but he doesn’t sell his ability to make a choice. He is making the choices and he doesn’t want someone to choose for him.”

Sauvage was released in UK cinemas on 1 March