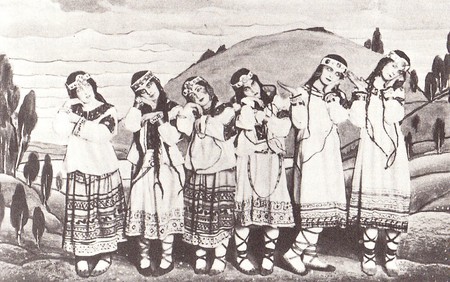 From scandalous premieres to stunning music and fake names to fascinating choreography, read on to delve into the intriguing world of one of the most infamous dance companies to ever call Paris home. Indeed, Ballets Russes never actually performed in Russia — and yet that’s perhaps one of the least interesting things about this fascinating company.

The Ballets Russes first landed in Paris in the summer of 1909, led by their multifaceted impresario, Serge Diaghilev.Originally heir to a family fortune amassed from distilling vodka, the Diaghilevs’ lavish lifestyle caused them to go bankrupt when he was a teen, and it seems young Serge inherited his parents’ tendency to overspend; the Ballets Russes teetered on the edge of bankruptcy themselves throughout their 20-year existence, saved numerous times at the last moment by one of Paris’ wealthy patrons of the arts. 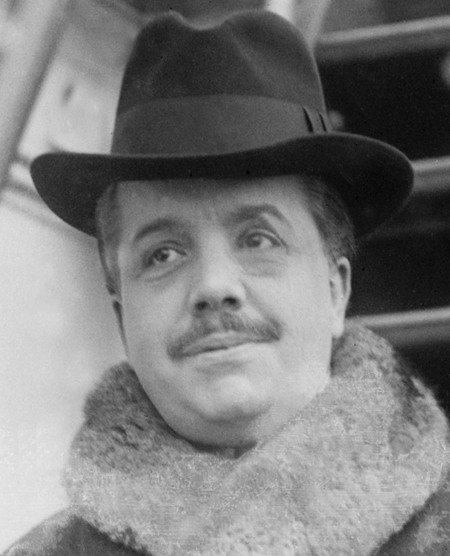 While Diaghilev was not a gifted accountant, he was a shrewd businessman.Prior to the company’s arrival in Paris, he had made three forays into the Parisian cultural market and his exhibitions of Russian art and music served not only to test the waters, but also to build anticipation.Before the Ballets Russes had even landed on French soil, the papers were eagerly awaiting the premiere of the first Saison Russe at the Théâtre du Châtelet.In the early 1900s, Parisian audiences were crazy about all things Russian: increasingly friendly political relations between Russia and France over the turn of the century meant that the French capital had started to gain glimpses of Russian art and culture and its residents were fascinated by this “exotic window to the East.”

As he would do throughout the Ballets Russes’ existence,Diaghilev capitalized on this trend.The earliest Saisons russes highlighted this exoticism, placing Russian mythology, traditional dress, and folk music at center stage.The company quickly became a sensation, and its dancers, stars on summer vacation at St. Petersburg’s Imperial Ballet, local celebrities. 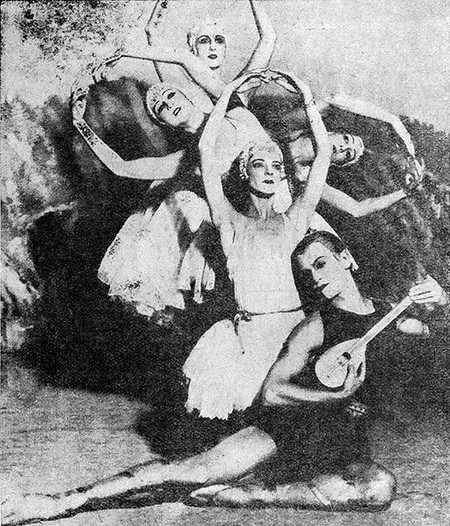 If the Ballets russes’ first season established the company’s impressive virtuosity, it was the second that launched their reputation for pushing artistic boundaries. The 1910 season saw the first of a trio of innovative ballets set to music by the young composer Igor Stravinsky. The vivid colors and timbres of 1910’s L’Oiseau de feu were followed by the lopsided folk dances of Petrushka’s puppet characters in 1911 and the menacing rhythms and shocking choreography of Le Sacre du printemps in 1912. Parisian audiences were so scandalized by the latter that its riot-inducing premiere has become part of pop culture lore. Horrified by the “barbaric” plot in which a young girl dances herself to death to bring about the spring, audiences were equally shocked by Stravinsky’s striking juxtapositions of chords and the “un-balletic” stamping Vaslav Nijinsky choreographed against the score’s constantly changing rhythms. 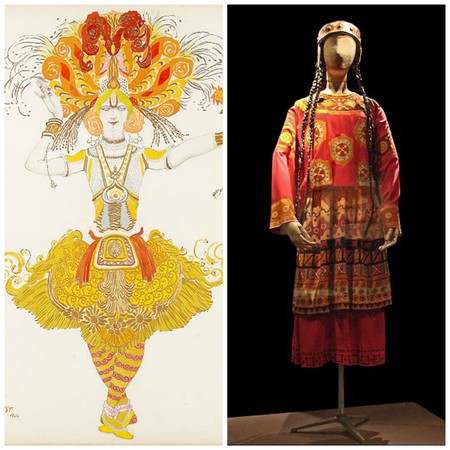 Diaghilev loved a good succès de scandale, and pushing artistic boundaries was an integral part of the company’s mission.From the parodic ballet-within-a-ballet storyline of 1917’s Parade to the aggressively Constructivist costumes and choreography of La Chatte a decade later, Ballets russes productions sought not only to allow young artists to develop nascent artistic movements, but also to provide a space in which genres and styles could intermingle and cross-pollinate.While the opening night riots Diaghilev loved where far and few between (much to his disappointment), incensing critics was usually a sure bet, and reviewers of the time regularly tore them apart, some with astonishingly dramatic flair, like the critic from the Revue Musicale who argued passionately the entire company be deported to Siberia and have their heads shaved after one of their earliest performances.However, reviews praised the company’s magical aesthetic and capacity for innovation as regularly as they condemned them, so fickle was the Parisian press.

One of the company’s most significant innovations was the prominence it afforded to the male dancer.Whereas ballet’s traditional star had long been the prima ballerina, the Ballets russes put its male stars front and centre.This, too, received a mixed reception in the press, with critics both horrified by the unexpected sexualisation and objectification of the company’s string of male stars, and entranced by their powerful virtuosity. 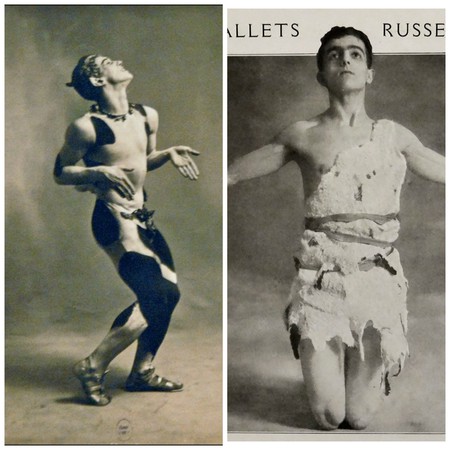 For 20 years, the Ballets russes served as an artistic hub for Paris’ most prominent dancers, artists, choreographers, composers, and designers. In fact, the notion of collaboration was a central part of the company’s ideals. Historically most ballets were written largely in layers, with the music, choreography, and visual aesthetic being created individually. A Ballets russes production, however, was more of a collective endeavour and the various artists consulted each other actively throughout the creative process. While this occasionally resulted in fruitful interdisciplinary partnerships (and at least one alleged romance, between Chanel and Stravinsky), it also frequently devolved into antagonistic relationships with collaborators jockeying for position and spreading rumours about one another until Diaghilev would step in to mediate.

As years went on, Diaghilev gradually branched out beyond his local network of Russian émigrés to include famous artists from across Europe, commissioning, for example, costumes from Chanel, sets from Picasso, storylines from Jean Cocteau, and music from the members of France’s young avant-garde collective Les Six.While such an international roster of collaborators was celebrated, the company worked hard to maintain its image as the “Russian ballet.”During the early years, Diaghilev continued to poach dancers from the impressive Russian dance schools, but after the Russian Revolution of 1917, this became virtually impossible.He thus turned his attention to European conservatories instead, selecting promising candidates and offering them a comprehensive training that extended to full language immersion and often the adoption of new Russian names both on and off the stage.

When Diaghilev died in 1929 his overspending caught up with the company and it was forced to disband due to its substantial debts.The surviving members created several new troupes to carry on their work, some of which directly invoked their artistic lineage in their names, like the Ballet Russe de Monte Carlo or The Original Ballet Russe.Like its parent company, the first of these off-shoots left its strongest impact in a place not mentioned in its name: after abandoning Monte Carlo to tour in America, many of its members put down roots in the New World and brought the traditions of the “Russian ballet” with them.The most famous?George Balanchine, who went on to create the New York City Ballet — finally, a name that made sense!