Cycle from Paris to Mont Saint-Michel on the Veloscenic 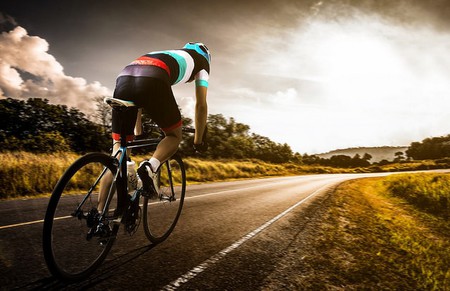 The Veloscenic is a roughly 450-kilometre long bike route that runs from Paris to the Mont Saint-Michel. If you’re up for the challenge, here’s our guide on what to expect when you tackle this epic route.

How to navigate the Veloscenic

The Veloscenic officially begins from the Notre-Dame Cathedral in central Paris and pieces together existing bike paths and country roads to travel west through four different regions of France, eventually arriving at the Mont Saint-Michel. It’s broken down into sections, each ranging anywhere between 31 to 93 kilometres, allowing you to take it on piece by piece. If you’re hesitant about navigating on your own, you don’t have to go solo. Guided tours and organised self-guided options are available through a list of approved operators on the Veloscenic website. Here, you can also find downloadable GPS routes if you decide to do the planning yourself. The routes are well-marked and vary in ability, from easygoing to expert. 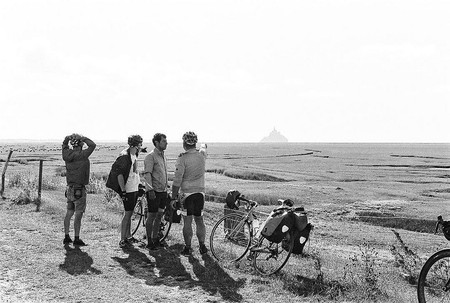 Cyclists and the Mont Saint-Michel looming in the distance | © 2. / Flickr

Things to see and do along the way

Though the route may have you feeling like you’re on the Tour de France, remember that it’s not a race. There’s no shortage of things to see before your grand finale at the Mont Saint-Michel, and you’ll want to ensure you take it all in. To begin, link up with the Greenway (meaning an easygoing path and in French, called Coulée Verte) in Paris’ Montparnasse neighbourhood and head southwest to Sceaux and Massy. The first noteworthy attraction en route is the Palace of Versailles, the opulent former residence of the Sun King, Louis XIV, and Marie Antoinette. After Versailles, take in the fresh air and lush greenery of the Chevreuse Valley, before arriving in the town of Rambouillet. This first section of the Veloscenic runs a total of 92.6 kilometres. 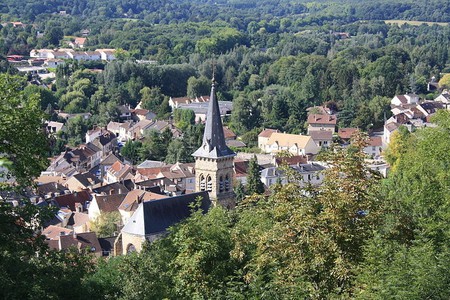 The Chevreuse Valley along the Veloscenic | © Lionel Allorge / WikiCommons

The following stretch is 37.5 kilometres through the Eure Valley to Chartres, the medieval city best-known for its Notre-Dame Cathedral and labelled a UNESCO World Heritage Site. After Chartres, it’s a 75-kilometre ride from the Eure Valley to the Loire Valley via a weaving Greenway by the Eure river. Cross the open fields closely linked to the literary great, Marcel Proust. You can take a quick detour to his house in Illiers-Combray before continuing to the town of Thiron-Gardais, where a 12th-century abbey awaits your visit. 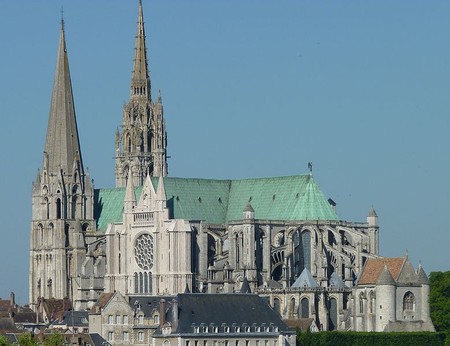 Up next is a 78-kilometre run through the Perche region. Pedal across the Perche Regional Natural Park and past unspoilt country landscape adorned with manor houses, centuries-old churches, mills and charming villages all the way to Alençon. In Alençon, the capital city of the Orne region, visit the Museum of Fine Arts and Lace and the Gothic Basilica of Notre-Dame. 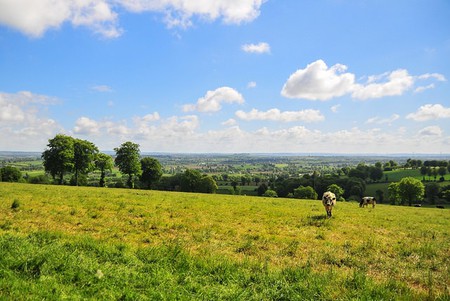 At last, the final stretch. Once you’ve hit the town of Ducey, a 31-kilometre ride through the Manche region along the Couesnon River sees the Mont Saint-Michel lingering in the distance, until you eventually arrive at the island’s doorstep.

Planning your ride along the Veloscenic

There are a few things to consider when travelling long distances by bicycle, such as where to rest your head, whether the hotel can safely store your bike overnight and transporting your luggage if you can’t take it all on your back. Thankfully, a group of establishments, from accommodations to visitors’ centres, joined forces to form Accueil Vélo (Cyclists Welcome). Marked by a green pentagon with an image of a cyclist in white, spots bearing this logo guarantee to provide quality services for cyclists along marked routes such as secure bike shelter, repair kits, bag transfers and laundry facilities. Consider booking accommodation well in advance, particularly if you look to travel in high season. 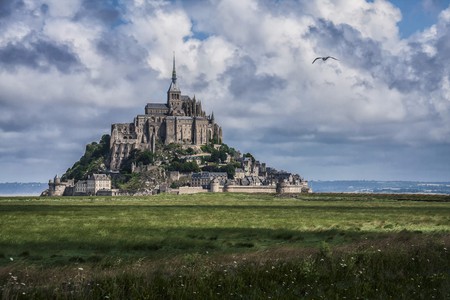 The Mont Saint-Michel | © Lex Kravetski / Flickr
Give us feedback