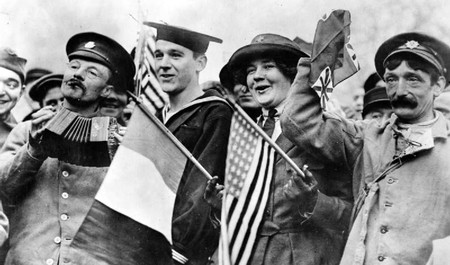 On 18 June 1919, delegates at the Paris Peace Conference gathered to decide the fate of three major empires, the creation of entirely new countries in Europe and the Middle East and what a future without violent conflict might look like.

When World War I started in July 1914 it was expected to be over by Christmas. The speculation proved wildly optimistic as the war dragged on for the better part of five years. It wouldn’t be until 11 November 1918 – commemorated each year as Armistice Day – that the fighting ceased. It would be nearly another year before the world’s leaders would officially determine peacetime conditions at the Paris Peace Conference, ushering in a new world order for the budding 20th century. 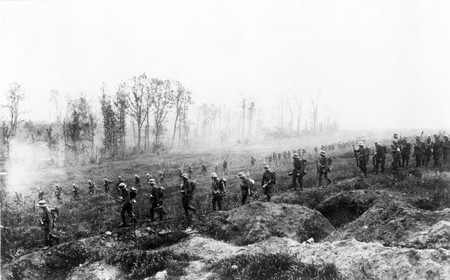 Offensive May 1918 German infantry on the Western Front during World War One, May 1918 | © kg-images / Alamy Stock Photo

What was the Paris Peace Conference?

On 18 January 1919, victorious Allied leaders from the US, Britain, France, Japan and Italy convened in the Hall of Mirrors at Palais de Versailles to set terms that would officially bring an end to WWI.

Among many decisions made at the conference, one that had the most impact was the decision to redefine territorial claims of the defeated Central Powers – including the Ottoman, German and Austro-Hungarian empires and Bulgaria.

The conference ended six months later when the Treaty of Versailles was signed on 28 June 1919. Its terms established a clear determination of which world leaders would dictate global politics for the next century. 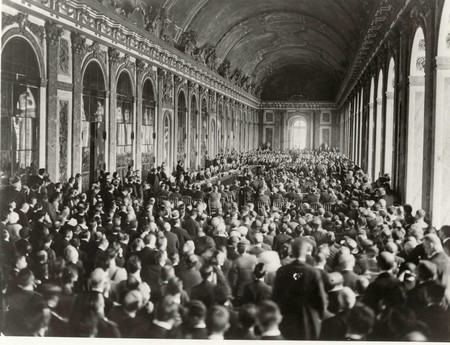 Which countries were created after WWI?

In Europe, the Austro-Hungarian and German empires were divided to create modern-day Poland, Austria, Hungary, Latvia, Lithuania, Estonia, Finland and Germany, as well as the former countries of Yugoslavia and Czechoslovakia. As WWI was especially traumatic, these new borders aimed to avoid future conflict by providing different ethnic groups with their own distinct territorial claims.

While new European borders led to the creation of separate sovereign nations, the Sykes-Picot borders that divided the former Ottoman Empire in the Middle East placed those territories under British, French, Italian and Russian rule. Notably, these lines were decided long before armistice through secret talks between British, French and Russian representatives without any consultation with local populations. The new borders often divided culturally homogeneous communities, and have been blamed for continued conflict in the region. 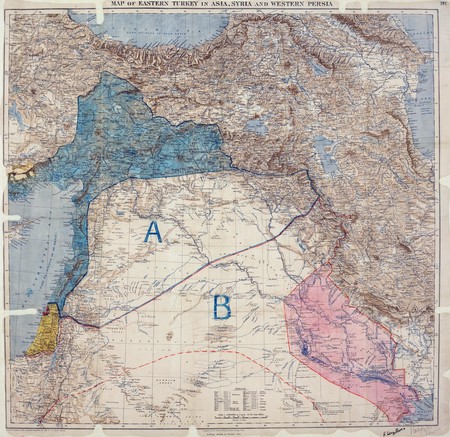 The Central Powers’ colonial holdings in Southeast Asia and Africa were dealt with in a similar fashion, further strengthening the global influence of the French and British empires. Though rooted in the hope that globalising the Western model of governance would usher in a stable peacetime, these actions ultimately tipped the scales of power in favour of Western Europe and its allies.

In the wake of the Treaty of Versailles, the Central Powers not only lost territorial claims but also faced punitive damages that put them under insurmountable debt. This has led to the theory that decisions made at the Paris Peace Conference laid a foundation of resentment that would ultimately lead to WWII.

How did global politics change after WWI?

One of the ways Allied leaders hoped to ensure long-term peace was through the creation of the League of Nations (LoN), a precursor to the modern-day United Nations. But the LoN was hindered by its largest members’ narrow view of what that peace looked like.

Despite the LoN’s being a pet-project of US President Woodrow Wilson, the US legislature decided the country would not join. As a result, the LoN became primarily associated with European concerns, especially in relation to trade. And while the LoN ultimately failed, it did lay the framework for the European Union. 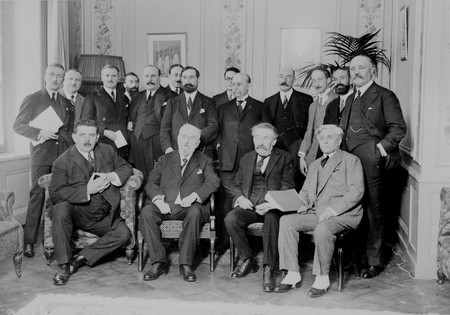 Ultimately WWI demonstrated that the world could no longer exist as a fractured mess of competing interests. However, its victors defined peace and success on their own culturally contingent terms, largely ignoring any input from non-Western powers. This is best seen in the refusal from Britain and the US to accept Japan’s ‘Racial Equality Proposal’.

Rejection of the proposal, which would have granted citizens of all LoN members protection against racial discrimination in other member states, sent a clear message to Japan’s delegates: the economic power of a country dictated the strength of its voice. The rejection did not sit well with Japan and ultimately alienated it from its future enemies in WWII and accelerated the Japanese Empire’s rapid expansion in the 20th century.

Contemporary conversations about decolonisation have led to a reconsideration of 100-year-old visions of world peace and the Western bias within the concept. Challenges to the myopic and prescriptive nature of 20th-century diplomacy bring hope that 21st-century politicians might be able to heal some of the conflicts their predecessors created or were unable to solve.