City on a Plate: Frenchie’s Gregory Marchand Gives His Guide to Paris 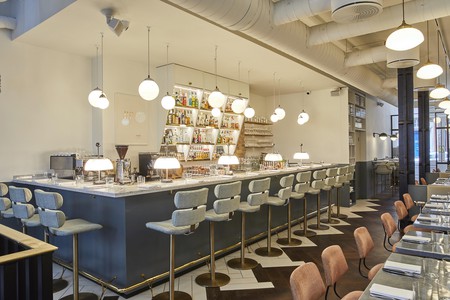 Culture Trip talks to the world’s most talented chefs about the cities that inspire them and the sights, smells and sensations that drive their approach to food. Gregory Marchand, whose one-Michelin-star bistro Frenchie has transformed an entire corner of the 2nd arrondissement, describes the splendour of Paris. 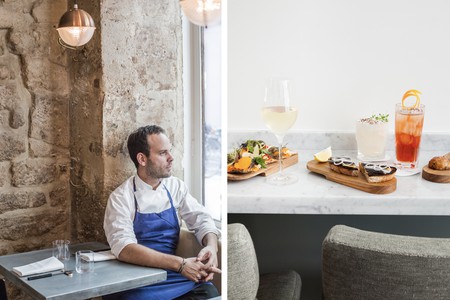 It’s not uncommon for a modern super-chef to have a restaurant empire spanning all across the globe – a constellation of Michelin stars dotted from Bordeaux to Bahrain and back again. What’s more unusual is for a chef to carve out his own strip of the city in the way that Gregory Marchand has in Paris. Marchand is the king of Rue du Nil. This thin little alley – once among Paris’s more insalubrious corners – is lined with his restaurants, shops and the shops of his suppliers and friends.

There’s his flagship restaurant – the Michelin-star Frenchie – as well as the Frenchie Bar à Vins, Frenchie Caviste (a wine shop), Frenchie to Go (his sandwich bar), his bakery, his chocolate factory, his fishmonger, his butcher and his coffee roaster. The Frenchie name – given to him by his friend and former boss, Jamie Oliver – is a veritable brand in Paris; there’s even one in London’s Covent Garden. But the airy joviality that Frenchie conveys is Marchand all over, in spite of the obstacles he has faced in his rise to prominence. 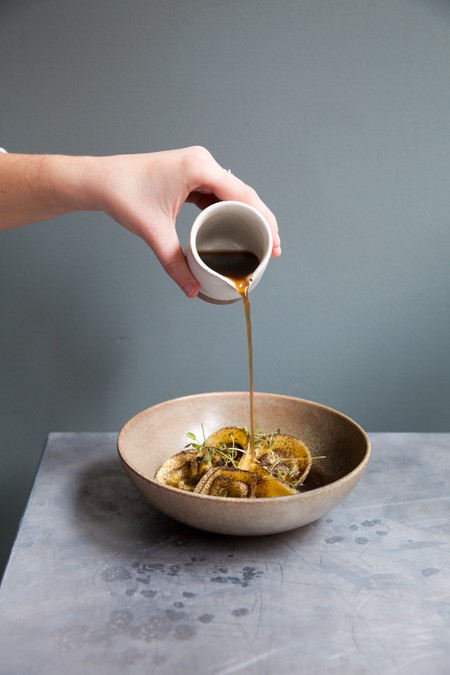 An orphan by the age of 12, Marchand turned to cooking as a means of avoiding being picked on in his children’s home, cooking escalopes for his peers in the way his grandmother used to. Realising that he had the knack for it and that cooking would allow him to move anywhere, Marchand enrolled in culinary school, and soon followed his trade around the world – to London, New York, Hong Kong and back to Paris – learning all manner of tricks and techniques in the process. Marchand opened his bistro in 2009 as the only establishment on Rue du Nil, and a decade later, he has made the street his own. Culture Trip speaks to Marchand about what is so captivating about Paris, where he draws his inspiration from, and why the gastronomic capital is as irresistible as it ever was.

I’m Gregory Marchand: a father, a husband, a chef and the owner of Frenchie. I cook simply but skilfully, with the very best produce you could ever find – solid classical French cookery with an international twist. I use what I’ve learned over years of cooking abroad to keep things exciting; so long as you have the finest produce and the right care, you can deliver something truly amazing. 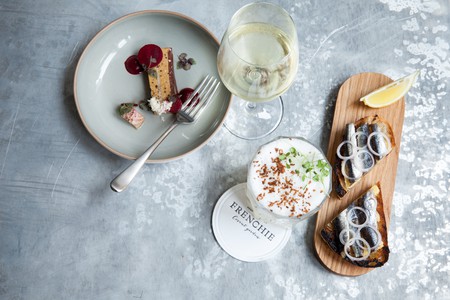 I am always astounded by the beauty of Paris. I know everyone says that Paris is beautiful – it’s the City of Light, after all – but every time I go for a run, I go past the Louvre gardens, past the Eiffel Tower, and think: “Wow, it really is the most beautiful city in the world.” Beauty can be found anywhere. Take my street, for example! Rue du Nil, 10 years ago, was run-down and boarded up; it was the street of robbers, drug dealers and prostitutes. But it has come back to life – it has now become what you dream of when you think of Paris.

Paris, to me, tastes like brown butter – decadent, sinful, but divine. But then there’s the bread! Good bread. Amazing bread. Any kind of bread. It’s the best; it’s what I miss most when I’m away from Paris. Every day I can smell the bread baking from Boulangerie du Nil, on the same street as my restaurant. It’s always there, every morning, every lunchtime – I love it. 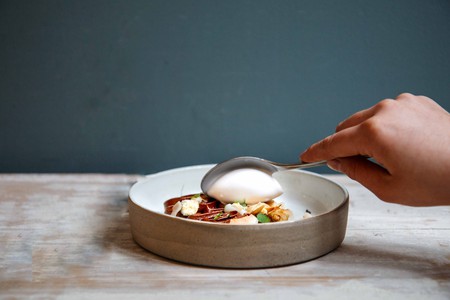 It would be at home with my family. We’d start with my wife’s poulet de citron (lemon chicken) – it’s a recipe passed down from her grandmother, a ‘pied-noir’ who was born in Algeria and returned to France after it gained independence. The chicken is simmered in this lemony stock, which is then used to cook couscous with raisins and a lot of onions. She serves it with a fiery harissa sauce on the side, and I just love it. Then, we’d have a beautiful cheese board, with fresh crusty bread and salted butter. And to finish, patisserie – one last classic Saint-Honoré cake from Sébastien Gaudard, filled to the brim with cream, and a millefeuille from the great Jacques Genin.

Ours is a cosmopolitan city – the cosmopolitan city – with so many cuisines, and so many cultures, all playing a part in the Paris of today. I’m unafraid to bring flavours, techniques and ingredients from all over the world into my cooking, using them to reimagine what we think of French food. So, my city on a plate would be my Pastrami Lucullus – a classic dish from Valenciennes usually made with layers of beef tongue and foie gras. I use New York-style pastrami instead and serve it with a sauce soubise (a bechamel with onion puree), pickled cucumbers and croutons. Is it French? Is it American? Is it Eastern European? It’s all of the above – it’s Paris. 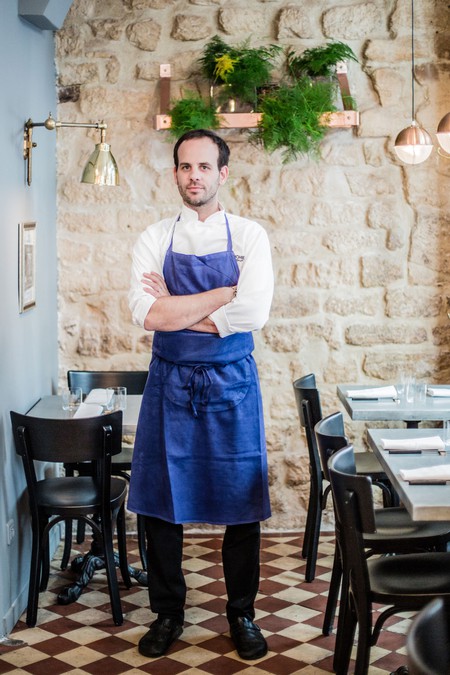 Gregory Marchand is chef-patron of Frenchie, a one-Michelin-star fine-dining restaurant in Paris, as well as the owner of the Frenchie Group. Book a table, and keep up with him on Instagram.