Chinatown: Food and Festivities Connect Paris to its Chinese Community 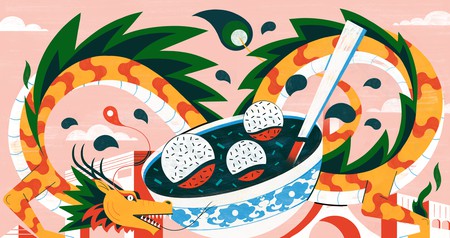 Paris has been slow to embrace its Chinese community, but a shared passion for food is seeing the relationship thaw.

In the 1970s, a new neighbourhood began to emerge in the 13th arrondissement of Paris, towards the south of the city on the Left Bank. The bundle of clinical-looking modernist buildings looming over the streets there was a far cry from the tree-lined avenues and Haussmann buildings associated with the chic French capital – so it was largely rejected by the city’s inhabitants.

Yet, Parisian disdain made way for another arrival – the influx of ethnic Chinese immigrants who had settled in Vietnam, Laos and Cambodia before being forced to flee following the fall of Saigon in 1975. The rejection of the modern neighbourhood made for cheap rent and excess space – an ideal place for the settlers to start a new life. Today, the area is known as the Quartier Asiatique.

“My parents are Sino-Vietnamese. Their parents were from China, but they were born and grew up in Vietnam with dual identity,” says Fanny, 27, who lives in the 13th with her parents. “My parents were forced to flee Vietnam in the late 1970s due to persecution by the government. I imagine they saw some horrific things. And then they were in Europe, a place so different from where they called home.”

Today, the 13th arrondissement is common ground for Parisians of all ethnicities, thanks to their shared passion for food. Tang Frères is regarded as the biggest Asian supermarket in Europe, with its yellow and vermillion (denoting happiness in Chinese culture) signage. Patisseries line the streets, showcasing steamed custard buns and black sesame rice balls. It’s a treat for the senses. 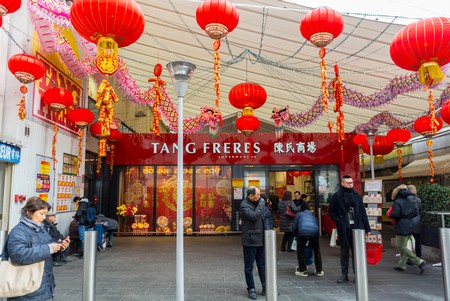 Parisian gastronomic pride is likely to blame for the city’s denial of the Chinese community’s contribution to the French food industry over the years. Take the restaurant-delicatessen hybrid, traiteurs chinois, a Chinese spin on the ancient French traiteur tradition. They are an undervalued part of the city’s make-up. They’re open all hours, and they won’t let you down whether you’re after a quick lunch or a post-happy-hour snack.

In recent years, there has been a boom among young Chinese chefs taking the entrepreneurial spirit of the traiteurs chinois and modernising it for millennials. Gone is the dated decor; in come traditional recipes as Instagrammable works of art. With the likes of Panda Panda and Trois Fois Plus de Piment, this youthful approach towards Chinese cuisine has turned aspects of the culture into part of the hipster “bobo” way of Parisian life.

Carole Cheung, a freelance food and travel photographer, has captured some of the edible delights featured on the Instagram accounts of such restaurants. “Food really is the main thing that brings people together within the community,” says Cheung, who grew up in La Réunion but moved to Paris four years ago. “Food is a good way to share endless stories, knowledge, recipes. It’s an endless topic!” 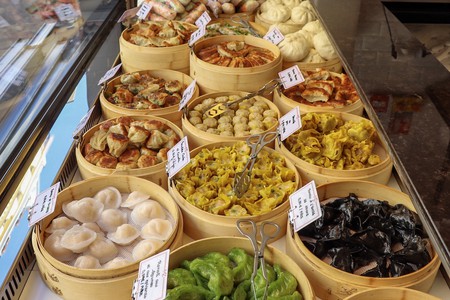 Yet, while food snobbery may be waning, it has never been the worst prejudice facing Paris’s Chinese community. “Chinese people are often perceived as ‘easy targets’ and thus fall victim to bad behaviour, as we have seen at the beginning of the Covid-19 crisis, for example. I’m thankful I haven’t experienced anything like that, but I’ve read many stories about people who have, and it’s a sad and real issue,” says Cheung.

The year 2016 was bad. Almost 40 years after Fanny’s parents arrived in Paris, the Chinese community was hit by a string of attacks. What began as targeted pickpocketings turned into muggings, which turned into murder. Such incidents led 13,000 Chinese Parisians to take to the streets of Paris that year. Some individuals held signs that read, “Vivre, Survivre, Continuité” (Live, Survive, Continue).

Cheung sees reasons to be optimistic about Paris’s relationship with its Chinese community in the city’s tentative embrace of Chinese New Year. It’s a big affair. Masses of people take to the streets of the capital, cheering on musicians and dancers dressed in colourful costumes. Life-size koi fish made from sheets of fabric look as if they’re swimming down the streets, and vibrant dragons manoeuvre among the crowds. Families line up outside restaurants below large flags decorated with Chinese characters that wave in the wind. 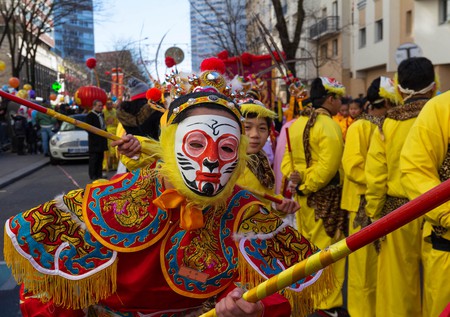 “I remember my first Chinese New Year here in 2016. I felt a little weird. It was just a normal day,” says Cheung. But things have changed since then. “I don’t know if that’s linked to a greater acceptance of the Chinese community, or a consequence of more Chinese tourists visiting the city. I’d say that this feeling might be fed by les grands magasins [flagship departmental stores]. For instance, the shopping centre Val d’Europe has implemented more ‘little things’ over the past few years. This year, they distributed fortune cookies, and there was a Chinese lion dance.” Whether such events promote Chinese culture within the city or commercialise it, the city’s discussion around the celebration has undoubtedly intensified.

For Cheung, the growing fascination with Chinese culture in Paris is a step in the right direction. “I’m happy to live in Paris and have this dual culture,” she says. “I feel a sense of belonging here.”