Best Things To See And Do In Paris’ 9th Arrondissement 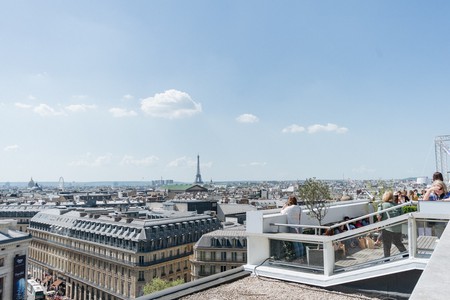 With the Palais Garnier and the Grands Magasins, the 9th arrondissement has long been a classic destination for visitors, but there are plenty of hidden gems nestled amongst the well-known monuments and imposing Haussmannian buildings. Read on to discover our best tips to get the most out of Paris’ busy 9th arrondissement.

Marvel at the view from the Grands Magasins

While many visit the Grands Magasins along Boulevard Haussmann to stock up on luxury French fashion items, these upscale department stores also house a secret (and free) treasure. Both the Galeries Lafayette at Printemps are home to rooftop terraces which offer stunning 360-degree views of the City of Lights. Enjoy a meal or drink at on the rooftop restaurants or simply take in the impressive views of the capital’s most important monuments, from the Sacré-Coeur to the North, to the Eiffel Tower to the South. While you’re there, don’t forget to take a peek at beautiful glass dome and ornate balconies inside each store. 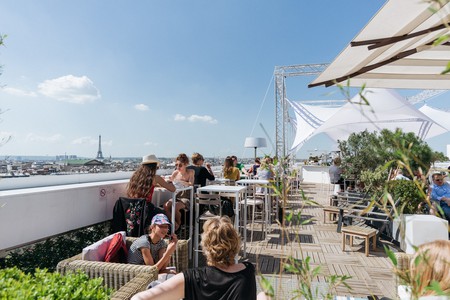 Catch an opera or ballet at the Palais Garnier

Dating back to the 19th century, the Palais Garnier has long been the heart of Paris’ rich culture of opera and ballet. One of the Opéra de Paris’ two home bases, the near-daily performances range from well-loved classics to innovative new creations. If the lure of an amazing spectacle isn’t enough, the building itself merits the visit alone with its rich velvet seats, ornate balconies, and opulent staircase. The crowning decorative jewel is undoubtedly the Marc Chagall masterpiece painted on the ceiling, which was added in 1964. 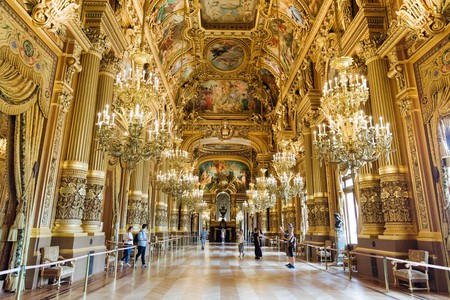 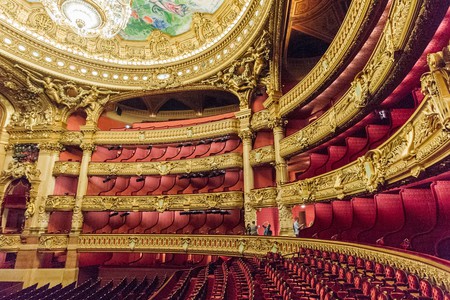 Drink with the hipsters in “SoPi”

The 9th arrondissement is a fascinating juxtaposition of 19th-century architecture and decidedly 21st century trends. As it’s recent New York-style nickname ‘SoPi’ suggests, the area just South of Pigalle metro station has seen a dramatic uptake in hip restaurants and bars, many of which draw additional street cred from being located in some of the neighborhood’s numerous former brothels. From the renaissance of classic Parisian watering holes like Le Sans Souci to hip cocktail bars like the Dirty Dick just around the corner, ‘SoPi’ is the perfect spot to raise a glass to the hipster locals.

Notable for its history, its collections, and charming garden tearoom, the Musée de la vie romantique is a triple whammy. Located in the former home of Ary Scheffer, the Dutch painter used to host weekly salons attended by some of the most well-known artists of the mid-19th century, including Frédéric Chopin and Eugène Delacroix. Now the cozy museum is home to an assortment of Romantic artworks, as well as a large collection of the personal effects of writer George Sand. 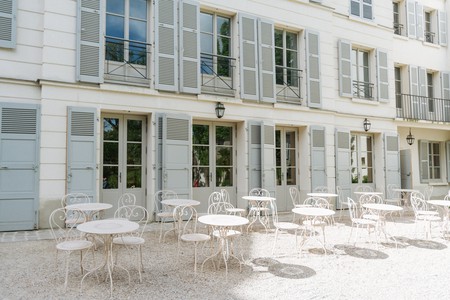 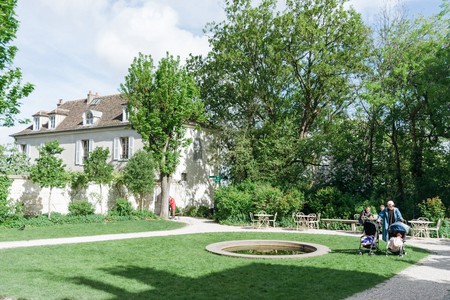 Legend has it that St. Denis, the first bishop of Paris, walked up the Rue des Martyrs towards Montmartre following his beheading, head in hand, thus giving the street its name. In contrast to its gruesome past, the Rue des Martyrs is now a vibrant street covered in cafés, restaurants, and shops. The steep street has become a destination for foodies from across the city, who flock there for the traditional fromageries and boulangeries, as well as the numerous shops offering artisanal products like jams and olive oils, which co-exist alongside more recent international additions to the neighborhood, like the much-beloved Rose Bakery. 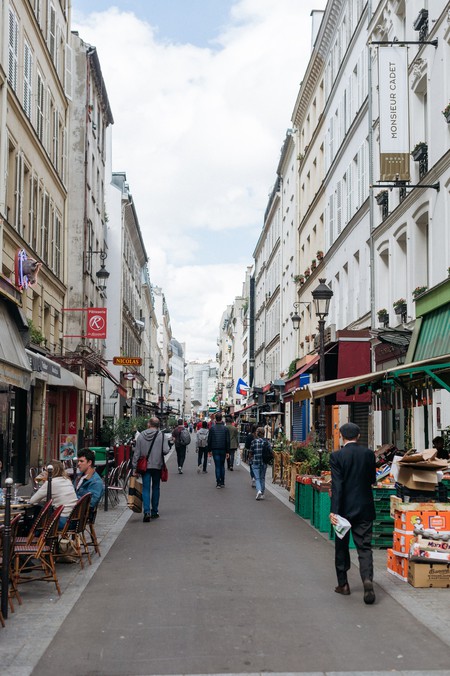 Tucked between some of the large Haussmannian buildings of the 9th and 2ndarrondissements lie some of Paris’ tiniest treasures: the covered passages. Constructed during the 19th century, the pedestrian pathways were the city’s original shopping centers and their glass ceilings protected the Victorian shoppers from the rain. Many of the passages are still lined with shops and restaurants, offering a historical alternative for souvenir shopping. Of the three located in the 9th arrondissement, the Passage Jouffroy is probably the most charming and also serves as the exit to the popular wax museum, the Musée de Grévin. 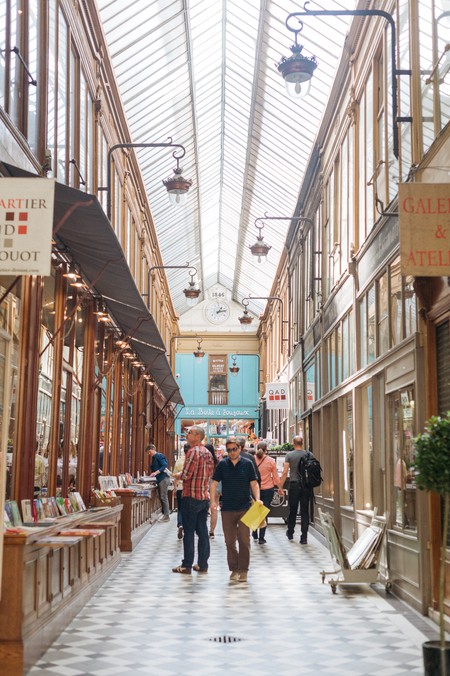 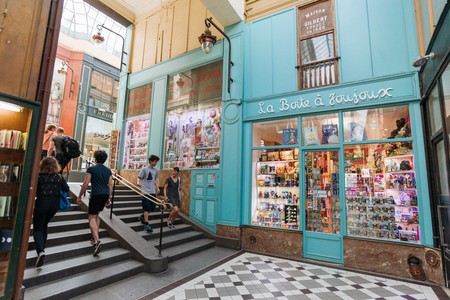 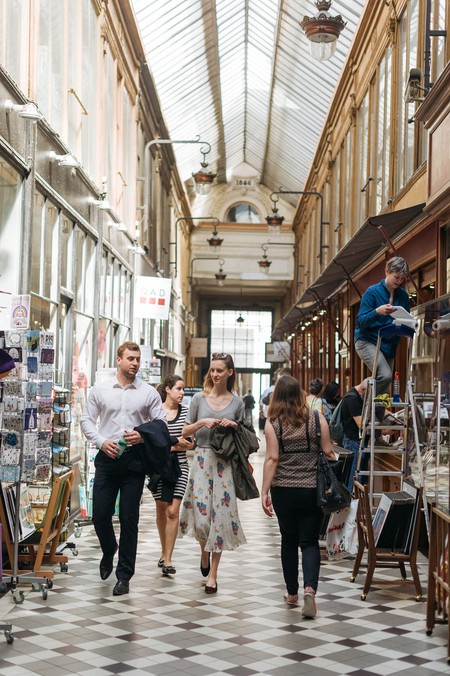 Be entertained at the Folies Bergère

The music hall the Folies Bergère has been entertaining Parisian audiences since 1869. During the peak of cabaret culture in the late 19th and early 20th centuries, the Folies Bergère welcomed many of the most popular actors, singers, and dancers of the era, from Josephine Baker to Marcel Marceau, and Charlie Chaplin to Edith Piaf. Today, the cabaret carries on the tradition with often low-brow, occasionally shocking, and always bold performances, making it an ideal destination for those seeking a lively night at the theater in a beautiful, historic setting. 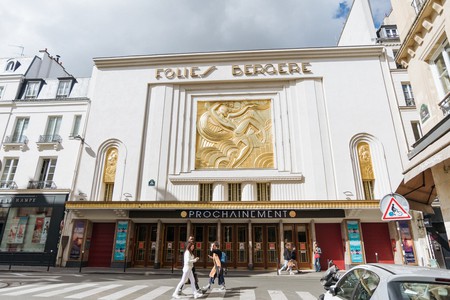