Behind the Museum Teaching Paris About Its Immigration After the Attacks 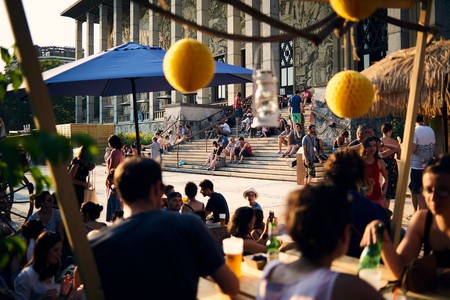 Unlike many museums in Paris, including the Louvre, the Immigration Museum in Paris hasn’t experienced a drop in visitor numbers since the 2015 terror attacks that killed more than 130 people and injured hundreds more. This is because people are now interested in understanding France’s relationship with North Africa.

This is a fascinating museum in its own right, but it can now be considered even more so given how it has bucked the trend of visitor decline and is offering Parisians insight into the events that have affected them.

Culture Trip: What is the museum showcasing?

Helene Orain: The museum’s permanent gallery shows a retrospective of the history of immigration in France from the 19th century through artwork, photos, archives, and testimonies. In addition, the museum produces two temporary exhibitions every year. We just closed ‘Ciao Italia!’ who presented Italian immigration in France from 1860 to 1960, insisting on the contributions of these Italians to industry, arts, cinema, song, [and] culinary arts.

CT: Why has there been an increase in visitors after the terror attacks?

Orain: In 2016, the museum’s attendance did not increase, but on the contrary faced a slight decrease (3%), due to the reinforcement of the prohibition of school trips to museums for several months. These difficulties are behind us and since the beginning of this year, we have reported very good attendance figures (+25% compared to last year) thanks to the success of our exhibition ‘Ciao Italia!’ 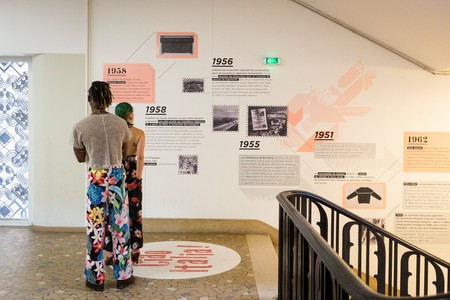 CT: Can you choose one exhibit and tell me how it teaches us about immigration?

Orain: I would choose ‘fashion mix’ that we presented to the public in 2015. What’s more important for France than its haute couture houses! The whole world is fascinated by fashion and luxury goods. But what most people ignore, even in France, is that many of these creators are foreigners and therefore immigrants….What we wanted to say through this exhibition is that immigration has helped to build our economy, our industry, [and] our culture and that without it, French society would not be what it is today. 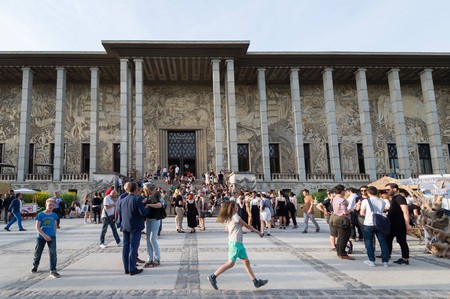 CT: Why are travellers and tourists interested in visiting?

Orain: Our ambition is to show a face of France that most people do not know. Behind the images that we all have in mind (monuments, cinema, haute couture, industrial sectors, etc.), there have often been immigrants who, famous or anonymous, have helped to build these sectors. Tourists can thus discover another face of our country.

CT: What is displayed currently on your temporary collection?

Orain: In October, our new exhibition will open. It’s called ‘Lieux Saints partagés’. The show describes the coexistence and the relationships that are being built between the three mean monotheistic religions (Islam, Christianism, and Judaism) through places and sanctuaries that they share, in Jerusalem, the island of the Mediterranean sea, in France, and also in Europe.