An Insider's Guide to the Best Bars in République, Paris 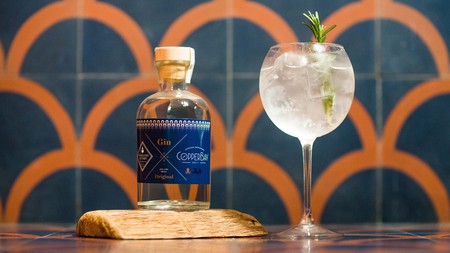 Once little more than a transportation hub, the République area now unites three of Paris’s trendiest neighbourhoods, and stretches from the nocturnal Canal Saint-Martin in the 10th arrondissement to the effervescent 11th arrondissement and trendy Upper Marais. This eclectic mix gives République a lot of personality; “I think the neighbourhood allows for individual character,” explains Lindsey Tramuta, journalist and author of The New Paris.

République is a particular hub for wine and food industry pros. “It’s like a village within the city,” says local restaurant owner Daniela Lavadenz, noting that it’s not uncommon to stumble upon winemakers, chefs and fellow restaurateurs on a night out. Of the drinking scene, Lavadenz says, “It’s dynamic.”

Hang out with the industry crowd at Aux Deux Amis 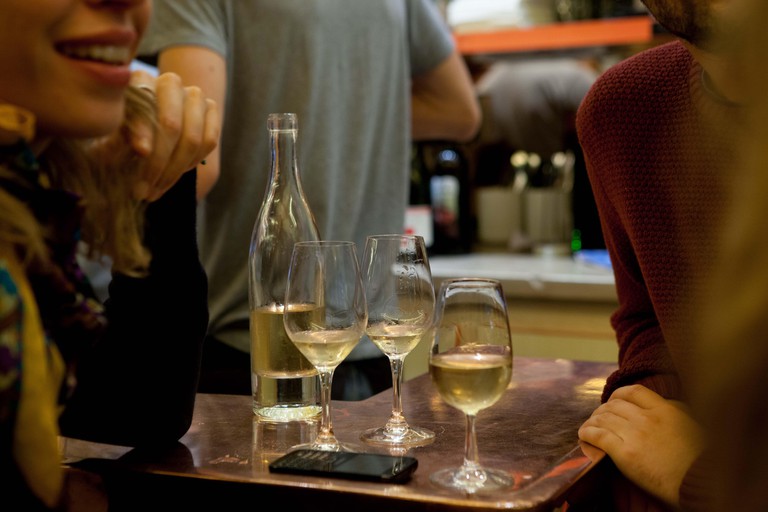 Nestled near Oberkampf, this tiny, no-nonsense spot is ultra popular with workers from nearby restaurants. Packed to the gills from apéro hour to closing, Aux Deux Amis is known for its tasty tapas, great natural wines and energetic ambiance. Don’t expect a table – but do expect to make a new friend or two as you elbow your way up to the bar. Meg Zimbeck, founder of popular restaurant review site and food tour company Paris by Mouth, cites it as a favourite, noting that, like many of her best-loved local restaurants, it’s “buzzy, chaotic and not entirely consistent – like life itself around République.”

Discover a secret bar in Paris at Candelaria

Bar, Restaurant, French, $$$
Facebook
Email
Twitter
Pinterest
Copy link
Share
Map View
Hidden behind the simple exterior of this Upper Marais taqueria is the neighbourhood’s favourite speakeasy. Open what looks like a broom cupboard door at the back of the diminutive Candelaria restaurant, and you’ll find yourself in a world-class cocktail bar. Dark and shadowy (as every good speakeasy should be), Candelaria boasts a bright menu of cocktails, of which the agave-based ones are the bona fide stars.
Open In Google Maps
52 Rue de Saintonge, Paris, Île-de-France, 75003, France
+33142744128
Visit Website
Give us feedback

Take your tastebuds by surprise at Bisou 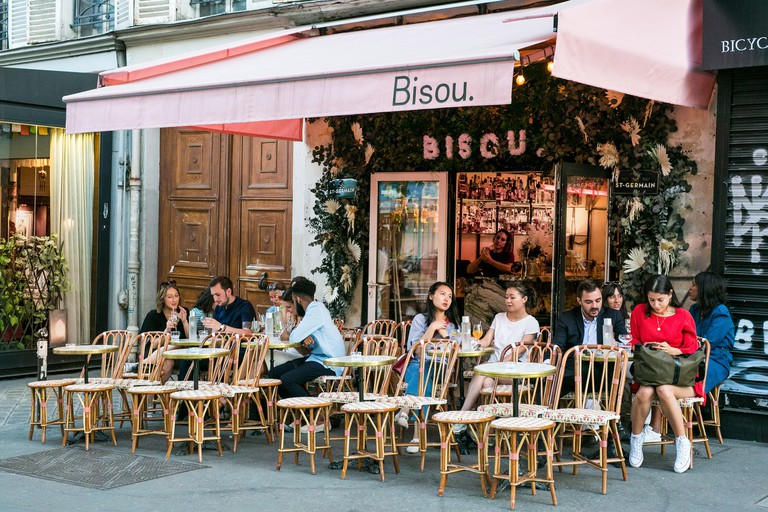 This bright, colourful cocktail bar, whose entrance is decorated with a floral arrangement, can be found on the edge of the Upper Marais. Here, there’s no menu: instead, bartenders concoct seasonal and creative drinks based on guests’ personal tastes. Keen to share their knowledge, bartenders often won’t tell you what’s in your drink until you’ve taken a sip. You’ll likely fall so head over heels for the place that you’ll want to give it a bisou – a kiss!

One of the first great cocktail spots in the Upper Marais, Le Mary Celeste is still going strong, with a two-storey space defined by exposed stone and a dominating central bar. Creativity is the name of the game on both the cocktail and small-plate menus, with many of the cocktails inspired by international tipples. Don’t miss the house special: devilled eggs, marinated in soy and ginger. 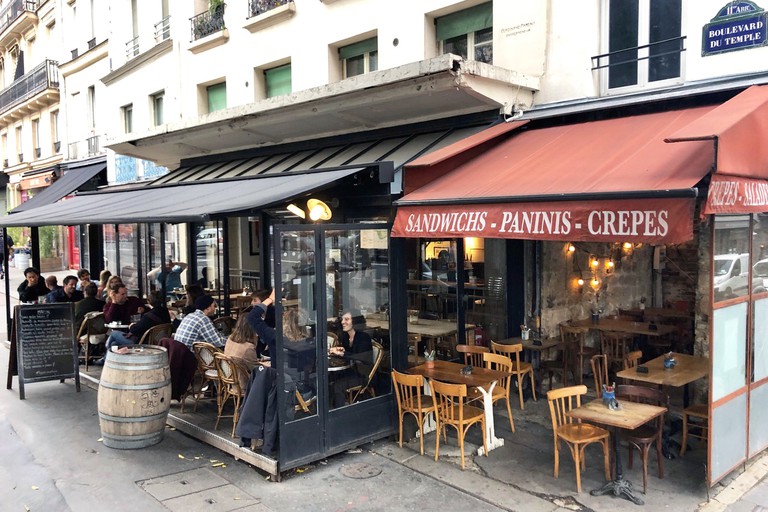 Located not far from République, Au Passage revolutionised the local dining scene in Paris nearly a decade ago with its deceptively simple small plates, and ever since, former staff members have been branching out to create an assortment of fantastic new spots with a similar vibe. Martin falls into this category. Just east of Place de la République, the bar boasts an extensive list of natural wines accompanied by an ever-changing chalkboard menu of inexpensive, plant-heavy dishes (and an impressive list of gin and tonics). Stroll by on any given evening, and the crowd will have almost certainly spilled out onto the boulevard like the best-catered block party you’ve ever attended. Be sure to say hello to resident dog Saucisse.

Clean up your act at Lavomatic

Cocktail Bar, Pub Grub, $$$
Facebook
Email
Twitter
Pinterest
Copy link
Share
Map View
Laundromats are eponymous in Paris, but this one just west of République conceals a popular speakeasy known for its hipper-than-hip clientele. Filled with far more light and colour than many similar secret bars, Lavomatic is best known for its light-hearted approach, from creative cocktails to swings in place of regular seating. Beware the relatively long line to order drinks as the night wears on.
Open In Google Maps
30 Rue René Boulanger, Paris, Île-de-France, 75010, France
Visit Website
Give us feedback

Soak up the ambiance of southern France at CopperBay 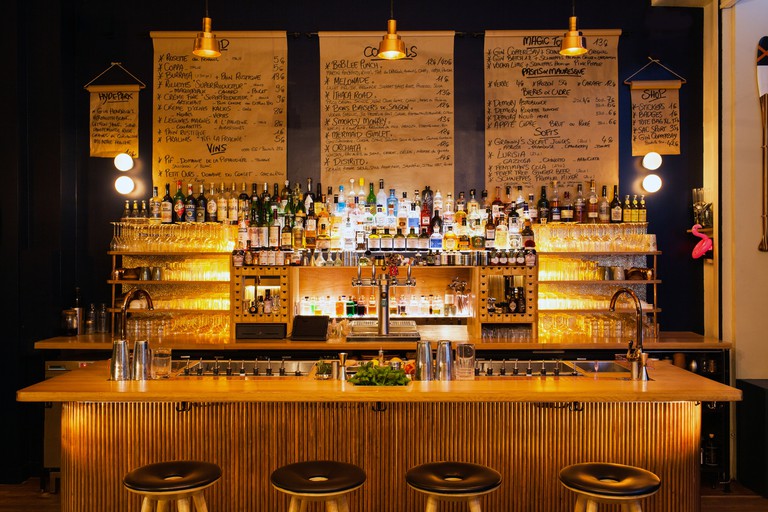 You don’t need to hop on a train to Nice to seek out a Provençal-style watering hole: cocktail bar CopperBay’s nautical theme brings the taste of the south of France to République. With a team of talented bartenders mixing up cocktails in a room decorated with light wood, turquoise and copper accents, the interior more than lives up to its promise of “mermaids and magic potions”. CopperBay brings a breath of fresh air to this corner of the 10th arrondissement with its beautifully presented and creative cocktails. As an added bonus, the menu includes aesthetically pleasing diagrams of the ingredients that make up each tipple. A handful of simple nibbles like coppa, burrata or marinated vegetables complete the menu.

For a true dive bar atmosphere, it's got to be Pop In

There are bars masquerading as dive bars, and then there are true dives: Pop In falls resolutely into the latter category. At this little haunt between République and Saint-Ambroise, regular concerts punctuate a steady stream of rock music and an unpretentious atmosphere. The beer is cheap, and the dance floor in the basement is always “popping”. 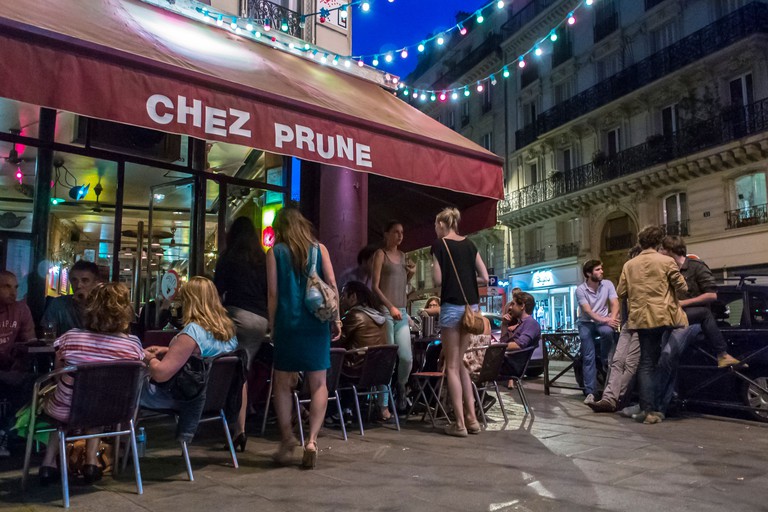 In years past, a café was one of the only places to go for an after-dinner drink (or several) in Paris. These days, nightlife is far more marked by trendy wine and cocktail bars, but a few resolute cafés serving evening drinks remain. Chez Prune stands out as a stalwart staple of the area overlooking the Canal Saint-Martin. Get there early to snag a sidewalk seat and people-watch the picnicking, carousing crowds outside.

Eat, drink and be merry at Le Triangle

Brasserie, Restaurant, French, $$$
Facebook
Email
Twitter
Pinterest
Copy link
Share
Map View
Paris has not historically been known for the quality of its beer, but recently a wave of microbreweries has arrived in the city, including Le Triangle, just a few steps from the Canal Saint-Martin. Deviating from the traditional Parisian bar, Le Triangle instead positions itself more as a restaurant and closes early, at 10:30pm. The menu includes slightly dolled-up gastropub classics like burgers, steak-frites and burrata, as well as more veggie options than you’re likely to find elsewhere in the city. The beers on tap – be they Le Triangle’s own brews or guest beers – are always on point.
Open In Google Maps
13 Rue Jacques Louvel-Tessier, Paris, Île-de-France, 75010, France
+33171395802
Give us feedback 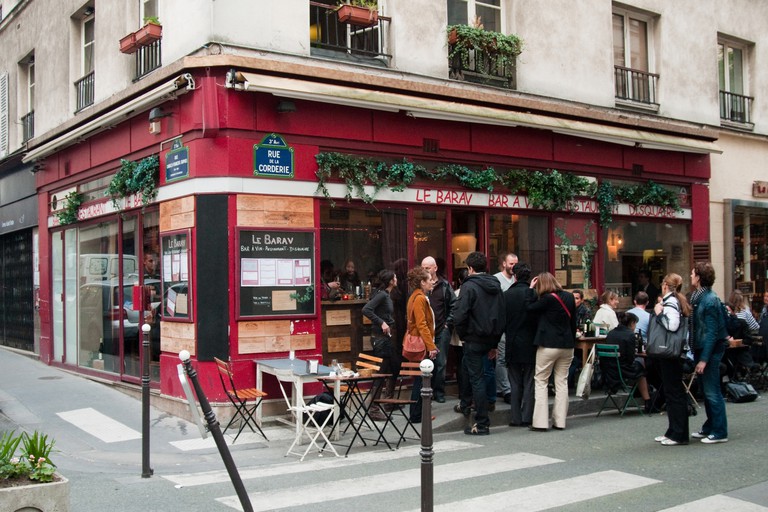 Le Barav is a friendly wine bar with an attached shop | Courtesy of Le Barav
Le Barav’ is French slang for bar à vin, and its name is just one of the many contemporary touches at this refreshingly accessible wine bar. The expansive sidewalk terrace of this Upper Marais haunt is the ideal place to sip delicious natural wines and nibble on simple but tasty assortments of cheese, charcuterie and small plates. If you find something you like, stumble next door to the cave (wine shop) and buy a bottle to take away with you.
Open In Google Maps
6 Rue Charles-François Dupuis, Paris, Île-de-France, 75003, France
+33148045759
Visit Website
Give us feedback
Give us feedback