Alphonse Mucha: Revolutionising the Art of the Poster

Czech artist Alphonse Mucha made a name for himself in turn of the century Paris, where he not only transformed the art of the poster, but also established the basis of the Art Nouveau style. Considering the ways in which the artist brought innovation to his traditional Czech roots, we take a closer look at Mucha’s life and works. 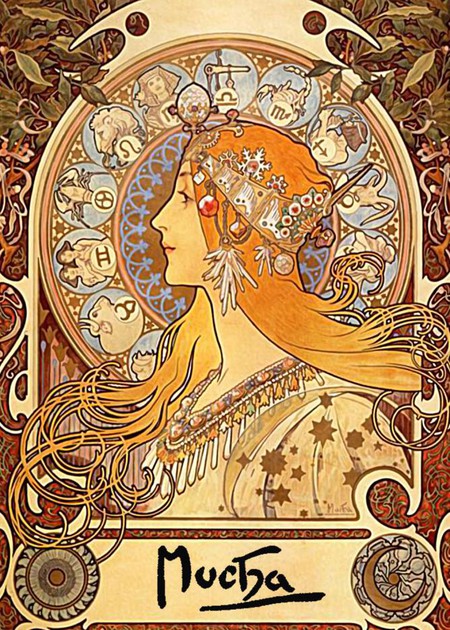 It was something of a fairytale; Mucha met Sarah Bernhardt – the glorified star of French theater – in 1894 on Christmas Eve. Fresh out of the Académie Julian, Mucha was working as an illustrator for Parisian printer Lemercier, when Bernhard – ‘La Divine’ – came in. She was in desperate need of somebody to design a poster for her new show Gismonda. Since all of Lemercier’s artists were home for Christmas, Mucha rose to the occasion and created his first poster. Upon its release, Mucha’s interpretation of Bernhardt was the talk of the town – and earned the young artist a six-year contract with the actress. His subsequent partnership with Bernhardt, who was at the high point of her career, transformed Mucha’s life. 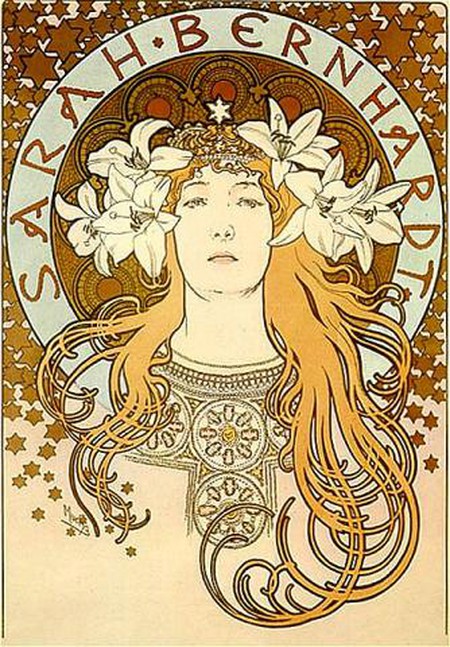 With the Industrial Revolution underway, printing techniques became more sophisticated. By the early 19th century, the streets of Paris were dotted with posters. The medium gained popularity and respect, and was used as a means of commercialization. Alphonse Mucha, following his success with Bernhardt, emerged as its shining star. With his new status came new commissions, especially from the luxury industry; Champenois, Moët & Chandon, Job, and Nestlé. Capturing the essence of the fin-de-siècle spirit, Mucha soon became an internationally recognized artist, expanding his unique style to paintings, jewelry, and interior design. He had an important influence on the development of decorative aesthetic Art Nouveau – although Mucha didn’t identify with the term.

Many of Mucha’s posters, including his works for Sarah Bernhardt, focus on one or more female characters that are glorified in their sensuality. With a passion for details the artist worked in gold and silver, adorning his works with organic themes and the memories of his native land as his principle inspiration. 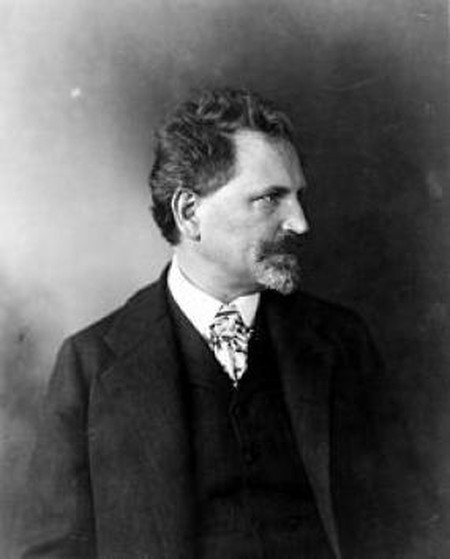 Born in 1860 in Ivancice, a small town in southern Moravia (now part of the Czech Republic), Mucha maintained a strong tie to his homeland. Although the artist lived in Paris and later tried to establish himself in the United States, he never forgot his roots and felt strongly about the political changes that his country went through. This fidelity is reflected in several of his commissions; in 1900 Mucha was hired by the government of Austria-Hungary to decorate the Bosnia-Herzegovina Pavilion for the Exposition Universelle. In 1918, when the independence of Czechoslovakia was officially proclaimed, the government turned to its most famous artist to design the postage stamps and the bank notes of the newly founded Republic. Mucha also returned to Prague to design the interior of the Czechoslovakian capital’s Town Hall.

His deep commitment echoed in his great last project, The Slav Epic. This series of 20 monumental paintings, created between 1910 and 1928, depicts the history of the Slavic and Czech people. Harshly criticized for his nationalism and obsolete academic style, Mucha’s last artistic project was not crowned with the success he had hoped for. After many years in a depository, the series has been exhibited since 1963 in Moravský Krumlov in the Czech Republic. 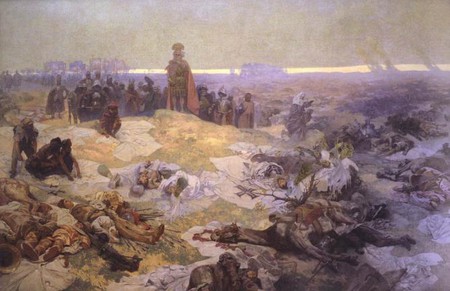 © Alphonse Mucha, Slavic Epic – After the Battle of Grunwald: The Solidarity of the Northern Slavs/WikiCommons
Give us feedback