A Weekend in Paris With Yorgo Tloupas 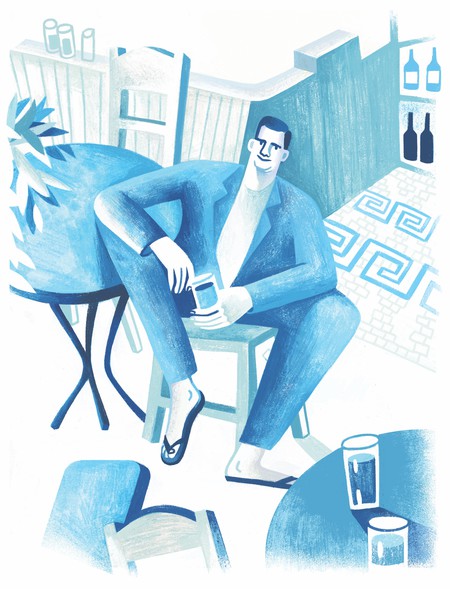 Exploring where to go, what to see, and where to be seen in Paris, with the endlessly stylish Yorgo Tloupas.

Yorgo Tloupas is possibly the coolest polymath you’ll come across. He’s so cool that his art school diploma project was bought by ski company Rossignol. And so cool that Black Crows – the snowsports line for which he designed the identity – has gone from being the hardcore skiers’ gear of choice to one of the most desirable winter sports brands around. His latest venture, a Greek café in the 9th arrondissement of Paris, aims, with its mosaic interior and coffee brewed over hot sand, to bring some Hellenic flavour to the city’s world-famous café culture. 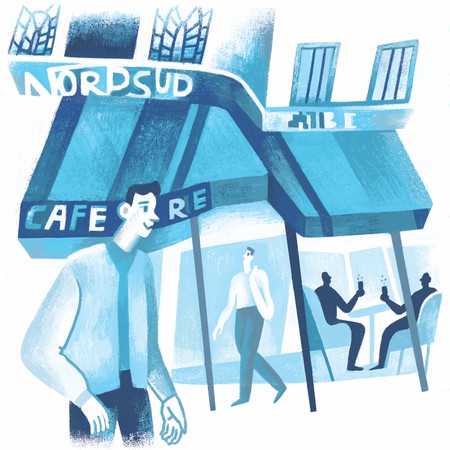 Beautiful design is at the heart of everything Tloupas does. His Paris-based multidisciplinary, Yorgo & Co, which he co-founded in 2011, counts Omega, Ricard, Lacoste, Galeries Lafayette, Louis Vuitton and Yves Saint Laurent among its many clients. Tloupas has successfully transformed multiple magazines, including Beaux Arts, GQ and Libération, launched a few of his own, and is currently the art director of Vanity Fair France.

On top of that, he teaches at Penninghen School of Art Direction and Interior Architecture Paris, and ECAL art school in Lausanne. But it is his work with Black Crows, which saw the designer create a visual identity for the brand’s 2006 debut, that brings the greatest satisfaction. “Having designed the logo, and having controlled every visual aspect of it, from skis to pop- up stores to clothes to adverts, is clearly something unique.” The Black Crows chevron logo is instantly recognisable and the 2017–18 collection is on permanent display at the Musée des Arts Décoratifs.

Tloupas is a keen skier and snowboarder himself, and was sponsored by Rossignol in his youth. “I’ve spent my entire adult life on skateboards, snowboards and surfboards.” For the former, Paris is ideal: “I love how Paris has become an international epicentre of the street-skateboarding scene.” The latter sees the designer trade urbanity for more natural surroundings. “In the winter I’ll likely be in Chamonix and, if the snow’s good, I’ll be on the first gondola up the mountain at 8am. And in the fall I’ll be paddling out in the swell south of Biarritz for my autumn surf sessions.” 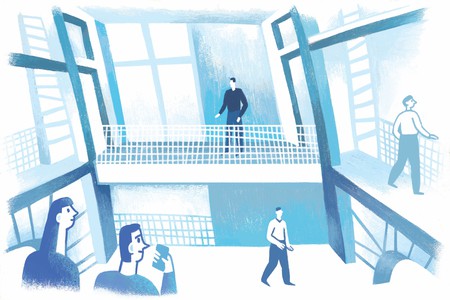 For everyday trips about town, Tloupas gets on his bike: “You could spend a lifetime roaming the earth with two of mankind’s greatest inventions, the bag and the bike, and never get bored.” On that, we should probably mention he won the French Bike Polo Championship with his team in 2010. “The small bike polo scene is my family,” he says.

And now, Tloupas has turned his energy to his café, Yorgaki. “I was annoyed that not a single Greek restaurant in Paris would serve the proper Greek coffee, cooked on sand, and decided there was a gap to be filled.” It’s this sand-heated coffee that Yorgaki specialises in, as well as the iced coffees that have become so popular in Greece in recent years. “Nowadays you’re more likely to see a young Greek with a freddo cappuccino than with a pint of beer.”

As in France, cafés are enduringly popular places in which to while away the time in Greece. “There is a very strong and historically established culture of sitting on a terrace of a kafenion and watching the life of the village go by.” But of course, Paris’s street-side café tables are renowned worldwide. “Paris is café culture. I always wonder how come at any time of the day, any day of the year, café terraces are full of people.” 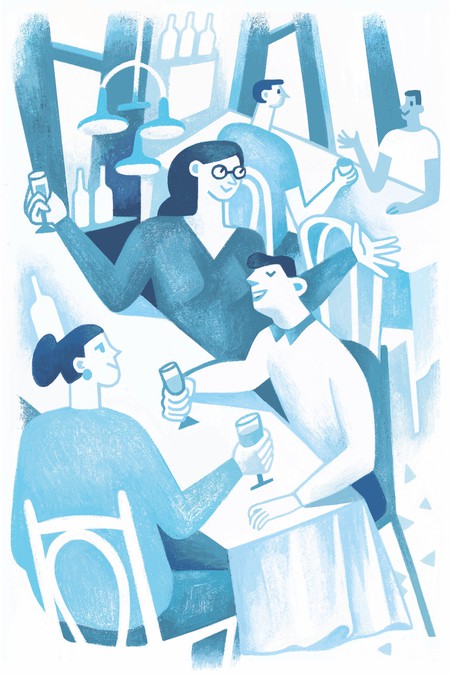 For most, opening a new café would be a major undertaking. Tloupas shrugs it off. “It’s basically a side project that’s born out of passion, and that brings me a lot of simple pleasures.” And the café allows him to share his heritage with the people of Paris: “It’s a way to transmit my passion for the fatherland.”

But while Tloupas is happy to have brought a slice of Greece to the French capital, he still believes there’s nowhere like Paris. “I don’t think I could run my business in any other city.”

“I’d go for a café (coffee) or orange juice in one of the traditional brasseries of Paris, with a view on a thriving corner, and some sun. So Le Nord Sud, in front of the Mairie du 18e arrondissement [town hall] would do. Nothing fancy, just a great location to watch the world go by.” 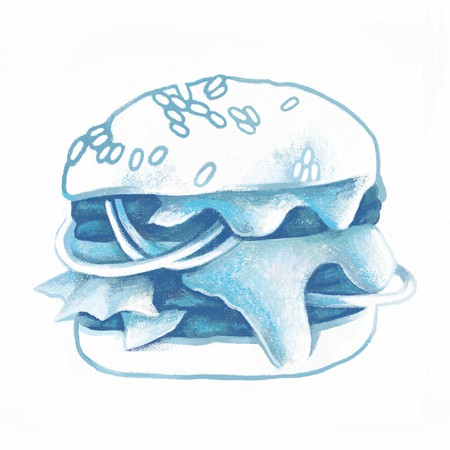 “As I’ve probably been playing some bike polo in the morning, I can allow myself a treat and go to the best burger place I know in Paris: Le Ruisseau. They have mini burgers where you get two mini portions instead of one big one, which gives you the opportunity to try more of their many variants. Alban Jousse, the chef, and his partner Paul-Emile are really nice guys as well.”

“I’d go to Le Nemours Place Colette, a traditional café with a great view, where I’m sure to see an eclectic mix of friends from the design, cinema or fashion world.”

“Restaurant Montcalm, on rue Montcalm, is near my house. It’s clearly my favourite restaurant in Paris, with an ever-changing menu by Will, who’s a genius of cooking.”

“Le Nant is a filthy bar in front of Le Ruisseau where the decor hasn’t changed since the mid-1970s. It’s where Alain Delon used to hang out, and it’s full of local characters. It’s not for germophobes or the faint of heart, though.”

“The quiet courtyard and the nice staff always bring a sense of calm. It’s perfect for meetings as well, apart from secret deals, as le Tout-Paris is likely to show up any time.”

“I want to try Bonne Aventure in the flea market of Saint-Ouen. It has replaced a family-run spot where I used to go quite often. It’s sad to have lost them but the new venue looks interesting.”

“Drinks at Café de Flore, of course – a classic, and quieter on a Sunday evening.”

“From Café de Flore I would move on to dinner at Chez Omar, another legendary spot. It’s like a mix between a classic Parisian brasserie and a North African restaurant. It’s the unlikeliest hotspot, and it’s better to sit inside than out for once. I always choose the tuna steak. It’s been cash-only for decades… you wonder how.”

“Shop at À Rebours, in Lafayette Anticipations, for the sharpest selection of objects from the art and design world. For clothing, especially for men, Centre Commercial has the best selection of modern basics and small international labels. And for shoes, the most tasteful men’s selection is at Royalcheese Shoes. Artcurial has a unique selection of art and design books – we did their visual identity.”

“I don’t really like to waste time or ‘hang out’, but if I was forced to I’d go to the garden behind Institut Suédois, on rue Payenne in Le Marais. It’s a hidden haven of Scandinavian calm.”