A Walking Tour of 19th-Century Paris in Louvre–Tuileries

In October 1789, the Revolution brought political life back to Louvre-Tuileries after 107 years of absence. Every significant figure of the 19th century, revolutionary, emperor, or king, used the Palais des Tuileries as a base. This palace is long gone, destroyed by arson in 1871 and demolished in 1882, but this turbulent, glamorous period in French history can still be glimpsed in the streets, buildings, and monuments from this era that remain.

When Charles Percier and Pierre Fontaine’s Arc de Triomphe du Carrousel was completed after two years in 1808, it formed the centerpiece of a vast courtyard around which military parades could take place. Inspired by Ancient Roman arches, Napoleon I topped his with a quadriga (horse and chariot statue) seized from Saint Mark’s Cathedral in Venice in 1798, a potent symbol of his and France’s military might. After the Bourbon Restoration and his 1815 downfall, the quadriga was yielded to Austria and Charles X replaced it in 1828 with a new one by François Joseph Bosio that honored his family’s return to power. 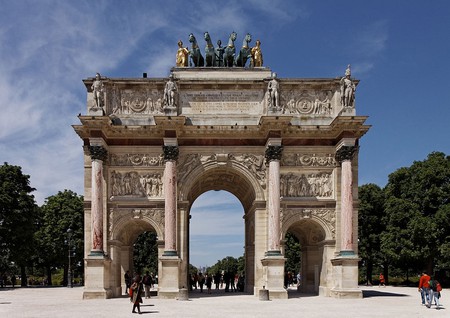 Heading past the arch, the yew-filled moats of Charles V, and what would have been the royal palace, you arrive in the Jardin des Tuileries, created in 1564 by Catherine de Medici and not much changed since. The garden has been partially opened to the public since 1667 but during the 19th century it became the place where ordinary Parisians met, relaxed, and were entertained, like when Napoleon I’s wedding cortege passed through it on April 2, 1810. His nephew, Napoleon III, added the Orangerie in 1852 and the matching Jeu de Pomme in 1861, both of which are now museums. 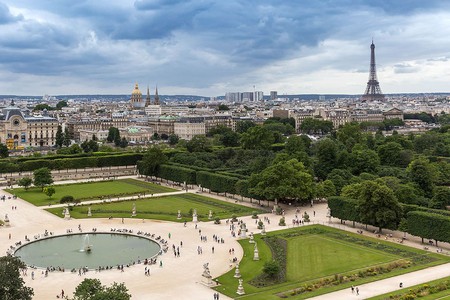 Louvre-Tuileries’ westernmost square has often reflected the sympathies of ruling powers. It began life in 1755 as the Place Louis XV, in honor of the reigning king, but in 1789 became the (bloody) Place de la Révolution. As an act of reconciliation, it was called the Place de la Concorde but Louis XVIII preferred its original name and Charles X went for the Place Louis XIV. The 1830 July Revolution secured its current name. Louis-Philippe finished the square by erecting the 250-ton Luxor Obelisk on October 25, 1836, and installing two fountains, representing commerce by river and sea, in May 1840. 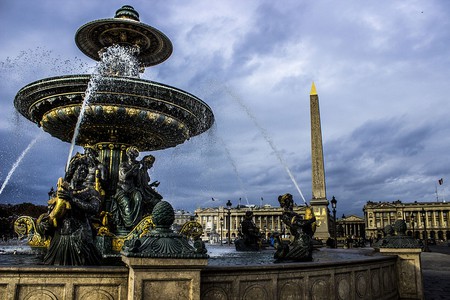 From the bottom of the rue Royale, you have an uninterrupted view of the Madeleine, which was inspired by the ancient Maison Carrée in Nîmes. Before the Revolution, two attempts at church building were made on this site and on his ascension to the emperorship Napoleon determined to make it a military shrine, immortalizing the nation’s greatest generals. Finished in 1807, his monument lasted only seven years before being converted to a church under the Bourbon Restoration. Unrelatedly, on August 12, 1843, the rue Royale witnessed a bizarre natural phenomenon: tens of thousands of butterflies amassed on the road, buildings, and traffic causing wonderment and chaos in equal measures. 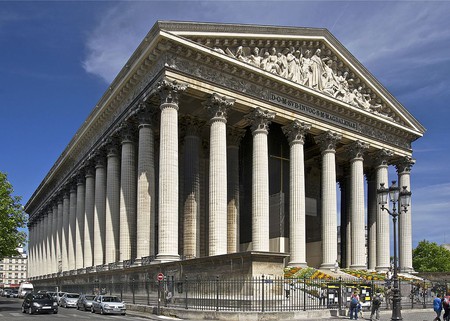 The Place Vendôme’s history centers around its giant column, which was modeled after Trajan’s Column and erected between 1806 and 1810 by Napoleon. His laurel-crowned likeness was pulled down Saddam Hussein-style in 1816 and melted for Henry IV’s statue on the Pont Neuf. In the 1830s, Louis-Philippe replaced it with an updated version as did Napoleon III. During the Paris Commune, Gustave Courbet petitioned successfully for the column and statue to be dismantled on May 16th, 1871, only to be fined the cost of re-erecting them in 1874. This sent him into exile where he died three years later and his paintings were sold off to pay for the job. 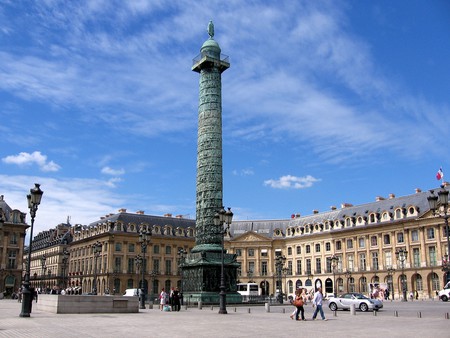 In 1821, the Paris opera moved to the rue Le Peletier while its new home was planned. However, the Revolution of 1848 intervened and public interest in the project dissipated. With the establishment of the Second Empire in 1852 and the appointment of Georges-Eugène Haussmann as chief city planner, it got a significant boost and another on January 14, 1858, when Napoleon III was almost assassinated outside the Salle Le Peletier. By 1860, its construction was a matter of national urgency. So glorious was the 1,979-seat opera Charles Garnier built between 1861 and 1875 that it was immediately given his name. 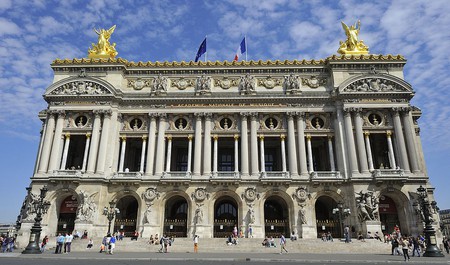 Before the 19th century, stock trading in Paris had taken place at numerous locations around Louvre-Tuileries but they found a permanent home with the Palais Brongniart or Paris Bourse. The building was designed and built by Alexandre-Théodore Brongniart between 1808 and 1813 and completed in 1826 by Éloi Labarre. For over 150 years, this was the center of French trade until the Bourse de Paris merged with other European stock exchanges and relocated to the Euronext headquarters in La Défense in 2000. The building still contains a museum dedicated to its history and that of the market. 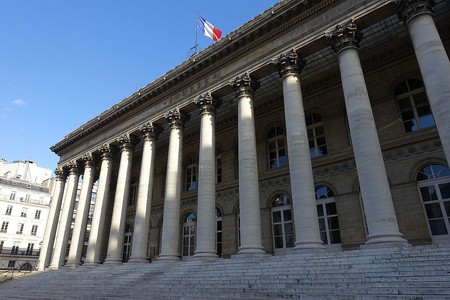 During the late 18th and early 19th centuries, numerous passages couverts sprang up around the Grands Boulevards district. These precursors to the modern shopping mall provided shortcuts across the city and opportunities to shop, dine, and stroll out of the rain. One of the prettiest is the Galerie Vivienne, which was designed by Francois Jean Delannoy and opened in 1826. This covered passageway, which links the stock exchange and the Palais Royal and the Louvre, was popular until the end of the Second Empire in 1870 when the most glamorous establishments moved to the Madeleine and the Champs-Élysées. However, it has since regained its glory. 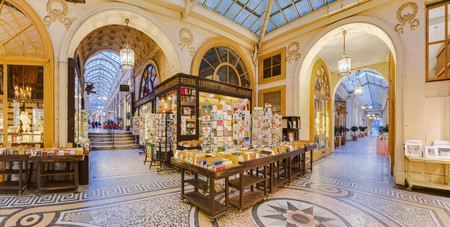