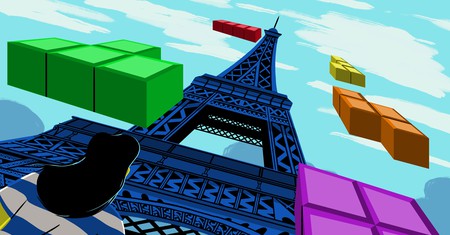 As strange as it might sound, video games are adored in France. Some 30 million French people (52% of them women) play regularly, making them the largest gaming community of any European country, and only American developers produce more games. In Paris, buying, playing and bonding over video games is as easy as completing Level 1-1 of Super Mario Bros.

Where to buy games

While you can find video games in every arrondissement of Paris, at boutiques, specialist chains and large retail brands like FNAC, there is one street in the city that every game lover must make a pilgrimage to: Boulevard Voltaire. Named after the Enlightenment philosopher and located just off the Place de la République, it has an inexplicably high concentration of gaming stores.

You can easily spend an afternoon exploring every inch of the dozens of stores but if you are pressed for time there are a handful that you should check out. Trader Games has been going for 15 years and carries a large range of new and retrogaming products, Maxxi-Games bills itself as the home of cheap games and is open seven days a week, and the passionate staff at Play, Fun, Games live up to the exuberance of its name.

Where to play games (and drink)

Reset is the newest and coolest of Paris’ video game bars, freshly opened in March 2016 in Les Halles. Grab a drink from the menu that includes artisanal beer, craft cocktails and homemade iced tea, and then settle in for an evening of free gaming on vintage arcade machines and consoles like NES, Dreamcast, and PlayStation. You can also challenge friends to brand new or retro football games or even a Rock Band duel. 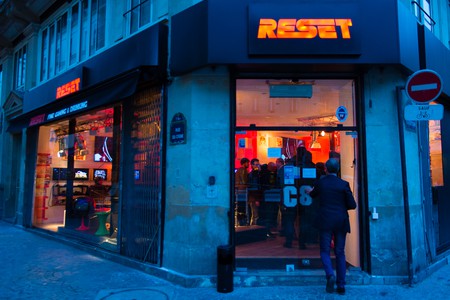 The exterior of Reset │ | © AFJV, Courtesy of Reset

A geek oasis in the already fairly geeky student district of the Latin Quarter, Extra Life Café is as much about quantity as it is quality. To drink you have the choice of 85 milkshake flavors and to play you have around 500 different games to pick from. A €4 ticket gets you an hour on one of the seven consoles. There’s also a library containing a collection of over 6,000 mangas and competition nights on Thursdays.

The MeltDown Bar led the way in gaming and drinking in Paris, with its first location opening in the 11th arrondissement in 2012. You’ll now find franchises all over France and the rest of Europe but the original bar maintains a strong reputation among game enthusiasts in large part thanks to its frequent and highly charged competitions.

Where to see gaming exhibitions

Paris did once have its own gaming museum but the Musée du Jeu Vidéo only lasted a grand total of 10 days in April 2010, despite attracting 5,000 visitors in that time. Since then, it has been fruitlessly searching for a new venue, however, its website does offer a virtual visit.

Thankfully, a museum does exist to satisfy the artistic interests of gamers. It’s called Art Ludique, which translates loosely as ‘Playful Art’, and is part of Les Docks – Cité de la Mode et du Design. The exhibitions feature the best creative work from the world of comics, mangas, video games, live action cinema and animated films, and are almost always multimedia and interactive in nature. 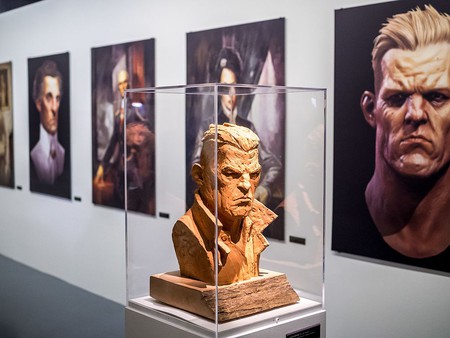 Where to meet fellow gamers

If you are still finding it difficult to form your gaming family in Paris despite your best efforts at the shops, bars, cafés and museums above, then why not give a video game-themed Meetup a go. There are plenty going on in the city and there will surely be one group whose tastes reflect your own.

Last but not least, you might also like to attend Paris Games Week, the highlight of the gaming calendar in France, which is usually held in either late October or early November. The event attracts hundreds of thousands of people and is the best place to see and try out the latest products. 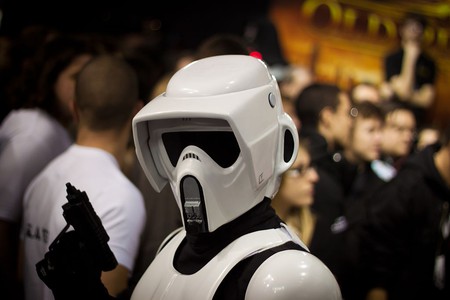