A Tour of Princess Diana's Paris 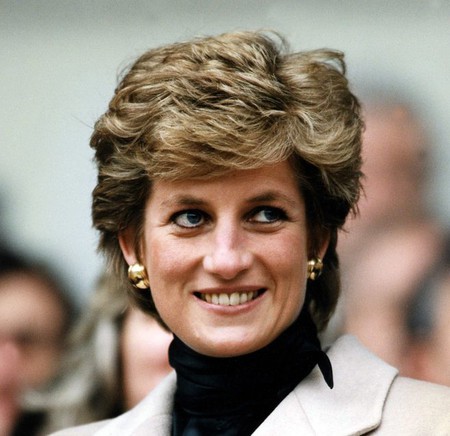 It’s impossible to speak about Paris and Princess Diana without conjuring up memories of one of the greatest moments of collective grief in recent history. But besides being the place where the fashion icon and international do-gooder lost her life, it is a city she loved for its art, music, restaurants, and glamor.

The site in Paris that is the most associated with Diana is the Flamme de la Liberté by the Pont de l’Alma. The car crash that took her life, and those of her partner Dodi Al Fayed and their driver Henri Paul, occurred in the tunnel below in the early hours of August 31, 1997. The monument, which many mistakenly believe to have been installed in her honor, has actually been a Parisian landmark since 1989. It is a replica of the torch held by the Statute of Liberty, which was gifted by France to the United States in 1886. 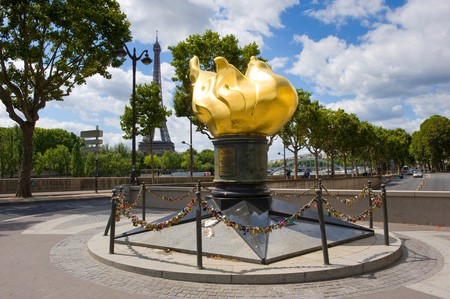 Opposite this somber memorial is a place where Diana spent one of her happiest moments in Paris. The Marius et Janette restaurant sits on the corner of Avenue George V and Avenue Montaigne, overlooking the Pont de l’Alma. In May 1993, the princess traveled privately to the French capital for a weekend break with two of her girlfriends. When they arrived at this chic 16th arrondissement hangout, they were greeted by a star-struck Gérard Depardieu, arguably France’s most famous actor. Apparently, he gushed about her beauty and what an honor it was for France and him personally to welcome her.

As part of Diana’s first official visit to Paris with Prince Charles in November 1988, the royal couple visited one of the city’s Marks and Spencer department stores, one of Britain’s most successful exports to France. Though the princess’ birth name was Diana Frances Spencer, there is no family relation between her and the brand’s founder, Thomas Spencer, who came from rather more humble stock. There hasn’t been a Brit who’s visited Paris that hasn’t been thrilled by the sight of a Marks and Sparks! 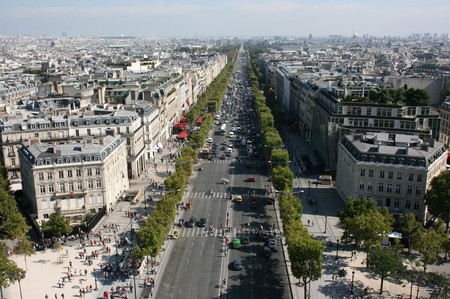 That being said, Diana was famed for her expensive taste and this was unlikely to have been satisfied by the popular chain of stores. Her favorite shopping territory in Paris was what is known as the Golden Triangle: the area of luxury flagships and boutiques bordered by the Champs-Élysées, Avenue George V and Avenue Montaigne. Of all the Parisian fashion houses, she is said to have loved Chanel most of all. It wouldn’t have been unusual for her to drop a coupla thou’ here at a private viewing session, the way only a princess knows how. 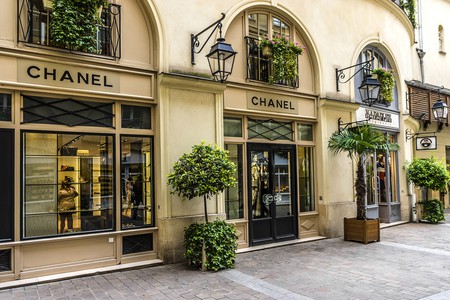 Few people know it but the Grand Palais is where Diana acquired one of her most iconic fashion accessories. During her official visit in September 1995, she attended the Cézanne exhibition at Paris’ glass-roofed museum with Jacques Chirac and his wife Bernadette. France’s First Lady gifted Diana the latest handbag creation by Dior. She fell in love with it and ordered it in every available version. After being photographed with the bag hundreds of times over the following years, the fashion house, with her permission, renamed it the Lady Dior in 1996. 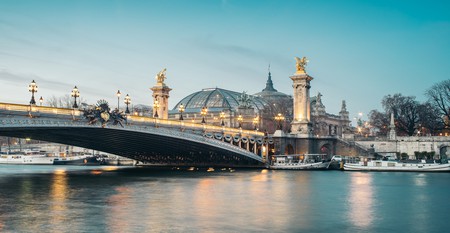 Diana was always a great patron and lover of the arts and if there’s one thing Paris knows how to do it’s show an art lover a good time. During one memorable trip to the city in November 1994, the princess spent time in the company of fledgling ballet dancers at the Conservatoire national supérieur de musique et de danse de Paris. There is little doubt that on one of her many stays in the capital she also managed to see the professionals work their magic on the stage of the Palais Garnier. 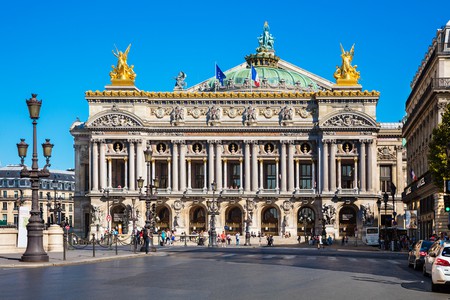 There has of course been much, even endless, speculation about the last hours that Diana spent in Paris. One detail that is known is that Dodi Al Fayed had purchased a $205,400 diamond solitaire ring from the Repossi jewelers on the Place Vendôme, one of the most exclusive addresses in the city. Some believe that Al Fayed planned to propose that night before their evening was derailed by the French paparazzi. However, an inquest into their deaths cast doubt on this claim.

Diana and Dodi spent their last evening together dining in the Imperial Suite of the Hôtel Ritz, a historic Parisian institution also on the Place Vendôme, which has in the past been the hangout and home of famous names like Ernest Hemingway and Coco Chanel, and which was owned by Al Fayed’s father, Mohamed. The couple had flown into Paris that afternoon after a yachting holiday in Sardinia, where they had been photographed relentlessly by the press. In the capital, too, they were trailed everywhere by the paparazzi. 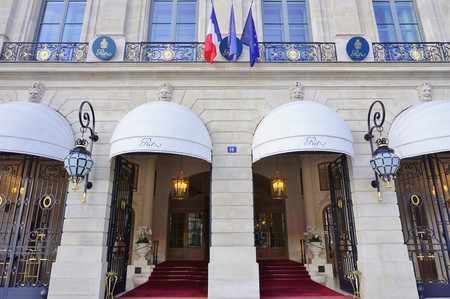 So aggressively were they stalked that they had to abandon their original dinner plans for the evening. They had initially intended to eat Alain Ducasse’s Chez Benoit, famously the only Michelin-starred bistro in Paris. However, as they were being driven towards the address in the 4th arrondissement, it became clear that the pack of photographers on their tail was too large to go through with their plan. It’s for this reason that they ended up at the Ritz and ultimately in the tunnel beneath the Pont de l’Alma.

Unbeknownst to even the most passionate fans of Princess Diana, the City of Paris has installed a dedicated memorial in her honor. The Clos des Blancs Manteaux is a 1,000m2 flower and vegetable garden for schoolchildren in the Marais. The £930,000 renovation of the disused courtyard wasn’t met with universal acclaim on its unveiling in February 2001. Some commented on the lack of connection between the princess and both the neighborhood and the site – she once said “I never cook” and that she left the gardening to her husband. 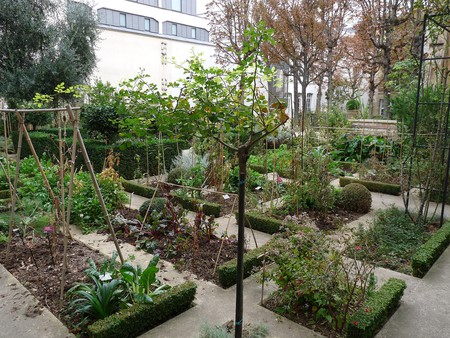