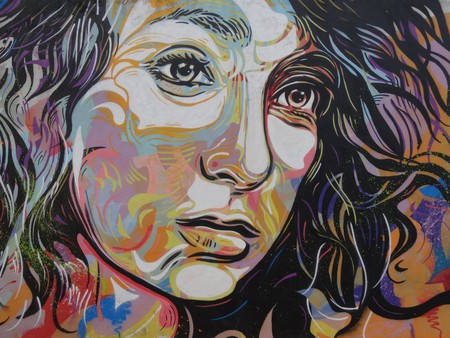 Vitry-sur-Seine is tucked away from tourists in the southeastern suburbs of Paris, France. But, with its colourful, graffiti-covered streets and eye-catching murals, it’s well worth the trek.

Vitry-sur-Seine boasts the richest collection of street art in Paris – the area feels like an open-air museum, bursting with colour and vibrancy at every turn. It has attracted hundreds of artists over the years, each one eager to conquer new urban territories with their unique and expressive craft. 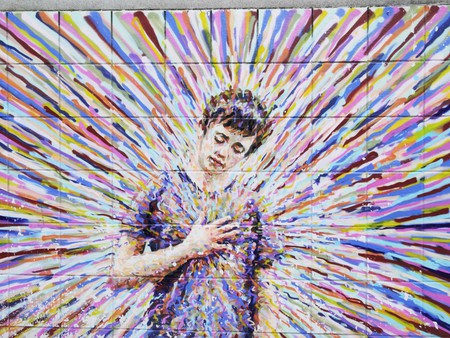 From graffiti to stencil painting, mosaics and collages, the landscape of Vitry-sur-Seine is a never-ending voyage of artistic discovery.

Simply wandering through the streets is a pleasure, and you’ll find yourself stumbling across imposing masterpieces often when you least expect it.

For example, the artist KOUKA has sprawled an enormous warrior and spear artwork across the side of a bleak, grey tower block to gaze out across the surrounding park. 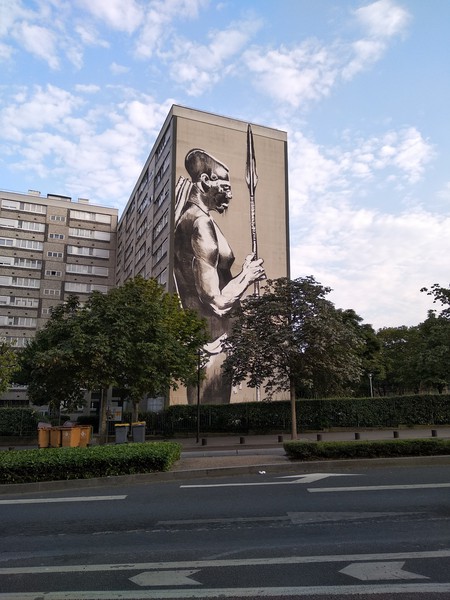 Sometimes artworks are plastered across the corner of a building, other times they trail along a wall or over a letter box. You can also find street art lurking behind doors and drainpipes, as the artists of Vitry-sur-Seine claim back the city as their own.

The artist NUNCA has re-imagined the industrial personality of the region in an epic surreal landscape that completely covers the side of a building. 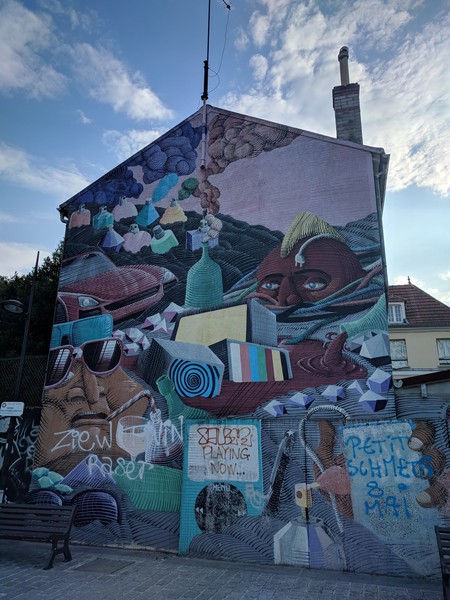 Culture Trip met STeW, a talented urban painter from Paris who knows these streets inside out, to learn more about the artistic legacy of this legendary place. 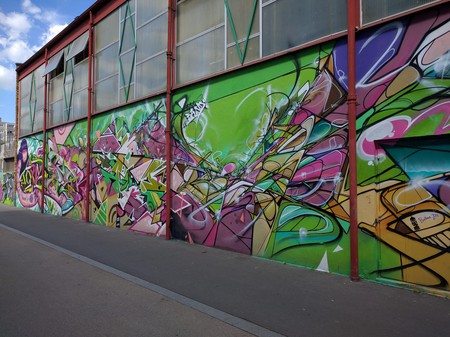 “Vitry-sur-Seine has been my home for six years now,” says STeW. “There’s a lot of street art here from artists all around the world. I think there are more than 300 pieces, it’s a playground for street artists.” STeW’s prints often flaunt a dazzling combination of intricately designed patterns. 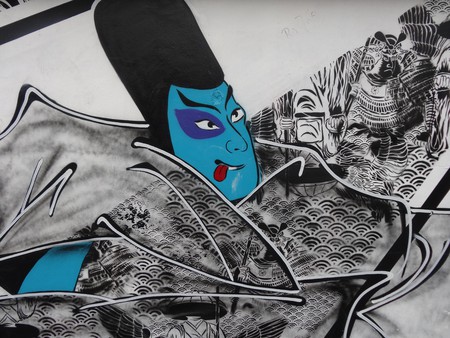 The trend of street art in Vitry was spurred on by C215, a leading global street artist. His real name is Christian Guémy and he has been making ephemeral works of art since 2006.

He came to Vitry to display his art in a community that is very open and receptive to urban painting, and has stayed there ever since, inspiring other local and international artists to do the same. 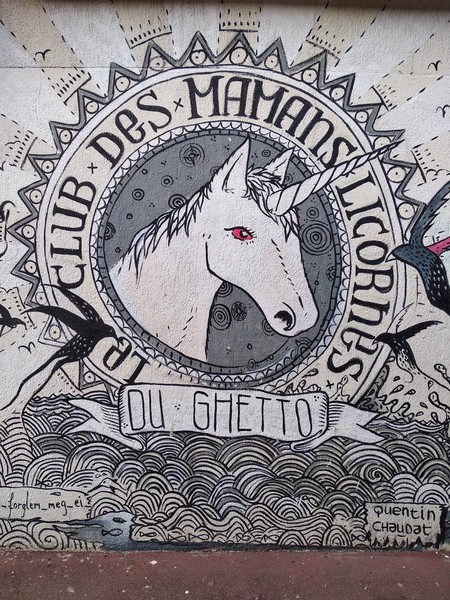 Some of C215’s artworks have disappeared but there are still some portraits of his daughter, Nina, and famous people on display in Vitry, as well as fun animal prints.

“I started graffiti in 1996 but my first stencil wasn’t until 2008,” explains STeW. “Since 2002, I’d been working for a graphic design agency. But in 2008, I wanted to find a way to transfer my drawings onto the street and stencil was the best way.” 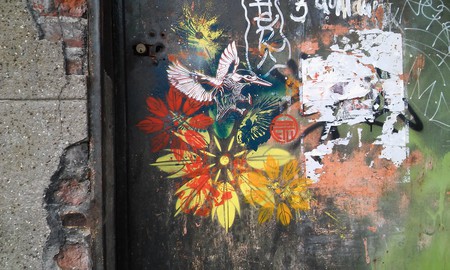 “For me, birds represent freedom. I think humanity should see the world from the sky like a bird and realise just how beautiful the earth is.” This beauty is suggested by the explosion of vibrant colours. 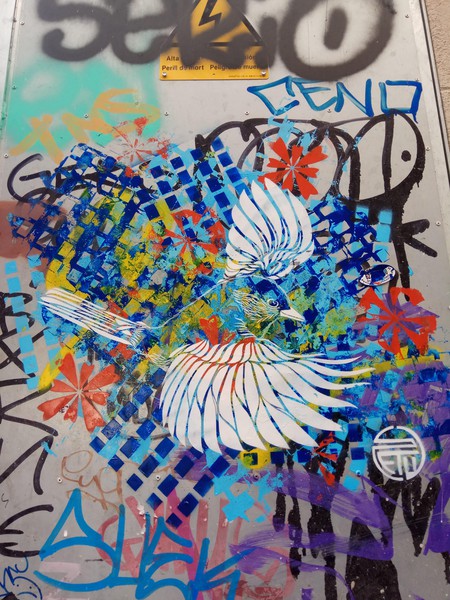 What’s special about Vitry-sur-Seine is that it promotes the appreciation of art as accessible to all. The artworks here have become entwined with the local urbanscape to such an extent that these spaces have now become part of the artwork itself. 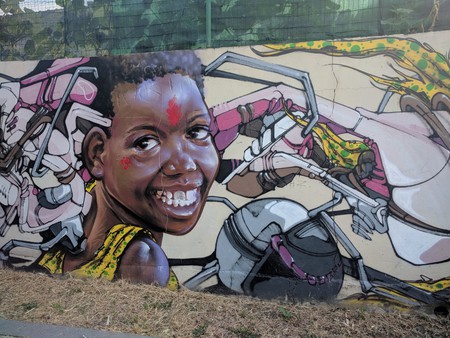 Vitry-sur-Seine attracts attracts a high concentration of street artists, not just because the local community and council are more relaxed about graffiti and because there’s a wealth of open spaces available to reclaim, but also as a result of the number of photographers who pass through and feel inspired to take pictures. When people share photos of the artworks across social media, it raises the profile of the area. 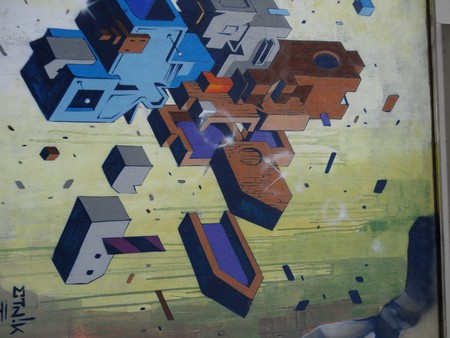 The street artists in Vitry-sur-Seine are not afraid to be controversial at times. “Street art in Vitry is always political, that’s why there’s so much of it. The goal is to make people think,” says STeW. “I’m not a genius, but I think cities need more art than advertising.” 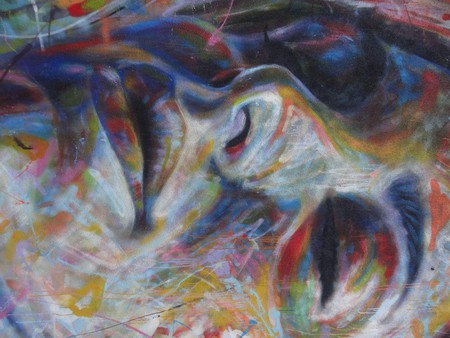 One of the best ways to discover the street art of Vitry-sur-Seine is to book a guided tour with a local expert, such as this tour, led by artist Kasia. The excursion lasts two and half hours and is conducted in English, letting you discover the most vibrant selection of murals and graffiti the city has to offer. 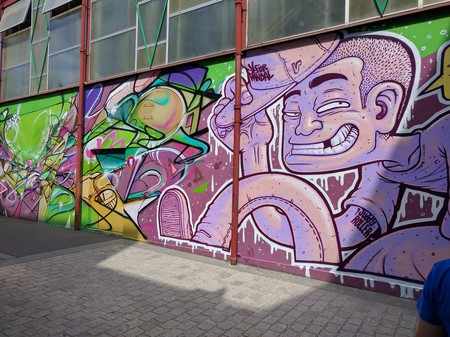 However, you don’t have to book a guided tour to discover these artworks. You can explore the neighbourhood for yourself without spending a centime. There’s a really handy interactive map online that shows you exactly where each artwork can be found.