‘A Story of Ophelia’: Exploring Visions Of Femininity With Anouska Beckwith

Anouska Beckwith is a European multi-disciplinary artist whose work is often host to the ethereal world: ‘Nature and the feminine are often present themes throughout her body of work.’ We interviewed Ms. Beckwith in June 2015 when her photographic exhibition, Transcendence was on display at Three Squares Studio in NYC. This time around, Ms. Beckwith has shared a short film, titled ‘A Story of Ophelia,’ which represents Shakespeare’s tragic character of the same name. We find out more. 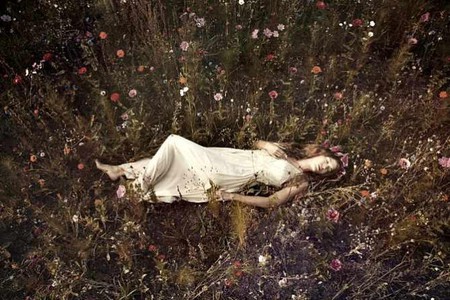 On the topic of Shakespeare, Ms. Beckwith confessed, ‘Growing up in England, it is hard not to be a fan of Shakespeare as he is one of our great writers. He is very much ingrained in our culture.’ She chose to explore the character of Ophelia after studying Shakespeare in school. ‘When studying Hamlet at drama school I found it remarkable that Ophelia had so few lines, yet had such a strong presence throughout the play. I felt there was a lot left unsaid and for a long time thought how I could explore her more as a character.’ So born was the idea for ‘A Story of Ophelia.’ 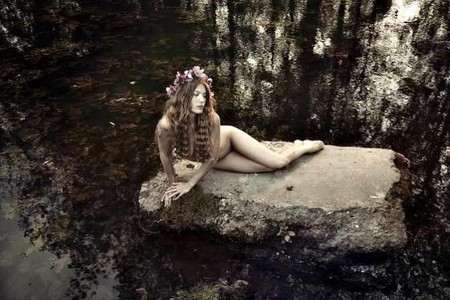 The desire to elaborate upon Ophelia’s tragic story stayed with Ms. Beckwith. She shared that from the moment she began taking photographs, she always had the idea of creating a photographic series and short film about Ophelia, but ‘… had never met the ‘right’ muse for the piece. Then at the beginning of last year I was on a shoot for Sciences Occultes magazine and I met Veroushka Khvost, an incredible landscape artist who was making these beautiful flower crowns for the shoot. Over the course of the day we were talking about art and inspiration… She then asked me if I had ever wanted to create a story about Ophelia. Veroushka told me she knew the perfect location in Normandy and a month later we were shooting. It felt as if the stars were in line.’ 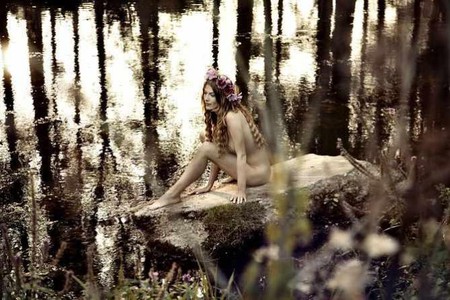 The story of Ophelia’s character is an important one to tell, says Anouska. ‘…So many women throughout history are given a side note or forgotten completely. I find those people more interesting than the obvious choice as there is an element of mystery, which I find allows you to be more creative.’ Teenage Ophelia is not only a representation of young women today, but is a character that Anouska feels connected to as well.

‘When I was a teenager, I used to fall in love and felt that it was the end of the world when it was over. Everything is so much more heightened when you are that age, you become a victim to the situation rather than the hero so in that way I feel that Ophelia is representative of our current society.’ Ophelia’s tragic story of love and loss is one that many young women today can feel and understand. ‘Ophelia wished to be loved yet she is betrayed by the people she cares for the most. I think love is an incredible emotion but it can make us do crazy things. It can make people lose all sense of who they are and can forever taint you. You need to be careful who you give your heart to.’ 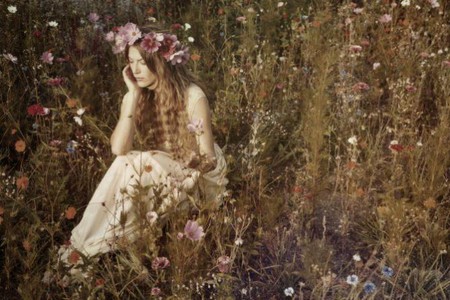 At the end of the film there is a quote from Ophelia that reads, ‘Tis’ in my memory lock’d/And you yourself shall keep the key of it.’ When asked about what this represented, Anouska says, ‘I chose this quote as I found it romantic and poetic. I have always loved the symbolism of a key as it were leading you to find a secret world. I thought that it could close the film as if it were a message for the viewer, asking them to keep the memory of her story in their minds.’

The overall style of ‘A Story of Ophelia’ certainly helped in keeping ‘the memory of [Ophelia] in [our] minds.’ The film was given a vintage feel both in aesthetic and sound. Ms. Beckwith has ‘ …always enjoyed the dream-like effect of old movies. In this case I wanted it to feel as if it were a flashbacks of Ophelia’s memories before she died.’

Maxime Sokolinski created the musical score for ‘A Story of Ophelia.’ Sokolinski and Beckwith ‘…felt that classical music would have a timeless feel that worked for the story and the message. It is always a pleasure to work with him, as we have created quite a few different projects together. He is an extremely dedicated musician and creative, so it is always inspiring to be around.’ 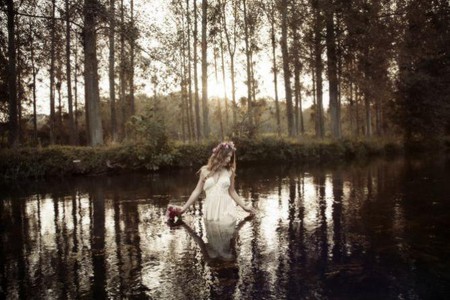 Anouska Beckwith is certainly keeping busy after ‘A Story of Ophelia.’ Presently, she is working on a music video with ‘…American singer Katy Rose, which we shot over the summer in an incredible French chateau just outside of Paris. Katy and I have known each other since we were twelve years old so it was an exciting and beautiful experience to create something so special together…’ She is also ‘…collaborating on a series with the French/Syrian embroidery artist Poline Harbali called ‘War In Heaven’ which is about a fallen angel on earth having to fend for herself in our chaotic reality.’

And now, for our feature presentation, you can find Anouska’s stunning short film, ‘A Story of Ophelia’ below: