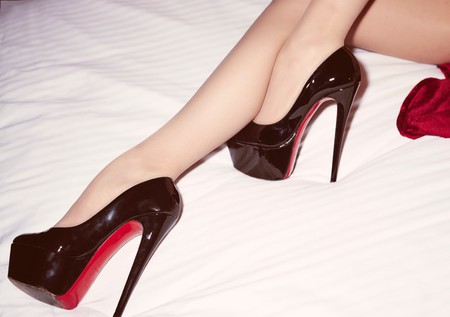 Hosiery is an opening salvo to the skin. It’s an accent, a finishing touch. Hosiery is erotic and mysterious and creates intrigue around the body. Artist Chris Luttrell, who works in various media, including fashion photography, explains his hosiery fetish. “From a creative or technical standpoint, hosiery creates a highlight to draw the viewer’s eye to appealing parts of the body.” It’s no revelation that much of fashion’s allure hinges on illusion. Hosiery is the most suggestive of all, which is why stylists never arrive on set without a pair of hose. The right hosiery can correct a lighting effect, slim, contour, and elongate the leg. 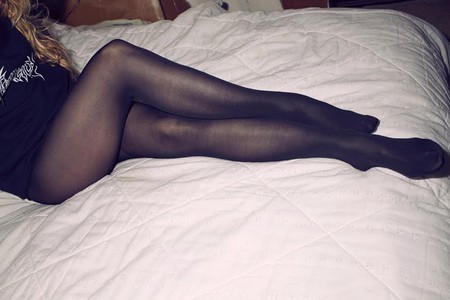 “You’re so close to bare flesh,” Luttrell explains, “but there’s this extra layer — a barrier, so to speak, which heightens the arousal factor. It’s like the person is just out of reach. There’s also a bondage element that goes into it because the fabric is tight fitting.”

Stepping outside the fetish for a moment, the social politics of hosiery include a connotation of luxury, primarily because when hosiery first hit the market, there was nothing quite like them. Once fashioned from silk, it wasn’t until the 1920s, when synthetic fabrics were invented, that pantyhose hit the shelves of department stores, according to The Telegraph. Women who wanted to be de rigeur traveled to Paris in pursuit of the finest black stockings. During World War II, when nylon fabric was being rationed and reallocated to the military to produce parachutes and ropes, fashionable women would often paint seams onto their legs, creating the illusion of pantyhose. Such an anecdote highlights the pleasure hosiery gives the wearer as well as the viewer.

“One of the highlights of fall for me is that women start wearing tights and pantyhose again,” Luttrell says. “It drives me crazy. Women I’ve talked to about hose express how sexy wearing hosiery makes them feel, which is a total turn on.” 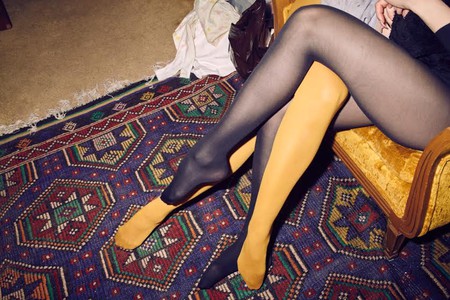 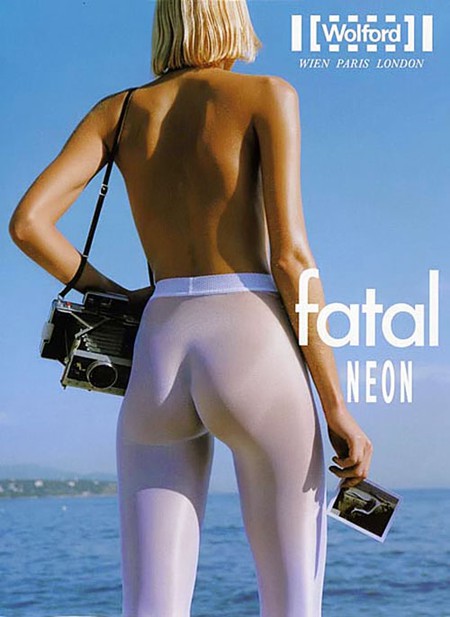 Newton’s hosiery campaign catapulted hosiery into the realm of high fashion, as stockings became associated with fetish — which according to Freud, is simply the displacement of fantasy and desire onto an object. In the 1980s, Newton’s campaign helped signal a departure in cultural consciousness away from the idea that hose inhibit a woman’s movement and safeguard her modesty. 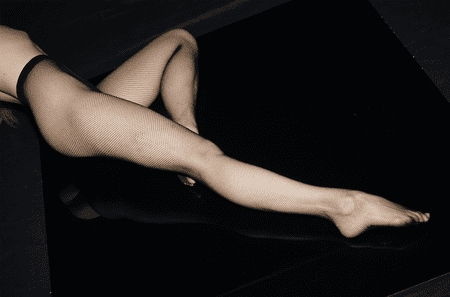 Today, millennial women from Duchess of Cambridge Kate Middleton wear pantyhose as opposed to a bare leg, and hose are part of the dress code at Bank Swiss, according to Forbes. In the Hasidic community, girls start wearing hosiery at the age of six, and Judy Brown, a writer who chose to leave her ultra-Orthodox Hasidic community explains, dark colored pantyhose are forbidden, while beige tights become enmeshed with a Hasidic woman’s identity, or so Brown explains. 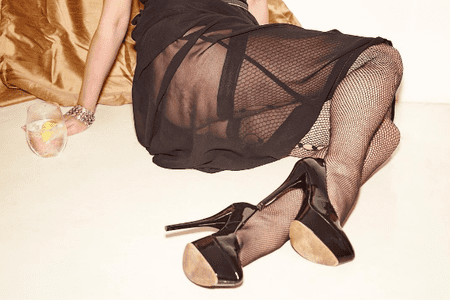 ©Chris Luttrell
Give us feedback