A Local's Guide to Taking the Paris Metro 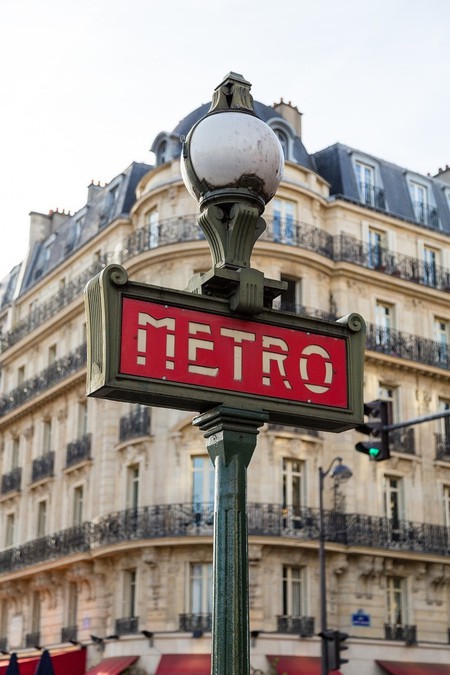 It’s usually a pleasure to travel on the Parisian metro, with grandiose architectural designs and accordion tunes singing at almost every station. But if you want to make the most of your metro-hopping and avoid any fines or awkward stares, then make sure to follow this handy guide.

Get yourself a map

The first thing to do is to get a map. If you don’t want to spend money when free digital versions are available, then there is the RATP app that you can download. What’s great is that it allows you to view up-to-the-minute timetables in real-time.

As well as the practical benefits of being able to generate an itinerary, a map will also make sure you don’t miss any of the architectural gems. It helps you better plan your route, sort of like a metro tour.

Concorde metro leaves its commuters totally awe-struck, for example, as its walls are plastered with an enormous crossword puzzle. There are also plenty of ghost stations lurking too, if you know where to look. 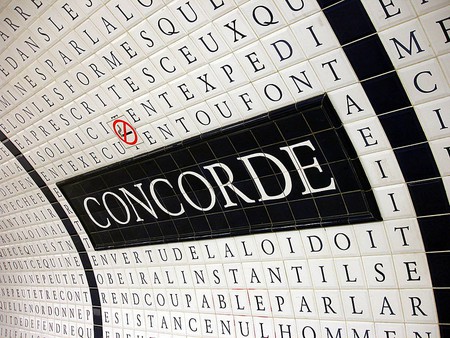 Never board without a valid ticket

In London, most central stations have a tapping out system that makes it impossible to escape without a valid ticket. However in Paris, people only need the ticket to get in as all exits open automatically. While it might seem tempting to some people to skip the ticket buying, those who do so risk getting hit with a very high fine.

Always buy your tickets in advance

Paris is the world’s top tourist destination, and so it should come as no surprise that it can get incredibly busy. For this reason, you should make sure to buy your tickets in advance to avoid any queues. This is particularly important when you’re visiting the major landmarks.

The famous Notre Dame cathedral entices 13.6 million visitors a year, and Montmartre’s Basilique du Sacré-Coeur isn’t far behind with 10.5 million, so these are by far the busiest metro stations. The Louvre station and airports (CDG and Orly) often have long queues at the ticket machines too.

Not only will you save time if you buy your tickets in advance, but you’ll also save money too. Each single ticket costs €1,90, whereas if you purchase a carnet of 10 tickets it comes to just €14,90. Buying an advance pack of 10 will last you longer and cut out the queues.

Never walk the wrong way down the metro

This might sound like a peculiar reminder, but it’s quite easy to get lost on the metro. However, there’s nothing worse you can do than to disobey the “sens interdit” or “passage interdit” (no entry) sign. These French phrases are some of the first you should learn.

There have been numerous cases of tourists walking the wrong way through passages at Paris Metro stations after getting lost. But in almost every case, you get caught. When you do, you’ll be forced to pay a fine that can range from €25 to €65. The rule is to stick to the approved passages on the Paris Metro, where the crowds are going, because even lost tourists won’t be let off lightly.

Most people get on and off at Paris’ Abbesses Métro Station after they’ve been on a tour of Montmarte’s iconic filming locations for ‘Amélie’. Some will have to wait a little while for the lift, making it tempting to take the stairs. However, at an epic 36 metres (118 feet) and around 200 exhausting steps, Abbesses is the tallest station in the Paris Métro system. Riders are definitely better off waiting for the elevator.

Don’t rely on the Métro being on time

With the ability to escape the traffic jams that buses get stuck in most of the time, Paris’s Métro system is one of the most convenient ways to travel around the city. However, it all depends on the Métro line.

Riders taking one of the modern automated sliding-door metros like Line 1 are somewhat less likely to encounter the problems of older Métro trains like those running on Line 11, like its lights that flicker off between Châtelet and Hotel de Ville and some hold-ups between stations.

Make sure to allow extra time, especially if you’re travelling to the airport. You should also make yourself aware of any strike action.

What to do if you lose an object

If you have lost something, rest assured that the staff are obliged to help you launch a search for it wherever you may have lost it across the metro, bus, RER and tramway network. The best plan of action is to inform a staff member of the loss as soon as you realise it, making sure to provide as much detail in the description as possible.

You should also give your contact information, and make sure to add in the international dialling code. Without the dialling code, the staff might not be able to get through to you from their French number when they find your item.

Whilst contacting the station agent is most likely to yield quicker results, there are also numbers available for you to call Customer Service if you’re no longer in the metro, though the calls can get quite costly.

What to do if you fall onto the rails

This is advice for the worst case scenario, and very unlikely to happen, but it’s always best to know the basic three rules. The most important one is to never, ever touch the rails.

Making sure to keep calm, you should then check whether a train is coming, using both ears and eyes. If there isn’t one, then you should run in the opposite direction from where the train would come from until you reach the far end of the platform. Not only will this ensure that the driver will have enough time to stop the engine. But often on the Parisian metro, there are steps at the end of the platform where you will therefore be able to climb back up.

If however, the train is already approaching, you should lie face-down with your head towards the train in the middle of the tracks. This sounds terrifying, but rest assured that there is definitely enough room.