A Day Trip From Paris To Versailles 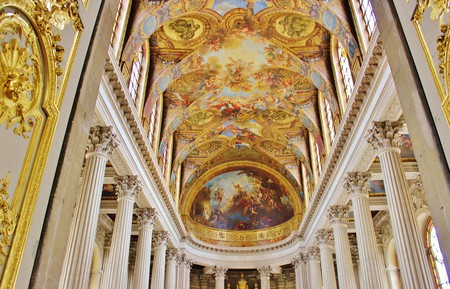 Chapel at the Palace of Versailles │© Mariamichelle

Of course, for most people the point of going to Versailles is to spend the entire day at one of the world’s most famous palaces, but this historic suburb of Paris has even more to offer those who take the time to travel there. There are fabulous restaurants and lively bars in which to soak up a more provincial French atmosphere than you’ll find in the capital and lesser known cultural sites well worth exploring.

The easiest way to get to Versailles from Paris is on the RER C. The journey is included in the price of a Navigo or else costs 7.10€. When purchasing tickets, make sure to select Versailles-Château – Rive Gauche as your destination. You can hop on a train at any of the RER C stations along the Left Bank, and from Invalides the trip is exactly 30 minutes. Look out for some of the specially redesigned carriages to start your day trip in style! You can also take the N Train from Montparnasse to Versailles-Chantiers in 25 minutes. 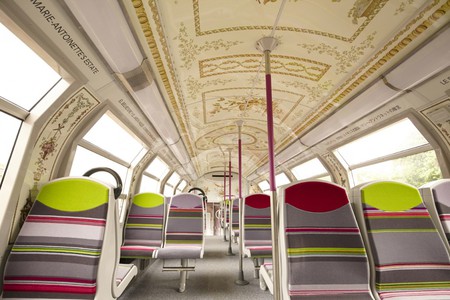 What to do during the day

Between the spectacular chapels and chambers of the main château, the grottos and lakes of the gardens, the Grand and Petit Trianon, and the Queen’s farm, you can spend the entire day in and around the palace grounds and still not see everything. Another stop to add to this list is the Galerie des Carrosses, which reopened after seven years in May 2016, where you can see some seriously fabulous carriages. Be warned that the queues during the high season can be extremely long, so get there as early as possible. For some additional history on the town, you can head to the Musée Lambinet, and the Paroisse Notre-Dame de Versailles is also worth a look. 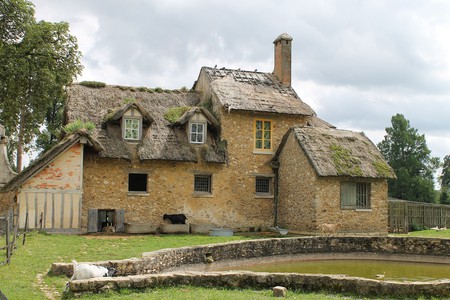 If you spend the day entirely inside the palace grounds, your food choices will be limited to museum-style cafés and restaurants. Though the food is pretty decent, you can expect queues, a wait for a table, and a general vibe of touristic exhaustion from your fellow diners. If you venture into the town, there are a number of quality restaurants to choose from. L’Angelique is just a few steps from the palace and offers modern French cuisine in an intimate yet elegant dining room. La Table du 11 is a new choice for foodies in the Saint-Louis quarter; it is open for lunch and dinner, but closed on Sundays and Mondays. Restaurant La Tour is a more relaxed choice but not one for vegetarians – they are all about the beef. Alternatively, try Le Blé Noir for the best crêpes in town.

La Pirogue is a little bar in the center of Versailles with a huge cocktail menu. There are some 300 to choose from, with and without alcohol, at this rustic tavern, famed for its hospitality. Café la pêche is a rival cocktail bar, but with a totally different vibe. It has been open since 1909, but was refurbished in July 2016 in a trendy, industrial style. They also have a cracking wine list and meat and cheese selection. Another popular drinking establishment in the town is Le Baradoz. They offer an equally impressive range of beers and have a happy (three) hour(s) every day from 6:00pm to 9:00pm.

What to do at night

If you plan on catching the very last train back to Paris, or even on staying the night, you might want to consider seeing a show at the Royale Factory. This performing arts theater has a diverse program from comedy to musicals and even karaoke as well as a lively bar. For a more classical night out, the Opéra Royal de Versailles offers an unforgettable experience. Located within the palace grounds, it is one of France’s major opera houses. Planning for its construction began in 1682 and it was finally opened on May 16, 1770, the day of Louis XVI and Marie Antoinette’s wedding. After two years of renovations, it was reopened in 2009.

If you plan on turning the day trip into a weekend break (or miss the last train home), there are plenty of great hotels in Versailles in which to spend a night or two. The Trianon Palace Versailles, A Waldorf Astoria Hotel is just on the edge of the palace grounds and is a work of rococo extravagance. The building itself dates from 1907 and in addition to plush, chicly decorated rooms, guests can enjoy Michelin-starred dining at the Gordon Ramsay restaurant. Logis Hôtel la Résidence du Berry in the Saint-Louis quarter is a three-star boutique hotel. This 18th-century building has been tastefully refurbished and retains original features like the beamed ceilings. The ibis Versailles Château hotel is a solid budget alternative.