A Brief History of Shakespeare and Company, Paris' Legendary Bookstore 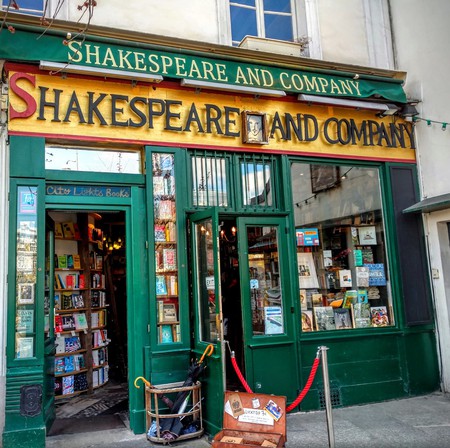 The iconic bookstore, Shakespeare and Company in Paris | © stmaciorowski/Pixabay

Shakespeare and Company was founded in 1951

An American serviceman, George Whitman opened a bookstore in 1951 on Paris’ Left Bank. He arrived during World War II to study at the Sorbonne on the G.I. Bill and never left. He chose an old 16th-century monastery for his new business on a prime piece of real estate; it’s just minutes from the famous Notre Dame Cathedral where the Hunchback hangs out and on the steps of the river Seine. It is arguably one of the most famous bookshops in the world and quickly gathered a reputation where literary types from the Beatnik Generation would always find a home through the 1950s and 60s. 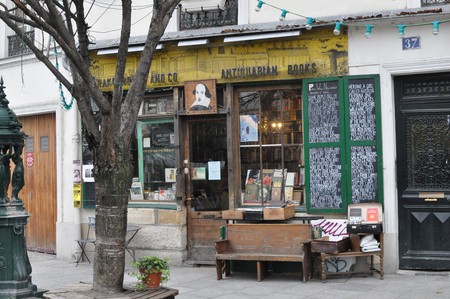 This bookstore takes its name from an older store which was started in Paris in 1919, by a lady called Sylvia Beach, another US expatriate. It was at 12 rue de l’Odéon and in the years leading up to World War II, it became a literary haven and a publisher in its own right – it was the only place that published James Joyce’s Ulysses in its entirety when no one else would. The store was closed by the Germans in 1941 and Sylvia was interned. Ernest Hemingway is said to have arrived at the shop after Paris’ Liberation and personally declared it reopen, but it never did. At least not in the same location or with the same owner. Sylvia Beach bequeathed the official name to George Whitman in the late 1950s and upon her death, he renamed his bookstore, Shakespeare and Company, in her and the store’s honour. He had originally called his store Le Mistral. 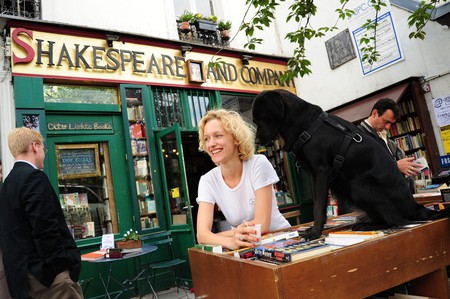 Sylvia Whitman, the current owner of Shakespeare and Company and daughter of founder, George | © craigfinlay/Flickr

In its first incarnation under Sylvia Beach, the bookstore was home to the Lost Generation; writers and artists who were trying to write their way out of the horrors of World War II. Many like F. Scott Fitzgerald and Ernest Hemingway found kindred spirits in the store. Under George Whitman, the shop welcomed a new generation of writers, including Allen Ginsberg, Henry Miller, Anaïs Nin, and Ray Bradbury. William S. Burroughs is said to have studied Whitman’s collection of medical textbooks to research portions of Naked Lunch and gave its first reading there before it was really finished. Today, you are as likely to find Zadie Smith giving a book reading as you are Martin Amis or Philip Pullman. 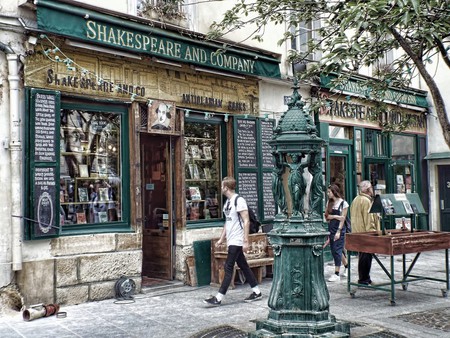 Shakespeare and Company in Paris | © esartee/Flickr

Under George Whitman, aspiring writers were encouraged to stay in the bookstore in various cots that are dotted around the place. He called these people the ‘tumbleweeds’ – people who roll around the place, hoping to write their best work. Tumbleweeds have always been offered a free basic bed for the night in exchange for a couple of hours work each day, the promise to read a book each day, and to write a one-page autobiography. Ethan Hawke is among an estimated 30,000 people who have tumbleweeded at the store – he stayed there for six nights when he arrived in Paris at age 16. Since George Whitman’s death (and before), it is his daughter Sylvia Whitman (named after Sylvia Beach) who runs the store and this truly exceptional literary dynasty.