A Brief History of Paris’s Notre-Dame 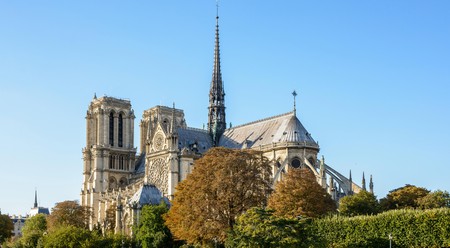 Of all of Paris’s many monuments, Notre-Dame has the longest and richest of histories. This vast Gothic cathedral has commanded unparalleled views of the Île de la Cité for more than 850 years.

Between the 11th and the 12th centuries, Paris emerged as the centre of power in France, politically, economically and intellectually, and the largest island in the Seine was the city’s beating heart. On 12 October 1160, Maurice de Sully rose to the office of Bishop of Paris and stated his intention to demolish the Church of Saint-Étienne and erect in its place a monument to the Virgin Mary that reflected the new status of the capital.

The first stone was laid three years later in the presence of King Louis VII le Jeune and Pope Alexander III. The first period of construction in the building’s history lasted for almost 200 years, during which numerous architects, including Jean de Chelles, Pierre de Montreuil, Pierre de Chelles, Jean Ravy and Jean le Bouteiller, contributed to its new Gothic style. It was finally completed in 1345. 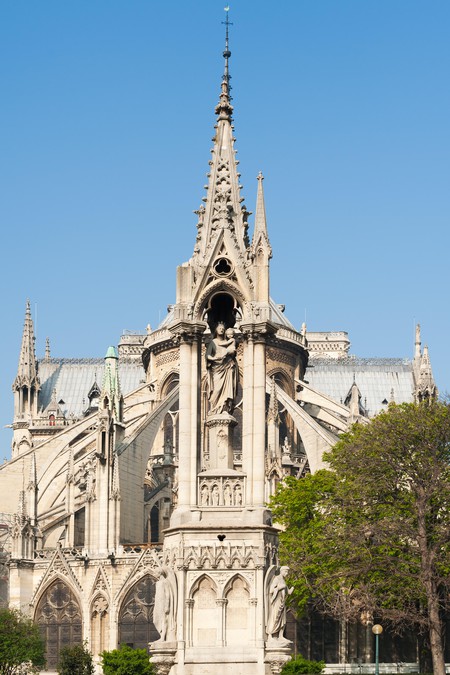 One of the first momentous events in Notre-Dame’s story came in 1431 when Henry VI, the King of England, was also crowned the King of France on 16 December amid the Hundred Years’ War. Earlier that year, the conflict had claimed the life of one of the most discussed figures in French history, the 19-year-old Joan of Arc, who was burned at the stake as a heretic. On 7 July 1456, an inquiry found her innocent of all crimes and declared her a martyr. In 1909, she was beatified in Notre-Dame by Pope Pius X and made a saint 11 years later. 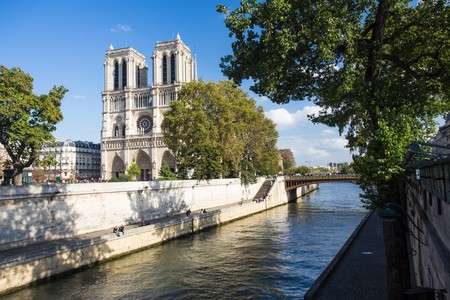 During the 16th century, the condition of the cathedral deteriorated significantly, with tombs and stained-glass windows destroyed in the name of modernisation and external features removed or vandalised due to claims of idolatry. However, Robert de Cotte led renovation works in the 1600s under the wishes of Louis XIII. It was in this period that it gained its famous organ, which boasts 8,000 pipes.

Its fate turned downwards again during the French Revolution. The church was turned into a food and wine store and fell into disrepair. Many of its statues also lost their heads, though due to hammer blows rather than the guillotine. The severed heads were thought to be lost until they were discovered in 1977 and can be seen today at the Musée de Cluny. 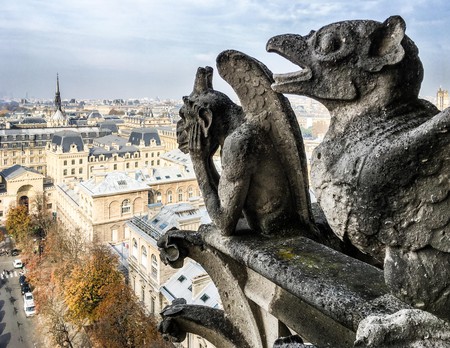 By the turn of the 19th century, the cathedral was on its last legs. But Napoleon saved it from ruin and was crowned emperor there in December 1804. Further much-needed restoration took place between 1845 and 1870 under the government of King Louis Philippe I – in no small part due to a rise in the cathedral’s popularity after Victor Hugo’s novel Notre-Dame de Paris was released in 1829. The architects Eugène Viollet-le-Duc and Jean-Baptiste Lassus oversaw the work, with the former continuing on alone after his partner’s death in 1857.

Thankfully, neither of the World Wars brought significant harm to Notre-Dame, though various artworks were removed for fear of Nazi vandalism or looting. More cautious modernisation followed in the second half of the 20th century, including the mechanisation of the 13-ton Emmanuel bell and the extensive cleaning of the facades and sculptures. 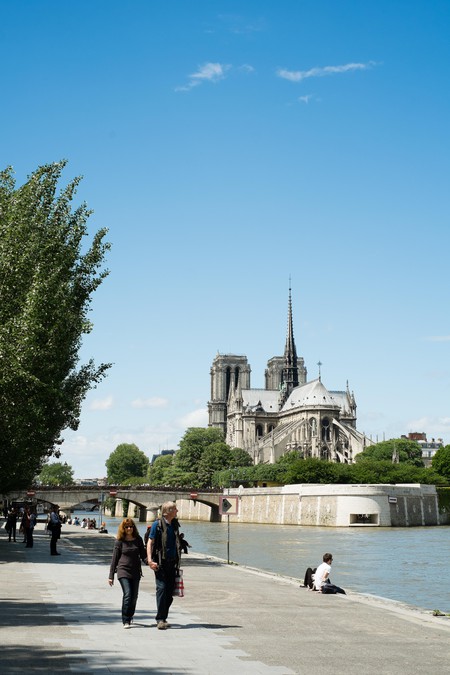 On 15 April 2019, the world watched in horror as a fire consumed the cathedral’s spire and Medieval roof. This outpouring was swiftly met with a collective sigh of relief when news broke that Notre-Dame’s bell towers survived the blaze, along with the three iconic rose windows and its centuries-old organ. It might be a while before visitors can stand in front of the 850-year-old cathedral and let the bell chimes wash over like a Medieval sound bath, but Notre-Dame de Paris is an old hand at recovery and she’ll be back in action soon enough. 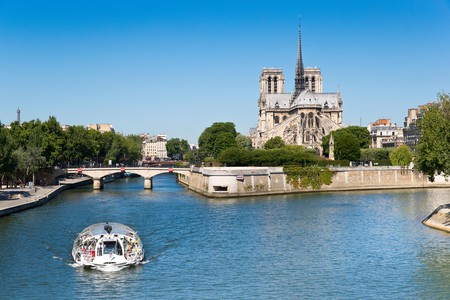