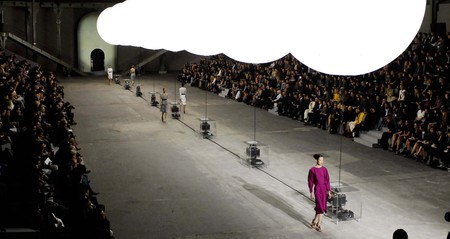 As one of the ‘Big Four’, the looks sent down the runways at Paris Fashion Week have been igniting trends and shaping the future of the industry for decades. But the glitzy event we love today, which comprises 90-odd shows and injects €400 million into the Parisian economy, was well over a century in the making.

Before Fashion Week there was simply fashion and before that there was… well, it doesn’t bear thinking about. Fashion as we know it – an art form governed by a delineated set of rules that strives for reinvention – was born in the 18th-century salons of Louis XIV. His court was the original glitterati, whose styles were copied by well-to-do folk everywhere.

In the 1850s, French designers recognized the utility of showing their creations at once to a select group of high society clients rather than hosting dozens of individual consultations. One man in particular, Charles Frederick Worth, also credited with founding Paris’ first haute couture house, embraced and promoted this innovation.

These défilés de mode were conducted optionally and sporadically for the next 100 years. Only in 1945 did the newly formed Chambre Syndicale de la Haute Couture make them a necessity. Their insistence upon presentations, containing at least 35 pieces of daytime and evening wear, was actually a reaction to New York publicist Eleanor Lambert’s Fashion Press Week of 1943. 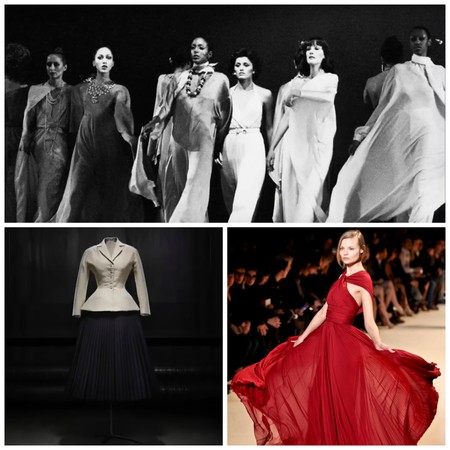 For decades, French fashion houses dominated global tastes, with American designers often purchasing licenses to replicate their designs. But as the 1960s ended, times were a-changing and, again, Parisian designers had to evolve to keep up with their counterparts in New York.

Their head-to-head came in 1973 when the Fédération Française de la Couture formed and brought Paris’ shows together for the Semaine de la Mode. To mark this momentous occasion, a fashion event was held — the likes of which have never been seen since.

Saint Laurent sent a Bugatti limo down the runway, Dior had a Cinderella pumpkin coach on hand, and Ungaro made do with a rhinoceros-drawn gypsy caravan; Liza Minelli belted out show tunes for the Americans and Josephine Baker flapped and sang for the French; and, in the audience, Princess Grace of Monaco, Andy Warhol, and Elizabeth Taylor reveled in it all.

While the same heights of fabulosity are unlikely to be scaled in 2017, or any year after, Paris’ fashion weeks still pack a hefty punch. For example, in 2015, the consultancy firm MKG Hospitality found that hotel occupancy during the event was at 93.9%. The coverage by 1,500 journalists from 50 countries also ensures its shows an unrivaled global impact.