The Story of Haute Couture 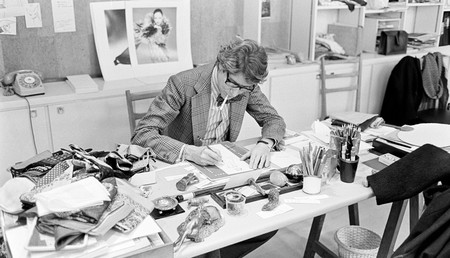 To the French, haute couture is about much more than just beautiful ballgowns; in fact, it’s an area protected by French law. What does it take to be involved in such a highly regulated industry?

Haute couture means ‘high sewing’ or ‘high fashion’. It’s a step above prêt-à-porter, the designer collections that most fashionistas will be familiar with. In the world of haute couture, workers can spend up to 700 hours creating a single garment, which is designed for an exclusive clientele of about 2,000 buyers. If something is labelled haute couture, it means that it is a one-of-a-kind garment that has been custom-created for a specific client. 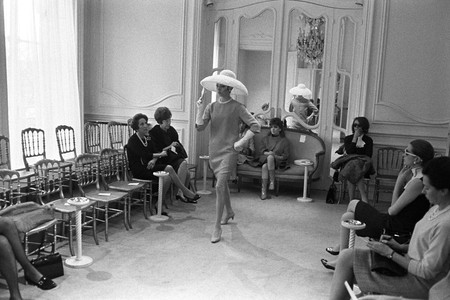 The father of haute couture

Haute couture may be synonymous with French culture, but it was an Englishman who started the movement. When Charles Frederick Worth moved from Bourne, England, to Paris in 1856, he began a dressmaking department at fabric store Gagelin, creating bespoke pieces for clients instead of simply selling them the materials to make their own clothes. Eventually, Worth opened his own boutique, Worth et Bobergh, at rue de la Paix, and quickly gained a dedicated and adoring clientele. 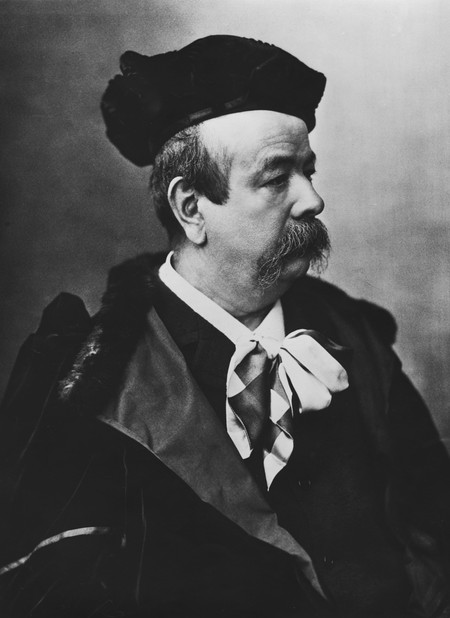 Worth’s designs gained stratospheric popularity after Princess Eugenié, recently married to Napoleon III, noticed one of his designs being worn by client Valerie Feuillet – a beautiful creation of lilac silk gathered with lilies. Worth would go on to provide the entirety of Eugenie’s wardrobe, from intricate ballgowns to everyday wear, garnering demand for his clothes from fashion-obsessed royal watchers. This caused his former client Princess Pauline de Metterlich to lament, “He was made, and I was lost… for from that moment, there were no more dresses at 300 francs each”.

Not only did Worth show technical prowess in the creation of his clothes, he was also the first designer to organise yearly showings of his creations on live models – something that is now a necessity for designers wishing to be inducted into the Fédération de la Haute Couture et de la Mode. 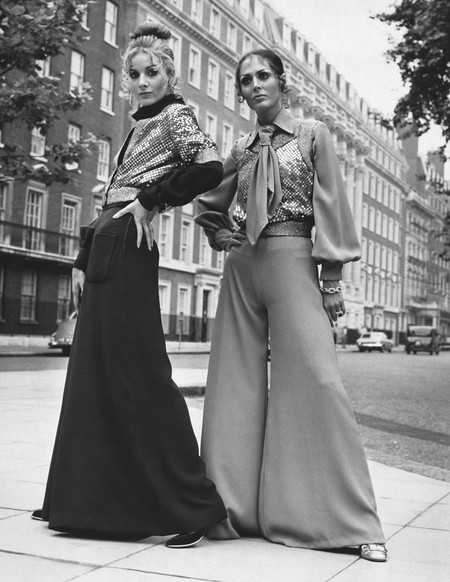 Two models wear trouser suits, with flared bottoms and sequined tops, from the winter collection by the House of Worth. | © Hulton-Deutsch Collection / CORBIS / Corbis via Getty Images

How is haute couture regulated?

It can be a struggle to regulate, and it’s confusing for consumers, as can be seen in the example of casual-wear brand Juicy Couture. Sweatpants are decidedly a long way away from the likes of Chanel and Givenchy, so how can they label themselves ‘couture’ at all? Well, while the term ‘haute couture’ is protected by French law, the word ‘couture’ is not, despite its association with an exclusive, high-fashion market. 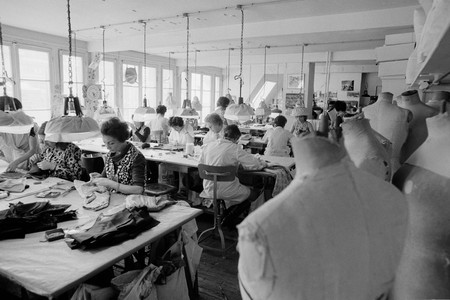 In their book The Glitter Plan: How We Started Juicy Couture for $200 and Turned it Into a Global Brand, founders Pamela Skaist-Levy and Gela Nash-Taylor explain, “The word ‘couture’ has become part of pop culture. It’s been taken by nearly every company on the planet… ‘Couture’ is a massive word in the name game.”

While it’s a common misconception that in order for something to be haute couture it simply has to be handmade, the industry in fact has a very specific set of rules. Designers must have their own atelier with no less than 15 staff (in addition to 20 technical staff members, which includes almost 2,200 les petit mains, who provide the painstaking detail of couture pieces), which is equipped to offer private showings for clients, and more than one fitting. The brand also has to show at least 25 looks at Paris’s Couture Fashion Week, which takes place twice a year, in January and July. 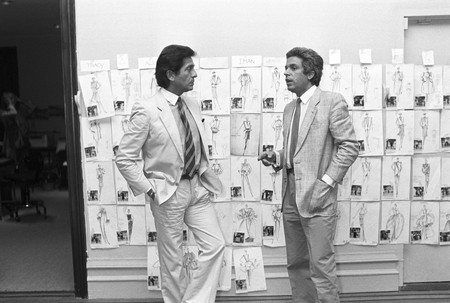 Paris Haute Couture Week is a lavish affair, mostly attended by clients (the porte-monnaie sur pattes, or ‘walking purses’) with chequebooks ready to snap up that perfect haute couture frock, which could cost upwards of $20,000. Even if haute couture isn’t a huge moneymaker for the fashion houses – some houses actually lose money on their haute couture – Couture Week is an event with more than its fair share of opulence and glamour.

The sets are decadent, to show off to best effect the incredible hours of work spent creating the garments. At this year’s shows, Chanel recreated Parisian streets as a backdrop to showcase for their iconic boucle suits and dreamy chiffon gowns, while the typically flamboyant Schiaparelli accessorised outfits with animal masks at the Palais Garnier Opera. 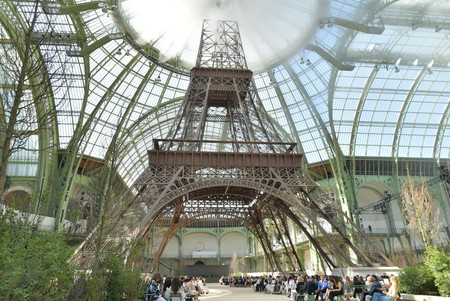 British socialite Daphne Guinness is one of the most famous buyers of haute couture. Heir to the Guinness fortune, she has regularly championed designers such as Alexander McQueen and Givenchy. She is so well known for her haute couture tastes that she has even displayed her favourite pieces in an exhibition at the Fashion Institute of Technology. 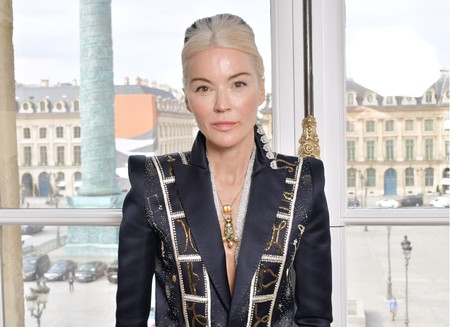 In an interview with The Talks, she explained her dedication to haute couture. “The point of haute couture is like the man going to a tailor on Savile Row: the beauty is in the process. All the people are there to realise the concept inside your head. You can completely ignore the runway.”

Although haute couture is a world in which the average consumer can only dream of participating, the shows provide an unfiltered look at just how creative the world’s best designers can be. 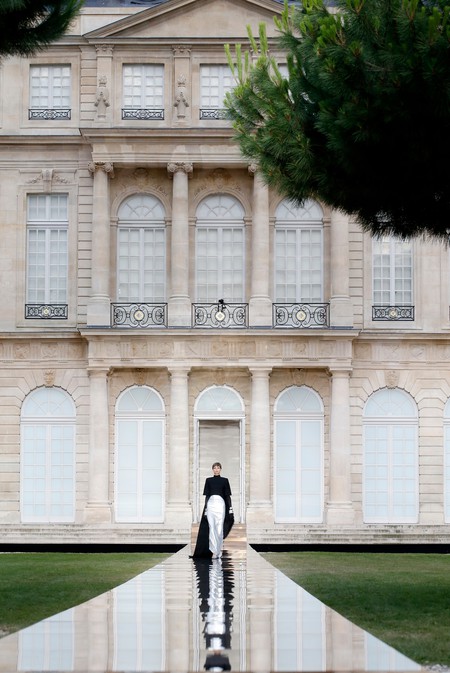 This article is an updated version of a story created by Paul McQueen.