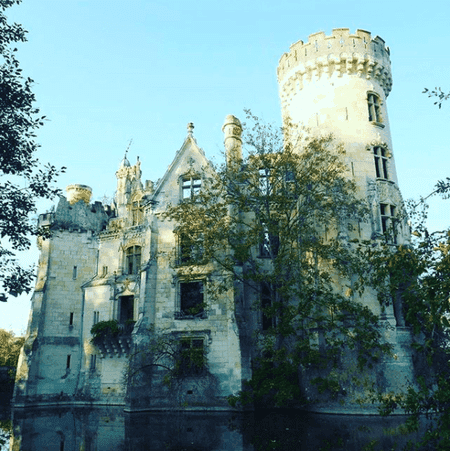 More than 7,500 have clubbed together to buy a 13th-century French castle to save it from destruction.

An online campaign has meant that the Chateau de la Mothe-Chandeniers have been kept from falling into ruins or being destroyed. The full cost of the castle was €615,900 (£542,410).

Organisers say that the accomplishment is the first of its kind in the world, and that thousands of citizens around the world now own the castle.

The castle is around 200 miles from Paris, in the Poitou-Charentes region. Locals who loved the castle teamed up with Dartagnans, a company that raises money to save historic buildings from being wrecked. They launched a crowdfunding campaign, and France rallied behind the cause to save the castle. The funds will be used to purchase the building, restore it to its former glory and eventually open it to the public.

The majestic stone castle has a rich, varied history. Taken control of by the Engllish twice during the Middle Ages, it was ruined during the French Revolution and changed hands multiple times. In 1870 it was bought by Baron Edgard Lejeune, who began restoring it to its former glory. The rich baron threw opulent parties, but sadly a fire gutted the castle in 1932, leaving it damaged.

In 1981, a former secondary school maths teacher, Marc Deyemer, bought it with intentions for restoration.

Speaking to La Nouvelle Republique five years ago, he said: ‘I killed myself for two years trying to save it with preservation works, but I was sickened when my projects were torpedoed by certain people. I’m tempted to declare it a ruin so it can be destroyed.’

The building is in a sorry state. The gardens and grounds are overgrown and wild, with trees, plants and brambles growing inside the building. The stonework is crumbling and in desperate need of repair.

Thankfully, the crowdfunding campaign means that this French jewel can finally be restoed. The crowdfunders, who had to contributed at least €50 (£44) to own a slice of the building, will be consulted on the development and restoriaton, and will be the first to visit once all is mended.

Speaking to The Guardian, founder of Dartagnans, Romain Delaume, commented: ‘The idea is not just about raising the money, but getting as many people as possible to participate in saving this magical, fairytale place.’

And it is a fairytale. Imagine being able to tell your Tinder date that you’re the part-owner of a castle overgrown with trees and brambles? You’d essentially be Sleeping Beauty.

If you’re keen to get involved, the crowdfunding will continue until December 25 in an attempt to raise extra money to assist with the restoration.

Grab your spinning wheel and get clicking!