Songs You Should Know By Legendary French Gypsy Musicians 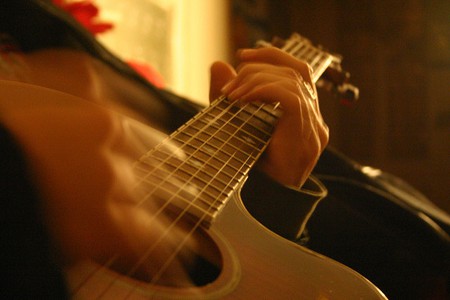 One of the marvelous aspects about France is the social diversity experienced simply by walking through the streets, the metro, or the markets. France has always been a crossroads of migration, particularly for the gypsy community, often called Romani (in French, tsigane or manouche), who moved through France and stayed, leaving behind a rich musical legacy. Here are some of the best gypsy musicians to have left their mark on France.

When talking about French gypsy music, it is imperative to go back to the origins of gypsy jazz, and its biggest champion: Django Reinhardt (1910-1953). Born in Belgium, Reinhardt emigrated to France with his Romani family at a young age. As a child, he earned money by playing his music in the streets, and later used these talents performing in Paris night clubs. At the time, gypsy music was seen through the same (rather derogatory) lens as African American jazz – according to David Hajdn, both ‘were thought of not as products of training, practice, expertise, and talent, but as the spontaneous, intuitive responses of primitive creatures.’ Despite these stigmas, Reinhardt gained huge international recognition and would go on to influence musicians and genres for years to come.

Another proud exponent of jazz manouche is Biréli Lagrène. Born to a tsigane family, Lagrène was introduced to the guitar by his father and brother, and quickly revealed himself to be a prodigy. He spent the beginning of his career emulating and exploring the style of Django Reinhardt. In fact, he played alongside Django Reinhardt’s closest musical companion, French-Italian Stéphane Grapelli. Lagrène would develop jazz manouche with his discovery of fusion jazz in 1986 with Jaco Pastorius. That particular moment in his career seemed to open the way to mixing different sounds and influences, giving him diverse tonalities and rhythms that go beyond manouche, swing or blues.

Sanseverino makes the transition from jazz to rock (and beyond), with his unique jazz-swing fusion style. Influenced as a child by the music of Django Reinhardt, this self-taught guitarist launched his first album at the age of 33. The artist sets himself apart from his predecessors by blending together familiar jazz jingles (like ‘Blue Moon’ and the Popeye score) in wholly surprising new ways.

This French group, created in 1992 by violinist brother Eric and Olivier Slabiak, explores the possibilities of blending Yiddish pop with tsigane rock. The lyrics are poetry, and their music is highly emotional, traveling across the frontiers of language and cultural differences.

This group is known for their electric performances on stage, lyrics charged with social meaning, and the sense of nostalgia that marks their music. Initially known as a street spectacle, they gained popularity in part via word-of-mouth, and later when the French reggae group Tryo approached them to co-record an album. Their lyrics continually reference their origin story, as well as life that began in the street: ‘We’re not the in the street, we are Kétanou Street.’

Les Ogres de Baback is another family group. This quartet of brothers and sisters uses a diversity of instruments to convey a rich musical quality, and incorporate into their lyrics a narrative style fused with political themes. Their influences include Georges Brassens, Emir Kusturica and Les Yeux Noirs, and their songs can either be romantic and soft or challenging of classic French bourgeois lifestyle.

French rock group Les Hurlements d’Léo was founded in Bordeaux in 1995. In 2001, they recorded an album with Les Ogres de Barback, ‘Un Air, Deux Familles’ that sparked a musical tour of six countries. The success of this gypsy rock group is partially due to their unique style, which they call ‘Java-Singing-Punk-Caravaning.’ Their latest album was inspired by French poet and singer, Mano Solo (Emmanuel Cabut), who died in 2010 and was the son of the cartoonist Cabu of Charlie Hebdo.