The 7 Best French Retro-Electro Producers You Need To Know 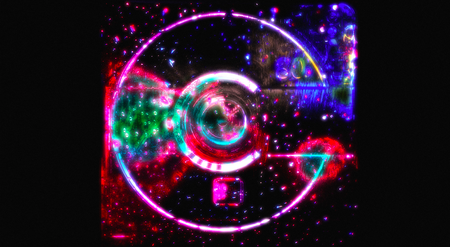 It goes by many names: retrowave, synthwave, retro electro, synthpop, dreamwave, or new wave. Drawing heavily on 80s-era film and TV themes and aesthetics, the genre combines analogue synthesizer sounds, easy-listening tempos, and relatively simple progressive rhythmic structures. Add to this very often fan-made videos using old TV, film, and documentary footage, and the genre has forged a fairly defined identity, as well as an avid internet following. France has a strong showing in this genre, and in this article we go through the seven best producers from Paris and Nantes.

David Grellier, who goes by his moniker, College, founded the Valerie collective, a label known to fans of synthwave. He was also architect of the song that introduced many to the genre, “A Real Hero,” from the 2011 film Drive, that featured the band Electric Youth. From Nantes, College has a refined and idiosyncratic analogue sound, with three full-length albums to date — Secret Diary, Northern Council, and Heritage. He draws inspiration from ’80s soaps and aesthetics, as well as imagery of American cities absorbed through television and film.

Also from Nantes and a founding member of the Valerie collective, Maethelvin has a similar, but slightly more audibly upbeat sound, with songs like As We Were and Delight. Born in the ’80s, Maethelvin makes music for “imaginary car-chases and sci-fi movies.” His professional life involves working as a programmer, keeping his music purely as a hobby — “…just because I want to keep it fun, and never feel any kind of pressure about it.” However, this hasn’t prevented him from making acclaimed synthwave anthems, and he even released his debut album, CSOO5, last year.

Another member of the Valerie collective, this duo hails from Nantes, but is largely based in Paris. Their songs transport the listener to sunset coastal drives and neon-city pastures; their bio reads “The Outrunners brings you the original soundtrack of a future under fluorescent light.” In fact, this theme of both simultaneously creating an image of the future, but also drawing inspiration from the past is what many synthwave artists express as their goal.

Bringing a considerably darker sound to the synthwave genre, Paris-based artist Perturbator is a prolific musician, putting out four albums and two EPs in the last few years, and a new release on the label Bloodmusic expected imminently. His deep and bellowing tones evoke scenes of tension and action, undoubtedly drawing from his love of cyberpunk and Japanese dystopian anime. His music has been featured on the Hotline Miami video game series.

A hugely successful dance music producer, Lifelike produces nu-disco anthems that often have an underlying retro tone to them, even if they aren’t exactly aiming to create the same feelings as most synthwave artists attempt. His 2007 song, “So Electric,” is the best example of this crossroads. Opening with a melody through a tinny radio filter before evolving into a grandiose journey using the same three chords on repeat, it screams retro nostalgia and this fan-made video creates a mesmerizing viewing experience to match.

Also part of the Valerie collective, Anoraak is an artist who makes use of both analogue synthesizers and his own singing, creating a feel-good nostalgic trip. His most recent album, Wherever The Sun Sets, made use of more classical guitar sounds than Chronotropic, both having been released in 2013. His work most easily described as synthwave was his 2008 EP, Nightdrive With You, and whilst his music has evolved over the years, he has held firm to the core principles of his sound.

The composer of the title track for Drive, “Nightcall”: a mesmerizing journey of synth-funk featuring vocals that alternate between coarse and eroded, and crisp and clean. The moment the opening arpeggio begins with an aerial view of Los Angeles will surely forever remain embedded in the memories of every Drive fan. Kavinsky’s songs tend to have a heavier, more abrasive texture, with a wider variety of sounds than most synthwave artists. Then again, one probably couldn’t definitively classify much of his music into this genre.