6 Reasons Not To Visit The Eiffel Tower

When time is of the essence in this city, it’s advised that you think carefully before deciding to tackle this tourist hot spot, and so below you’ll find six reasons not to visit the Eiffel Tower.

Patience is definitely a virtue when it comes to the Eiffel Tower, since you’ll spend the majority of your time waiting in lines ranging from one to three hours. And it’s not one line you have to deal with; it’s many different lines. You’ll have to queue to buy your tickets, then for a security check, then for an elevator which only takes you to the second floor, then for another elevator to the summit, then for an elevator to take you back down to the second floor and then finally, one last elevator to take you to the ground floor. Like the mythical and relentless Hydra, every time you think you’ve conquered a line, a new one will appear! Except in this case you’re not Hercules, and the Hydra’s multiple heads will swallow your holiday. 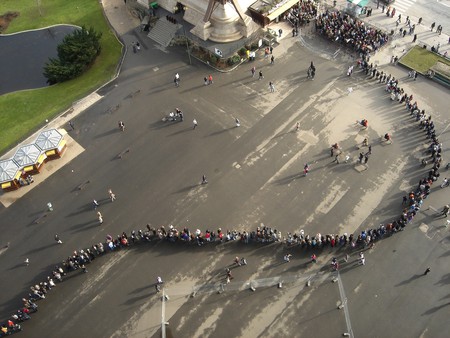 The Lack of Space

When it comes to personal space at the Eiffel Tower, say goodbye to moving freely and hello to claustrophobia! Throughout your visit you will be constantly surrounded by people, and your personal bubble will definitely be infringed upon. You’ll be so tightly packed into the elevators with your fellow tourists that you’ll be able to distinguish what scent of Axe Body spray your teenaged neighbor is wearing (‘Gold Temptation’). And the tight spaces don’t stop on the elevator, they follow you all the way up to the summit, where the odds of you getting hit in the eye with a selfie stick increase ten-fold. 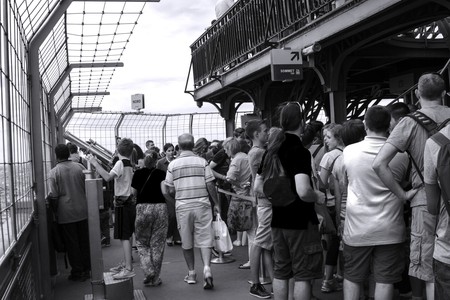 Crowds on the Second Floor | © Jared/Flickr

There is always the possibility of the Eiffel Tower shutting down. When it does happen, it’s typically only the summit, but they can also deny access to the entire tower. This usually occurs due to either inclement weather or a security threat (a.k.a. some genius leaving their Jansport backpack unattended while they debate over which hashtag to use: #toweroflove or #ifellforeiffel). So recognize that you could potentially spend hours waiting in line and either not have access to the summit, or not even be able to enter the tower at all. Ah, c’est la vie! 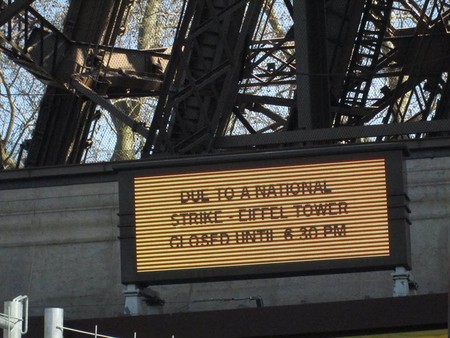 Remember that scene in Titanic where the lookouts are standing outside, huddled together, shivering at the subzero temperatures and one of the guys says to the other, ‘Smell ice can you?’ Yeah, it’s kind of like that when you’re up on the tower. The second floor is 115 meters high and the summit is 276 meters, which means that if it’s already a little chilly on the ground, it’s only going to get colder the higher up you go. Even in the warmer months, it still can get quite windy up there and most people don’t have the appropriate clothing packed, which means you’ll be scrounging through your pockets trying to fashion debit card receipts into gloves. 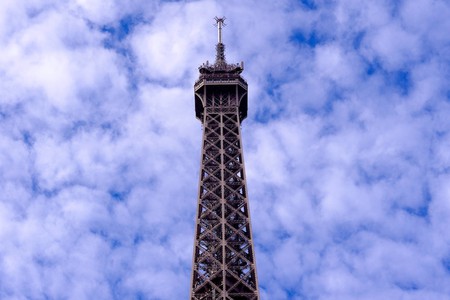 The Top of the Tour Eiffel | © Johannes Martin/Flickr

You’ve finally made it to the top! It took almost three hours of lines and claustrophobic elevator rides but you’ve made it! Now it’s time to look out and see the gorgeous view of Paris! And while the view is breathtaking (that may be the smog), a major drawback to the summit of the Eiffel Tower is the metal grate right in front of you. Obviously this is a security feature, but as someone looking out, the fence really does taint your view. 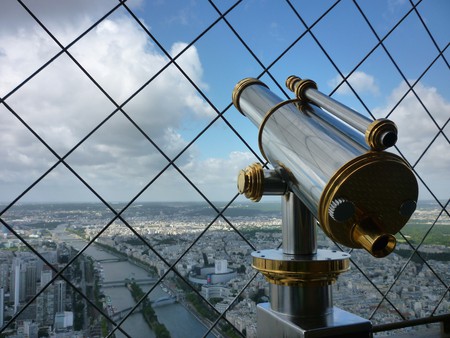 Through the Seeing Glass | © Celine Julie/Flickr

There are other spots in Paris which can give you a superior view of the city with a fraction of the wait time. Sacré-Coeur Basilica in Montmartre offers a sweeping view from the highest hill in Paris, comfortably enjoyed from the wide steps that spill down the peak. History lovers can climb to the top of Notre Dame’s towers, and gaze upon Paris with the medieval gargoyles. And those in-the-know can skip the crowds entirely and head to the rooftop observation deck of Montparnasse Tower, the only skyscraper in the city limits of Paris with a view that gazes squarely at the Eiffel Tower.

Now having said all that, there’s only so much critiquing one can make of the Eiffel Tower. It is after all the Eiffel Tower, and there is something to be said about rising into the sky in a 127 year-old, cast-iron engineering marvel that seems to be made of the air itself. Ultimately, it comes down to devotion, determination, and time. If you have a tight schedule perhaps you’re better off sitting on the terrace of a café, within eyeshot of the tower, sipping a glass of Bordeaux, and admiring its beauty from afar.