French Designers Who Changed The World Of Fashion 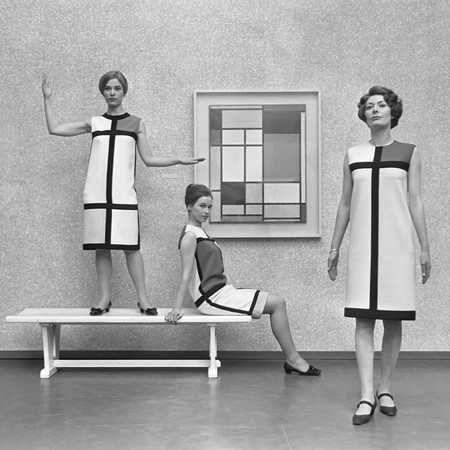 From the creation of the first women’s suit to the invention of the shirtdress, without forgetting the famous “little black dress,” here is everything you need to know about six French designers who changed the world of fashion and designed with an eye towards the future.

Gabrielle Chanel – yes, Gabrielle was her real first name – was born in 1883 in Saumur, France. She revolutionized the 1920s fashion by reinventing the female wardrobe with tweed, the “little black dress” and neutral tones. Her aim was to make women more comfortable, and she famously liberated women from the corset. Coco first started her business with hats and then extended the label to clothes when she opened the first shop in 1910. What truly made her one of the most famous fashion designers of all times is that she turned the color black into a staple style color. If you think you look chic in black, it’s because Chanel changed people’s mind about this somber color, previously only worn during funerals. 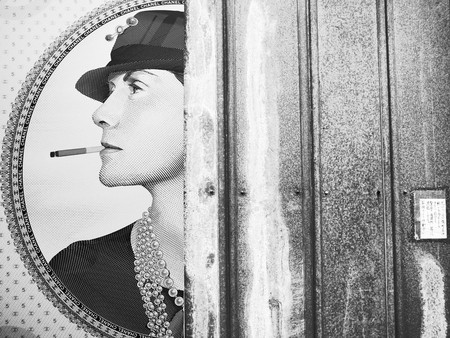 After graduating in 1928 from after studying Political Science, Christian Dior opened an art gallery. He then worked at Figaro magazine as an illustrator and was later hired as a design assistant, first by Robert Piguet, and then by Lucien Lelong.

In 1945, after The War, Christian met fellow designer Marcel Boussac (who immediately believed in his talent), and together they started the Dior fashion house in December 1946. He became increasingly popular after his first fashion show where he introduced the New Look; colored, cutting-edge creations designed to enhance the curves of a woman’s body. Emphasized waist, straight shoulders and half naked legs were a total hit after the war, when women were seeking joyful cuts and shapes to forget about the painful past. 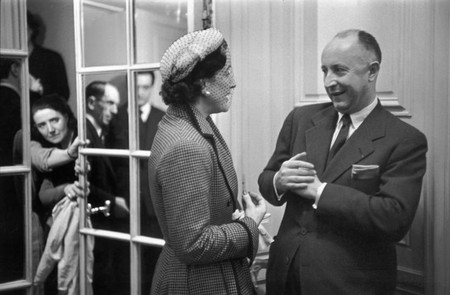 Christian Dior is best known for his fashion house; often referred to as Dior | © Ur Cameras / Flickr

Another designer that wanted to empower women was Yves Mathieu Saint Laurent. The French designer was born in 1936, and started to work for Dior as a teenager. In 1966 he launched his own brand with partner Pierre Bergé. Saint-Laurent achieved successful quickly, and is responsible for dressing many important women all over the world. He introduced many emblematic pieces, like the jumpsuit, the pea coat and even la Saharienne, but is most best-known as inventor of the women’s tuxedo, which he named Le Smoking Tuxedo. Saint-Laurent’s tuxedo is an emblem of 1960s clothing. The first women’s suit was created in Fall/Winter 1966 for Danielle Luquet de Saint Germain, and was presented in two versions. Le Smoking was adopted by many famous women, from Saint Laurent’s muse, Betty Catroux, to Bianca Jagger, Liza Minnelli or even Susan Train from French Vogue. Yves Saint Laurent was also fond of art, and created many outfits inspired by 20th century masterpieces, like the Mondrian dress.

The Count Hubert James Marcel Taffin de Givenchy was born in 1927 in Beauvais, to an aristocratic family. At the age of 17 he settled in Paris to study at the National School of Fine Arts and worked for the designer Jacques Fath. The following years Hubert de Givenchy also worked for Robert Piguet and Lucien Lelong, and became Elsa Schiaparelli’s first assistant in 1947, before becoming the art director of the shop Place Vendôme. In 1952 he opened his first boutique on rue Alfred de Vigny, then moved it to 3 Avenue Georges V, where the headquarters of Givenchy currently remain. His first couture collection was presented on February 2nd, 1952.

In 1953, he was asked to make costumes for the movie Sabrina, starring the famous actress Audrey Hepburn, who quickly became Givenchy’s muse, and embodied the brand. Hubert and Audrey became good friends, until the day of her passing in 1993.

One of the French designer’s major creations is the shirtdress. It was introduced in 1954 and is still an iconic piece that appears on the runways today. The designer eventually left his fashion house to design for John Galliano in 1995.

Louis Vuitton was born in 1821, in Anchay, a small village in northeastern France. In 1835, after his father remarried, Vuitton decided to travel to Paris…on foot. The journey to the capital took him 2 years. Upon his arrival in Paris, the budding designer became an apprentice to Monsieur Marechal, a box maker, and quickly became popular with Parisian high society. This even led him to craft and customize bags directly for the Empress of France, Eugénie de Montijo.

In 1854 Vuitton opened their first box-making workshop near the palace Vendome. He then invented the flat trunk. This was a major innovation, as it was more practical than most trunk models at the time. Due to his international success, Vuitton extended his business with a new workshop in Asnières-sur-Seine, a small village outside Paris. Resulting from a major forgery in his workshop, Vuitton reinforced his security methods by printing an authenticity label Marque Louis Vuitton déposée on every single bag – which you still can see on the Speedy bag, for example. Louis died in 1892, leaving his legacy to his son Georges, who ultimately led the brand to greater fame and success. 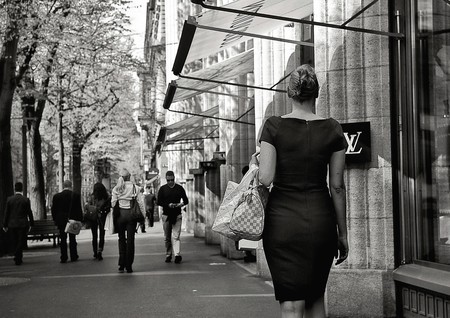 Well known for his tennis playing skills René Lacoste, also known as ‘The Crocodile’, was born in 1904 in Paris. It was in 1923 that he gained his nickname, which would not only become the future logo of his brand, but also part of the whole identity of Lacoste. A journalist called him ‘the alligator’ referring to a bet over a crocodile suitcase. The first crocodile item was born in 1926, when Lacoste asked a friend, Robert George, to draw a crocodile on his blazer. The image has since become iconic.

Lacoste was forced to leave tennis in 1929 for health reasons. In the 1930s he met André Gillier, who helped him conceive the first Lacoste polo shirt, which he promoted with an advertising campaign in 1933. The revolutionary polo shirt was made out of jersey, resulting in a light, flexible, and breathable product.

The 1960s were a successful decade for the brand. Lacoste launched many new products, such as the polo dress, the cardigan, and a perfume line. The first Lacoste store opened in 1981, on avenue Victor Hugo, in Paris. René Lacoste died in 1996 at the age of 92, in the south of France.