18 Photos Capturing the Elegance of Paris 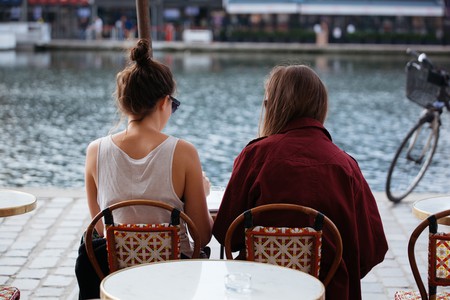 That Paris is one of the most elegant capital cities – if not the most elegant in the world – is a well-documented fact. But that doesn’t mean we’ll ever get tired of looking at photographs of its spellbinding monuments, picturesque markets, and art-filled streets. 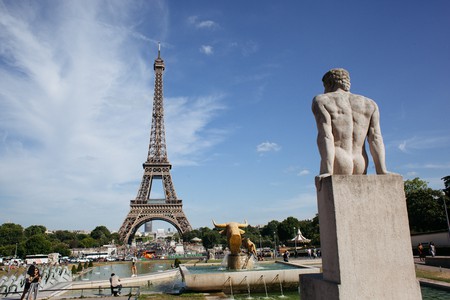 When it comes to monuments, they don’t come more famous or elegant than the Eiffel Tower. While visible from spots across the city, it’s best viewed from the Jardin du Trocadéro. The hourly shows of its Warsaw fountains are also among some of the most spectacular sights of the Parisian summer. 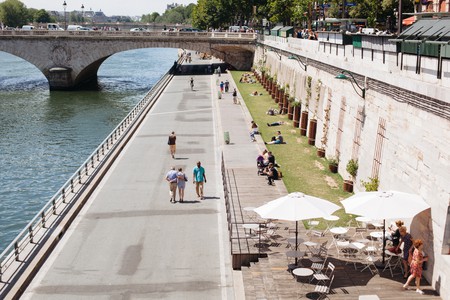 Strolling along the Seine has never been more relaxing thanks to the creation of a new 10-hectare park covering both the left and right banks. The Parc Rives de Seine was 15 years in the planning and has transformed two city-centre motorways into a haven of green space, fitness parks, and restaurants. 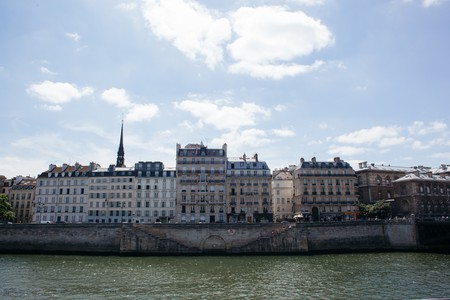 Much of Paris’ most historic and glorious architecture can be found on the islands of the Seine. Both the Île de la Cité, home to major attractions like Notre-Dame and the Sainte-Chapelle, and the Île Saint-Louis are filled with cobbled back streets lined with charming bars and cafés. 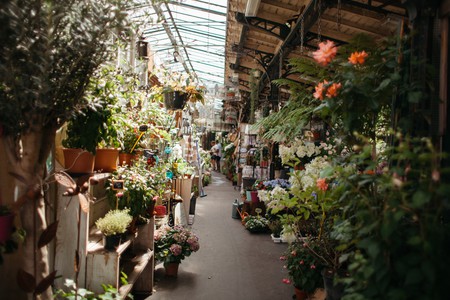 In a quiet square between Notre-Dame and the Sainte-Chapelle, you’ll find the Marché Aux Fleurs – Reine Elizabeth II, a weekend market for flower, bird, and small animal merchants. Opened in 1830, its iconic green pavilions also sell cards and gifts. 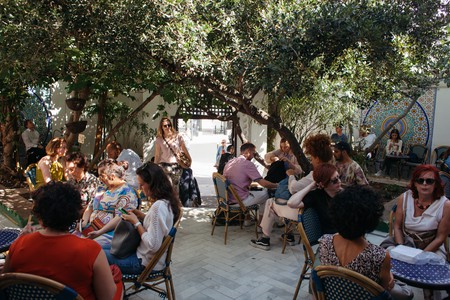 As well as being one of the most splendid places of worship in the capital, the Grande Mosquée De Paris also has one of its prettiest tea rooms. Planted with orange trees and jasmine and gorgeously tiled in white and blue, the front terrace and central courtyard are the perfect places to chill out during a day of sightseeing any time of the year. 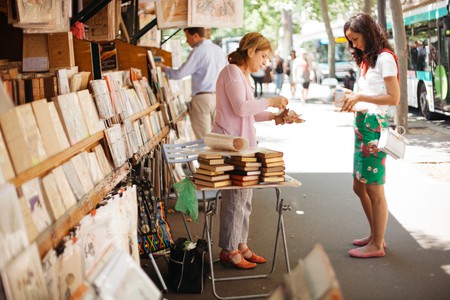 Paris is a true book lover’s paradise and its riverside bouquinistes – the famous green foldaway book stalls that run along the banks of the Seine – are an essential destination for anyone with an interest in literature and antiques. 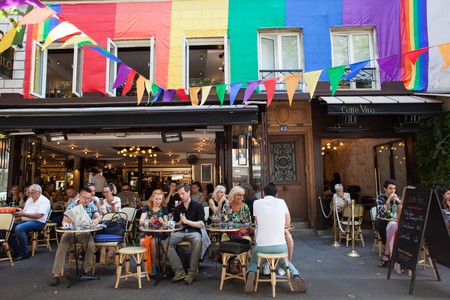 Despite being one of the oldest neighborhoods in Paris, Le Marais remains one of its most vibrant. Its streets are lined with a mixture of Jewish, Chinese, and LGBTQ businesses, bars, and restaurants as well as some of the city’s most fascinating museums. 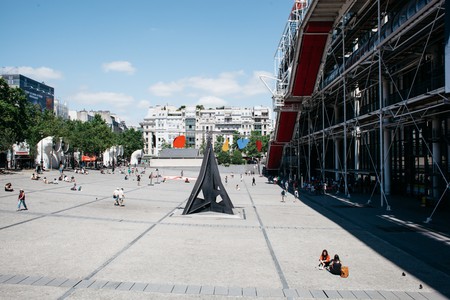 On the very edge of the neighbourhoods of Le Marais and Les Halles is the Centre Pompidou, the home of modern art in Paris. Its unique inside-out architecture is almost as amazing as the art it contains and its large plaza is a popular gathering point for artists and street performers.

Paris’ canals are a must-visit feature of the city, whether you take a stroll along their cobbled walkways or a cruise along their partially subterranean lengths. The Bassin de la Villette is a popular hangout for the city’s youthful crowd, with cinemas, pétanque terrains, and floating restaurants, bars, and nightclubs. 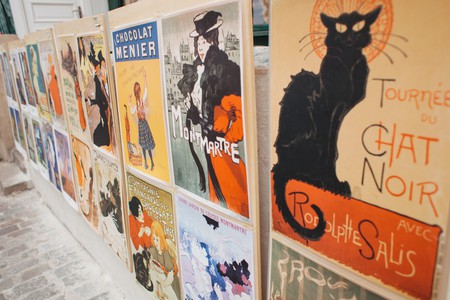 Moving westward into the 18th arrondissement, you’ll find the old Bohemian neighbourhood of Montmartre. This hilltop district has its touristy parts, for sure, but you don’t have to wander far off the beaten path to discover its many secret charms. 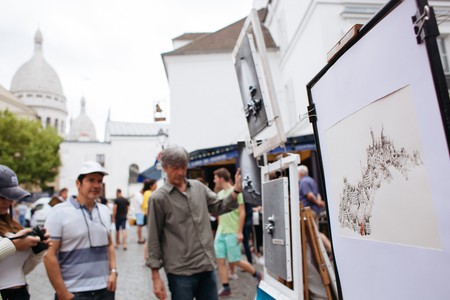 In recent years, the Place du Tertre, Montmartre’s most famous square, has changed for the better. While still extremely busy in the height of the tourist season, you can now find some genuinely talented local artists selling their stuff alongside the usual caricaturists. 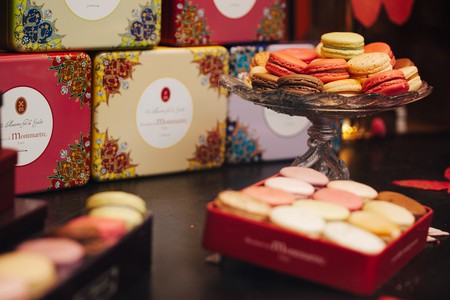 Of all the delicious desserts you can sample (or gorge yourself on) in Paris, there’s none more sophisticated than the macaron. There are plenty of places to pick up a box of these chewy delights all over the city and Montmartre is no exception. 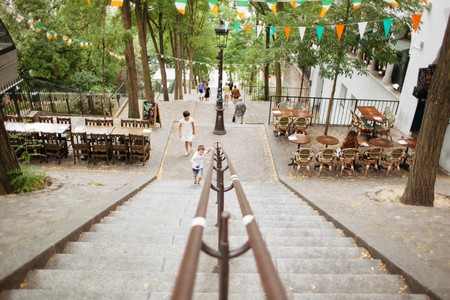 With no shortage of photo-worthy streets, it’s hard to pick Montmartre’s most beautiful. However, the Rue Foyatier, which is essentially a 100-meter-long stairwell, is certainly in the running. 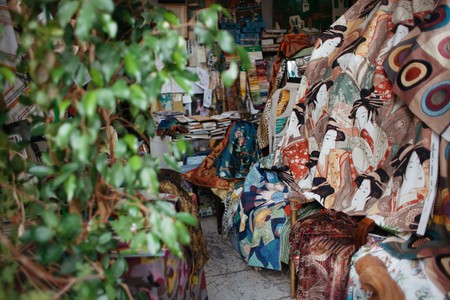 As well as being a playground for 19th-century artists and musicians, Montmartre was also a significant district for the capital’s fabric merchants. Still, if you hunt around you can find stores selling handmade tapestries and rare textiles. 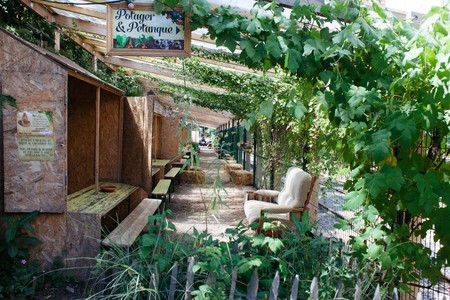 La REcyclerie is one of the 18th arrondissement most surprising venues. This converted train station on the abandoned Petite Ceinture railway line is now an eco-friendly restaurant, urban farm, and community centre. 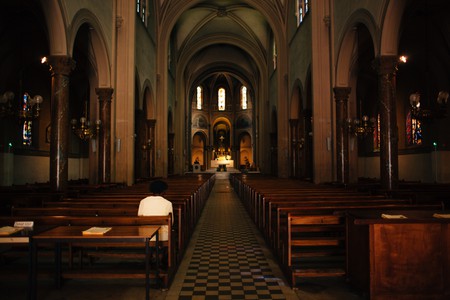 Paris has a total of 197 churches, which is actually rather a lot for a city with a population of just over 2.2 million. Not all of them are famous, or particularly attractive buildings, but the tiled floors and stained glass windows of this chapel in Clignancourt certainly make it worth a look. 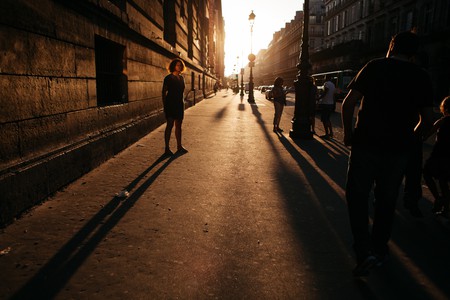 The Rue de Rivoli is one of central Paris’ busiest thoroughfares, running through a huge shopping district and alongside some of the city’s most famous attractions. However, when the sun sets just right to the west of the Axe Historique, it is transformed into a truly magical place. 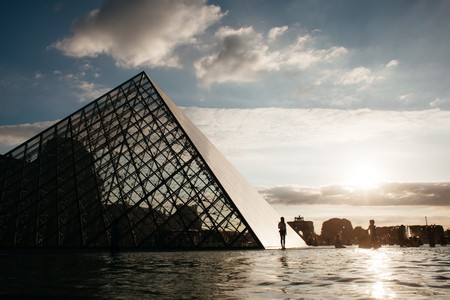 The Louvre is Paris’, and the world’s, most visited museum, pulling in over 7 million art lovers every year. The glass pyramids in its main courtyard haven’t always been to Parisians’ tastes, but they do make for some wonderful photographs.