English Words That Undoubtedly Came From French: A Guide 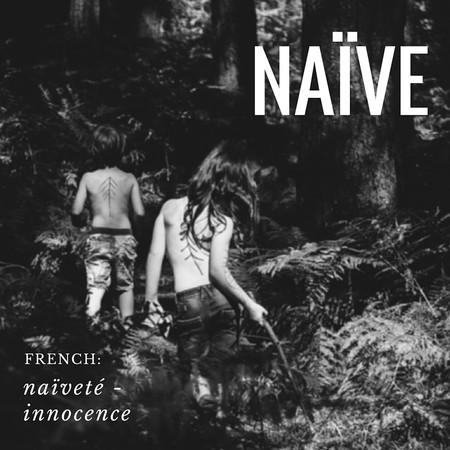 English is formed from a mixture of languages that includes Greek, Latin, and German. But we get about one-third of our vocabulary directly from the French language. Read on to discover which English words are, in fact, French in origin. 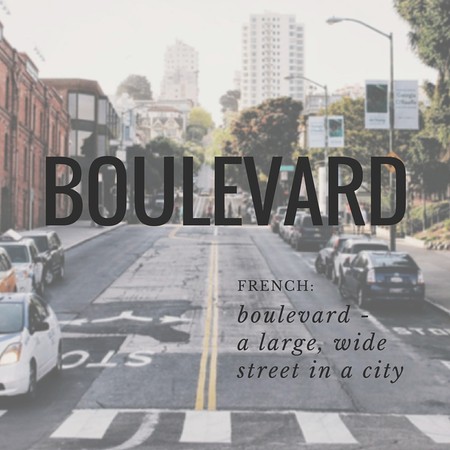 The word boulevard is as common as street, avenue or road. And the word makes an appearance in many American pop songs like Sheryl Crow’s ‘All I Wanna Do‘, Green Day’s ‘Boulevard of Broken Dreams‘, and countless others. 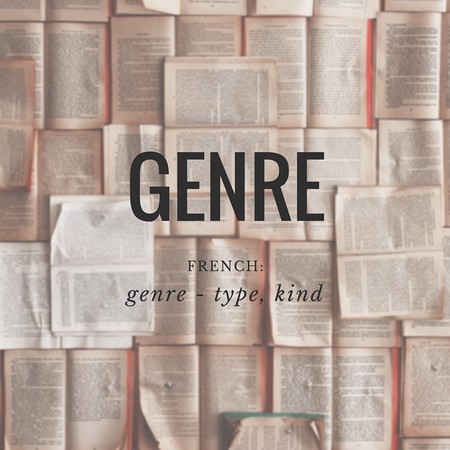 As youngsters, we learn how to categorize literature, film and music with the word genre. 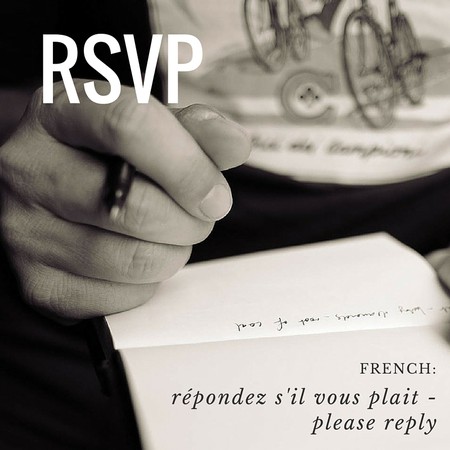 Nowadays, most English speakers know what RSVP means, but aren’t exactly sure what it stands for. Many French people don’t even know the meaning of RSVP! Some history: it became popular in England in the 11th century, when using French was considered very sophisticated by the elite. 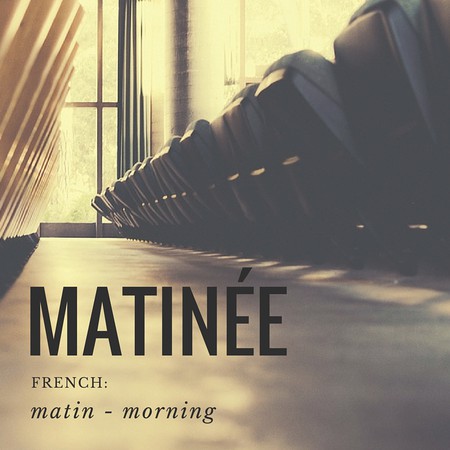 In English, a matinée is an early showing of a film or theater performance, typically during the day. The French word matin (and matinée) refer to the earliest part of the day, the morning. 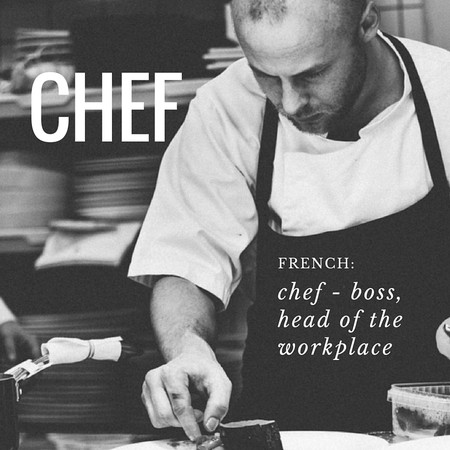 In French, the chef is not just the star in the kitchen. The chef is top dog at any company or place of business. If you’re job searching in France, you’ll see many job posts seeking ‘chefs.’ 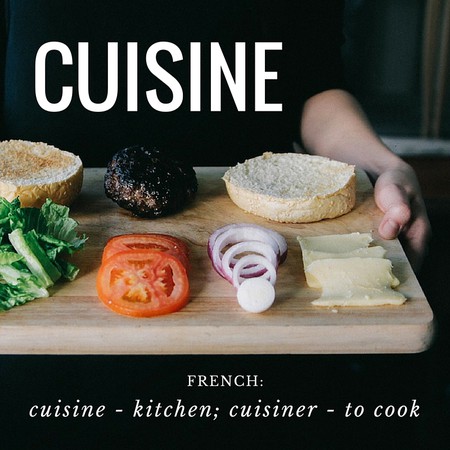 For English speakers, cuisine is a type or style of cooking, typically from a specific region or country. For French speakers, it’s everyday language around cooking – Je cuisine dans la cuisine or ‘I cook in the kitchen.’ 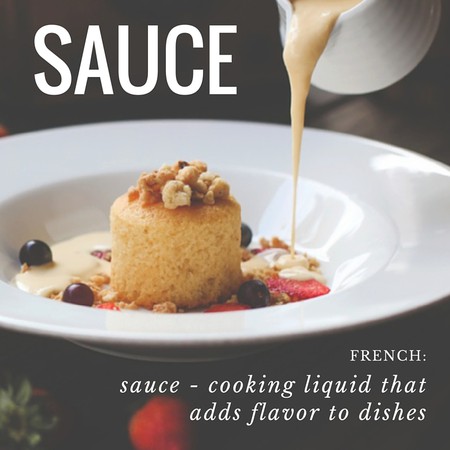 Sauce seems like a word was born and bred in the English language – we’ve got cheese sauce, tartar sauce, steak sauce, chocolate sauce and hot sauce. But in fact, we just borrowed the word. It’s a quintessential element of French cuisine with béarnaise, béchamel, hollandaise and more. 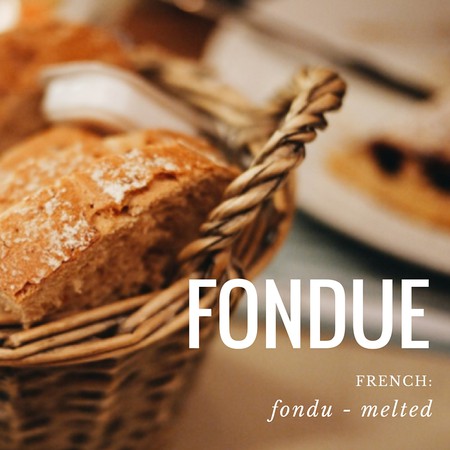 Fondue is a dish of melted cheese used for dipping bread, vegetables and meat. Lucky for us, it’s an easy way to remember that fondu means melted. 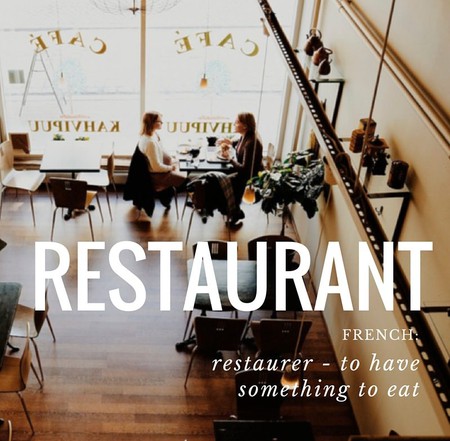 Every English speaker knows what a restaurant is, a place to sit and dine. But not everyone knows that the French call it the exact same thing. Except sometimes, they say ‘restau’ for short.

Naïve means lacking experience or wisdom. Sometimes in can mean innocent, other times, gullible. The same as it is in French. 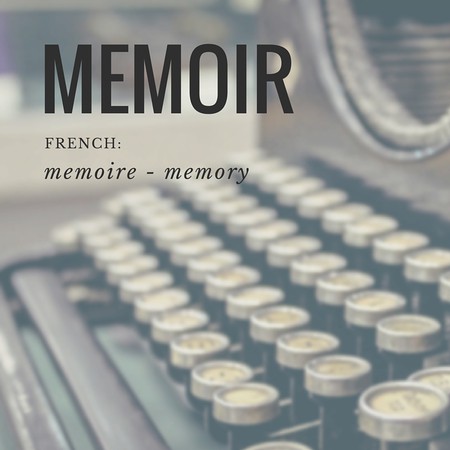 Well-known people write about their lives by publishing a memoir, a written account of someone’s memory that will live on after they are gone. (For an interesting read, check out Julia Child’s memoir of her time in France.) 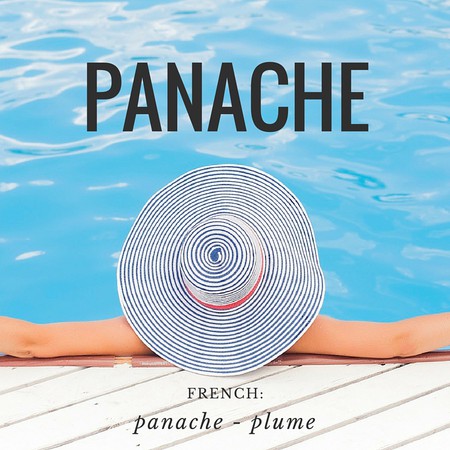 Panache is word that describes gusto and flair. It’s a strong word to describe someone with style that simply cannot be ignored. For example, they might be wearing a hat with a large plume jutting out. 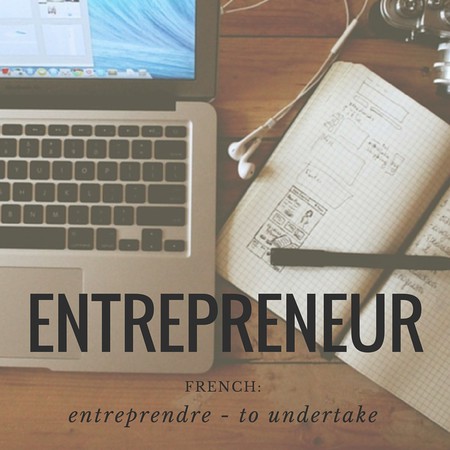 Entrepreneurship is often associated with startups and Silicon Valley, but the word had its own beginnings in the French language. 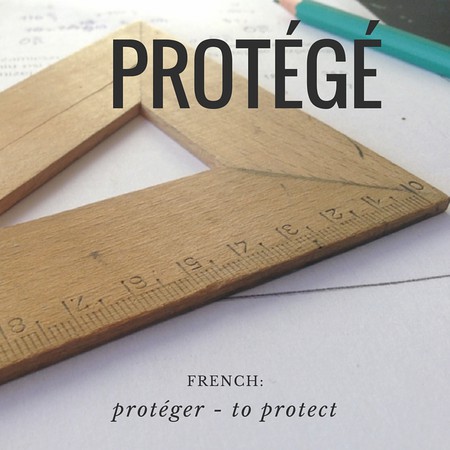 A protégé often brings to mind someone who is on their way to success thanks to someone more influential and experienced. In today’s work culture, you forget that the word actually means protected. 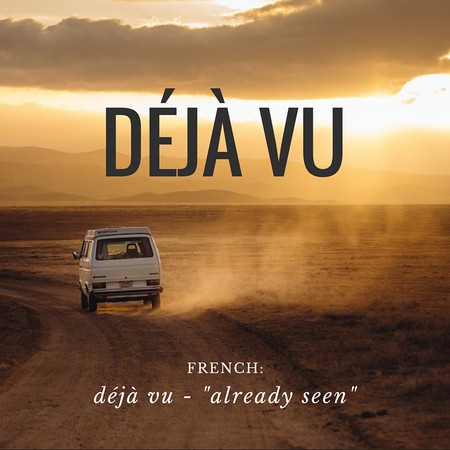 Okay, so this one’s a phrase. But déjà vu describes a strange phenomenon of feeling like you have seen or lived through your present experience at some other time. The direct translation is perfectly appropriate – ‘already seen’. 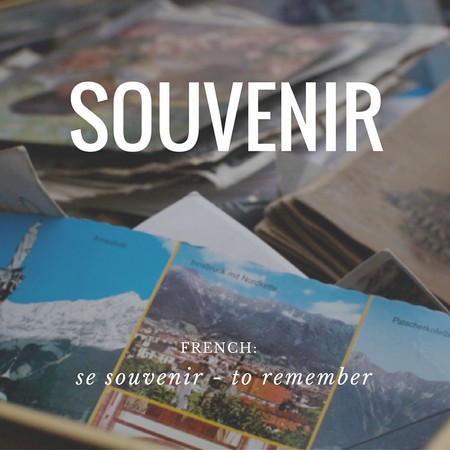 Trips and vacations are often capped off with visit to a souvenir shop. There you pick up something that will remind you of the experiences you had. Perhaps an Eiffel Tower keychain?