16 Unique Things To Do In Paris This February

While February may conjure up images of rainy skies and cold weather, it is actually a wonderful time to be in Paris. For one, it is the tourist low season, which means more local flavor and shorter lines. More importantly, the grey skies do not translate into a shortage of things to do. Whether you love food, culture or sports, February has unique offerings that should not be missed. 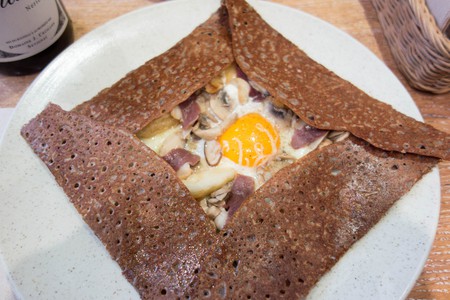 Officially, Chandeleur is a Catholic holiday celebrated 40 days after Christmas. However, its true significance is revealed by the day’s more common name: la fête des crêpes. Events leading up to this day include crêpe-making demonstrations and even a neighborhood crêpe block party. To celebrate your love of this French staple, head to the refined Breizh Café or the rustic La Crêperie de Josselin, two of the most (rightfully) popular crêperies in Paris. 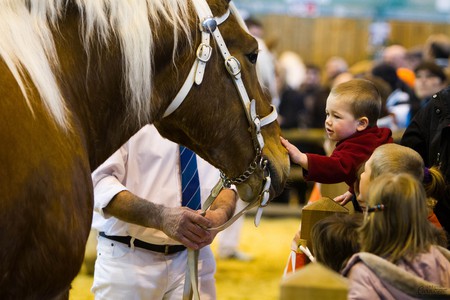 The Paris International Agricultural show, which celebrates French farming and food products, is one of the most important events of the year. Indeed, the 700,000+ annual visitors include the French president. The show boasts over 300 breeds of animals and a hall dedicated to the latest in fruit and vegetable farming. And, after a day of petting cows and learning about sustainable wine grape production, you can indulge your inner gourmand in the food hall. There, you can sample regional French specialties, wash down a plate of oysters with champagne or enjoy a traditional fondue. 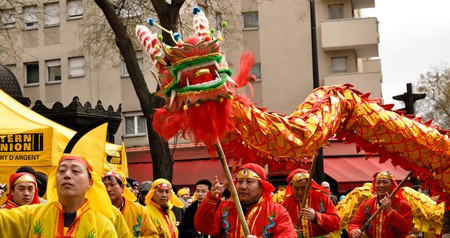 In Paris, Chinese New Year is not a one-day event but a multi-week celebration. Guided tours, cultural activities, cooking demonstrations, concerts and workshops are held all across the city. These festivities are capped by two highly anticipated Dragon Parades, one in the Marais and one in the Asian quarter.

Have you ever wanted to visit the control room of a major train station, tour the backstage of an ancient Parisian theater or get a lesson in a celebrated cooking school? If so, February is the time to be in Paris. For one weekend each year, Paris Face Cachée opens the door to sites that are normally closed to the public or provides unique adventures in iconic Paris landmarks. With over 120 events, you are sure to make new discoveries or get a fresh look on an old favorite. 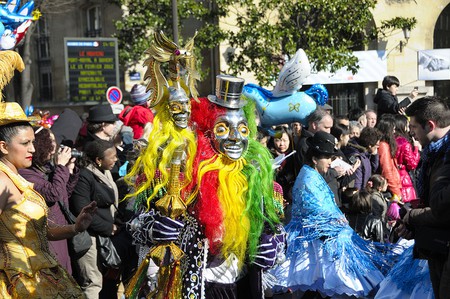 Go in Disguise to the Carnaval de Paris

While most people are familiar with the Rio Carnival, few realize that the event is also a French tradition that dates back to the 11th century. The original Paris Carnivals were raucous, multi-day affairs that were even captured in works by Claude Monet and Édouard Manet. While today’s version lasts only one day, it is still a festive street parade highlighted by music, opulent masks and colorful costumes. 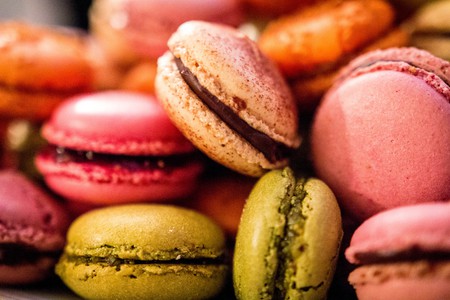 Though it may sound cliché, it is true: Paris is a wonderful place to be on Valentine’s Day. Famous chocolatiers such as Pierre Hermé and Patrick Roger roll out too-beautiful-to-eat creations to commemorate the day, while restaurants offer Valentine’s Day menus with champagne and foie gras. The Paris mayor’s office even contributes to the romantic mood by giving you the chance to announce your love on the streets. In the days leading up Feb. 14, you can post your messages on their website. They then select the 100 most romantic to display on the 170 digital street signs around Paris. 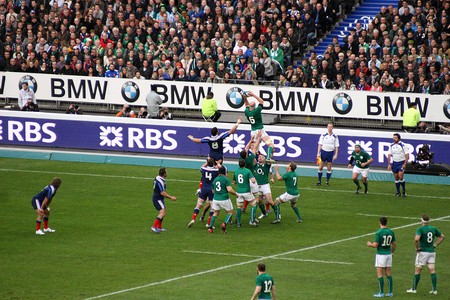 If you love sports, then a Six Nations Championship match is a must. This annual rugby tournament is played between teams from England, France, Ireland, Italy, Scotland and Wales, with the winner being unofficially dubbed the European Champions. Matches take place in all six participating nations, which adds to the patriotic fervor of the event. With an attendance of nearly 70,000 spectators per match, expect a raucous time. 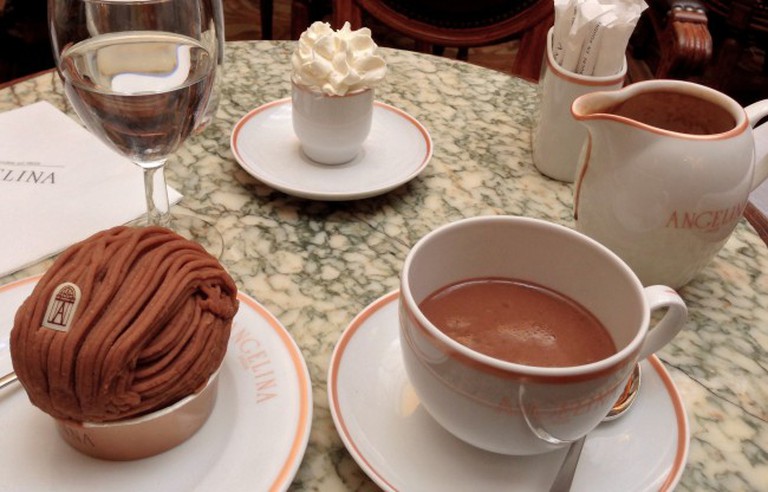 Angelina Hot Chocolate | Angelina Hot Chocolate
Held in the striking glass and iron main hall of the Grand Palais, the Taste of Paris is perfect for lovers of French gastronomy (and who isn’t?). The event invites 18 chefs, including legends such as Alain Ducasse and Guy Savoy, to create their own pop-up restaurant. Artisan food makers will also be on hand to sell their products. Guests can wander around the majestic hall, sample the signature creations, participate in cooking demonstrations and buy regional French food products.
Open In Google Maps
Paris, France
Give us feedback

Warm Up with French Hot Chocolate

There is hot chocolate, and then there is the chocolat chaud parisien. Made almost exclusively with dark chocolate and milk, a Parisian hot chocolate is unctuous, warming and not too sweet. Try one at Ladurée, Angelina or Café de Flore, three of the coziest tea houses in Paris. 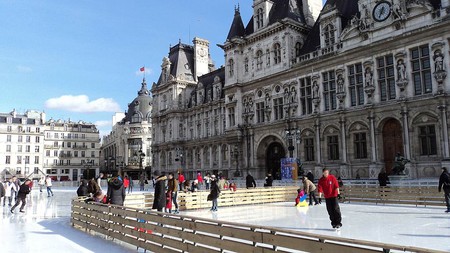 Ice Skate in the Heart of Paris 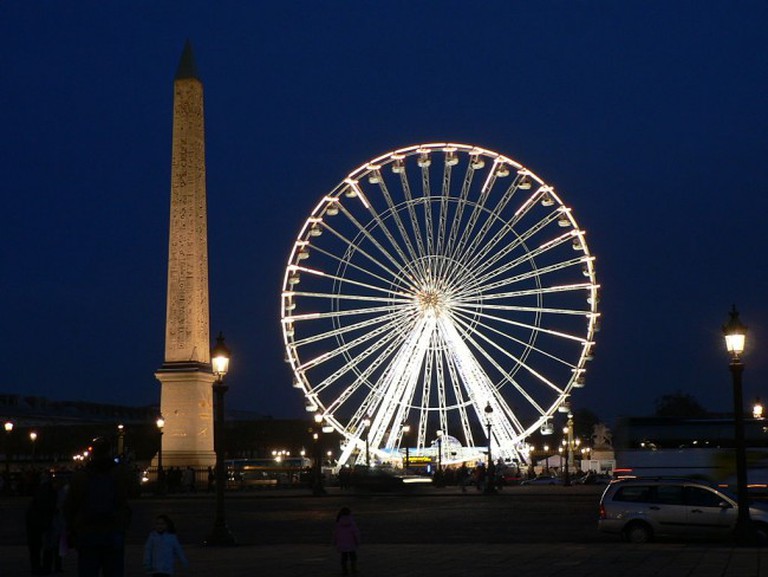 La Grande Roue de Paris | La Grande Roue de Paris
Ice skating outdoors in the shadow of the Eiffel Tour or at the Champs Elysées is a Christmas tradition in Paris. While some of the outdoor rinks close after the holidays, a few stay open until March. No skates or skills are necessary since each rink offers ice skate rentals, and official attendants give newcomers a helping hand.
Open In Google Maps
Paris, France
Give us feedback

Take a Spin on the La Grande Roue de Paris

Another highlight of the holiday season that can be enjoyed until March is the Ferris wheel at the Place de la Concorde. The original Grande Roue de Paris was 100 meters tall and built for the 1900 World’s Fair in Paris. Though today’s version stands at ‘only’ 70 meters, riders are still treated to a panoramic view of the Louvre, the Jardins des Tuileries and the Champs Elysées. 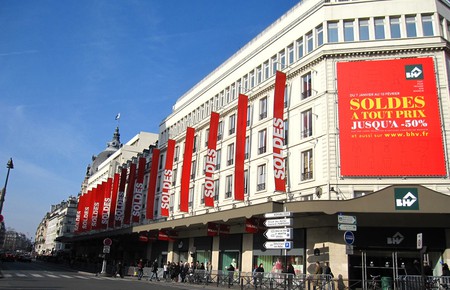 Soldes at the BHV | © erin/Flickr

Go Bargain Hunting at the End of les Soldes

In France, there are two major sales per year, one starting in January and the other in June. At the beginning of these six-week sales periods, called les soldes, Black Friday-style buying frenzies are the norm. However, in February when the sales are almost over, the real bargain hunting begins. With a little patience, you will be able to snatch up beautiful French clothes, accessories, kitchenware and even food for up to 80 percent off.

While most people associate French art with traditional movements like Impressionism, France also has a rich graphic design history. Celebrated works include iconic ads by Bernard Villemot and Cassandre. La Fête du Graphisme tries to grow this heritage by engaging graphic designers and the public with expositions, conferences and workshops that take place across multiple venues around Paris.

The three-week long Festival Suresnes Cites Danse, which takes place just outside of Paris, combines the energy of hip-hop and street performance with classic contemporary dance. In addition to the nearly 30 performances, there are also hip-hop workshops for children and open rehearsals where you can meet the performers and watch the creative process. 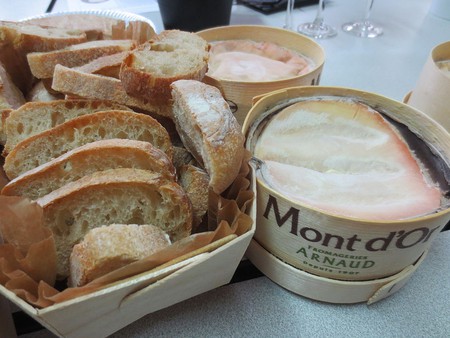 What is better in the winter than a hearty cheese fondue? One of the most celebrated fondue cheeses in France is the Mont d’Or. Made from raw cow’s milk and ripened in a wooden box, this cheese is best enjoyed baked with a touch of garlic and white wine and served with ham, potatoes and bread. You can pick one up at the celebrated Fromagerie Quatrehomme or enjoy one at Le Chalet Savoyard, a cozy restaurant that specializes in fondue, raclette and other cheesy classics that help the French survive winter. 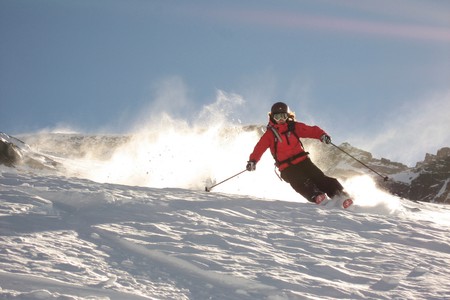 Get Out to the Mountains

Shop
Facebook
Email
Twitter
Pinterest
Copy link
Share
Map View
The French are serious about their holidays, and they are serious about skiing. Therefore, it is not surprising that the February school holiday is informally known as the ski holiday. The government has even staggered when each region takes their holiday in order to take pressure off the ski resorts. So, join the French at sporting goods stores Decathlon and Au Vieux Campeur, stock up on ski sport necessities and prepare to hit the slopes!
Au Vieux Campeur, 48 rue des Ecoles 75005 Paris, France, +33 1 53 10 48 48; various other locations
Open In Google Maps
Paris, France
Give us feedback
Give us feedback