Ever fancied having a peek inside Paris’ hippest architecture firms? Well, thanks to Marc Goodwin and Mathieu Fiol’s new photo series, you can. Amidst the white walls and steel beams, you’ll find a few unexpected interior design ideas for your own home or workplace.

Martinez Barat Lafore Architectes has been based in this vast brutalist complex in the south-eastern suburb of Ivry-sur-Seine since 2014. The 100m² office, a converted apartment, is shared by a two-architect team. 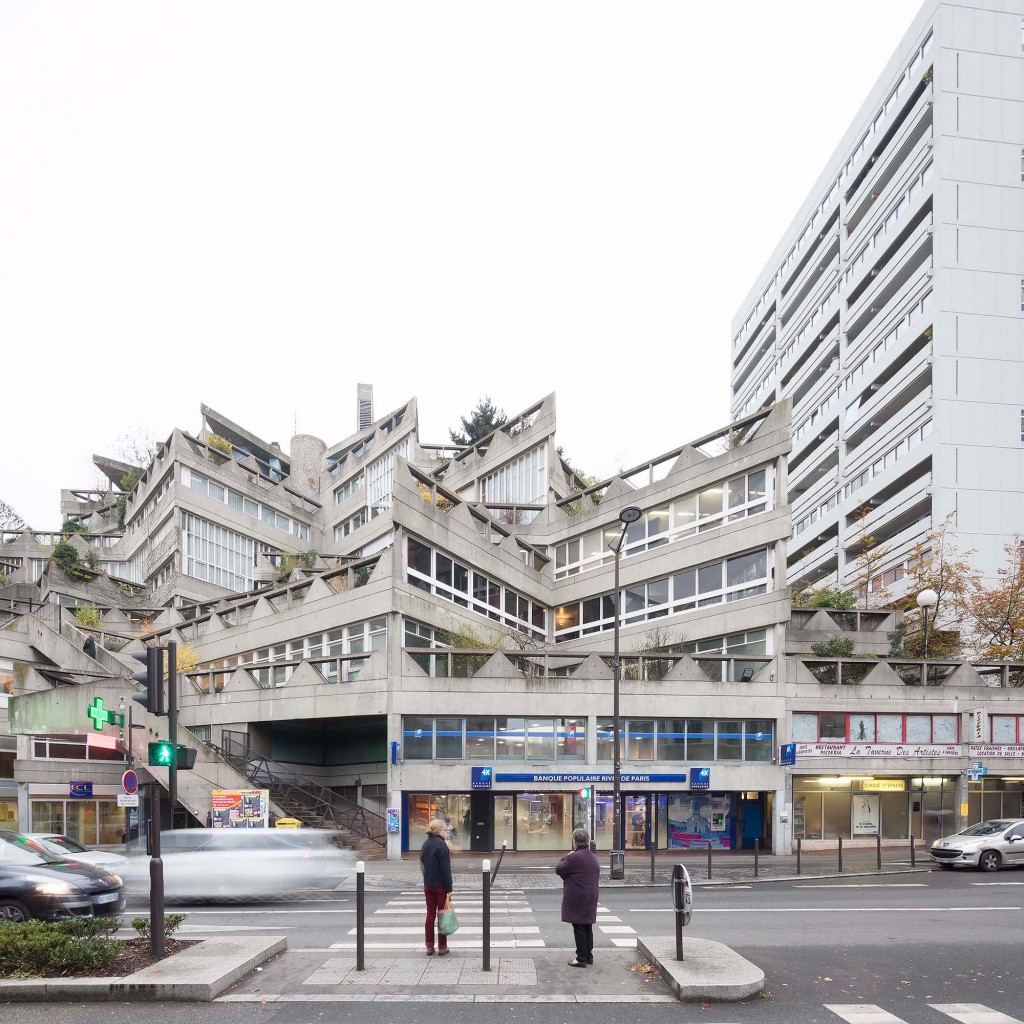 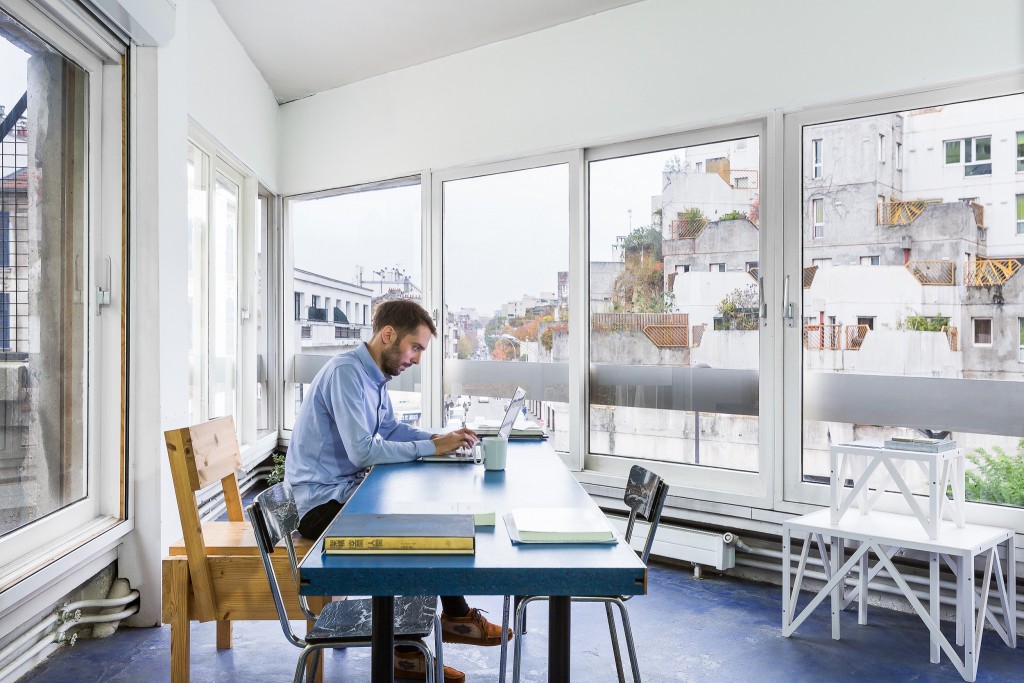 Located in the 5th arrondissement, NICOLAS DORVAL-BORY ARCHITECTES is just a few steps away from the Jardin du Luxembourg. The team has been operating out of this transformed electricity shop since 2011. 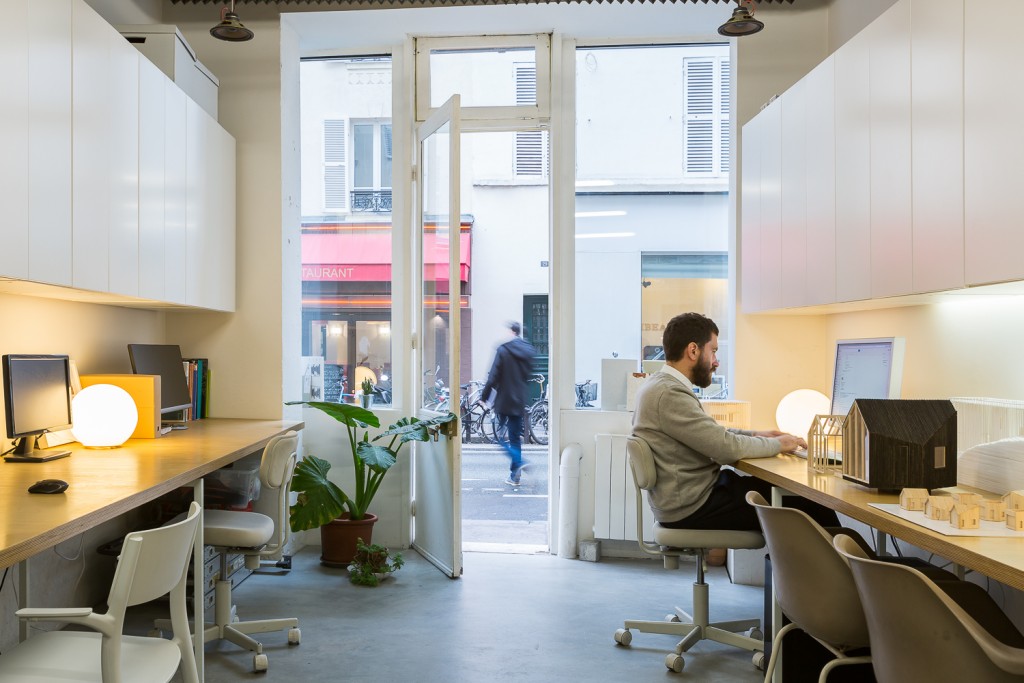 Tucked down a cobbled lane on the edge of the 20th arrondissement, TANYA KLYNE took over this 30m² scooter parking garage in 2013. The drum set in the corner is proof that even the smallest offices have enough space in which to have fun (and make noise). 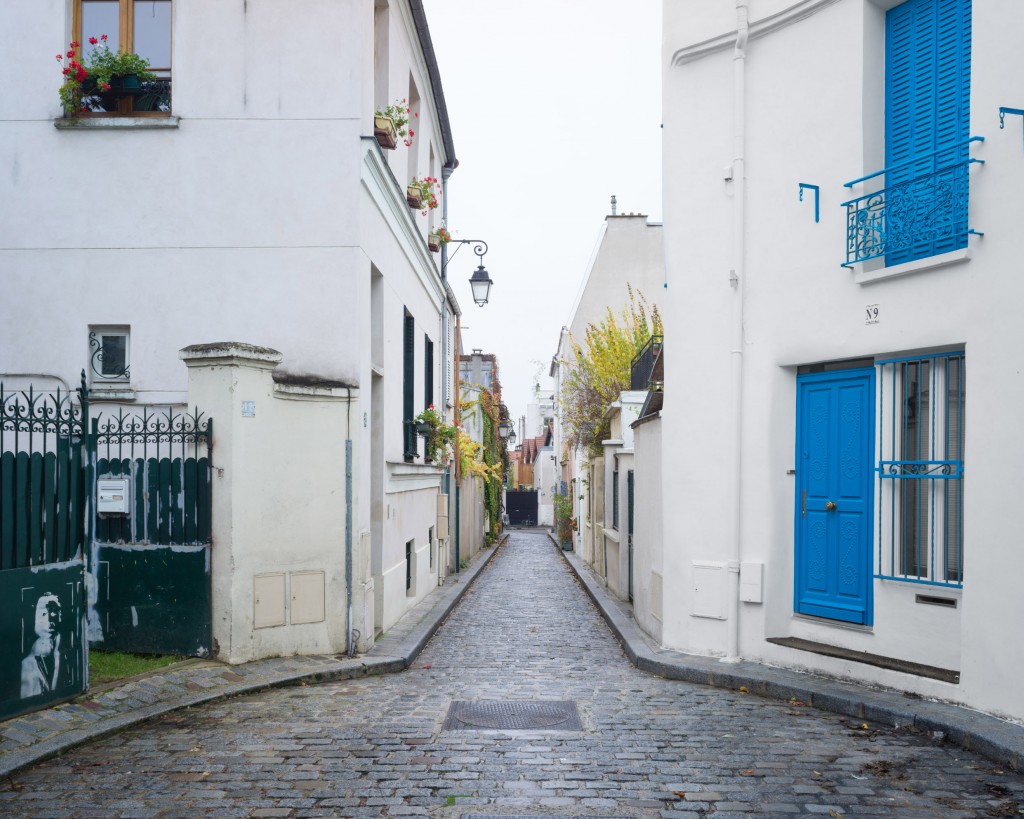 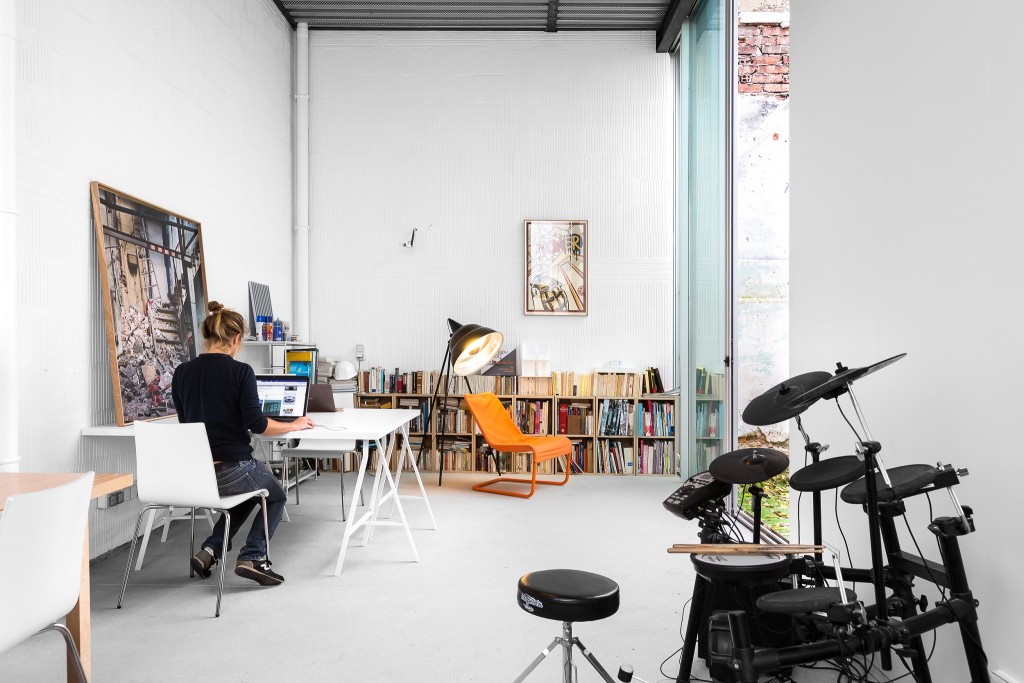 Thomas Raynaud (BuildingBuilding) has been at its address in Saint-Germain-des-Prés since 2010. Five architects share the 50m² space, which was formerly an apartment. 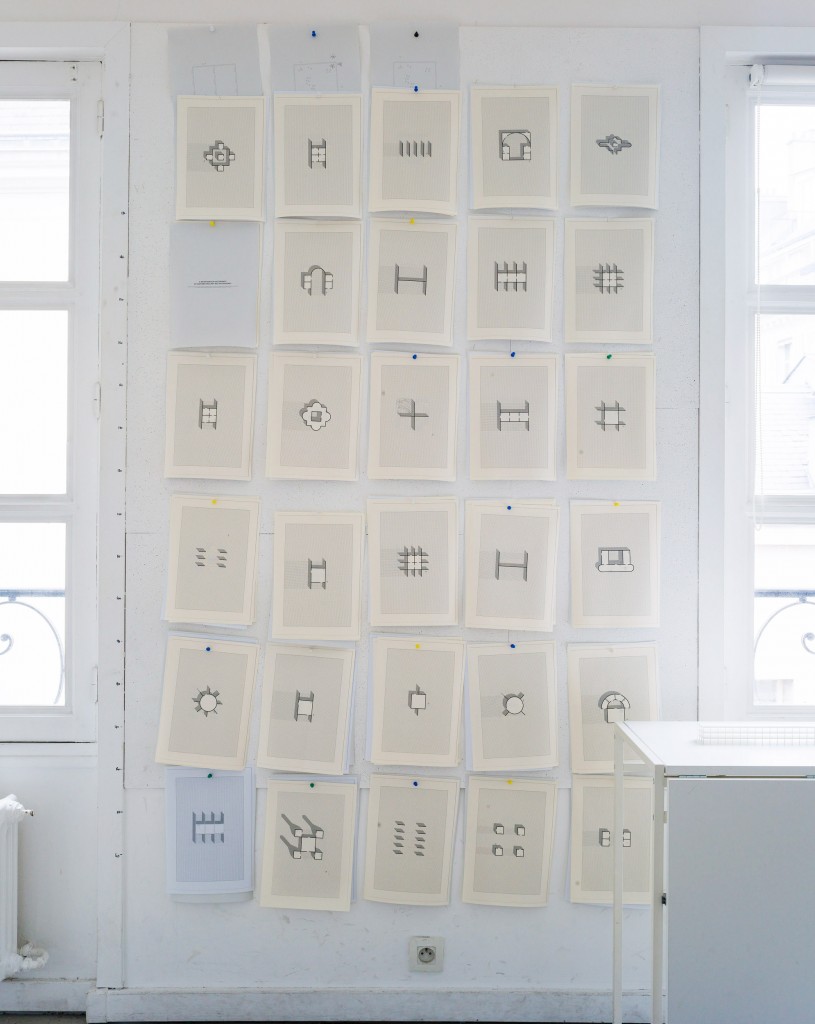 In April 2016, Philipe RIZZOTTI ARCHITECTE took over the Centre International des Arts de la Table (C.I.A.T) showroom near Les Halles. The six-strong team have 110m² in which to work and lots of empty white shelves to ponder. 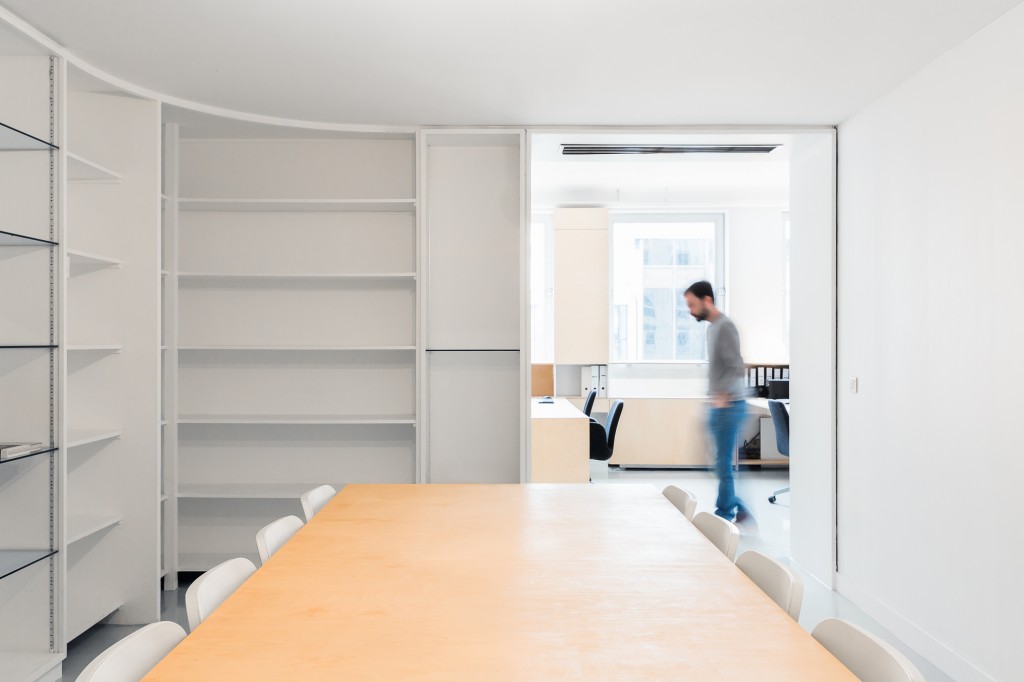 This company has been in Belleville since January 2010. The team is now composed of two partners and eight employees, and the premises comprise an 80m² office and a separate 15m² workshop for model making. 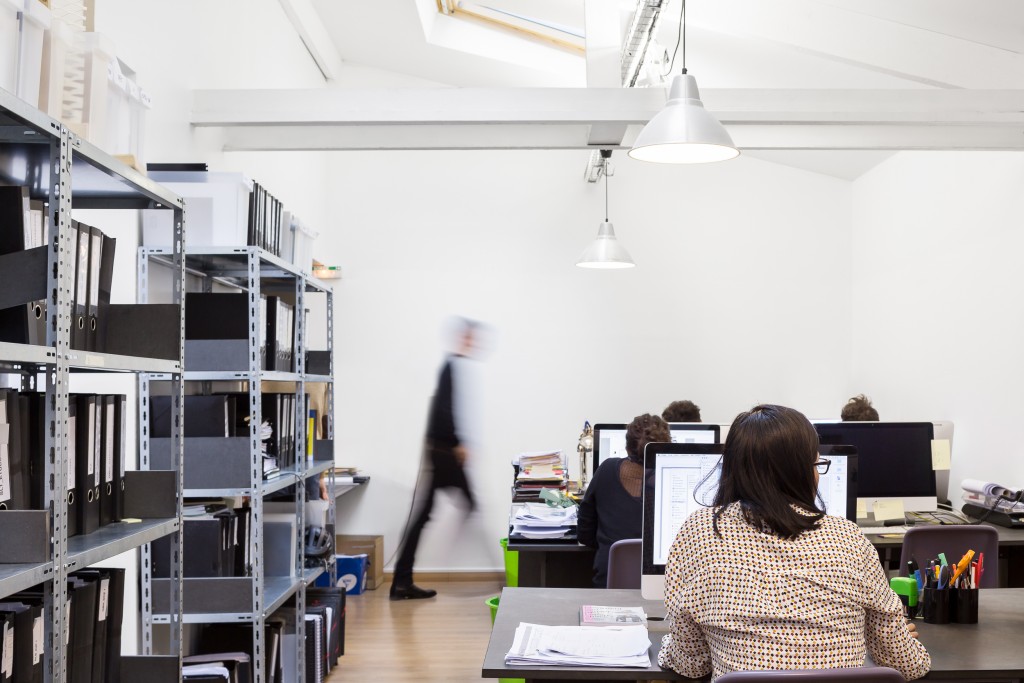 DATA chose a former artists’ loft in Bagnolet, one of Paris’ up-and-coming eastern suburbs, for their new offices in April 2016. The spacious 265m² workspace, shared by 14 architects and three interns, is flooded with light and minimally decorated. 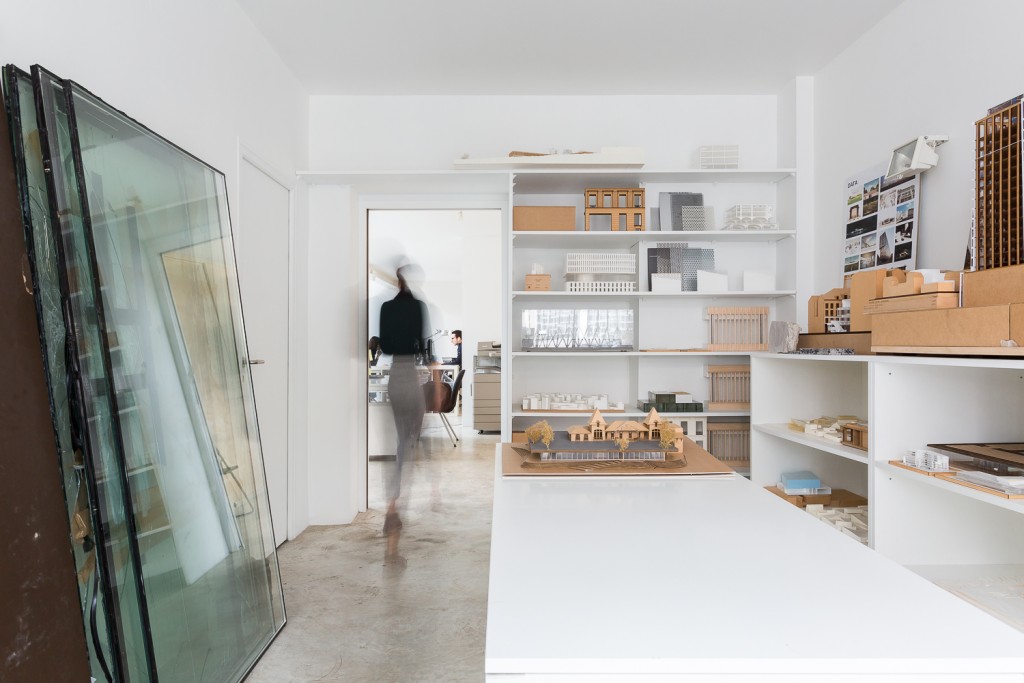 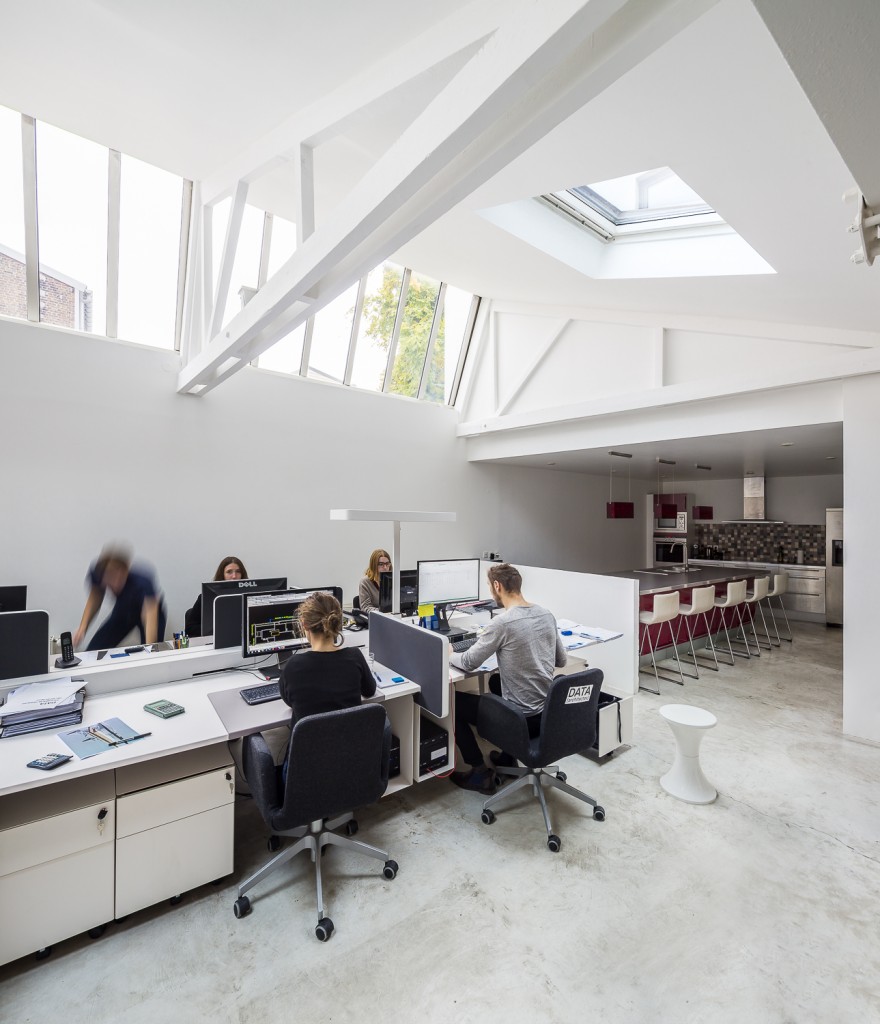 Based in a converted metal tubing merchant’s in the 18th arrondissement since 2000, Périphériques Marin + Trottin Architectes covers 240m² and consists of 15 members of staff. 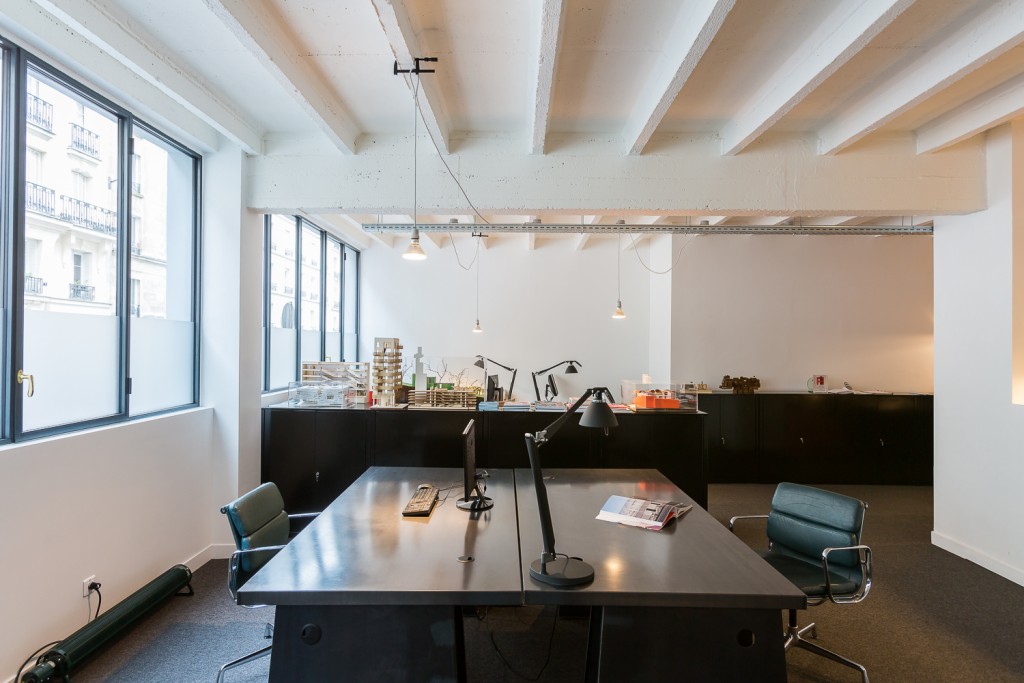 Laisné Roussel opened their offices in trendy Montreuil back in 2011. Set back from the rue Barbès and hidden from view behind an intriguing black gate, the 375m² one-time joinery and later food colorant manufacturer retains much of its industrial feel but is softened by a surprising volume of internal greenery. 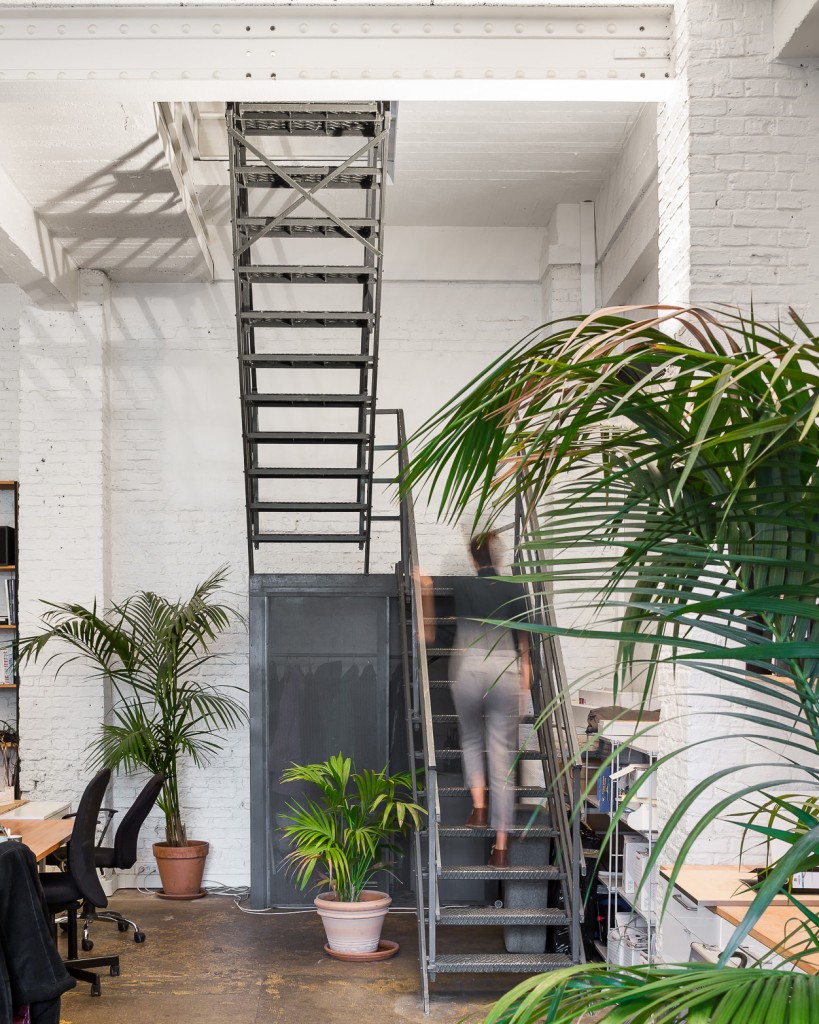 XTU ARCHITECTS moved into this 10th arrondissement office block in 2014. The team of around 20 employees share a space that incorporates multiple materials like smooth and rough concrete, glass, and plywood.

The former clothing workshop in which LAN has been situated since 2009 has amazing original floorboards, painted white except for the grooves, and wide, clear walkways. 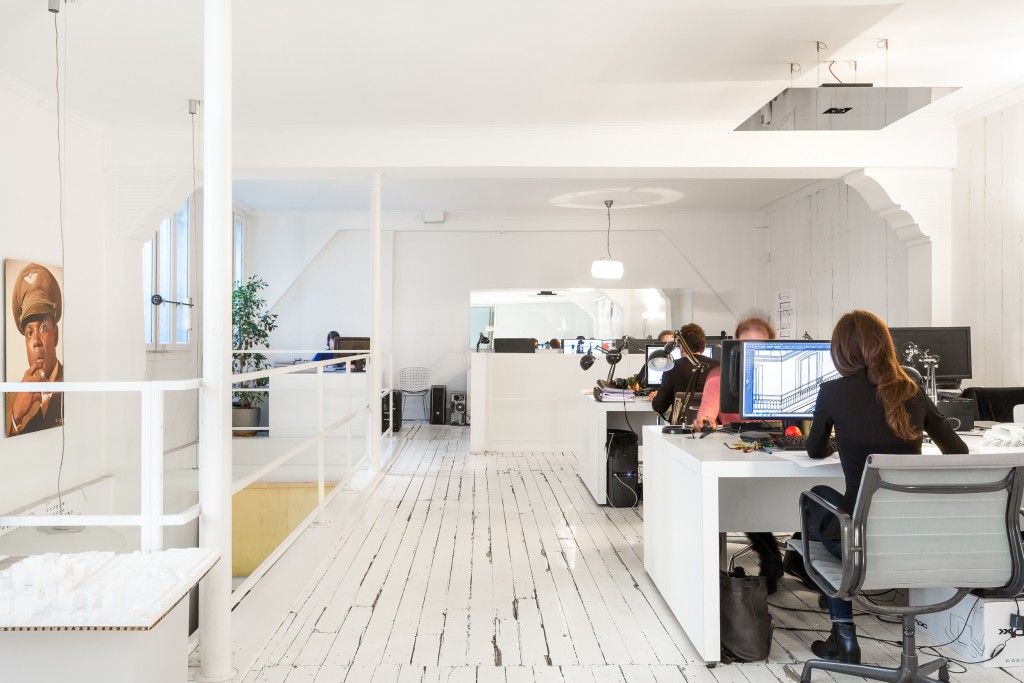 Another resident of Montreuil, Archi5 has been based in this converted vinyl record sleeve printer’s since 2006. The 900m² space is more than enough for the firm’s 30 employees and four partners. 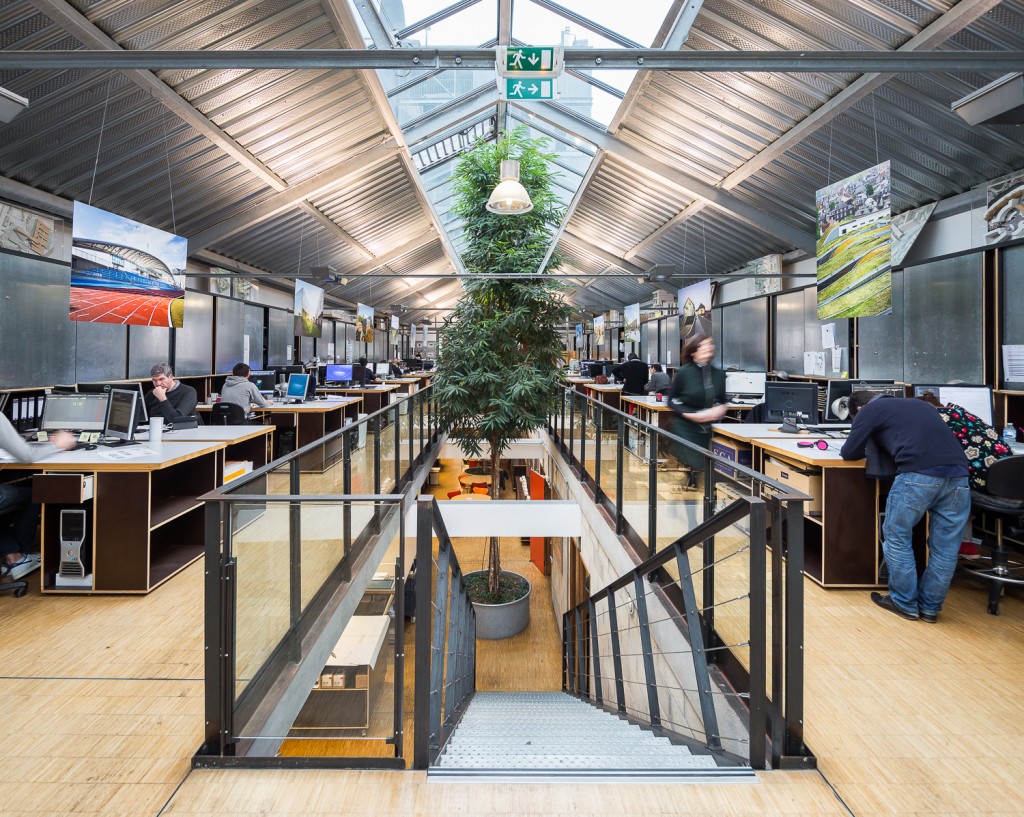 Richez_Associés, which has occupied 950m² of an incredible timber building off the Place de la Bastille since 2007, boasts over 70 members of staff and a wildly impressive collection of taxidermy. 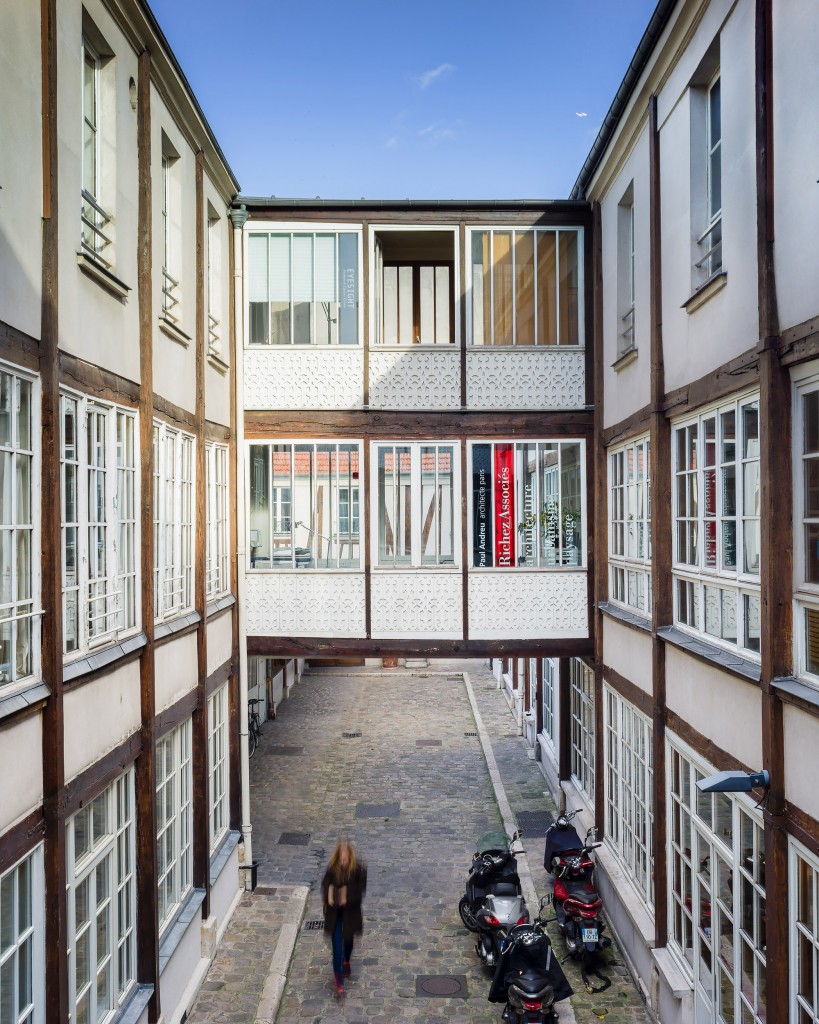 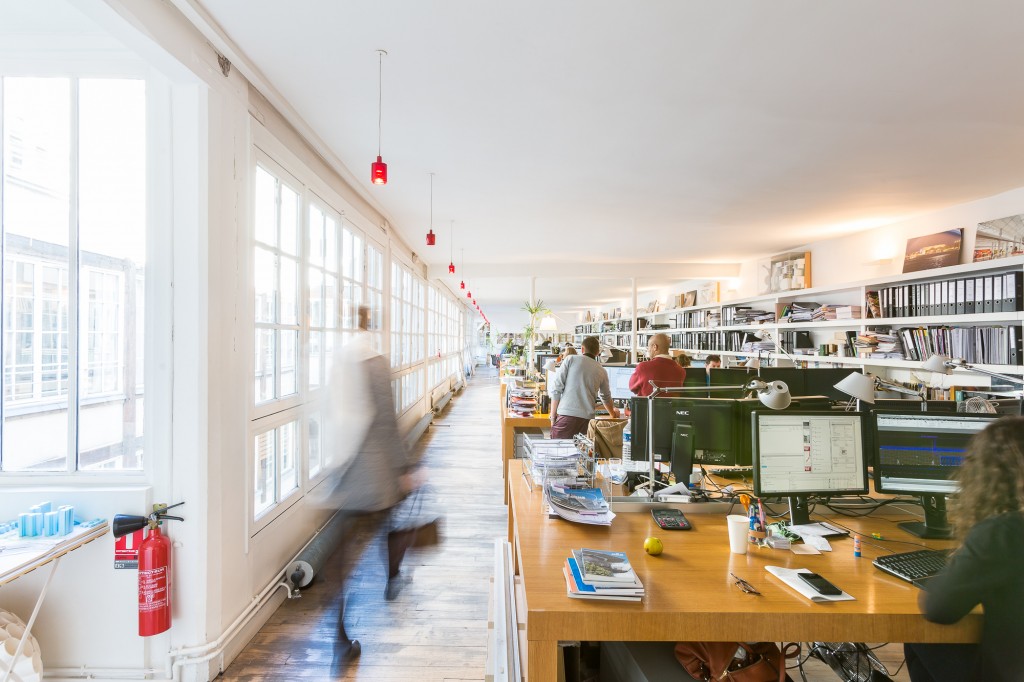 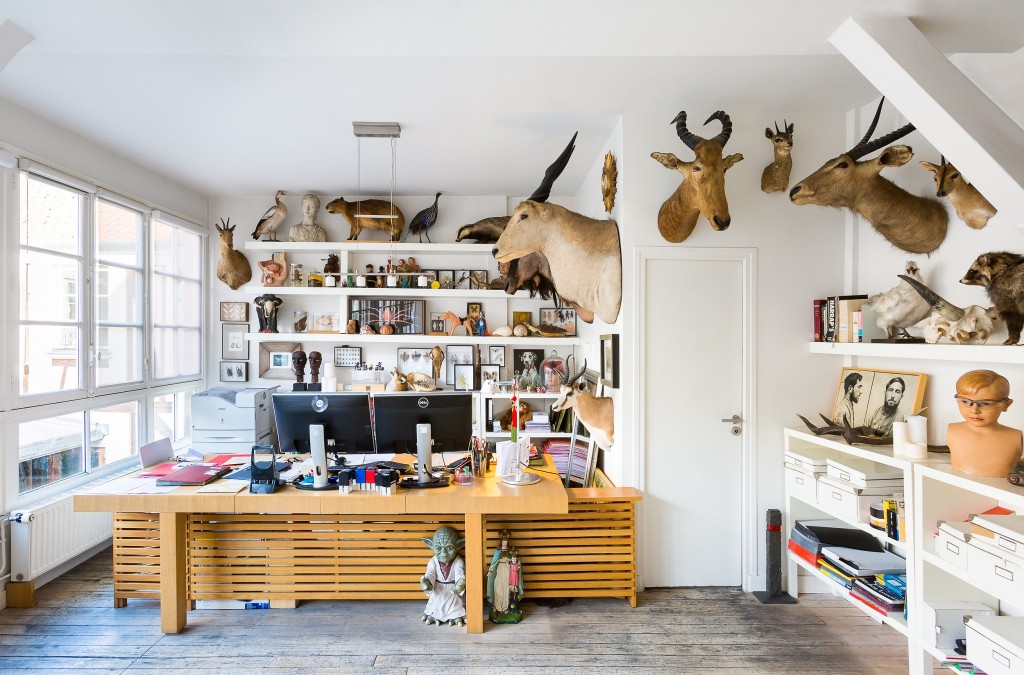 The Renzo Piano Building Workshop in the Marais has an impressive 1,500m² to share between its 95 employees. The team have been in this former art gallery since 1992. 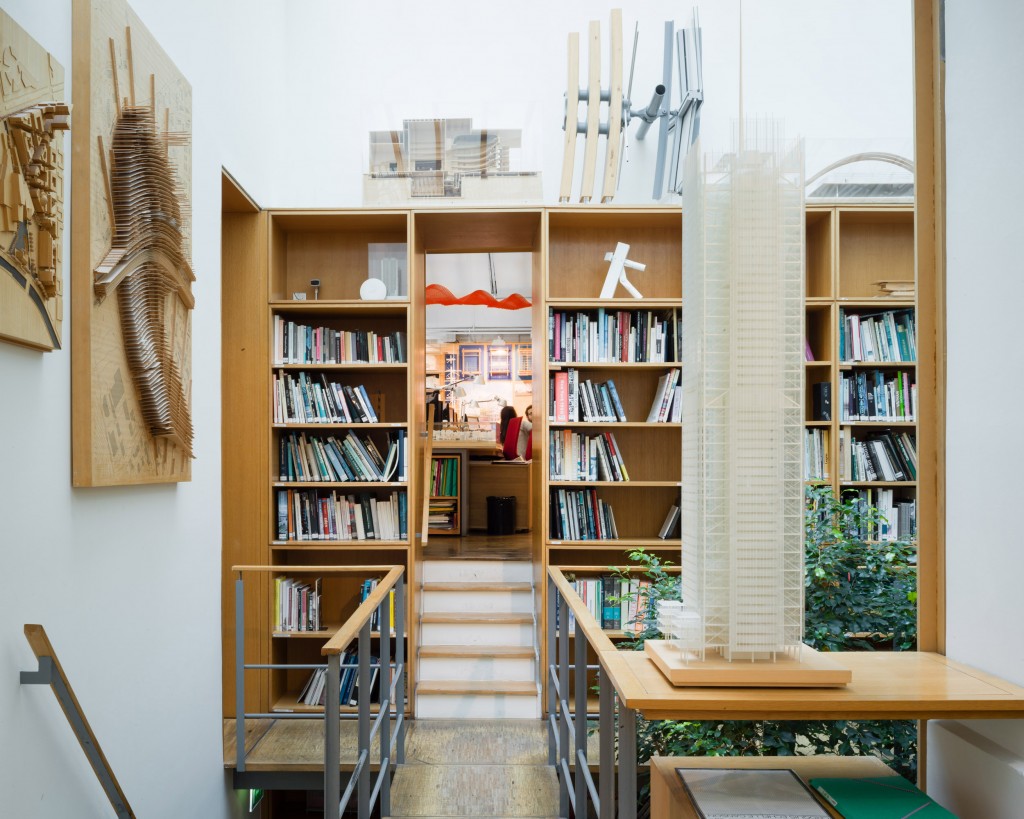 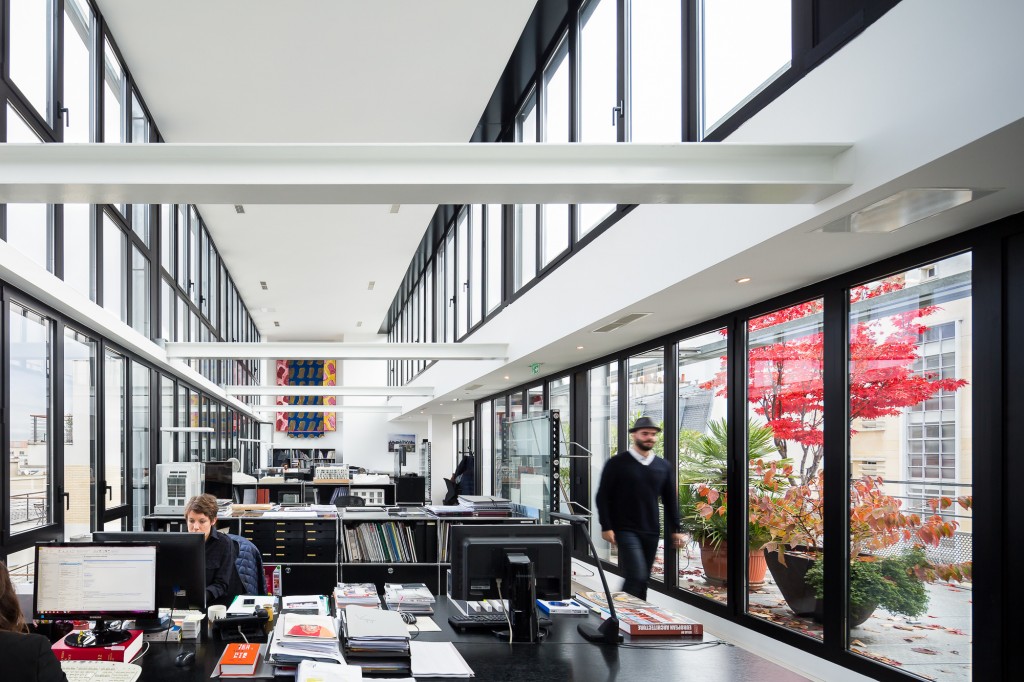 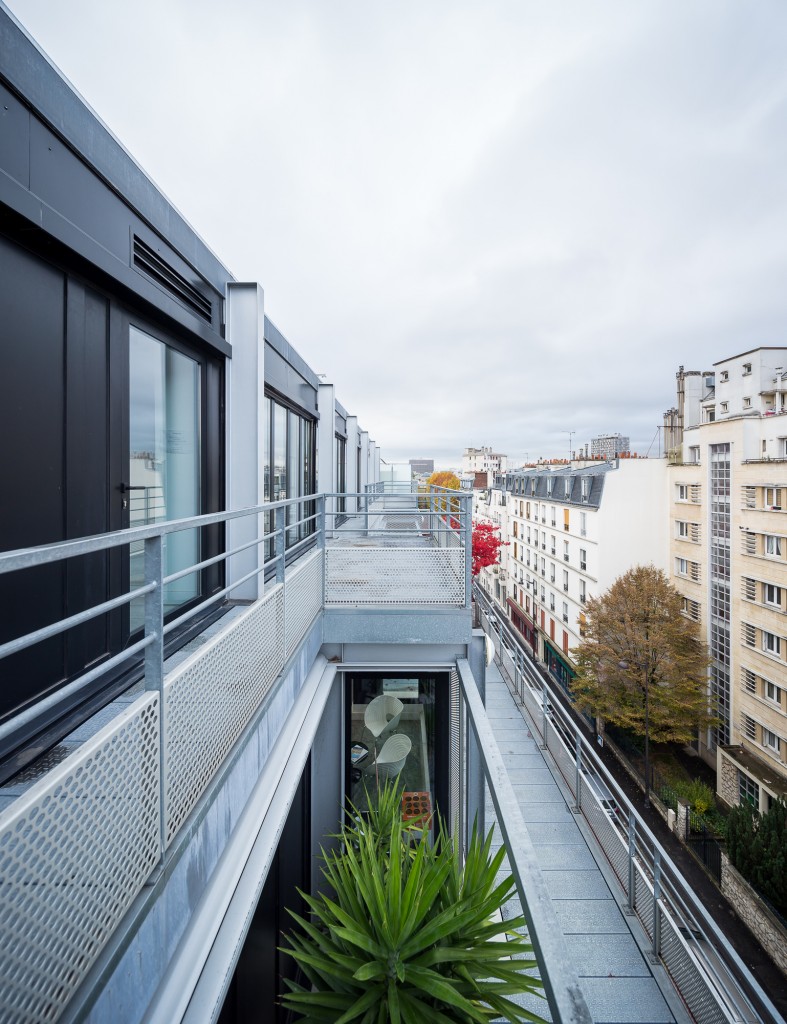 The largest office by some margin, Architecture-Studio has 2,650m² of property in Bastille. The former herbalist’s has been enjoyed by the firm’s 150 employees since 1973. Its atrium fills the office with light, enough to grow a spectacular tropical tree to full height. 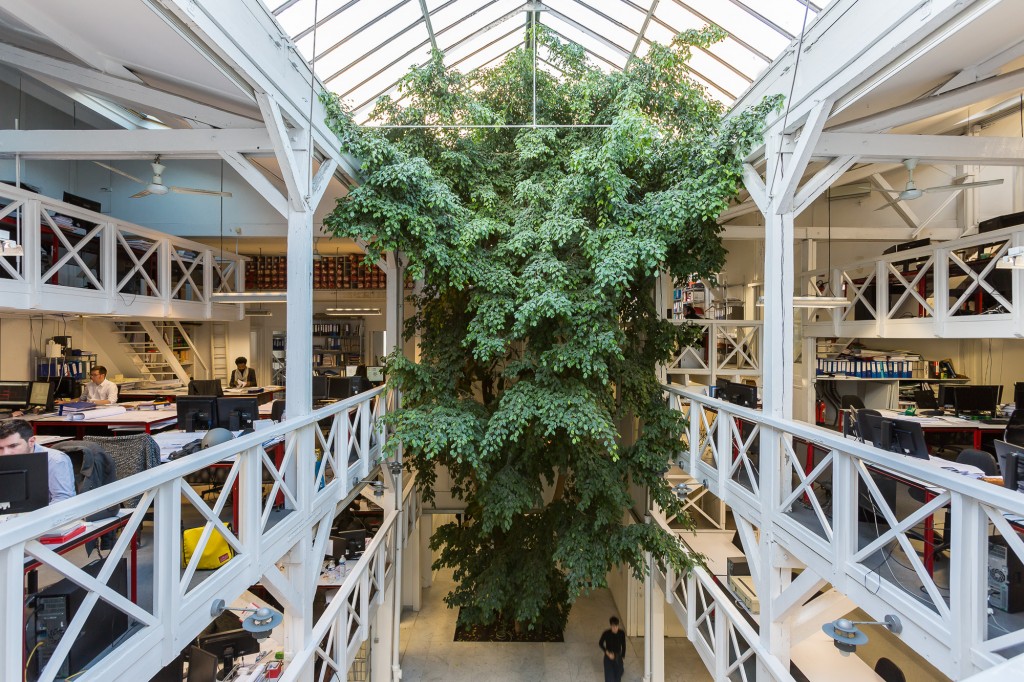 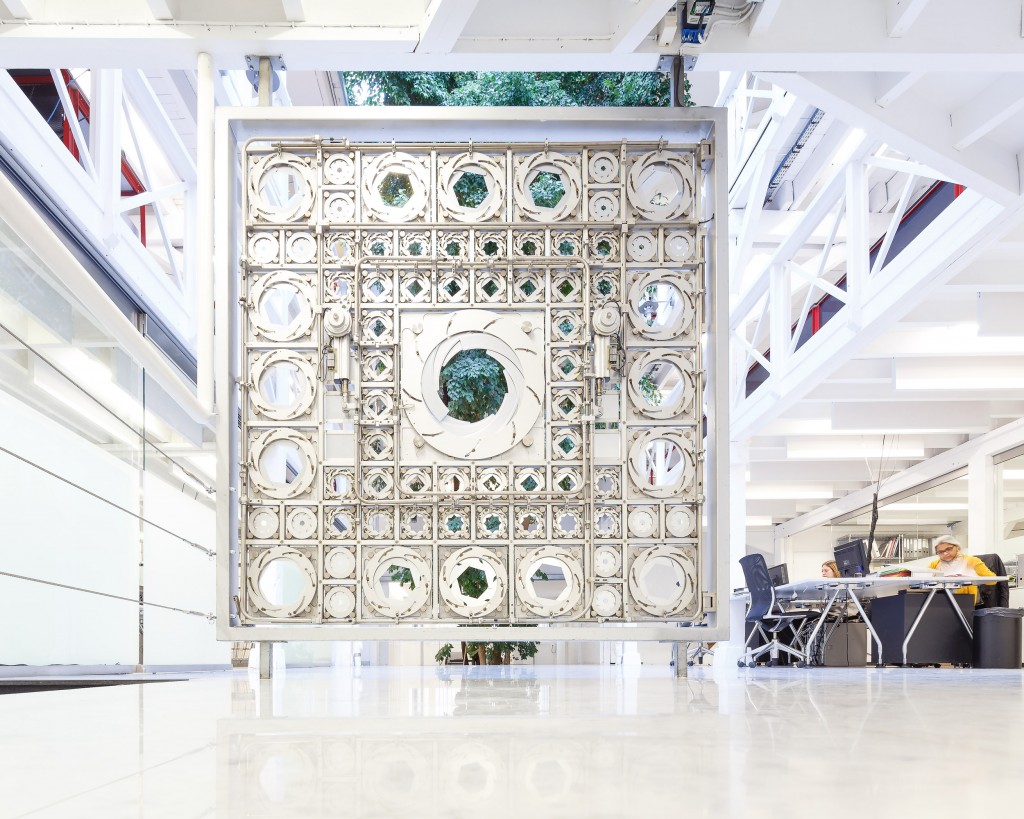 You can see more of Marc Goodwin’s work on architecture studios around the world by checking out the Archmospheres website or following him on Twitter or Instagram.