The 2015 terrorist attacks caused an 8% drop in visitor numbers to Paris last year, taking €1 billion out of the local economy, and yet France remained the most world’s visited country. How? Because travelers realize that there is always a good reason to visit the French capital. If you choose to do so, these 15 tips will keep you happy, healthy, safe, and with a few euros in your pocket.

Know what to do in an emergency

Familiarize yourself with emergency contact numbers, the most important of which is 112 (for hearing assistance dial 114). The operator will dispatch medical assistance (SAMU, 15), the police (gendarmerie, 17), or fire and accident (sapeurs pompiers, 18) depending on the situation. French firefighters are trained to deal with medical emergencies and are the most commonly dispatched unit.

For EU travelers, make sure to apply for or renew your EHIC, which will guarantee you access to state-provided healthcare. Regardless of your home country, travel insurance is a must when visiting Paris, for accidents and damage, loss, or theft of your belongings. If you fall ill during your stay, use Doctolib to find an English-speaking doctor for a non-emergency. Our guide to Parisian pharmacies explains their peculiarities. 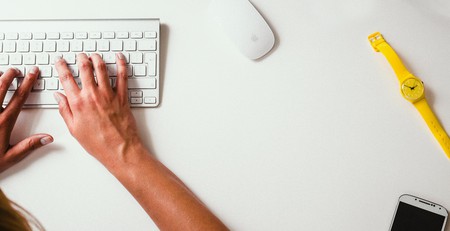 Be cautious on the metro – keep your bag in your hands or tucked into your body, not hanging on the crook of your arm or on your back – and near tourist attractions. One popular ‘scam’ to be conscious of is when someone (usually a young person) asks you to sign a petition and then demands money. Homelessness and begging are also commonplace in Paris and while the people are mostly harmless you won’t be able to help everyone without going broke. 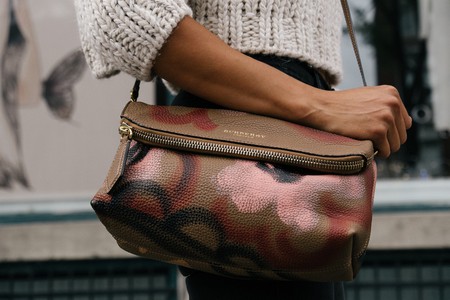 The easiest, most cost-effective way to travel is on the metro or buses. A single journey costs €1.90 and a book of 10 tickets is only €14.50. There are also a variety of short-term passes. If you are staying for a week or more, consider investing in a Navigo. Private taxis are extortionate and to be avoided unless you have money to burn. Uber has a large (and controversial) presence but the service sometimes suffers from strikes.

Once you’ve made the very wise decision to rely on the public transport system during your trip, the next step is to download the Next Stop Paris app. It works offline and so won’t rack up crazy roaming charges and provides all the network’s maps, a helpful route planner, live updates, and a whole load of other useful tools. If you’re feeling ambitious, try the standard RATP app that no Parisian lives without.

As good as the public transport is, you’ll still want to walk around and see the city, especially during the warmer months. Learn the lesson of millions of tourists who come, walk miles more than they’re used to, and end up soothing their blisters in the public fountains: pack comfortable footwear. The French are also notoriously bad at cleaning up after their dogs so mind your step. 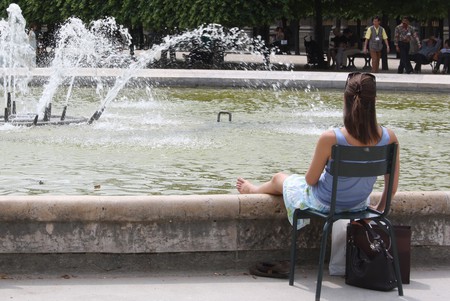 Wherever you are walking, pay attention to what’s happening on the roads. The rules for French motorists and other road users might be different to what you’re used to – being allowed to turn right at red traffic lights or cycle straight through them – or they may just not be respected at all. Zebra crossings are particularly treacherous, with drivers slamming on the brakes at the last second or speeding straight through them. 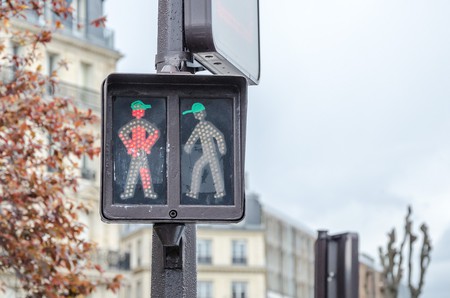 Make an effort with the language

You don’t have to master French to enjoy a long weekend in Paris but knowing the absolute basics will at least ingratiate you with the locals, even if all you can remember is bonjour, s’il vous plaît, and merci. When it comes to manners, formality not familiarity is a good rule of thumb. If your French isn’t up to scratch, the best way to demonstrate this is simply by adding monsieur or madame to the three phrases above.

Unless you stick to the touristy areas, you’ll find that restaurants operate two strict services per day, one for lunch between midday and 2PM and at dinner between 7:30PM and midnight. Of course, there is some variation on these times so check online first. Shops also regularly close for part of the day, usually during the lunch break, and may operate irregular opening and closing times depending on the day of the week. 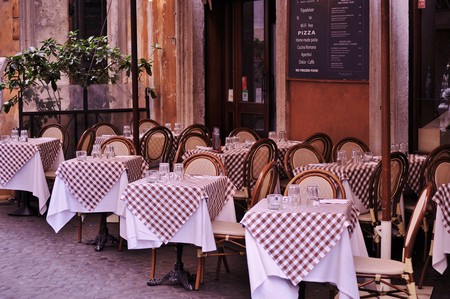 Only tip if you really want to

Tipping in Paris isn’t mandatory. Wait staff earn a living wage, about the same as they would working in a store or bakery, and the service charge is already included in the bill. That’s not to say that you mustn’t tip but only do so if you’ve received good or exceptional service. In either case, 5% or 10% of the bill should suffice. 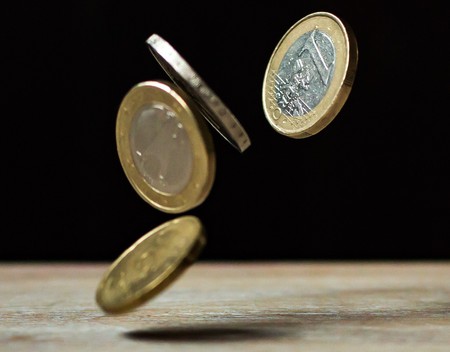 Sunday shopping is a contentious issue in Paris and national laws banning it were only relaxed in 2015. Today, there are 12 international tourist zones in the capital, including Les Halles and the Champs-Élysées, which enjoy longer opening hours. Local politicians have moved to add 12 extra shopping days to the calendar but this has yet to be confirmed. Most cultural attractions stay open at the weekend and take Monday or Tuesday as a day off instead. 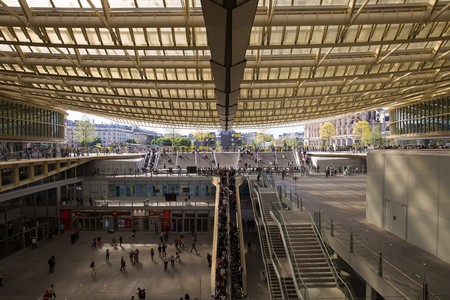 If you’re lucky enough to still be a student, don’t forget your ID as it will guarantee you free or reduced entry into most attractions. The same is also true if you are under 26 and have another form of ID. Otherwise, the best time to visit the priciest museums, which include the Louvre, Musée d’Orsay, and Centre Pompidou, is on the first Sunday of the month between October and March when they have open doors. Alternatively, go to one of the City of Paris museums, which are just as good and always free. 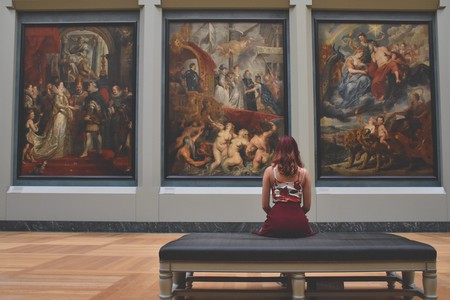 Be careful around protests

The French don’t hold back when expressing their political dissatisfaction. In the past two years alone, there have been large-scale demonstrations by taxi drivers, trade unionists, and anti-police protestors. None of these compare to the intensity of the 2005 riots but it can often feel like a burning vehicle is just around the corner. With the presidential elections approaching, more demonstrations are likely on the cards. The streets might also become a little overwhelming after major sporting events and during the Bastille Day and Fête de la Musique celebrations. 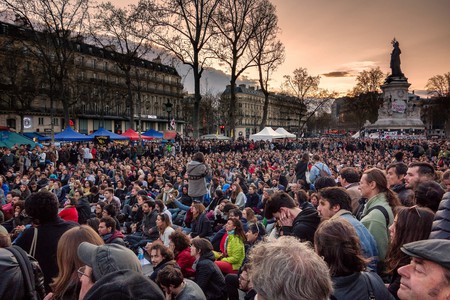 The seasons in Paris are reasonably stable and distinct with mild, wet winters and autumns and dry, warm springs and summers but this is Western Europe and a sudden downpour is never completely out of the question. While extremely cold temperatures are rare, it can become exceedingly hot, with the thermostat going above 40 degrees Celsius for days on end. The best thing to do is keep up to date with a local weather report. 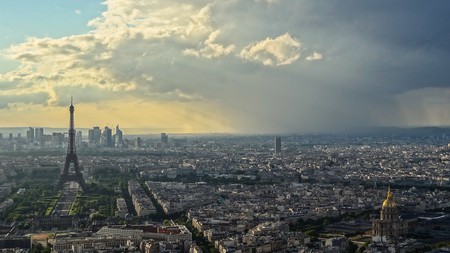 Drink responsibly by the river and canals

While it goes without saying that you should always drink responsibly, particularly when in a foreign city where you might not speak the language or know your way around, this is exceptionally important when hanging out by the Seine or the Canal Saint-Martin as many young people do. There are few or no railings along these bodies of water, the paving underfoot is old and uneven, and the river at least is deeper and quicker moving than you’d expect. 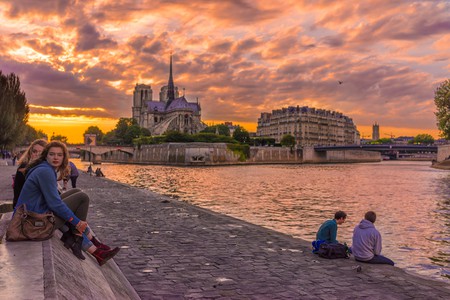 Drinking by the Seine │ | © Nicolas Winspeare / Flickr
Give us feedback