15 French Slang Words To Make You Sound Like a Local

Even people who have studied French for years occasionally suffer the embarrassment of being responded to in English by French people who are quick to pick up their accent. If you want to really fit in, it is necessary to learn French argot (slang), of which there is plenty!

Many modern French slang words come from other words having been inverted. This rings true here with chanmé, which came from méchant, meaning badly behaved or ‘wicked’ and ordinarily used to describe a child. You will hear Parisians using it to mean ‘wicked’ in the modernised, positive sense of the word. This is an easy one to slip into conversation without sounding too forced.

“The concert last night was wicked!”

This can be used in numerous ways, but it certainly is not a pleasant word. It is basically used to describe anything that is a pain in the ass, be that a person or a situation.

“The restaurant is closed on Mondays!? How annoying!”

This verb can be used to mean ‘to eat’, but more in the sense of ‘to scarf’. With all the culinary delights of France, this word is sure to be useful! (‘La bouffe’ can also be used as a noun to mean ‘food’.)

“I ate at least 10 macarons – they were delicious and I was starving!” 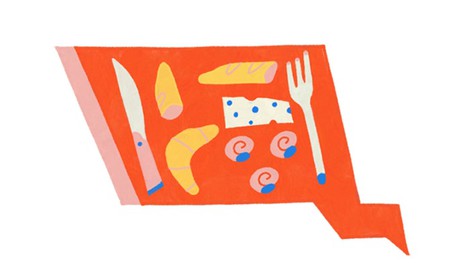 This phonetic acronym of the phrase au calme was made popular by French rapper Booba with his 2014 single. It is used by young people to describe something that is ‘cool’ or ‘chilled’, in the ‘hip’ sense of the word. If you start following French people on Instagram, you will start to see it crop up more and more in captions:

“A nice stroll this evening #chilled”

This expression roughly translates to ‘let it go’, or ‘just forget it’. It is not a particularly aggressive phrase and is used in unimportant situations. For example, if you were struggling to understand someone and they had already repeated themselves numerous times, they may eventually tell you to laisse tomber.

“Just forget it, it doesn’t matter!”

This is a way to express that you are unhappy about something or, perhaps more accurately, ‘pissed’ about something. This is true Parisian slang, and you will definitely impress people by dropping this into conversation. Most people of older generations will not have even heard of this expression.

Translates to ‘guy’ in a general sense, as a more casual way of describing a man, but is also commonly used to describe a boyfriend. 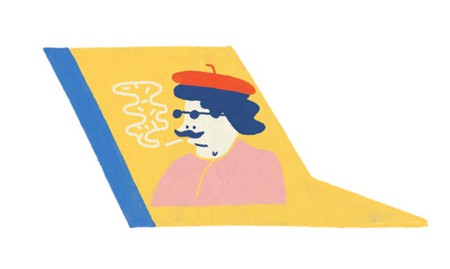 The French are known for being a nation of smokers, so it likely that at some point during your stay, you may be asked if you have a spare clope, which is the slang word for a cigarette. The equivalent for us might be ‘a smoke’ or ‘a cig’.

“Could I pinch a smoke from you, please?”

Another insult that you may hear thrown about more often than you might think, mytho is an abbreviation of mythomana, literally meaning ‘a compulsive liar’, commonly used to describe someone who has been known to exaggerate the truth, often with the intent to make himself sound better.

“Don’t listen to him — he just makes stuff up. He’s a complete liar!”

Wesh, or wech, is a slang greeting, used by most young people in an ironic way. It comes from the banlieues (suburbs) of Paris and originally came from rappers, who used the term to greet their ‘crew’. If you say this to a group of French people, you may well be laughed at, but it is certainly usable in texts or Facebook messages, in the same way we use ‘yo’.

This is used exactly the same was as it is in English. Literally, frais means ‘fresh’ and will be used to describe food, but the younger generation also uses it to describe things that they deem ‘cool’. Certain people you will hear using it completely seriously, while others now use it with a little more irony, just like in English.

“Bro, those are some fresh sneakers you got on there!” 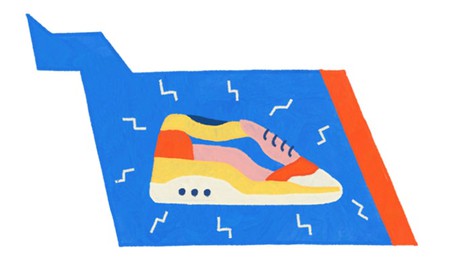 A great, easy verb to throw into everyday conversation and a good way to pay someone a compliment, kiffer is another way of expressing that you like something, in a much less formal way. Using this would be like saying that you ‘dig’ something. Occasionally replacing aimer with kiffer will be sure to make you sound like a local among young people.

As mentioned in a previous example, frérot literally means ‘little brother’, but it is used as we would use ‘bro’ and not restricted to biological brothers. It is usually used affectionately among friends, but can be heard between ‘cool young men’ on the street. You may consider using with a hint of irony, particularly as a non-native French speaker!

This is an informal version of the verb ‘to work’, i.e. travailler. Of course, you would not use it in conversation with your boss, but certainly among friends; it makes your French sound very authentic.

“Are you still a student, or do you work?”

This is a casual word for a woman, most similar to the English ‘chick’ and used in the same way. It is neither complimentary nor particularly insulting when used on its own. Although some may find it slightly derogatory when used as ma meuf (my chick), there are others who would think nothing of it, so you can make your own mind up on this.

“He won’t stop going on about that chick.” 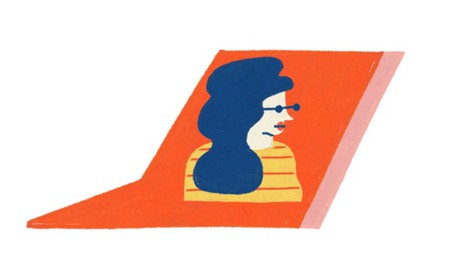 This is an insult used particularly (but not exclusively) against gullible or naive people. It could also be used against someone who is generally unappealing or ugly. Put simply, not something you would hope to hear said about yourself.

“Is your uncle gullible or what?”

You probably will have learned the word grave to mean ‘grave’ or ‘serious’, which is of course correct. However, young people in France have also taken to using it as an adverb, like we do in English to say that something is ‘seriously’ good or ‘crazy’ fast.

“That cake you made was crazy good!”

While this is not slang, strictly speaking, it is a colloquial phrase that you will hear time and time again, and it makes no sense when translated literally, so it is important to understand that it means ‘lots of’. You will find that it is easy to use once you get used to it.

“There are plenty of bars in the 19th arrondissement.”