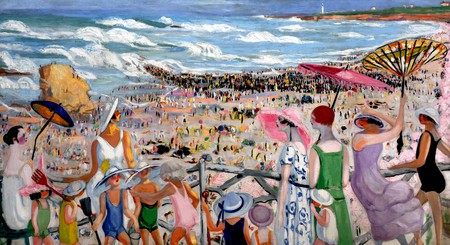 At the onset of the 20th century, Paris was indisputably the centre of the artistic universe. For the first time, the doors of the city’s fine-art schools and galleries were opened – albeit without banging off their hinges – to female artists. Women from across the world seized this opportunity.

You’ll have seen Suzanne Valadon’s face in the famous paintings of Renoir and Toulouse-Lautrec. As a child, she worked as a Jane of all trades before becoming Montmartre’s artists’ model of choice, which funded her early work. In 1894, she became the first woman to show at the Société Nationale des Beaux-Arts – three years before it admitted female students – but reached her peak after World War I. Showing man as an object of desire (as she does below) was revolutionary for a woman of her time. Her work can be seen at the Musée de Montmartre and the Centre Pompidou. 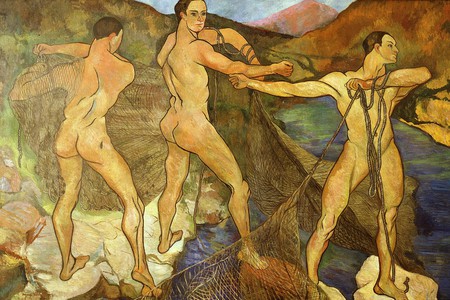 Marie Laurencin was a Parisian who began her artistic education in porcelain painting at the Ecole de Sèvres before studying alongside Braque and Picabia at the Académie Humbert. She was a member of the Cubists, most closely associated with the Section d’Or group; however, her use of delicate, airy pastels and pursuit of a distinctly feminine aesthetic distinguished her work from the movement’s norms. Laurencin’s unique style made her popular as a portraitist throughout the 1920s. Her work is on display at the Musée de l’Orangerie and MoMA in New York. 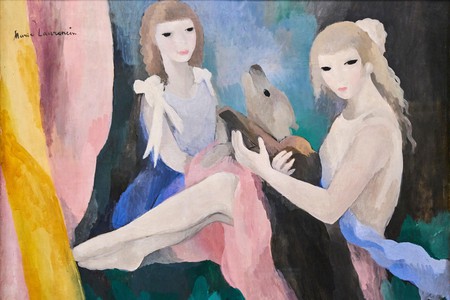 María Blanchard was born in Santander, Spain, with severe skeletal disabilities. Movement was extremely painful, so she was encouraged to sit and paint. In 1909, having won third prize at the National Exhibition of Fine Arts, her local government funded a sojourn to Paris. Here she discovered Cubism, into which she incorporated bright, harshly contrasting colours and her new home. Blanchard’s paintings appear in the collections of the Museo Nacional Centro de Arte Reina Sofía in Madrid and the Courtauld Institute of Art in London. 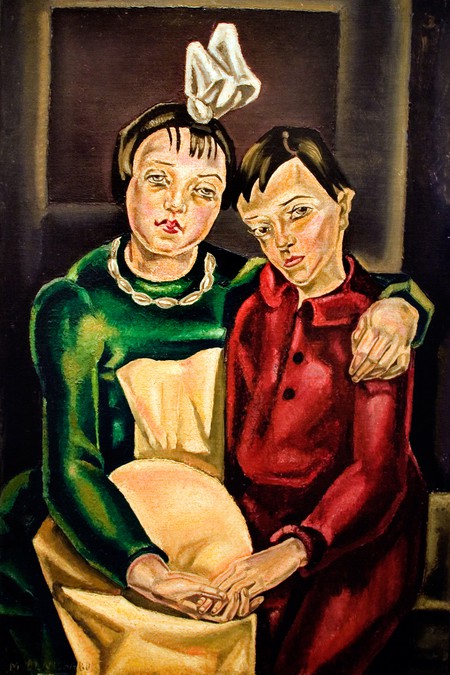 Jacqueline Marval moved to Paris in the late 1880s after the disintegration of her marriage and the death of her child in order to pursue a career as an artist. In 1901, she exhibited for the first time at the Salon des Indépendants and then alongside Matisse at Berthe Weill’s gallery the following year. For the next two decades, her artworks, seen as an important early modernist mix of Realism, Fauvism and Expressionism, were shown in galleries around the world. You can find some of them at the Musée d’Art Moderne de la Ville de Paris. 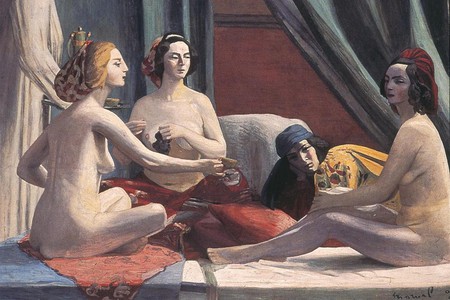 Marie Vorobieff, or Marevna, often credited as the first female Cubist, came to Paris from Russia in 1912. She moved into La Ruche, an artists’ residence near Montparnasse, and lived and worked alongside pretty much every big name in 20th-century art you can list. Her work combined elements of Cubism, Pointillism and – by virtue of the golden ratio – structure, and can be admired in the Guggenheim in New York, the Modern Art Foundation in Geneva and Athelhampton House in Dorchester, England. 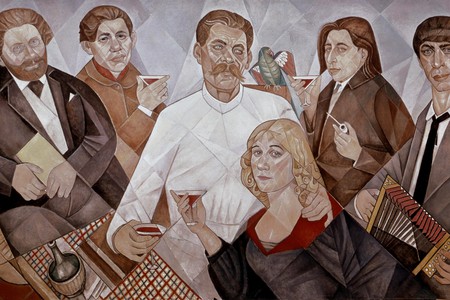 Seen as a radical force in 20th century art in her native Switzerland, Alice Bailly quickly became fascinated by the Fauvist movement after arriving in Paris in 1906. Two years later, she showed at the Salon d’Automne as a principal member of this group. Throughout her career, she experimented with Cubism. She eventually invented her own mixed-media technique known as wool painting, which employs short strands of coloured yarn as imitation brush strokes. After returning to Switzerland in 1914, she became briefly involved with Dada. A number of Bailly’s pieces are on display at the Musée cantonal des Beaux-Arts, Lausanne. 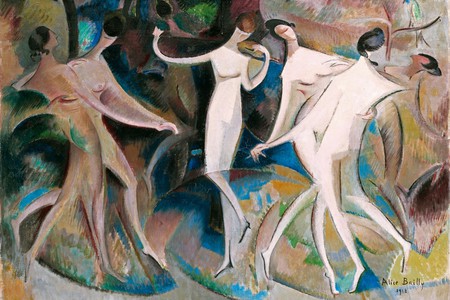 Ukrainian artist Sonia Delaunay made her way to Paris in 1905 via art school in Germany. Soon after, she entered into a marriage of convenience with German art collector, Wilhelm Uhde. Through him she met her second husband and lifelong collaborator, Robert Delaunay. In 1912, they established Orphism, a progression of Cubism and Fauvism concerned with abstraction, geometric shapes and intense colour. In 1964, the Louvre held its first retrospective of a living, female artist in her honour. Interest in Delaunay’s multidisciplinary work has been renewed of late following two major shows in 2015 at the Tate Modern in London and the Musée d’Art Moderne de la Ville de Paris. 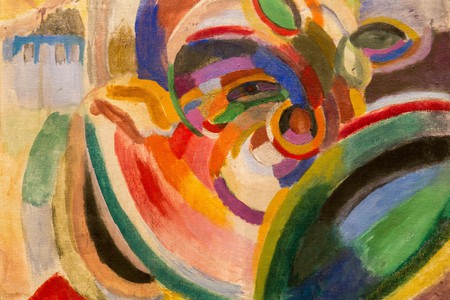 In her short life, Paula Modersohn-Becker created a body of work that established her as one of the most important figures in German art. She travelled frequently to Paris between 1900 and 1907, inspired by the works of Cézanne and Gauguin she saw there. Her artworks were large-scale, boldly coloured and expressive – precursors of German Expressionism. The Paula Modersohn-Becker Museum in Bremen is the first in the world dedicated to the work of a female painter, and a major retrospective of her work was showcased at the Musée d’Art Moderne de la Ville de Paris until August 2016. 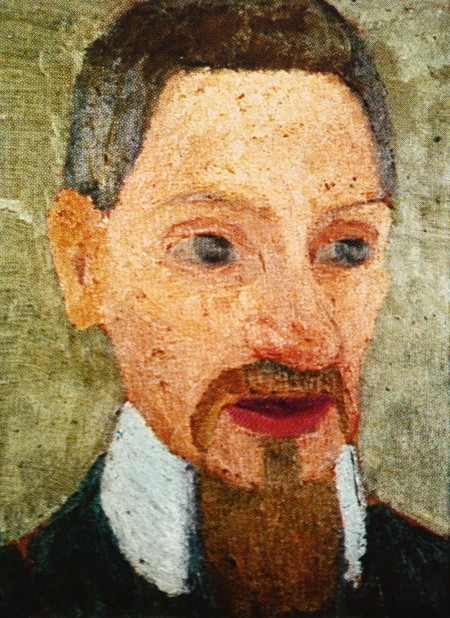 Gabriele Münter is more closely associated with Munich and the Blue Rider Group – the avant-garde Expressionist collective she helped form with her long-term partner Kandinsky – than she is with Paris. Nevertheless, the pair spent a year in the French capital from the summer of 1906, during which Münter developed her skills as a painter. In May 2015, the Centre Pompidou became the first French museum to acquire one of Münter’s painting, a sign of her growing international recognition. More of her work can be seen at Munich’s Lenbachhaus. 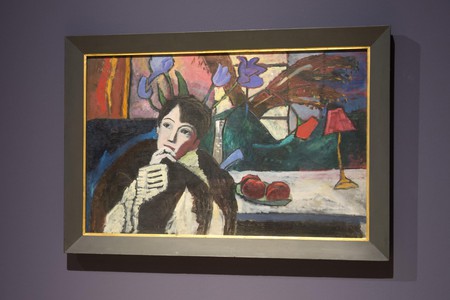 From her first showing at the Salon d’Automne in 1906, Natalia Goncharova began to mix the styles of modern French painters with traditional Russian folk art and Byzantine icons. Over the following decade, her work principally explored three trends: Rayonism, Neoprimitivism and Cubo-Futurism. In 1919, she and her artist husband, Mikhail Larionov, permanently settled in Paris and increasingly dedicated themselves to the design of costumes and stage settings for the ballet. Examples of Goncharova’s work are in the collections of the Tretyakov Gallery in Moscow and the Tate Modern in London. 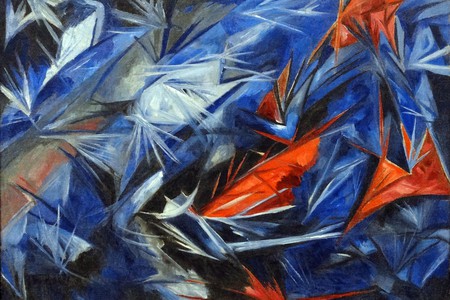 Lyubov Popova is regarded as a leading figure in 20th-century Abstract art, primarily as a co-founder of Constructivism. From 1912, she developed her own style of Cubo-Futurism, following working trips to France and Italy, and the tutelage of Le Fauconnier and Metzinger at the Académie de la Palette in Paris. At the end of her short career – she died of scarlet fever at 35 – she moved away from fine art towards designs for stage sets, typography, and textiles. You can see her work at Moscow’s Tretyakov Gallery, the Thessaloniki State Museum of Contemporary Art and MoMA, New York. 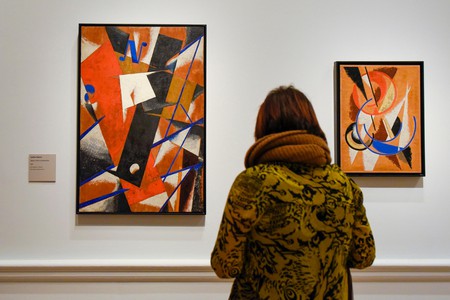 Meta Vaux Warrick Fuller’s two-year stay in Paris began in 1900. As an African American woman, she succeeded in the face of the two-fold discrimination of the day. During her second year in the city, she met Rodin, who immediately recognised her talent and became her mentor. After returning to Philadelphia in 1902, Fuller’s reputation grew. She was the first African American woman to receive a commission from the US government, and her work preluded the Harlem Renaissance. The Danforth Museum of Art in Framingham, Massachusetts, possesses a large number of her sculptures. 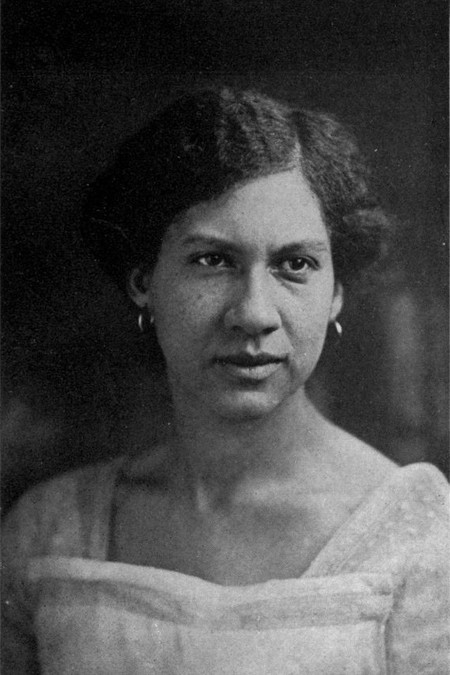 Alexandra Exter travelled widely from her native Kiev between 1910 and 1914, coming to Paris to study the relation of Cubo-Futurist principles to decorative art. War forced her back to her homeland where she became a prominent member of the avant-garde art scene. However, in the aftermath of a brutal civil war, Exter was desperate to return to Paris and emigrated definitively in 1924. She divided her time between painting, designing stage decors, teaching and book illustration. Her work is in the collections of MoMA New York, the Moscow MoMA and the National Art Museum of Ukraine. 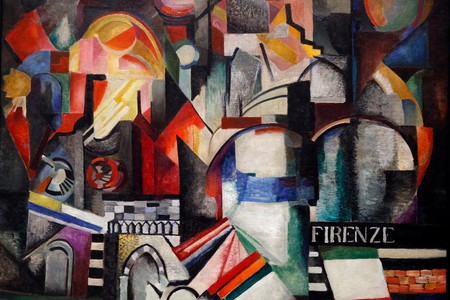 The Welsh artist Gwen John moved to Paris in 1898 after finishing her studies at the Slade School of Fine Art in London, and remained here for the majority of her life. She was known chiefly for her portraits, most of these of single female figures or children, and painting in sombre, grey tones, something she is thought to have picked up from her lessons with Whistler. She was the sister of Augustus John and intimate friends with Rodin, Rilke and Maritain. Her work can be found at the Metropolitan Museum of Art and the Tate Britain. 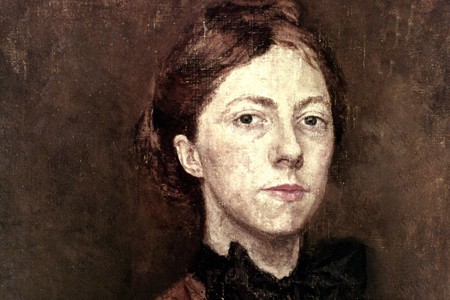 An honorary member of this list, Berthe Weill was a French art dealer who was pivotal to the creation of the 20th-century art market. Not only did she kick-start the careers of female artists like Valadon and Marval, she was also instrumental in the early successes of some of the biggest male names in modern art – Picasso and Matisse among them. She can also be credited with being the only gallerist to afford Modigliani a solo exhibition. In 2012, a memorial plaque was placed at the address where Weill opened her first gallery in 1900. 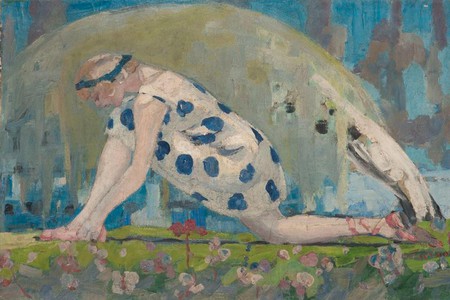