Things That Are Uniquely Parisian 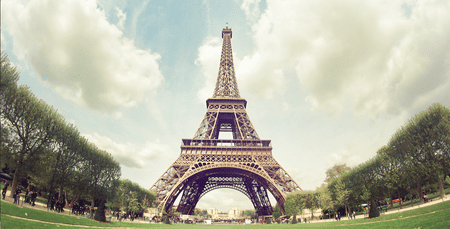 One of our favorite ways to spend an afternoon is at a cafe. If you take a walk around Paris at any given time on any given day, we guarantee that most cafes will be filled with people sitting outside. We cannot think of anything more Parisian than drinking your café crème outside or en terrasse. What’s more is the way the tables and chairs are usually placed facing the street or the square, so that you can easily and happily observe what’s happening and do a great deal of people-watching. 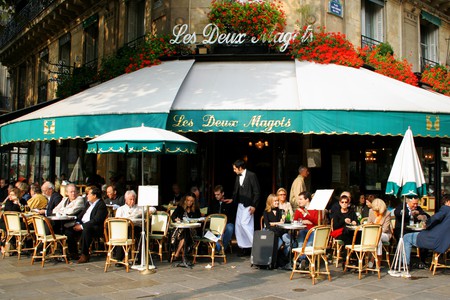 Their Attitude Towards Art

One of the most common features Parisians share is their love for exhibitions. Everyone loves a bit of culture, but in Paris, they take it to a whole new level. Even children as young as four years old are brought to world renowned museums such as Le Louvre or the Centre Pompidou. Where else can you find famous works of art like the Mona Lisa? What’s more, there are always new and creative expositions going on in the city, and they are always a popular conversation topic among Parisian locals, so we advise you to keep up with the newest art in town. 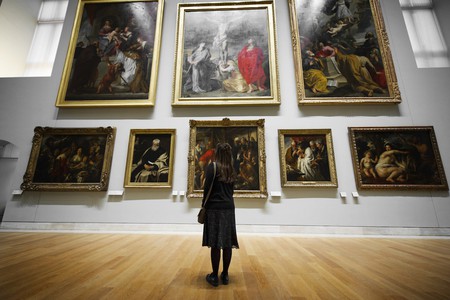 La Flânerie, or How To Get Lost In The Streets

Paris is perfect for endless walks with all of its small streets, little passages and hidden gardens ready to be explored. The French have a special word for these free-spirited walks that make you absorb the beauty and energy of the city, which is la flânerie. Yes, there is a French word that literally means ‘to wander the streets of Paris.’ There must be a good reason for that, and we invite you to find the beauty of the winding rues, avenues, and boulevards for yourself. There is no better way to relax, free your mind, and learn about Paris all at the same time. 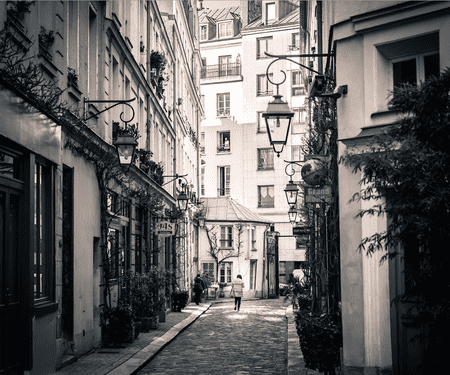 Napoleon III decided to remodel the city in order to modernize it, with the help of Baron Haussmann, an architect who renovated the city. This vast public works program lasted from 1853 to 1870 and is characterized by wide avenues, new sewers, and beautifully manicured parks. Modern day Paris is the result of Haussmann’s work, which is visible in buildings all over town. Napoleon and Haussmann began working to overhaul the grimy and dark Paris of medieval times, and after 20 years of work, Paris was completely transformed. At the time, the changes were a topic of dispute because Napoleon’s renovations and social programs forced many working-class Parisians out of their homes. Today, as any visitor or resident can see, the result of the renovation is all of the classic Parisian architecture that is recognized around the world.

France may be known for its pastries, but if you have ever been in Paris in the summer, you know how popular Berthillon ice cream is. There are several Berthillon shops located throughout the city, but the original shop is located on the Île Saint-Louis in the center of Paris. Operating since 1954, this ice cream shop serves up the richest, creamiest, and all around tastiest flavors in the city. 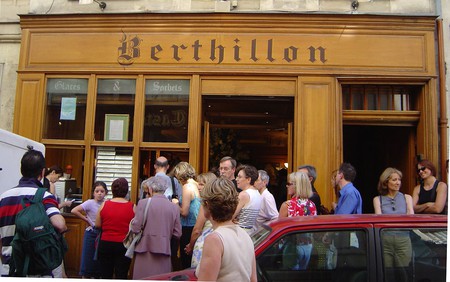 The Banks of the Seine

The banks of the river that cuts Paris in half, the Seine, are perfect for either a stroll, an apéritif, a picnic, or any other kind of gathering. Once the weather gets warmer, you will find the quais overcrowded by young Parisians enjoying the warmth and beauty of their city. In the summer, the city of Paris organizes events for tourists and residents alike to enjoy, including concerts, pop-up restaurants and bars, and even a fake beach called the Paris Plage! Another fun fact is that most of the major landmarks in Paris, like the Eiffel Tower, the Louvre, and Notre Dame, are conveniently located close to the river. Following the banks of The Seine on foot is an easy way to make sure you see all of the famous sites. 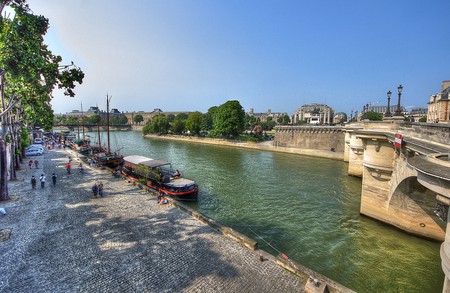 Any day in Paris, one can look around and see hundreds of people cruising around on their bikes. The most used bicycle in Paris is le vélib’. The word comes from « vélo » (bike in French) and « liberté » (freedom). It refers to the public bicycle sharing system, a great alternative to the crowded metro where you can experience Paris in a more personal way. That being said, you should bike carefully, as Parisian drivers can be quite unpredictable. Subscriptions are just 1.70 euro a day, and you can find all the other information you need at the Vélib’ website. 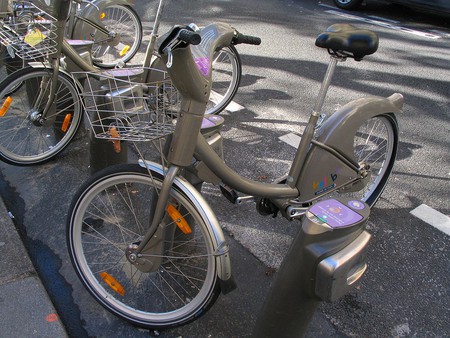 This infamous green beverage originated in the late 18th century in Switzerland, but rose to popularity in Paris in the late 19th and early 20th century. This drink has since been a favorite of Parisians, particularly among artists and writers (who, during the Belle Epoque, opted for cheap absinthe over wine). Some of the most famous people associated with this drink are Henri Toulouse-Lautrec, Renoir, Ernest Hemingway, Charles Baudelaire, Picasso and Oscar Wilde. The psychoactive properties of the drink have been exaggerated over the centuries and it is now produced in a dozen countries, one of which is, of course, France. If you want to indulge in this traditional Parisian activity, try the Fée Verte in the 11th arrondissement, where you can choose from a variety of absinthes. 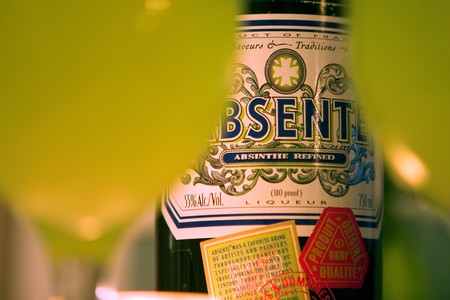 If you want to explore Paris as it was in the 19th century, covered passages should be on the top of your list. It’s always best to look around in Paris, but don’t forget to look up and down as well! When covered passages first emerged in the 19th century, they were very innovative at the time because of their shape. Of the sixty or so passages built, fifteen or so remained, all on the Right Bank of the Seine. Each one has its own special character ready to be explored, and if you are fond of authenticity, the oldest one in Paris is the Passage Des Panoramas in the 2nd arrondissement, which dates back to 1799. 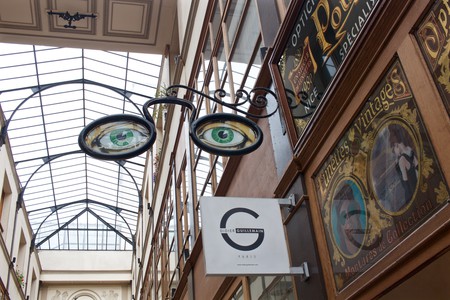 Though flea markets are not unique to Paris, we think the markets in Paris happen to be quite special. The flea markets in Paris date back two centuries, when ragpickers strolled around Paris and looked for garbage to sell. In true French fashion, there is a romantic term for this — pêcheurs de lune (moon fishermen). The ragpickers began setting up temporary stalls to attract customers outside the walls of Paris at the Porte de Clignancourt, where you can now find the Marché aux Puces de Saint-Ouen, the biggest flea market in the world. Today, it covers seven hectares and receives between 120,000 and 180,000 visitors each weekend. 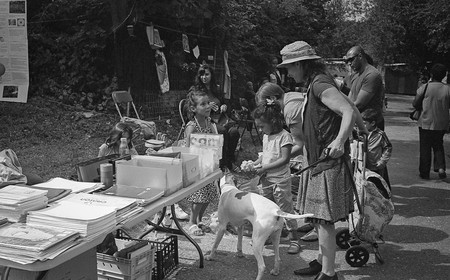 The first cabaret in the modern sense — meaning a café bar with entertainment — was Le Chat Noir in Montmartre, which brought together the wealthy aristocrats and artists of Paris. By 1896, Paris was home to fifty-six cabarets with music. The Moulin Rouge, which you probably have heard of, opened in 1889 and became the birthplace of the CanCan dance, and in the 20th century, the shows became even more spectacular. One of the most famous cabarets that you can still visit today is the Crazy Horse. This is one of the most infamous cabarets and was even featured Beyonce’s ‘Partition’ video and is frequented by the world-famous burlesque performer Dita Von Teese. If you are up for a show, you won’t be disappointed.

Last but not least, this is for all the chocolate lovers out there. Do you love hot chocolate? If so, Angelina is the place for you. Located in the center of Paris on the famous shopping street Rue de Rivoli, this tea house is famous for its hot chocolate, which has the consistency of pudding. If the weather is not ideal and you have nowhere else to go, this chocolate is waiting. 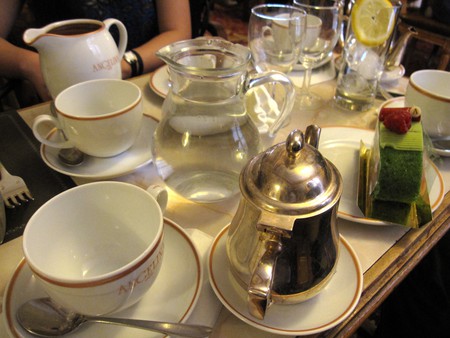