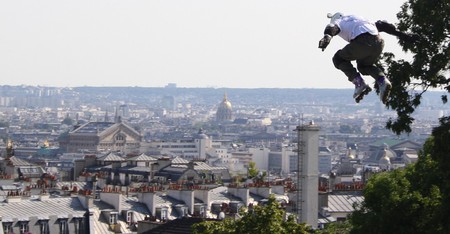 Since the early 1990s, roller skating has been a favorite pastime of Parisians. At one point, Pari Roller’s Friday Night Fever was attracting crowds of 35,000. Since the national state of emergency was introduced, mass participation events like this have been put on hold but Paris’ parks and boulevards remain beautiful spaces in which to skate or blade. The 11 routes below will keep you on smooth ground and away from heavy traffic.

This three-kilometer route in Paris’ northeast only takes 30 minutes to complete. However, it can easily be extended by heading into the Parc de la Villette and exploring the public sculptures along its expansive network of pathways. The surface immediately beside the canal is paved with modern, smooth cobblestones that are easy enough to skate on but there are also cycle paths running the length of the water for those who’d rather not struggle. During the summer the quays are transformed into the Paris Plage, making the paths essential for going quicker than a snail’s pace. 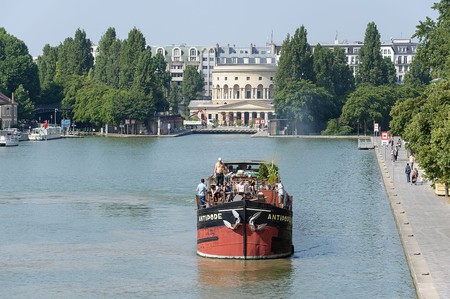 Stretching in the opposite direction (vaguely southeast) is the Canal Saint-Martin, a trendy district of the 10th arrondissement known for its bars and restaurants. Skating around just the portion of the canal that is above ground gives you a four-kilometer (or 45-minute) circuit but you can continue through the paved gardens down towards the Bastille where it reappears in the Bassin de l’Arsenal. The area is particularly popular with skaters (and runners and cyclists) on Sundays when the roads are closed to traffic. Otherwise, the surface is a mixture of cobbles and concrete. 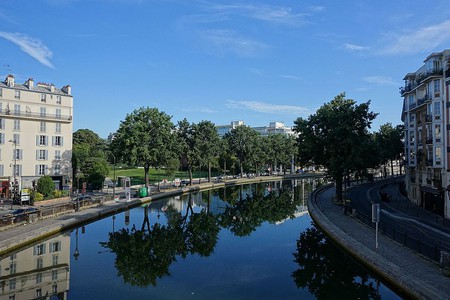 Route 3: West of the Seine

The genuinely ambitious (and fit) might reasonably expect to skate the entire length of the Seine in central Paris in an afternoon but for those of lower expectations (and energy levels) it’s probably best to pick just one section of it. This route between the Pont Alexandre III and Pont d’Iéna is four kilometers long and will take about 50 minutes to complete (give or take the time it takes you to stop and gape at the Grand Palais, Les Invalides, and Eiffel Tower along the way). For the moment, both sides of the Seine are pedestrianized. 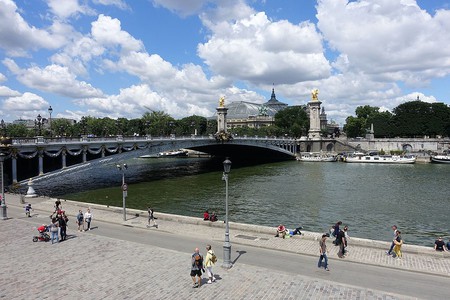 Route 4: East of the Seine

This slightly longer (by three minutes) route to the east of central Paris takes you from the Pont de la Concorde down to the Pont Neuf and the Square du Vert-Galant on the tip of the Île de la Cité. Along the way, you’ll skate past the Jardin des Tuileries (where you could take a detour but its paths are graveled an not ideal for tiny wheels), the Louvre, and the Musée d’Orsay. Down by the river, the surface is a mix of poured concrete and old and new cobbling. There are also sidewalks up on the road level. 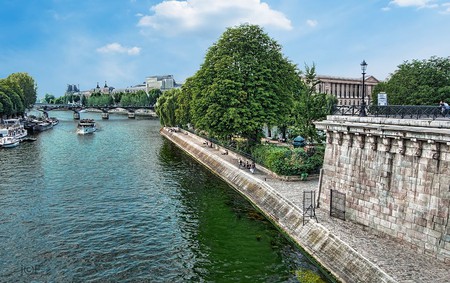 Route 5: Islands of the Seine

Sticking to the perimeters of the Île de la Cité and the Île Saint-Louis gives you a relatively obstacle-free route of around four kilometers. But, in all honestly, you could spend the day cruising around the islands narrow streets, getting lost and discovering its quiet paved squares. The Pont Saint-Louis (the only direct crossing between the two) is a hot spot for street entertainers, including, from time to time, expert skaters. For smooth paths, small hills, and more sculpture, head over the Pont de Sully to the Left Bank and the Jardin Tino-Rossi. 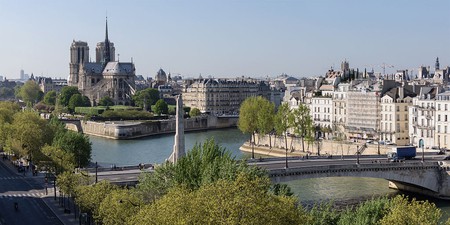 The Bois de Boulogne is where the glamorous inhabitants of the 16th arrondissement escape to for a taste of the countryside (when they can’t be bothered being driven to their country houses, obviously). The northern section of the park is the most developed, featuring the Fondation Louis Vuitton, a contemporary art gallery launched by the high fashion brand, and the Jardin d’Acclimatation, a miniature zoo and fairground. The major pathways are concreted and it’s possible to expand this four-kilometer route by off-roading through the forest, however, it’s probably best to only attempt this during dry spells. 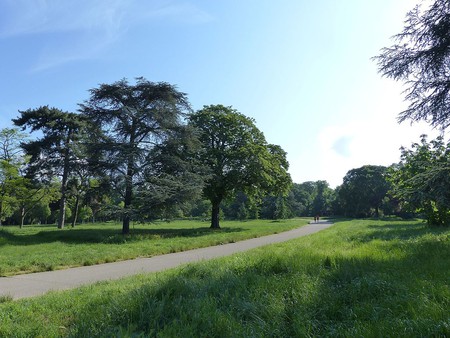 The central and southern portions of the Bois de Boulogne get a little wilder and the twisting paths and lack of signposting can make exploring it a little disorienting. If you’re not exactly an expert explorer, sticking to the paths around the Lac Inférieur is probably a good idea. To make up the distance, you could do a couple of loops of the three-kilometer circuit or, better yet, hop on a boat across to the islands (there aren’t any bridges from the mainland) and reward yourself with a drink or some lunch at the Chalet des Iles. 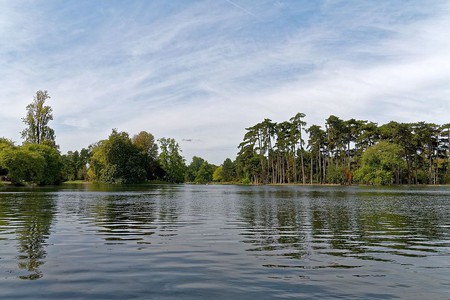 The Promenade Plantée paved the way, so to speak, for other raised urban gardens like the High Line in Chelsea, New York. It’s a favorite place for local strollers and runners but mercifully undiscovered by the city’s tourist hordes. A single-direction skate will take about 40 minutes (the Line 8 on the metro will take you back to Bastille) and a return leg will bring the total journey to a very respectable six kilometers. If you are looking for even more of a workout, then you can join this route up with the next one on our list… 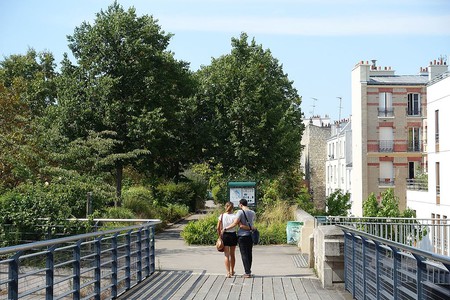 Like its counterpart in the west (the two are known as the ‘Lungs of Paris’), the Bois de Vincennes has a more civilized part, in this case towards Porte Dorée and Charenton-le-Pont, and a wilder extent on the side furthest from the city. A pretty route for roller skating is around the Lac Daumesnil and its two islands. Unlike in Boulogne, you can skate directly onto the island and up to the door of its restaurant, the Chalet des Iles Daumesnil, but you can still rent a boat if you want to give your feet a rest and arms a workout. 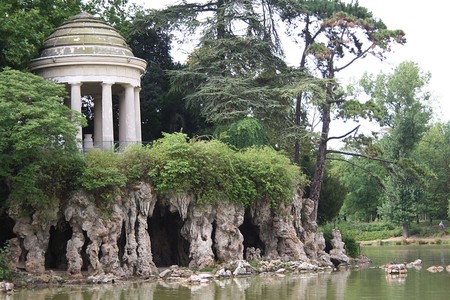 This route in the little-explored southwest of Paris takes you around the fountains, pools, and landscaped borders of the Parc André Citroën and the more naturalistic trail of the Petite Ceinture, a stretch of a long-abandoned railway line that has opened up as a rival to the Promenade Plantée. You could easily add on a few kilometers to the 50-minute route by investigating the many different areas of the park. Be warned that between it and the Petite Ceinture there are short sections where’ll you’ll need to navigate Parisian traffic. 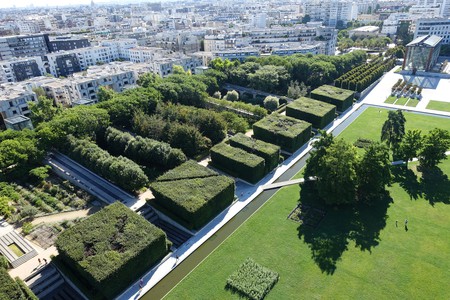 This last route is the only one that takes in a major boulevard and not a river, canal, or park. Nevertheless, there is a separate, tree-lined path down its middle so the cars and buses shouldn’t be too much of a distraction during your tranquil skate. What’s more, the destination is among the prettiest of Paris’ city parks and hosts a strange array or architectural models that merit an investigation. On weekend mornings, it is extremely popular with runners (it’s exactly one kilometer around the perimeter which is great for training) so try not to get in their way or you will be trampled. 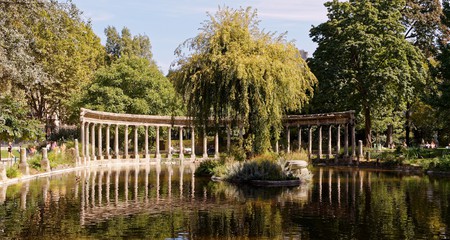