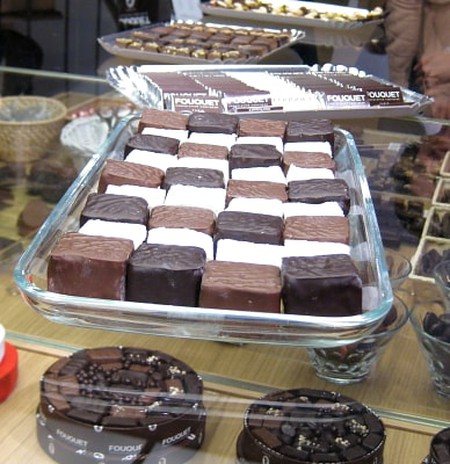 Parisians are generally proud of their city and will leap at the chance to celebrate any products that have been curated here. With honey sourced from local beehives to wine squeezed from local grapes, old-fashioned French hazelnut pralines and plenty of local fashion inspiration, there’s a wealth of local brands that Parisians love to support.

Most people think that honey produced in the city cannot be as pure as that in the countryside; but Paris is now one of the places that produces the purest honey in France, having banned all chemical products from its gardens for a decade. Le miel de Paris (‘honey of Paris’) by APIS CIVI is one of the best brands. With a range of lime trees, chestnuts and acacias growing in France’s capital city, it’s no surprise that these different varieties of flora combine to produce a honey with a unique taste like none other.

France is one of the largest and finest wine producers in the world: from the luscious greens of Bordeaux to Burgundy and from the gorgeous Loire Valley to the Rhône Valley and beyond, making wine in France is a unique art. But did you know that wine is also produced in Paris itself? Parisians love the annual Vendanges de Montmartre (Montmartre grape harvest) from 10th to 14th October 2018, when 1,550 square metres of Parisian vineyards produce between 800 and 1,000 bottles of locally grown wine each year. The small quantities of production make these rare bottles heavily sought after.

The wine from Montmartre might be the most famous local wine, but there are other wine-producers too, such as Les Vignerons Parisiens. In the vibrant Marais district of Paris, Les Vignerons Parisiens houses the state-of-the-art equipment needed to produce fine wines from local soil. All the grapes come from local French vineyards that adhere to organic farming methods. Their organic approach makes sure to not only obtain grapes of high quality, but also to respect the land and environment from where they are grown.

The jambon de Paris (ham of Paris) has been a favourite with locals for centuries, with a history that stretches back to 1793. In an 1869 cookbook, the local delicacy is described by French cook, Jules Gouffé, as a “salted ordinary ham, boiled in water” that he recommends “serving with jelly or on a napkin scattered with sprigs of parsley”. The tradition of garnishing this local treat with parsley continues to this day. It’s produced in the 11th district of Paris and sold in various grocery stores. 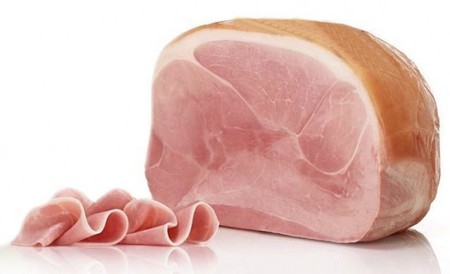 It’s not just the ancient legacy of Le Jambon de Paris that has the locals hooked, but also more modern local brands, such as Bellota-Bellota. Each of their hams are hand-sliced by professional, fully trained Master Cortadors with militarily precision. The three products most popular with the locals are their caviar, Iberian ham and smoked salmon, and what locals really appreciate is the aspect of full traceability. The brand specifies everything from the percentage of Iberian breed and Finca origin right through to feed, indicating the amount of acorns eaten. There also notes on the maturation period since its origin, so that customers are fully aware what they are consuming. 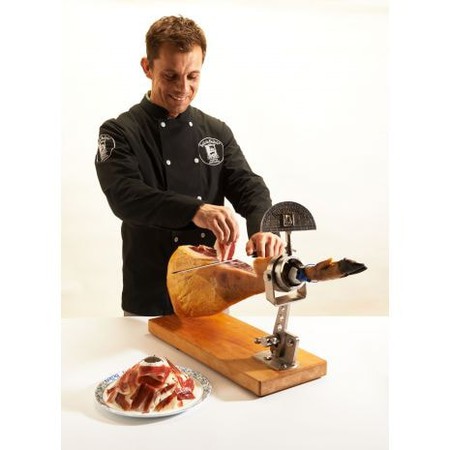 Parisian fashion isn’t just about Coco Chanel and Christian Dior; those world-famous luxury brands whose legacies seem set to last forever. Rather than breaking the bank at the big designer fashion houses, many locals prefer to shop at smaller boutiques with a unique line of creations. Dominique Jullien is the mastermind behind emerging Parisian label DJ Code, whose collection of leggings with humorous, bold animal prints are proving popular. She works with comfortable textiles while also respecting an ecological agenda, working with G.O.T.S (Global Organic Textile Standard) fabrics, which indicate where the fabric comes from and exactly what it is comprised of. Everything is produced in her workshop based in the 9th arrondissement of Paris.

For a city that loves its fashion, there are always emerging local fashion houses gaining attention. One that’s been making waves recently is Márcia de Carvalho, particularly thanks to her hugely innovative fashion line using yarn from ‘orphaned socks’ (the odd socks that always seem to appear in the laundry basket!). Since 2008, the ‘Orphaned Socks Association’ has been working on bringing textile recycling to the masses, whose motto of marrying recycling with creativity resonates with the current eco-conscious generation of Parisians. The fashion house is located at 2 Rue des Gardes in the 18th district of Paris.

Parisians have enjoyed Angelina’s chocolate treats since 1903, when the confectioner Anton Rumpelmayer first founded the store. This Paris tearoom has built a reputation among the locals as a place of sophistication and indulgence, selling its products exclusively in Paris – you won’t find them anywhere else. While traditionally, it was popular with the Parisian aristocracy, attracting names including Proust and Coco Chanel, nowadays it’s frequented by everyone – locals especially make a trip here to find something special for Valentine’s Day.

Angelina chocolate can only be bought in Paris | © Bob Hall / Flickr

Another favourite chocolate brand with the locals, whose store also becomes swamped with romantics on the eve of Valentine’s, is Fouquet. Since 1852, Fouquet has cultivated a rare artisanal savoir-faire. The image of prestige associated with its reputation is based on the quality of products, and the carefully guarded traditional recipes. It’s one of the last Parisian confectioners to offer traditional fondants and toffees. A particularly popular treat is Le praliné noisettes à l’ancienne (old-fashioned hazelnut praline).

Locals have loved Jean-Vincent Buly soaps since the shop opened in 1803, often swooning over his use of exotic flowers. These perfumes inspired Balzac in 1837 when depicting scenes of Parisian life in La Comédie Humaine, and a whole range of other local names. Created in Paris, these delicious soaps remain faithful to ancient recipes, with carefully selected natural, non-harmful ingredients.

Sold in Paris’s trendy 11th arrondissement, Thoïonade de Papi Jeannot is a tapenade paste with a unique blend of olives, tomatoes, and garlic to complement tuna steaks. Parisians delight in the fact that this brand makes its products without preservatives, or artificial colours or flavours. This jar of wonder is crammed full of artisanal and healthy goodness, and is the perfect addition to a crispy baguette straight from the boulangerie. You can pick up a jar yourself from the shop. 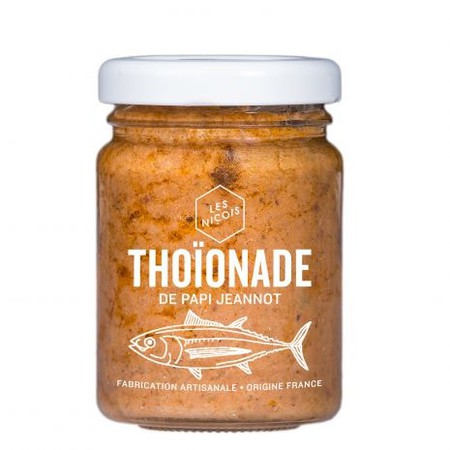 Thïonade | Courtesy of Les Niçois
Give us feedback