11 Delightful Things to Do on a Rainy Day in Paris 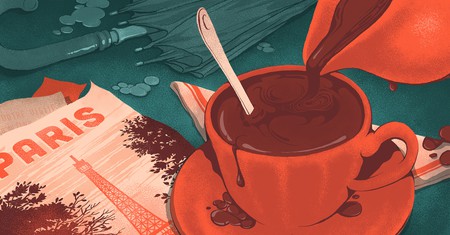 Paris is not always sunshine, flowers and pink poodles – the city has its fair share of dreary rainy days. Here are the most delightful activities to keep any intrepid traveler smiling through the wet.

Explore the city’s covered passages and step back in Belle Époque Paris, in all its 19th-century glory. Beautiful mosaic floors, wrought iron shops signs, and quiet passages make for fabulous eye-candy, all gently lit by delicate skylights. There are 15 or so passages tucked into the Right Bank, and each has its own special character. Here are some of our favorites. 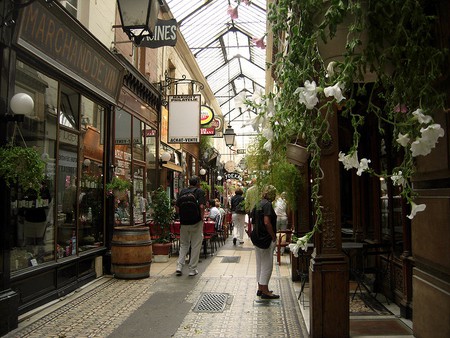 Relax in a Turkish Bath

One of our favorite ways to take refuge from the rain is to relax, cradled in a hot bath. Paris has warmly embraced the tradition of languorous baths, particularly Turkish baths, also known as ‘hammams.’ These steam baths will warm your tired bones, and are often accompanied by a full-body scrub, at the end of which you will emerge dizzy, relaxed, and soft as the day you were born. The most famous hammam is at the Grande Mosquée de Paris, which is a sight in itself. 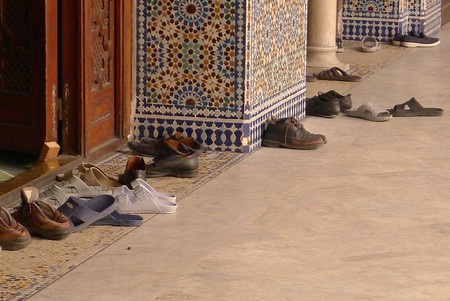 If you haven’t tried it, French hot chocolate is pure decadence: rich, milky, and more soup than drink. It’s not even served in a cup, but instead decanted with ceremony into a bowl. Paris’ most famous (and rather touristy) spot for hot chocolate is Angelina’s. This is a tea house which has almost pudding-like hot chocolate and Belle Époque decor. Alternatively, famous tea-purveyors Mariage Frères offer walls piled high with more tea flavors than you can count, in an atmosphere reminiscent of a Victorian apothecary. 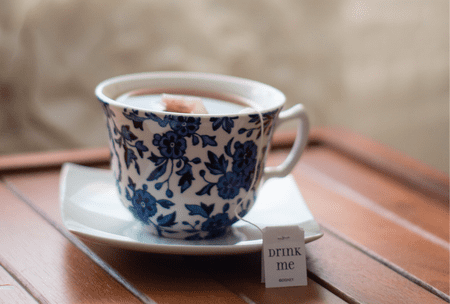 Confront Your Mortality in the Catacombs

The Catacombs are one of Paris’ most unsettling and fascinating sights. Their origins lie in Roman-era Paris, when they were carved out as mines for precious limestone (which was later used in the construction of Notre Dame, the Louvre, and many other famous buildings). By the Industrial Revolution, Paris’ population was booming and city planners had nowhere to house the living – so they decided to relocate their dead, by taking the old mines and using them as an ossuary. The bones of more than six million people are kept in the Catacombs, which is almost three times that of the population of Paris. Only two miles of Catacombs are open to the public, but they are more than creepy enough to give you the chills. Try not to be too frightened by the entry inscription, ‘Stop! This is the Empire of the Dead.’ 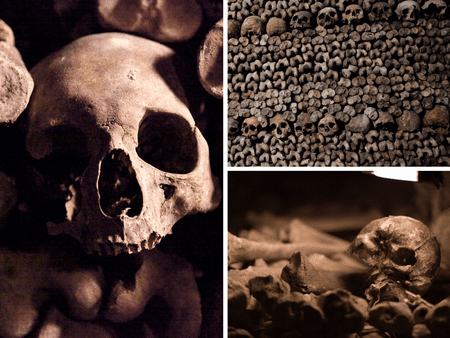 There’s a lot going on underneath the city. The Sewer Museum may be off the beaten path, but it offers its own unusual rewards. As Victor Hugo notes in Les Misérables, ‘…Paris has another Paris under herself; a Paris of sewers; which has its streets, its crossings, its squares, its blind alleys, its arteries…’ The sewers of Paris strikingly mirror the city’s boulevards, complete with blue street signs. Champs Elysées underground, anyone? 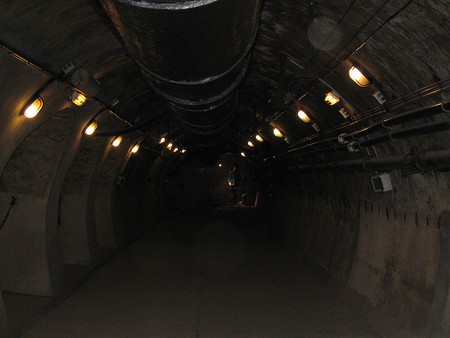 Walk Through a Haunted House

This haunted house makes a thoroughly spooky, and thoroughly fun, retreat from bad weather. Founded on the site of an old prison/leper colony, the Manoir de Paris brings together all the creepiest legends of the city: the phantom of the opera, the man in the iron mask, the bloody bakery, the beast of the sewers and more. After an hour of terror, calm your beating heart by taking a walk through the neighborhood’s vibrant streets. 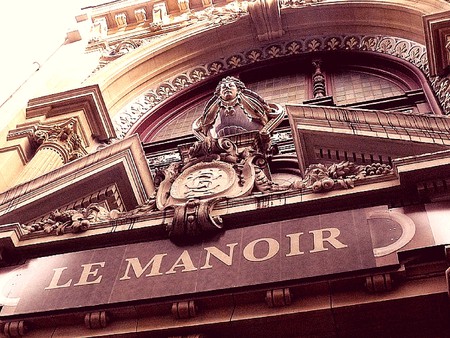 Go Shopping (in the Right Places)

Perhaps a little obvious, but shopping in Paris can be such a pleasure, if done right. The Galeries Lafayette is the most famous, and packed with tourists, but is worth a visit if only for the grand Art Deco stained glass dome that crowns the store. Some of the best boutique shopping in the city is located along Rue du Temple and Rue des Francs Bourgeois; this is where the impeccably trendy 20- and 30-somethings get their style. Foodies meanwhile, can step into their own slice of heaven at the city’s biggest gourmet food shop, the Grand Epicerie. 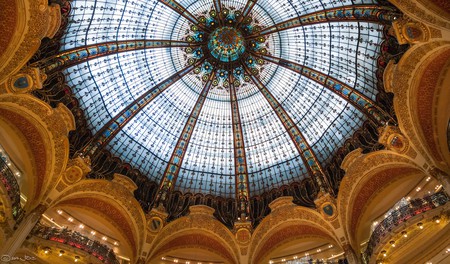 Heat Up in Garden Hothouses

When the weather is terrible, the parks are empty – take advantage by enjoying Paris’ spectacular indoor gardens. The city has marvelous greenhouses, housing wonderful plants from all over the world. The most famous ones are the Grandes Serres in the Jardin des Plantes, and the Serres d’Auteuil. An added bonus: the plants are kept warm all year round, which make the greenhouses a welcoming retreat from inclement weather. 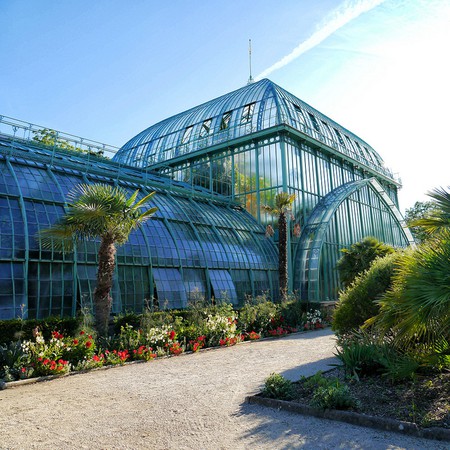 Ogle Underwater Creatures at the Aquarium

Kids in tow? The Paris Aquarium is the perfect day inside. If you love animals and discovering the fantastic creatures with whom we share this earth, or if you just happen to be near the Eiffel Tower, the Aquarium is worth a visit. With 43 tanks, more than 10,000 fish and invertebrates, and 25 sharks, there is a veritable bounty of delightful sights. And, on the first Saturday of every month, the Aquarium hosts a late night champagne soirée. 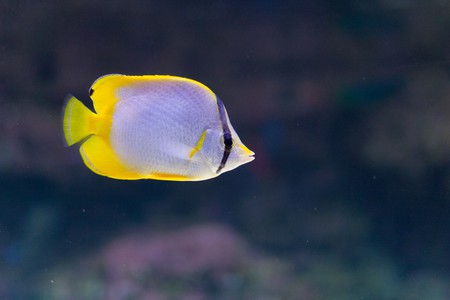 Watch A Film At These Old-School Cinemas

Forget the rain with some popcorn and a good movie. Most cinemas in Paris play films in their original language (V.O. – version originale) with French subtitles, so language isn’t an issue. The city has some pretty special cinemas, like The Louxor, a 1920s Egyptian/Art Deco film house, and the Grand Rex, whose main auditorium holds the largest screen in Europe. 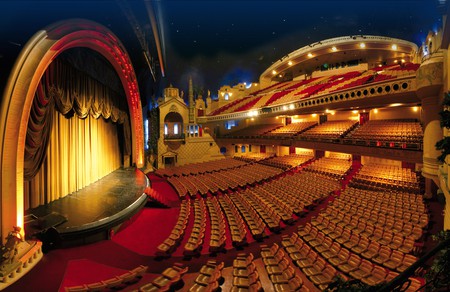 Courtesy of the Grand Rex

Instead of running away from the rain, walk out into it. Grab an umbrella and head out for a romantic stroll; the streets will be empty and the city’s gilded sculptures will gleam all the more brightly in the wet. Experiencing Paris in its full loneliness and nakedness is the arguably the best way to do it, like a real flâneur. 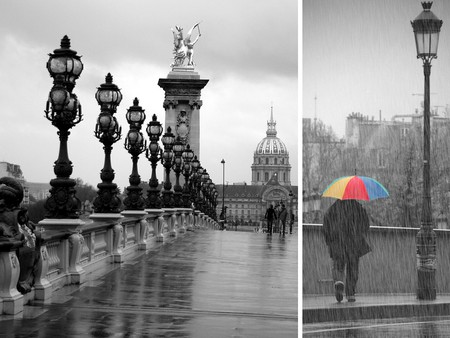