Reasons Why You Should Visit Paris in Winter 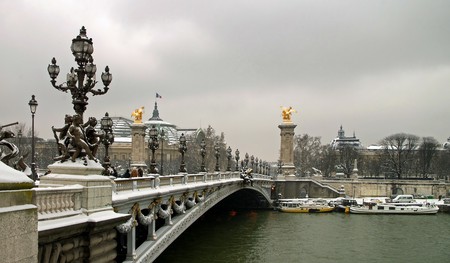 The French capital is enthralling at any time of year, but winter in Paris is particularly magical, with Christmas markets, festive lights and warming, seasonal cuisine just some of the enticing reasons to experience the city in its quietest season.

In the morning, mist lingers eerily over Notre Dame, winter markets serve vin chaud (hot wine), outdoor ice-skating rinks open and flurries of snow might even cover Paris’s recognisable grey roofs. Summer may be the most popular season to visit Paris, but it’s also the busiest time of year, with visitors from around the world thronging its streets and Parisians themselves escaping the city in favour of rural France. Come in winter and the city will be quieter, lines at tourist sights shorter and accommodation more readily available. Although the weather in Paris in winter will be cold, and may well be rainy, this simply adds to the charm of sipping a chocolat chaud (hot chocolate) in a cosy café or huddling into a cramped restaurant for a steaming bowl of cassoulet (stew).

In winter, a Christmas market opens in the shadow of Notre Dame

For just over a week every December, Square René-Viviani in the fifth arrondissement of Paris hosts an atmospheric Christmas market, with peaked white tents draped with curtains sheltering a variety of stalls. While markets crop up across Paris in winter, this one is particularly spectacular as it takes place against the backdrop of the city’s spectacular Notre Dame cathedral. The talent and skill of some of France’s artisan craftspeople is on full display, with the market displaying ceramics, jewellery, decorative ironwork, leather items and tableware. 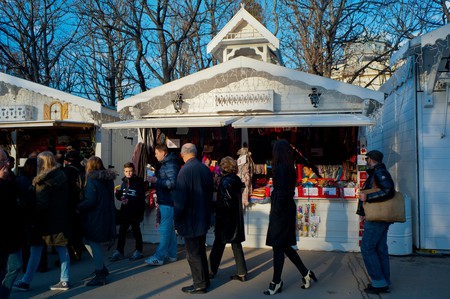 It’s the season for something warming

While the rest of the year, red wine would only ever be served at room temperature, in winter, Paris’s bars add vin chaud (hot wine) to their drinks menus. Similar to mulled wine, vin chaud consists of heated red wine infused with spices such as cinnamon, cardamom and cloves, sweetened with sugar and perhaps flavoured with slices of orange or raisins. It’s the classic French winter warmer, and you’ll find it at most cafés and while strolling the marchés de Noël (Christmas markets). 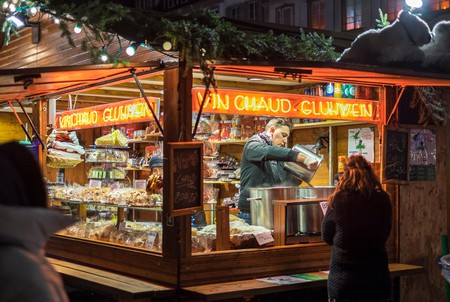 Delicious year-round, the ‘L’Africain’ chocolat chaud at Angelina teahouse is Paris’s most famous hot chocolate, and it’s one of the greatest remedies for cold winter days in Paris. The thick, creamy, rich cups of steaming liquid chocolate are so popular that queues of customers often lead out the door. Angelina was founded in 1903 and the setting is still magnificent, with a lavish crimson carpet, smart brown leather chairs, grand paintings and corniced ceilings. It’s also well worth trying their Mont Blanc pudding. 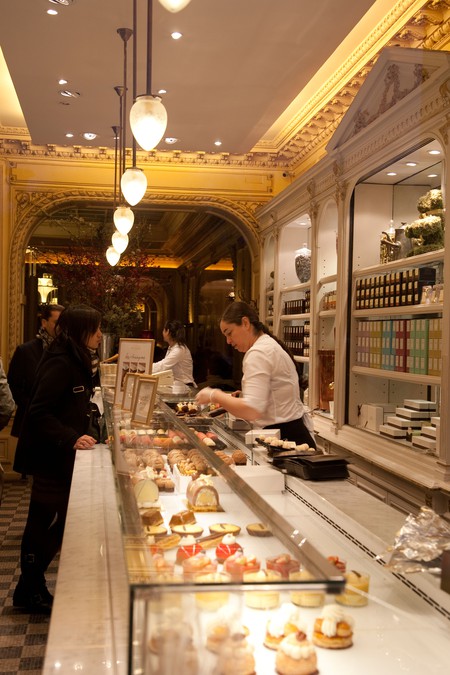 The sales make this the ideal season for shopping in Paris

The dates of Paris’s sales, known as soldes, are mandated by the government and take place twice a year. The winter sales, the best weeks of which tend to be between 8 January and 11 February each year, see prices slashes on pretty much everything in Paris’s shops and stores. Even the newest of products from the most luxurious designers can see up to 75 percent price reductions. A particularly worthwhile place to make the most out of the post-Christmas sales is the famous, upmarket French department store Galeries Lafayette, which remains one of the best and most varied shopping outlets in the city. 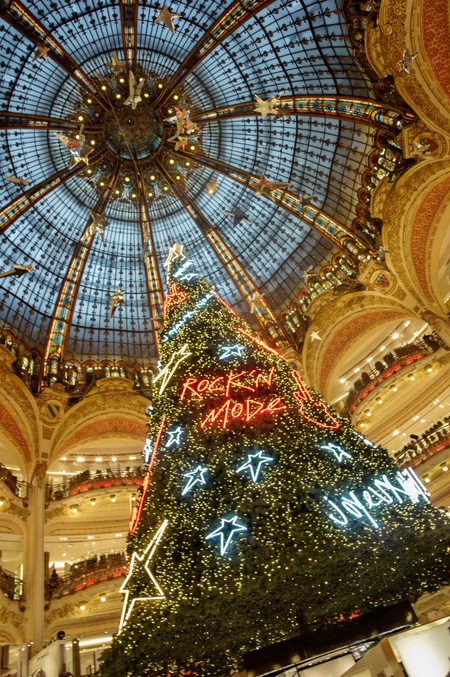 The joy of a rich cassoulet can technically be enjoyed at any time of year, but this burbling, thick stew – made with white beans, simmered with pork and vegetables, then cooked with duck confit or sausage – is traditionally served on a cold day. This is just one of the comforting dishes that are popular in winter in France, alongside other warming dishes such as soupe à l’oignon, and with many of the country’s best restaurants, Paris is a treasured gateway to France’s unique seasonal cuisine. 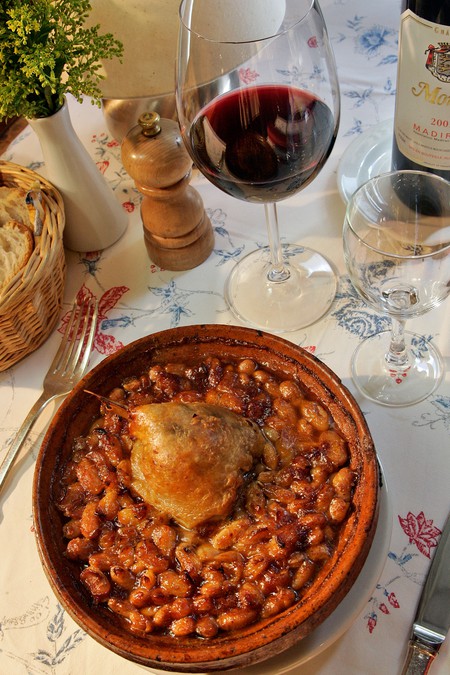 The Champs-Elysées is one of the most striking streets in Paris, with its chic boutiques and designer stores housed in elegant, historic structures. But during the holiday season, the road is particularly picturesque, as it’s spruced up with festive lights and endless, luminous decorations. Visitors flock here from all over the world to admire the City of Lights in full illumination, with bright, multicoloured bulbs and light-show projections taking place until the beginning of January. 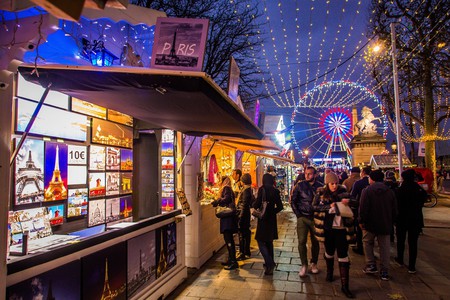 You can ice-skate in the shadow of the Eiffel Tower

Like in many European cities, in winter, outdoor ice-skating rinks spring up across Paris. Skating directly below the Eiffel Tower, with its iron structure rising up above you, is a truly unique experience. Other ice-skating rinks in the city include the Patinoire Pailleron, which is in the Art Deco sports complex, Espace Sportif Pailleron and Patinoire Sonja Henie on Quai de Bercy. 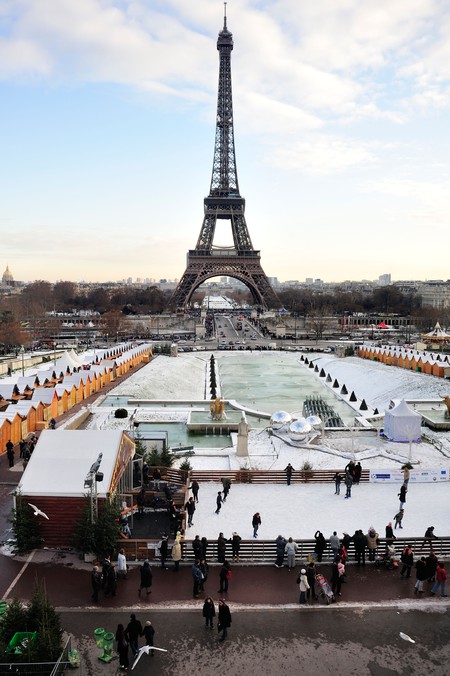 Twice a year, one of the most important events in fashion takes place in Paris. Alongside the similar shows held in London, New York and Milan, fashion insiders flock to Paris’s runway shows, events and parties for the biggest fashion event in the city. The men’s shows and haute couture take place in January, while the women’s shows run from the end of February. Visit the city during Paris Fashion Week to spot some of the biggest names in the industry strutting their stuff on the catwalk or showing off their outfits outside the shows. 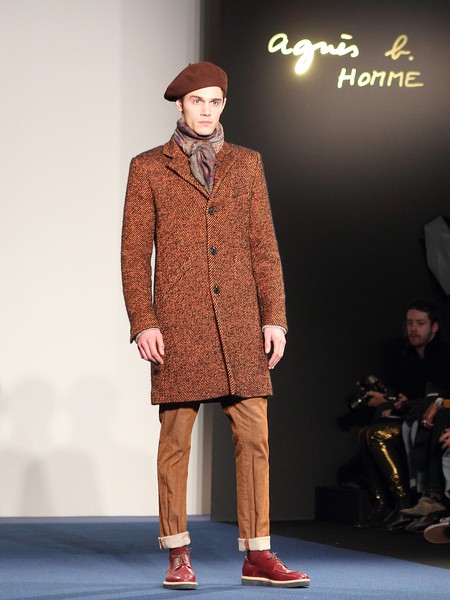 Summer is the most popular season to visit Paris, when its museums and galleries become crowded, restaurants fill with customers and the banks of the Seine are lined with groups of people picnicking in the warmth of the sun. Conversely, later in the year, lower temperatures tend to dissuade the tourist hordes, and many café terrasses (terraces) close until the spring. But the plus side of the colder weather is that the city’s streets, attractions and transport networks are a little less crowded, making for a more relaxed experience of Paris than at other times of year. 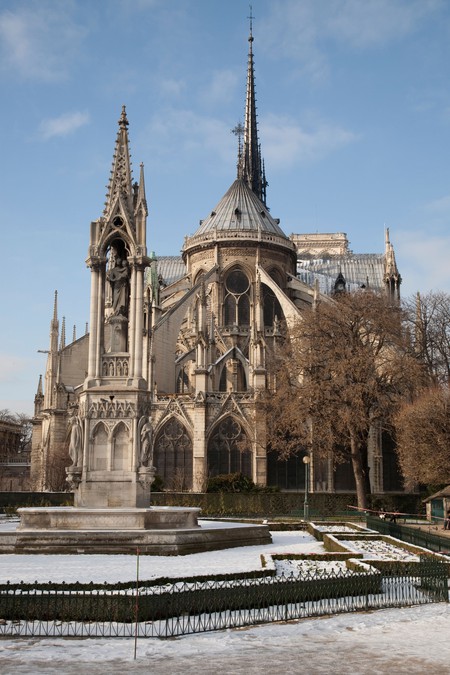 Perhaps the most convincing reason for budget travellers to visit Paris in winter is that travel prices are much cheaper, with air fares particularly reduced. Of course, the exception to this is the weeks running up to Christmas, when fares usually skyrocket. In February and for most of March, prices are lowered to help entice visitors to the city, and they only rise again about a week before Easter. 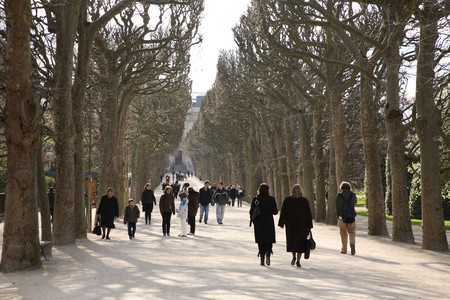