The Top Quirky Bars To Visit In Paris

Open-air pub, Rosa Binheur, Paris | © FORGET Patrick/SAGAPHOTO.COM / Alamy Stock Photo
While Paris undeniably offers a vast array of classic and elegant nightlife options, there is also a more irreverent, offbeat side to the cosmopolitan French capital that is waiting to be discovered.

Whether it is quirky décor or an unusual setting, secret entrances or original cocktails, or even activities like ping pong or sumo wrestling, a different kind of evening awaits if you head to one of these 10 unique Parisian hotspots.

Calling itself the ‘Ultimate Rock Bar’, Cantada II sets itself apart from the other bars in the popular Oberkampf/Ménilmontant neighbourhood of Paris. It features unusual, rather dark Gothic artwork and extremely large selection of absinthes, of which Anthony Bourdain famously partook during his travel show No Reservations. This is not a bar for the hipster set, instead hosting an alternative crowd that comes for a convivial evening of serious drinking or to enjoy a diverse variety of performances and events in the basement. 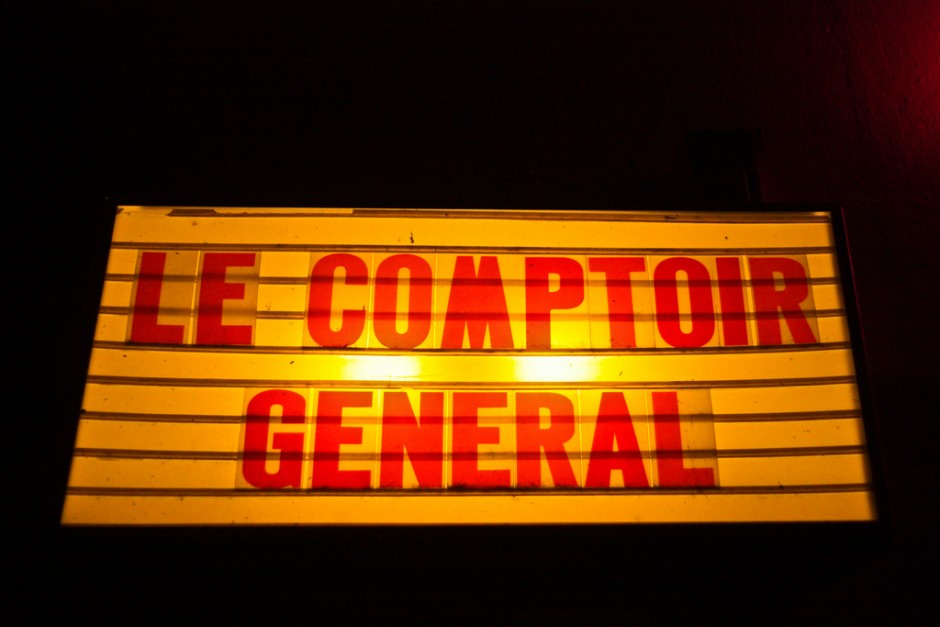 In a hidden spot just steps away from the picturesque and trendy Canal Saint Martin, Le Comptoir Général is an out of the ordinary locale set in an old barn. Much more than a bar, it labels itself a ‘ghetto museum,’ a ‘concept store,’ and a ‘true urban amusement park,’ housing a number of different rooms including a salon and a public library. The exotic, eclectic décor forms a kind of urban cabinet of curiosities, and the large bar area on the ground floor fills up quickly so it’s important to show up early, especially on the weekends.

The first bar in Paris dedicated to table tennis, co-owned by the sport’s onetime Olympian and world champion Jean-Philippe Gatien, Gossima Ping Pong Bar offers a great alternative to your evening night out in the Oberkampf/Ménilmontant neighbourhood. Merging a former garage and hair salon into a giant space on two levels filled with ping pong tables, the lighting and the décor add to the fun ambiance, and the well-crafted cocktails add a little Parisian sophistication. The music selection keeps things lively and after a few games there is the added benefit of working off some of those drinks.

The Ice KUBE bar is the first and only ice bar in Paris, with 20 tons of carved ice illuminated by colourful light projections and kept at a chilly temperature of -10° centigrade. In addition to the special clothing provided, the vodka served ‘in’ the rocks (glasses made out of ice) will keep you warm during your 25-minute stay, which must be reserved in advance. Located just north of Montmartre in the trendy KUBE Hotel, part of the Murano designer hotel chain, the décor also changes every year so that each visit is a new experience.

La Lucha Libre
Bar, Spanish, Pub Grub, Mexican, $$$
La Lucha Libre is Spanish for ‘freestyle wrestling,’ and this Spanish-Mexican bar in the heart of the Latin Quarter lives up to its moniker. This venue hosts wrestling matches in the basement primarily by patrons who don giant sumo suits and battle it out in the ring after a few shots of tequila or mescal (and maybe even a few edible insects) served by bartenders in wrestling masks. It makes for an entertaining evening, though it is so popular that it often gets very crowded, especially on the weekends when pro-wrestling matches can be seen.
More Info
10 Rue de la Montagne Sainte Geneviève, Paris, Île-de-France, 75005, France
+33778122321
Visit website
Visit Facebook page

A venerable hole in the wall in the Bastille neighbourhood, Le Lèche-Vin is an unpretentious little bar known for its rather outlandish décor. It is covered wall to wall with sculptures and paintings of the Virgin Mary and Jesus, along with icons, crucifixes, and other Catholic paraphernalia. The drink selection is limited, but the prices are cheap and the ambiance is a friendly mix of Parisians and foreigners.

From the street, you may think you have erred when you arrive to find a small but welcoming Italian pizzeria located near Bastille. But if you venture inside, past the pizza oven and candlelit tables where the songs of Frank Sinatra float through the air, and open a freezer door that takes you into the storeroom, you will eventually find the entrance to the sexy speakeasy known rather appropriately as Moonshiner. The secret locale is a gorgeous and expansive bar and lounge and a separate smoking area. There are also friendly bartenders serving exceptional cocktails like the ‘Little Italy,’ made with rye, vermouth, Carpano antica formula, and Cynar. 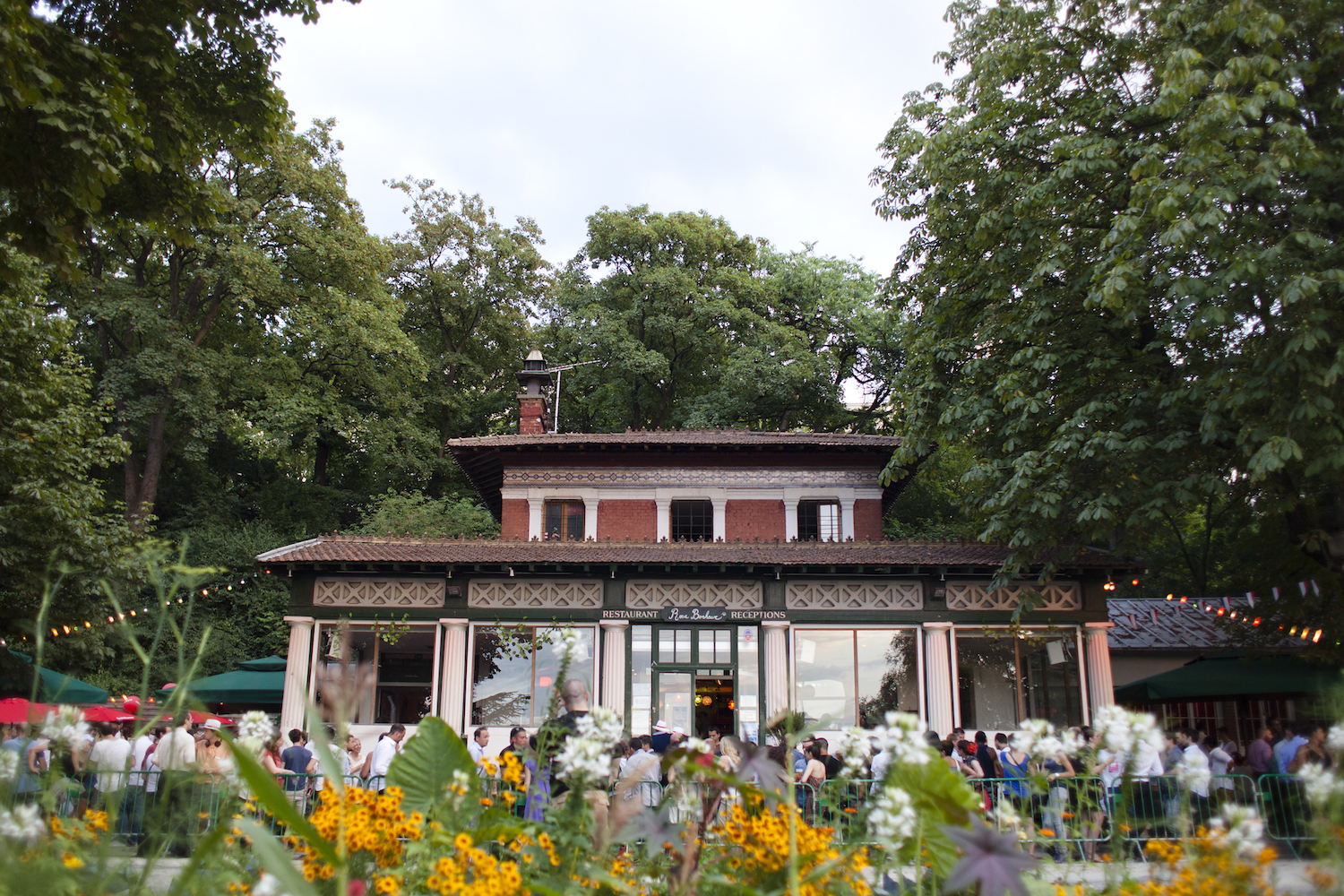 Rosa Bonheur is located in a historic structure inside the Parc des Buttes-Chaumont, a hilltop park in northeast Paris built in 1867 that includes waterfalls, grottoes, and even a replica of a Roman temple. This bar brings back guinguette culture, allowing you to enjoy a relaxing drink on the expansive terrace after exploring your inner flâneur on the park’s grounds. Named after the eponymous groundbreaking nineteenth-century painter, it brings together a diverse and friendly Parisian crowd, with things heating up as the evening wears on and patrons venture into the quirkily designed interior to pack the tiny dance floor. Just be sure to arrive early, especially as the weather gets warmer.
More Info
2 Avenue de la Cascade, Paris, Île-de-France, 75019, France
+33171602901
Visit website