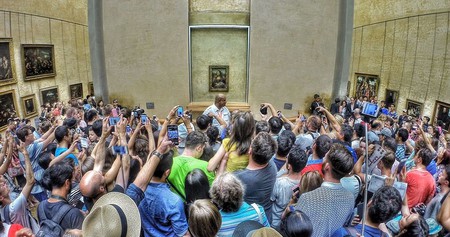 The Louvre by all accounts is one of the biggest art museums on Earth. Whether by the number of visitors, the size of the complex or the actual amount of artworks contained therein, it consistently ranks as the first or second in the world. Yet despite this size, the Louvre is known almost exclusively for the Venus de Milo and Mona Lisa. Of the 15,000 visitors who pass through its halls each day, most zip through the main Louvre galleries from one of these famous expatriate ladies to the other, with scarcely a pause in between. Needless to say, they’re missing out on some of the most unforgettable art they’ve never seen. Here are the most intriguing overlooked Louvre masterpieces.

The mattress upon which it lies was sculpted by Gian Lorenzo Bernini in 1620, carved from white marble with such masterful finesse that any viewer would find themselves resisting the urge to give it a test poke. The figure itself was carved by an unknown artist in the second century AD and pulled from the ground in 1608 near the Baths of Diocletian, Rome. This older part generates most of the intrigue surrounding the work. Having the appearance of a sensuous female nude when viewed from behind, this is what most passersby see of Hermaphroditus. Take the time to stop and investigate from the front, and you will receive quite a surprise. Perhaps most surprising of all is that the mattress was commissioned by Cardinal Scipio Borghese, a Catholic Church bigwig at the time, homoerotic art collector and challenger of the idea that history was as small minded as we imagine it. 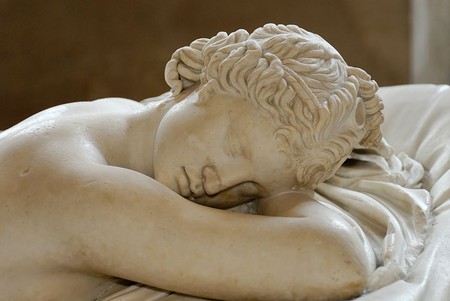 These exquisite funerary busts from the Levant in the second century give us both the likenesses and often detailed life stories of the figures they memorialize, forming some of the earliest portraiture humanity has. The fact that the town of origin, Palmyra, was recently held by the art-destroying insurgent group ISIS adds to the preciousness of the pieces stored safely in the Louvre. It’s ironic the works that so incense militants bore civilians so. 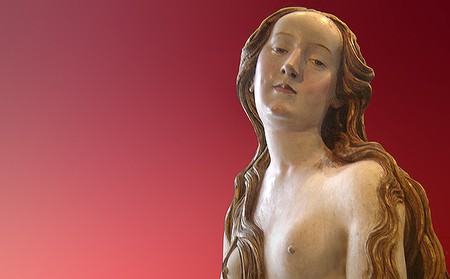 With a literal English title of Harem Girl, Une Odalisque, painted by Jean-August-Dominique Ingres, scandalized France when it was unveiled in 1812. Not only because it was a nude that took a modern, rather than historical, subject (the past was considered a far more tasteful time to be nude) but also because the figure was considered a departure from anatomical realism. Indeed, the figure does have a few spinal vertebrae too many. Whether a careless mistake or a deliberate distortion, one thing was certain: abstraction would be the way of the future. 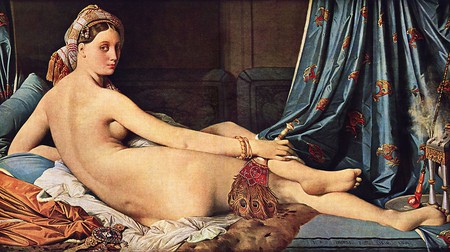 The Wedding at Cana

With the unfortunate fate of being stored in the same room as the Mona Lisa, Paolo Veronese’s The Wedding at Cana, in which Jesus Christ at a wedding party in Cana, Galilee, performs his first miracle by turning water into wine, is fabulous art. The painting, crafted with exceptional skill, is curiously convoluted. More than 100 human figures feature (130 to be exact), and each is unique, with many being radically different. Costumes of antiquity sit next to anachronistic Italian fashion of the artist’s own time. Among the party-goers, several dogs, a cat and even a parakeet are to be found. The profane and the profound sit side by side, getting drunk together. This is a painting begging for a long pause and thorough examination, and yet it hangs barely noticed in the most-visited room in the most-visited museum in the Western world. 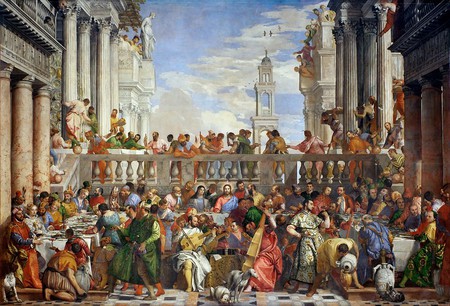 View of an Interior, or The Slippers

For a museum housing some 5,500 examples of Western culture’s proudest accomplishments, society’s runner-up gender is shamefully underrepresented at the Louvre, with just 21 female artists featured. Samuel Van Hoogstraten’s View of an Interior represents one of many male comments on female sexuality in which the woman is, quite literally in this case, absent. In an empty household hall, two slippers lie abandoned on the floor, a broom rests against a wall, and a book sits closed on a table next to a freshly extinguished candle. To you, a casual museum stroller on your way to the gift shop, it could almost look like a simple still life. To a viewer in the 17th century, the message would have been obvious: these elements, seemingly discarded around the room at random, are not there by mistake. The broom symbolizes neglected household duties; the closed book, neglected scripture; the slippers, indoor shoes, lying abandoned in the middle of the floor: nakedness. Female sexuality once again brings about the fall of civilization. Perhaps Cardinal Borghese was an exception…

Dating from the Coptic Period in Egypt, the Fayum Portraits, naturalistic likenesses of individual subjects painted onto wooden boards and attached to mummies, bear a striking Greco-Roman, rather than typically Egyptian, influence. Egypt’s arid climate means that these paintings have been remarkably well preserved, giving us the opportunity for a face-to-face encounter with human beings in the first few centuries of the Common Era.

With their origins in the fifth century BC, Phoenician Sarcophagi were principally influenced by Ancient Egyptian funerary art, but they also have notable Greek sculptural influences, resulting in a strange juxtaposition of two familiar and disparate styles, making these an early example of multiculturalism in art. 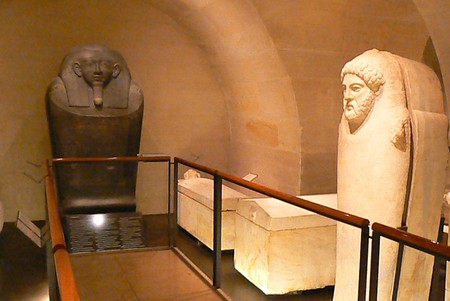 Jean II, the Good, was king from 1350 until 1364. A reign that saw numerous events of distant history such as the loss of nearly half of France’s population to the black death and the creation of the Franc, Jean II’s portrait is remarkable for being the oldest example of individual portraiture in France, and possibly all of Western Europe.

Although the Louvre is principally known for classic works of painting and artifacts from the ancient world, the 14th-century artifact of King Charles’ Gold Scepter is a rare gem among the Louvre’s jewelry collection. As one of the few relics of the French monarchs of the Middle Ages that wasn’t melted down or lost to time, it’s a rare artifact of pre-revolutionary France and one that lies in a section where tourists seldom stop. 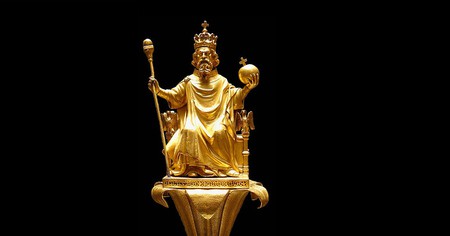