10 Must-See Artworks at the Pompidou Center 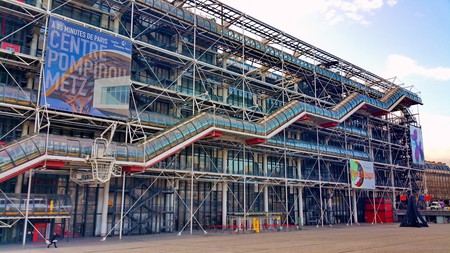 The Centre Pompidou – designed Renzo Piano in 1977 – might have an unconventional look for an art museum, but you’ll encounter some of the greatest masterpieces of the last century. Here are ten artworks from the collection that could possibly change the way you see modern art.

According to artist Yves Klein, the aim of art is to capture beauty anywhere it might be, and to reveal it to the world. Klein is known for his involvement in the nouveau réalisme (new realism) art movement of the 1960s, but he also had a huge influence on Minimalism and Pop Art. Here, you can see a large version of his famous IKB (International Klein Blue). Klein developed 200 IKB pieces, mostly in 1960. Klein painted this blue monochrome because this color, for the artist, is filled with sensibility and reminds us of everything that is abstract in nature: the sea, the sky. You’ll get lost in its beauty. 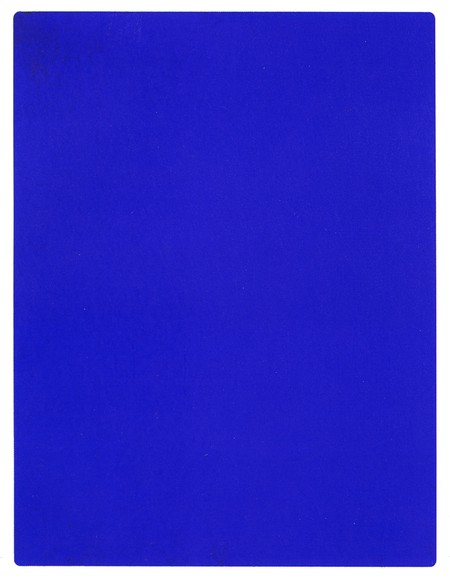 Quite possibly the most famous urinal in history, this piece by French artist Marcel Duchamp is viewed by many art historians and critics as a major landmark in 20th century art and the birth of the ready-made. Duchamp originally submitted this piece to the Exhibition of the Society of Independent Artists in 1917, but its was promptly rejected. In response to this rejection, Duchamp brought the piece to American photographer and art promoter Alfred Stieglitz‘s studio, where Stieglitz displayed and took photos of the piece. 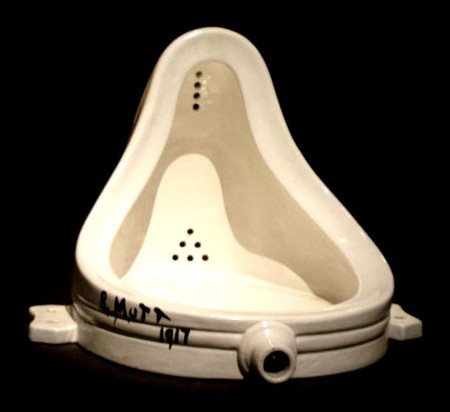 Founded on autobiographical stories, Calle’s work associate words and pictures. The artist made an inquiry in Hotel, showing how the people renting a hotel room leave the room empty when they’re not in it. By taking the role of a house-keeping lady, Sophie Calle examined for three weeks the traces of sleep and strangers intimacy in a secret transgression. 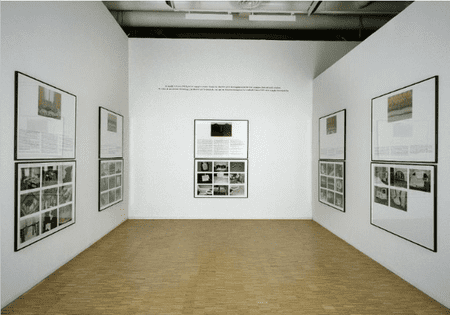 This painting by Dix, is representative of the Neue Sachlichkeit (New Objectivity) wave. This was a German art movement that appeared around 1920, and refers to the German masters of the 16th century, such as Holbein or Cranach. It brought back to use older technics, such as tempera on wood, and in the choice of the subject. 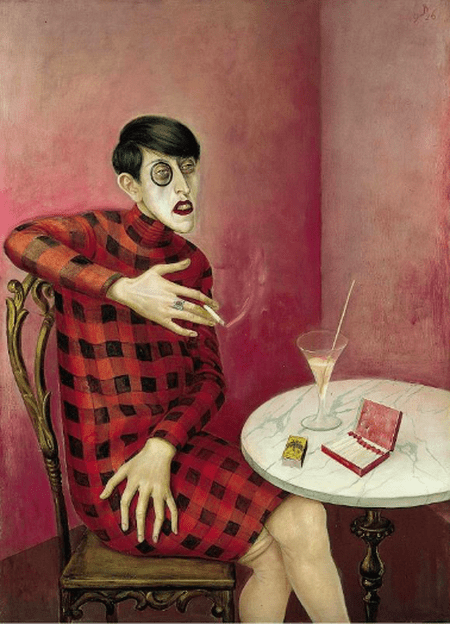 Precious Liquids is a closed space that we can physically cross. Inside you’ll find a bed made out of steel, with a small pond of water, a lot of glass objects, a man’s coat, and a little embroidered dress. This artwork, by Louise Bourgeois, is filled with emotion that has to be understood as a place for contemplation or confinement. 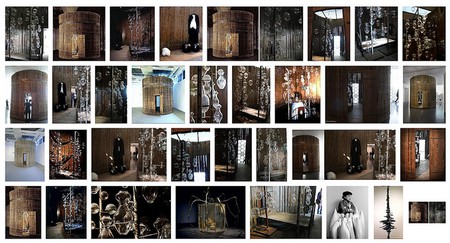 Self Portraits in Drag is actually a series, where Warhol draws from the worship of the American 1980s star-system. Made on the principle of the series, just like the celebrity portraits, these polaroids make the actual features of the artist disappearing under tons of make-up. The purpose of this artwork is to underline the performative nature of identity. 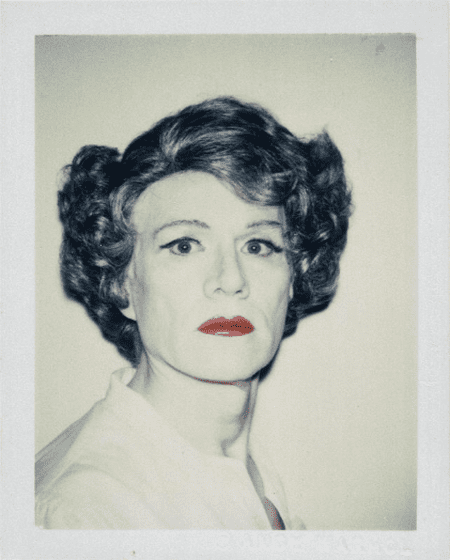 For Untitled, Mark Rothko started from a monochrome base, and saturated the canvas to a point where it loses its material nature. What Rothko called ‘the ground-color’, what we see as the vibrant, imposing background, emerges, according to the artist, as ‘the simple expression of a complex thought’. An icon of the abstract expressionist movement, Mark Rothko explored throughout his artworks, the juxtaposition of material, light and color. 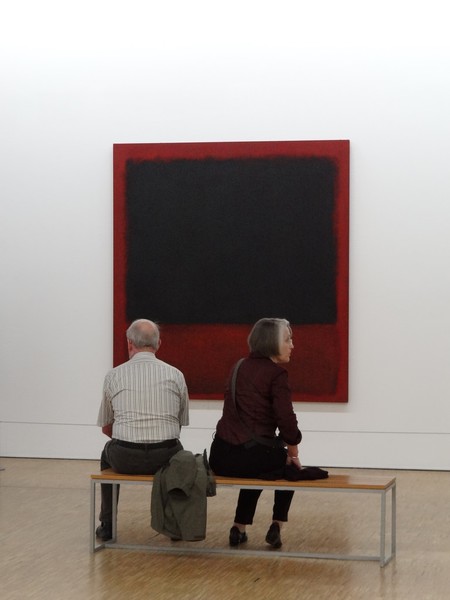 By using recycled materials, supporter of a DIY aesthetic, Thomas Hirschhorn builds facilities nourished of social and political issues. The content of his work is both emotional and critical. Outgrowth is part of a series of installations aligning pollution by the outgrowth of globes on wall shelves. 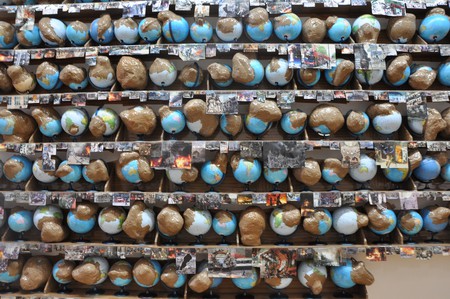 This artwork by Man Ray was actually sold to the Pompidou Center for the small fee of 1 400 000 euros, on April 14th 2003. The work of art is a serigraphy and represents gears that were inspired by the movements of a Spanish dancer that the artist saw on a musical. ‘The title was part of the composition, we read either dancer or danger’ said Man Ray in Self-Portrait. 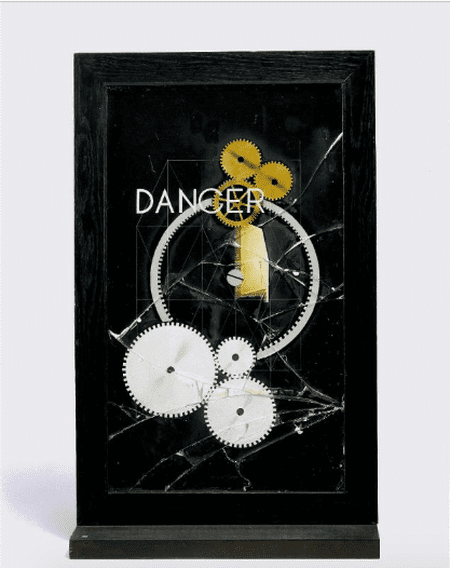 Centre Georges Pompidou, Paris | © Adam Rzepka - Centre Pompidou, MNAM-CCI /Dist. RMN-GP © Adagp, Paris/Courtesy of Pompidou Center
Book Now
What is referred to as ‘drip painting’, is the movement of the painter that results in the throwing and spilling of paint with the help of a wooden stick or a brush. Jackson Pollock explained: ‘On the floor I am more at ease. I feel nearer, more part of the painting, since this way I can walk around it, work from the four sides, and literally be in the painting, similar to the Indian sand painters of the West.’
Open In Google Maps
Paris, Île-de-France, 75004, France
+33144781233
Visit Website
Give us feedback
Give us feedback