10 Modern Ideas That Started In France 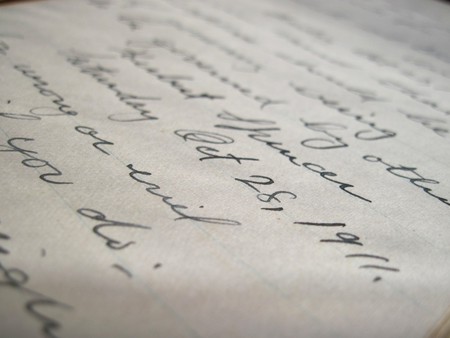 The ‘City of Light’ is a title that Paris holds proudly, and for good reason. It takes its name from the many great Enlightenment-era minds and philosophers who worked in Paris, illuminating the city with bright, new ideas. Centuries later, France has remained the birthplace of modern ideas that have changed the foundations of Western culture as we know it. Read on for the most influential and dramatic ideas to come from la belle France.

Let’s start at the beginning with René Descartes, who is often referred to as the father of modern philosophy. Descartes laid the foundations of the concept of introspection in Meditations, where he affirms the principle of reflected consciousness (cogito) along with the transparency of self to self with his famous statement ‘Cogito Ergo Sum,‘ or, ‘I Think Therefore I Am.’ Introspection is one of the most fundamental necessities of trying to understand who you are and what your place in the world is, so if you ever experience any existential doubts, remember that the very fact that you are having those doubts proves you exist.

Montesquieu designed a tripartite system characterized by the separation of power among a legislature, an executive and a judiciary. His goal was to achieve a decentralization of power, and he stressed the importance of an independent judiciary, which was considered the most notable and dangerous of powers. Montesquieu’s writings have deeply influenced the constitutions of many countries throughout the world.

This one comes from François-Marie Arouet, otherwise known as Voltaire, one of the most famous philosophers of the French Enlightenment. Voltaire believed that governments should promote tolerance of different religions, and that with only one state-accepted religion, the government has the potential to become very tyrannical. When two warring religions arise, the country polarizes into ‘us’ against ‘them’ (evidenced by the French Wars of Religion). Therefore, the solution is to have many religions, and when this is achieved, society can be at peace and can truly prosper. 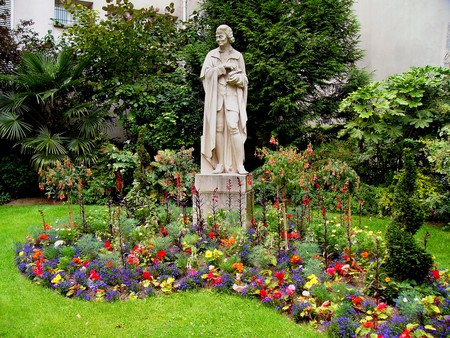 This one comes from François-Marie Arouet, otherwise known as Voltaire | © Kathleen Conklin / Flickr

This fundamental concept came from the mind of Jean-Jacques Rousseau, who was considered the Father of the French Revolution in 1789. His work is centered on the idea of freedom, which he thinks characterizes the natural man. Rousseau believed modern man’s enslavement to his own needs was the cause of his exploitation and domination by others, as well as poor self-esteem and depression. In The Social Contract, he describes the ideal government and says its main objective should be assuring the freedom of all of its citizens. 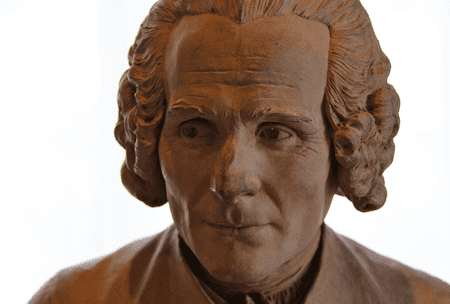 This isn’t about whether the glass is half empty or half full — positivism is a philosophical movement that says all knowledge should be based on scientific observation and theoretical coordination. Auguste Comte is often viewed as the first philosopher of science in the modern sense of the term, as he was the first one to explicitly distinguish natural philosophy from science. For him, the physical sciences arrive first, before humanity can adequately deal with the complex ‘queen science’ of human society itself. ‘The sacred formula of positivism: love as a principle, the order as a foundation, and progress as a goal.’ 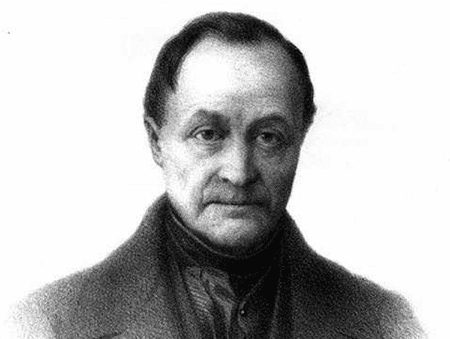 This one comes from Monsieur Comte as well. The complex and challenging ‘queen science’ we mentioned before is in fact Social Science, and Comte was the first one to use the word ‘Sociology’ in defining it. He argued that society operates under its own sets of laws, and his work influenced many 19th century social intellectuals.

Existentialism as such was not founded in France, but it was developed here by a man called Jean-Paul Sartre, the central figure of what we call modern existentialism. The movement is centered on 7 major themes: Philosophy as way of life; Anxiety and Authenticity; Freedom; Situatedness; Existence; Irrationality/Absurdity; and the Crowd. Existentialist philosophers believe that philosophical thinking begins with the human subject — not merely the thinking subject, but the acting, feeling, and living human individual. If you want to immerse yourself in an existentialist philosopher’s world, go get a coffee at the Deux Magots Café, one of Sartre’s favorite watering holes. ‘Existence precedes essence.’

Second Wave Feminism is the feminist movement from the early 1960s to 70s that was inspired by the civil rights movement and focused on the theoretical examination of the concepts of equality, inequality, the role of family, justice, and so forth. Its leading personality was none other than Jean-Paul Sartre’s partner and fellow existentialist Simone de Beauvoir. Le Deuxième Sexe (The Second Sex in English), her most notable work, shows how a philosophical movement can have real, tangible effects on the lives of many people. Beauvoir became the figurehead of feminism by describing a society that keeps women in an inferior position. ‘On ne naît pas femme, on le devient,’ or, ‘One is not born, but rather becomes, a woman.’ 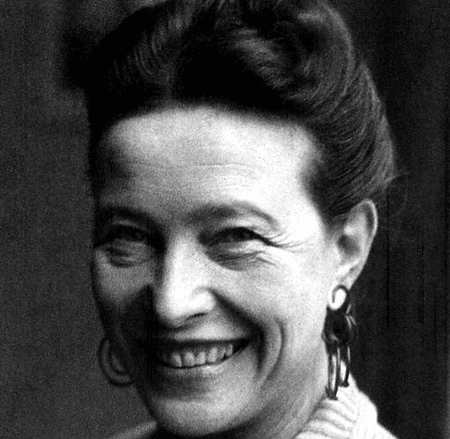 Structuralism is based on a newer science, linguistics, and finds its origins in Ferdinand de Saussure’s text Cours de Linguistique Générale (Lesson of General Linguistics, 1916). For structurist philosophers, social processes are the result of unconscious fundamental structures. Therefore, social organization produces practices and beliefs specific to the individuals who depend on it, and structuralism tries to explain a phenomenon given its role in a system. One very important person who contributed greatly to structuralist theory is Claude Lévi-Strauss, who developed the concept of Structuralist Anthropology.

For post-modernist thinker Michel Foucault, power is indeed everywhere, comes from everywhere, and therefore is neither an agency nor a structure. Power is everywhere, in every relationship. We are constantly its objects, but also project it to others. What is interesting about this new approach is that it sees power as something that transcends politics and as an everyday, socialized and embodied phenomenon. Michel Foucault is one of France’s most famous and important philosophers.