10 Landmarks That Transformed The Parisian Cityscape 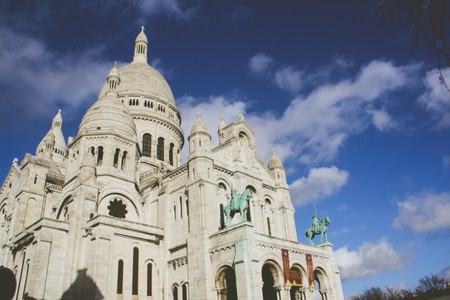 In Paris, you’ll notice that much of the city is blanketed in quintessential Haussmann-style architecture. But a few defining landmarks peek out from the mid-rise expanse. Each of these buildings marks a different time period of Paris’ long cultural history and, luckily, you can still stand in front of them today to admire these architectural feats. Here are the 10 buildings that have made a lasting impression on the city of Paris. 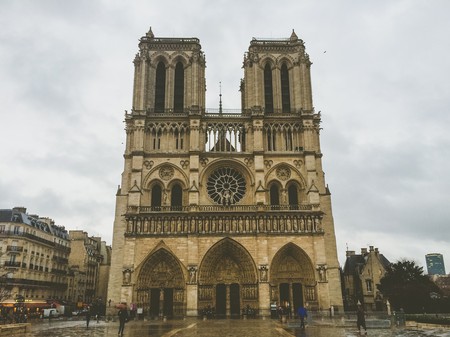 Though the foundation for the Notre Dame was laid in 1163, the primarily French Gothic cathedral wasn’t completed for almost 200 years, opening in 1345. After centuries on Île de la Cité, many of the Notre Dame’s religious artifacts, including the stained glass, were destroyed during the most extreme period of the French Revolution. Thankfully, in the years since, there have been multiple projects dedicated to its restoration. If you can make it up the 387 steps of the South Tower, you’ll be rewarded with spectacular views of Paris and the Seine.

Book Now
The Panthéon was built between 1758 and 1790 on the Montagne Sainte-Geneviève, the center of the Latin Quarter, Paris’ academic hub. It is the final resting place for the men and women of France who made great contributions to art, science, philosophy and more. Above the entrance, it reads Aux grands hommes la patrie reconnaissante [To great men, the grateful homeland]. To be interred at the Panthéon, the person must be named a ‘National Hero’ through parliamentary action. Those resting at the Panthéon include Victor Hugo, Voltaire, Louis Braille and Marie Curie. Curie was the first woman interred based on her own accomplishments.
Open In Google Maps
Place du Panthéon, Paris, Île-de-France, 75005, France
+33144321800
Visit Website
Give us feedback

Grand Escalier | © Ignacio Palomo Duarte/Flickr
Palais Garnier is one of the most famous opera houses in the world, largely because of its role in the novel turned musical, Phantom of the Opera. The 1,979-seater was started in 1861 and completed 14 years later. Charles Garnier’s plans for the new theater was halted many times due to war, limited funding and the demise of the empire that commissioned it. But thanks to a bit of determination along with a fire that destroyed the old opera house, it finally opened in 1875. People from all over the world gather here to experience the grandiose opulence of the Second Empire.
Open In Google Maps
Place de l'Opéra, Paris, Île-de-France, 75009, France
+33171252423
Visit Website
Give us feedback

Book Now
High up on the hill of Montmartre sits this gleaming white basilica. The first stone of the Sacré-Cœur was laid in 1875. It was finished five years before being consecrated in 1919, delayed by the World War I. The spiritual beacon situated in the center of a bohemian neighborhood has come to symbolize the differences between the conservative beliefs of old France and the secular ideas that embodied the Republic. Climb the staircases leading up to the Sacré-Cœur to take in the architecture and a sweeping view of the entire city of Paris.
Open In Google Maps
35 Rue du Chevalier de la Barre, Paris, Île-de-France, 75018, France
+33153418900
Visit Website
Give us feedback 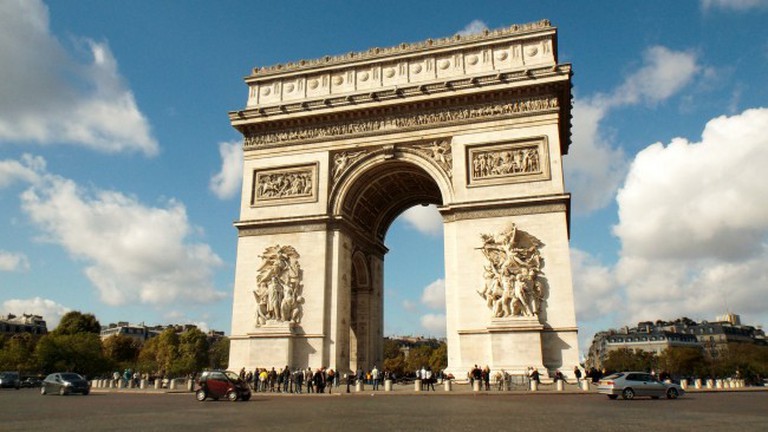 Arc de Triomphe | © oatsy40/Flickr
Just on the western outskirts of Paris, you can’t help but notice a cluster of skyscrapers peering out from behind the Eiffel Tower. This is La Défense, one of the most important business districts in the world. The first generation of buildings went up in the 1950s and even more were erected in the decades following. This modern business district now holds 18 completed skyscrapers and The Grande Arche, one of La Défense’s most famous sites. It was created to punctuate the Historical Axis of Paris that starts at the Louvre and continues down the Champs Elysées to the Arc de Triomphe.
Open In Google Maps
Île-de-France, France
Give us feedback 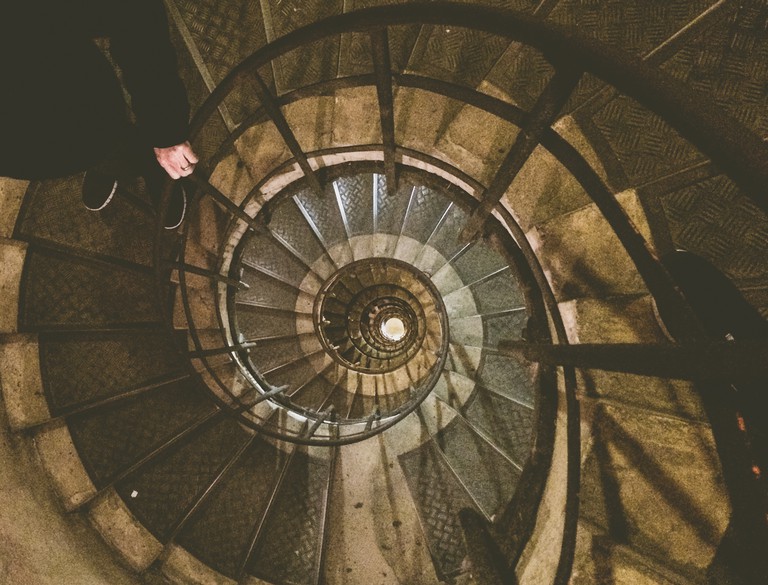 Climbing the Arc de Triomphe | © Whitney Donaldson
Book Now
The Arc de Triomphe was commissioned in 1806 by Emperor Napoleon after the victory at Austerlitz. The patriotic symbol for France and her defenders took 30 years to complete. Many famous victory marches have been made around the Arc, and not always by the French. The victory route doesn’t go underneath the Arc as a sign of respect for what it represents – Hitler even observed this rule during the German occupation of Paris. The Arc de Triomphe, at 162-feet tall or 234 steps, has an observation deck offering a new perspective of the city, along with an impressive view of one of its largest traffic circles.
Open In Google Maps
Paris, Île-de-France, 75017, France
Give us feedback

Recognizable by its shimmering golden dome and vast green lawn, Les Invalides serves as an homage to France’s military history. Louis XIV began the project in 1671, hoping to create a hospital and retirement home for the war veterans of France. The cluster of buildings eventually grew too large for the original purpose, so they made additional plans. Today, Les Invalides plays host to a few different museums, such as Musée de l’Armée and the tombs of some of France’s great war heroes, including Napoleon Bonaparte. Staying true to the original mission, officers still live on the grounds and there is a working medical center for veterans. 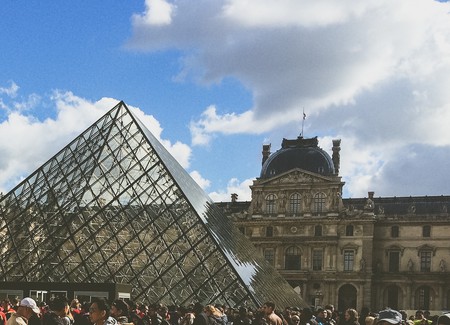 The Louvre has transformed over the centuries into the most visited and most recognizable art museum in the world. In the 12th century, the Louvre started as a fortress (some of it is still visible today), but was renovated over the years, becoming more stately and aristocratic. In the 16th century, architect Pierre Lescot continued to up the luxuriousness and grandeur of the palace. On August 10, 1793, the Louvre opened as a museum with over 500 pieces. Today, the collection has grown to include more than one million works of art. The most recent architectural addition, the glass pyramid entrance designed by American I.M. Pei, is now revered by many who originally opposed it. 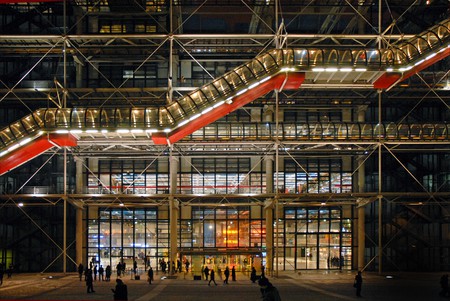 The Centre Pompidou was controversial at first due to its postmodern, high-tech architectural style, but exceeded expectations soon after opening in 1977. Originally, they anticipated about 8,000 visitors per day, but welcomed more than five times that amount within the first 20 years. The center was named after Georges Pompidou, former President of France, who commissioned the center for modern arts. Today, it is home to a public library, the Musée National d’Art Moderne, and a center for music and acoustic research (IRCAM). 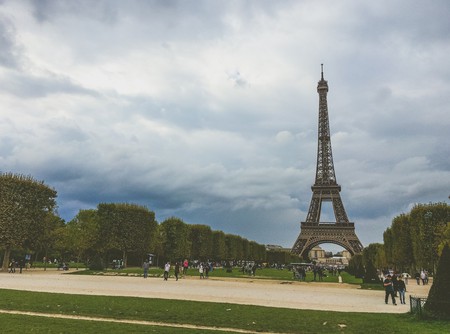 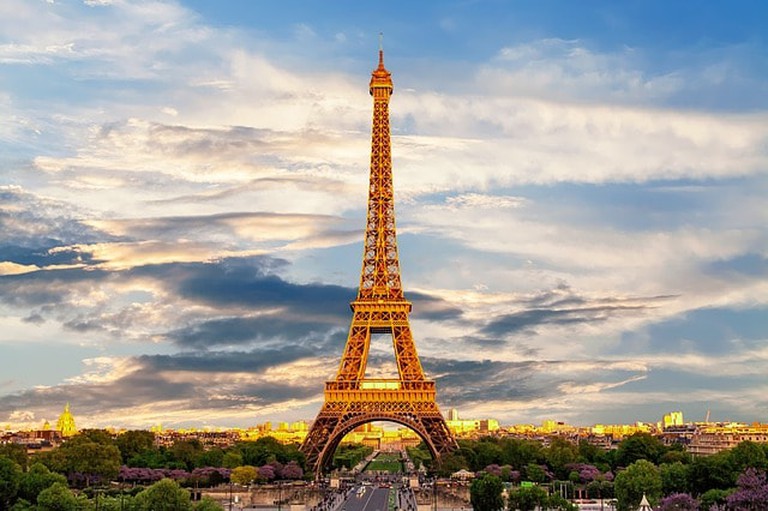 TheDigitalArtist / Pixabay
The Eiffel Tower, named for its creator Gustave Eiffel, was originally destined to be the entrance to the 1889 World’s Fair. It was built in two years and was the tallest building in the world at its debut, standing at 1,063 feet. The wrought-iron structure was repeatedly denounced during it’s construction and in the years the followed. Today, it’s an icon, unmistakably synonymous with the city of Paris. Visitors can go up to any of the three floors for views of the city, or picnic at the feet of the metal giant on the Champs de Mars.
Open In Google Maps
Avenue Anatole France, Paris, France
Give us feedback
Give us feedback