10 Great Writers Of The Enlightenment

The Enlightenment, known in French as the Siècle des Lumières (or Century of Lights), was a high period of intellectual proliferation in the domains of art and science. Many ideas put out by Enlightenment thinkers paved the way for how we perceive the world today. Here are ten of the greatest minds who marked the 18th century. 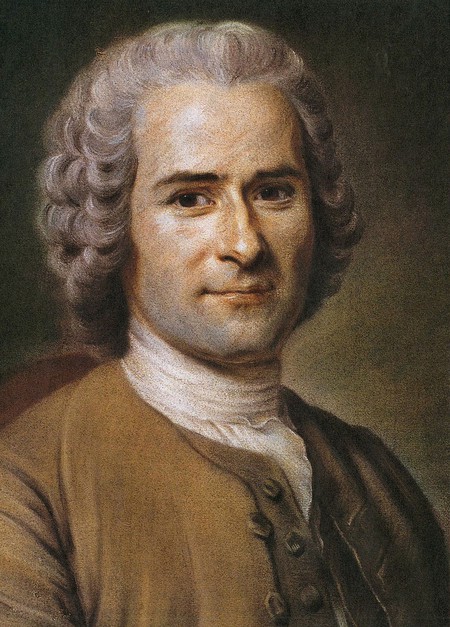 Jean-Jacques Rousseau was born in Geneva, Switzerland and moved to Paris as a young man to pursue a career as a musician. Instead, he became famous as one of the greatest and most revolutionary thinkers to ever live. In the age of the absolute power of kings, Rousseau argued against the monarchy’s divine right to rule – he proclaimed the absurdity of submitting to coercion or slavery, stating that true political authority lies with the people. He also upset the other great power of the age, the Church, by arguing that all religions are equal in their ability to instill goodness in people. The philosopher also belonged to the Romanticism literary movement, of which he’s thought to be one of the pioneers.

Voltaire, born François-Marie Arouet, holds a special place in the world’s collective memory as the symbol of the Enlightenment. An extremely prolific writer, Voltaire achieved fame for his polemic satires and acerbic wit (although he originally wanted to be a tragedian). He publicly argued for freedom of religion and expression, the separation of church and state, and wrote formidable attacks on the Catholic Church and powerful French establishments. Voltaire has been feverishly quoted after the dreadful attacks in Paris on Jan. 7th and Nov. 15th, 2015, as his name instantly evokes the battle against religious fanaticism as well the love of tolerance and freedom of thinking. 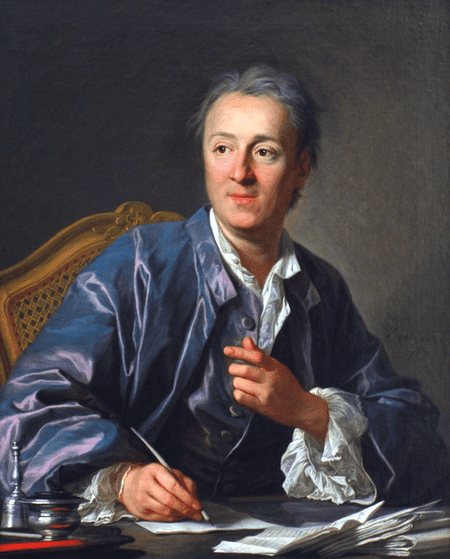 One word cannot capture Denis Diderot who has more than one string to his bow; he was a writer, philosopher, encyclopedist, literary and art critic, and translator, to only name a few. He marked history with one of most impressive works of the time, the famous Encyclopédie, which he co-wrote. The goal of the Encyclopédie was, according to Diderot, to ‘change the common way of thinking‘ through the dissemination of knowledge and represent a revolution of scientific, secular, and open-minded thought (thus undermining the authority of the two great powers of the day, the French monarchy and the Catholic Church). Not surprisingly, an entire Parisian university was named after him. 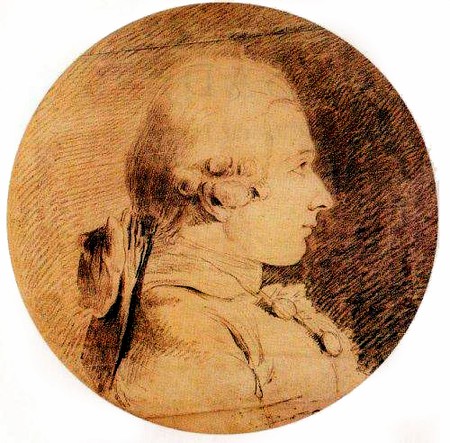 Donatien Alphone François, Marquis de Sade was, as you may guess, a nobleman who spent three-fourths of his life in prison (and ten years in the Bastille) where he was able to compose most of his sulfurous masterpiece, The 120 Days of Sodom, full of eroticism, violence and extreme cruelty. Although his book was banned for centuries, Sade remained an icon of sexual libertinism, with the term ‘sadism’ invented in his name at the end of the 19th century. 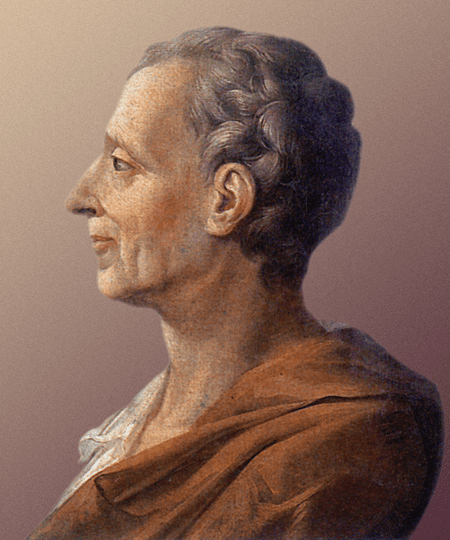 Born into a French noble family in southern France, Montesquieu practiced law in adulthood and witnessed great political upheaval across Britain and France. In The Spirit of the Laws, Montesquieu argued for the separation and balance of governmental powers as a remedy for state corruption. Indeed, he wrote, ‘Government should be set up so that no man need be afraid of another.‘ His ideas profoundly influenced the building of revolutionary new governments, including the United States. He also supported the idea of women as heads of state.

Pierre-Augustin Caron de Beaumarchais was many great things, including an inventor, a watchmaker, a diplomat, a spy, a publisher (he published Voltaire’s works despite them being widely banned), a horticulturist, a businessman, an arms dealer, a satirist, a revolutionary (for both the American and the French revolutions), a dramatist, a musician and a poet. Despite all this, he’s mostly famous for his plays, including The Marriage of Figaro, upon which Mozart based his opera. 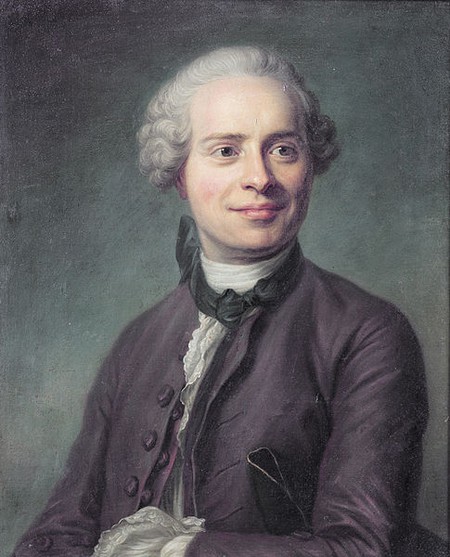 The Enlightenment was not only about the arts but also about science, and Jean le Rond d’Alembert is an excellent example of that since not only was he a philosopher and an encyclopedist but also a renowned mathematician. Indeed, this friend of Voltaire’s contributed to fluid mechanics, refraction theory, and the laws of motion. Along with Diderot, he founded the Encyclopédie, and contributed works on differential equations and partial derivatives.

Read: Preliminary Discourse to the Encyclopédie (1751) 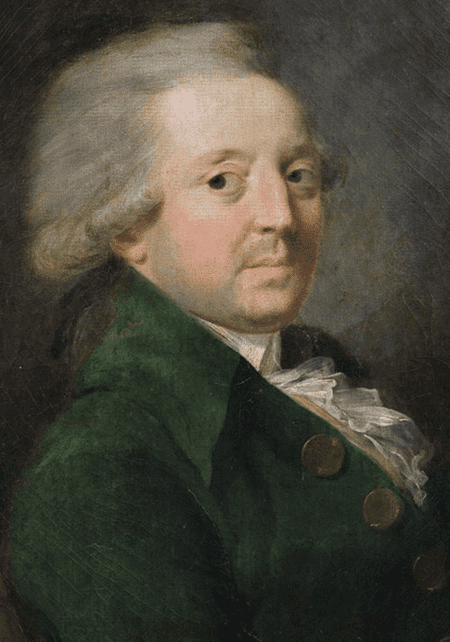 The Enlightenment abounded with great minds, and Nicolas de Condorcet was one of them. Condorcet straddled the gap between the arts and science, by applying mathematical principles to various social problems. He used statistics and probabilities to design a voting system in which voters rank candidates in order of preference. A huge proponent of human rights, Condorcet believed in free and equal education, citizenship, suffrage, and equal rights for women (unlike other ‘enlightened’ thinkers), and held the same rights for people of all races.

Read: Fragments on the Freedom on the Press (1776) 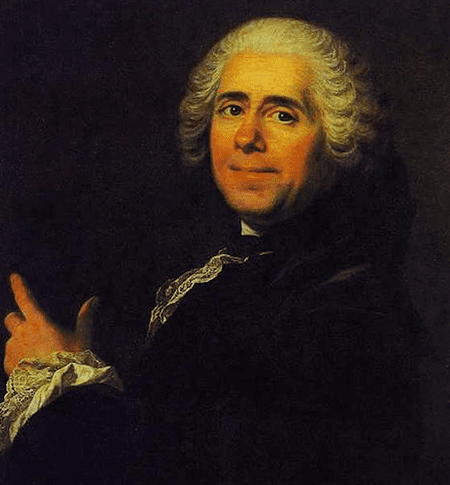 This French novelist and dramatist is considered as one of the major French playwrights of the Enlightenment. During the 18th century, Pierre Carlet de Chamblain de Marivaux (yes, a nobleman again!) wrote many comedies for the Comédie Française, with his most famous masterpieces being Les Fausses Confidences and Le Jeu de l’Amour et du Hasard – and bear in mind that this gentleman wrote between 30 and 40 plays during his life. Marivaux was famous for having a volatile personality, and although he was good-natured, he was highly critical of philosophers, which may be the reason why Voltaire loathed him so much. 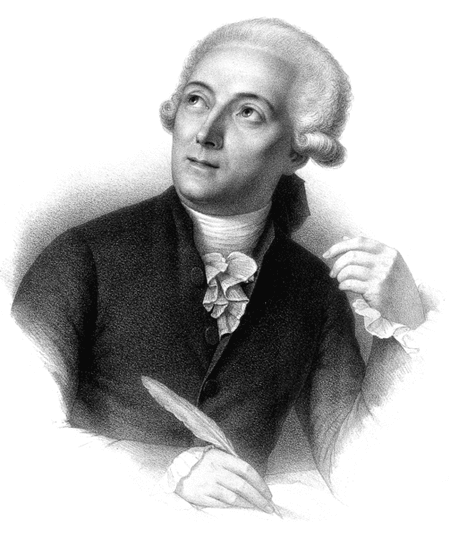 The self-proclaimed ‘father of modern chemistry,’ Antoine Laurent Lavoisier may not have been modest, but he did have a huge impact on the fields of biology and chemistry. He gave names to many of the elements everyone knows today (including oxygen, which he identified as crucial to combustion) and created a list of elements that he asserted were substances which could not be broken down further (including hydrogen, nitrogen, zinc, mercury, phosphorus, and sulfur). He also discovered that diamonds are made from carbon. This revolutionary scientist also participated in the construction of the metric system.

Read more about him here.