10 French Champions Of Freedom Of Expression

France has long been at the forefront of free expression worldwide. The Declaration of the Rights of Man and of The Citizen, published in 1789, states: ‘The free communication of thoughts and of opinions is one of the most precious rights of man: any citizen thus may speak, write and print freely…’. However, the powers that be have often tried to undermine this (by focusing on the sub clause ‘except for what is tantamount to abuse of this liberty, in the cases determined by the law’), and it has been down to the citizens of France to defend this most sacred right. And they have. Here are ten of the finest examples of French people standing up for la liberté d’expression.

François-Marie Arouet (1694-1778), better known by his nom de plume Voltaire, was a French writer and philosopher at the time of the Enlightenment best known for his advocacy for freedom of religion, freedom of speech, and for his attacks on the Catholic Church. His magnum opus is a novella entitled Candide, which challenges the then popular philosophical position that this is the best of all possible worlds, and heaps heavy criticism upon both church and state to boot. He is honored today in France as an early defender of both the right to speak freely and the right to be tolerated no matter what one says or believes, a position summed up by one biographer as ‘I disapprove of what you say, but I will defend to the death your right to say it.’ 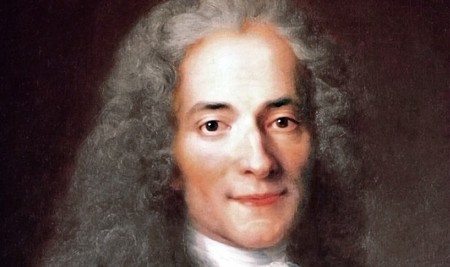 Voltaire at the age of 24 | ©Wikimedia Commons

Actress, singer, and model in the 1950s and ’60s, Brigitte Bardot was not, like certain American coworkers at the time, content to be just a sex symbol. Dubbed by magazines at the time ‘immoral, from head to toe,’ Bardot defied social convention in the era in which she became famous, and to this day remains controversial. One famous incident from early in her career involves her first meeting with Charles de Gaulle. Invited to the Élysée Palace, where women were forbidden from wearing trousers at the time, she opted to show up dressed in the regalia of a Napoleonic hussar. ‘Bonjour, mon général,’ she greeted, as she approached in banned dress. De Gaulle, for his part, was a good sport. ‘Indeed, madame!’ he said, as he pretended to inspect her medals. 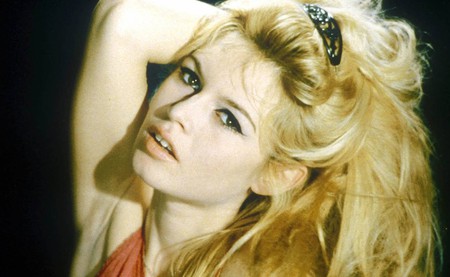 François Cavanna, who founded the magazine once said ‘a good cartoon is like a punch in the face,’ and Charlie Hebdo, has been swinging left hooks at organized religion, far-right racism, and the neoliberal establishment for decades. Known for its irreverent, biting satire and iconic art design, the images of Charlie Hebdo have become all the more iconic since the attacks of January 7, 2015, when two masked gunmen claiming allegiance to Al-Qaeda forced their way into the magazine’s offices and began firing on staff members, killing 12 and injuring 11 more. Solidarity for the paper came from all over the world in the form of the slogan, ‘Je suis Charlie.’ Charlie, for its part, didn’t miss an issue, publishing its next edition a mere seven days after the attack, with a cover featuring the Prophet Muhammad, as helpless a victim of the gunmen as anyone else, holding a sign bearing the same slogan.

Writer, philosopher, and political activist, Jean-Paul Sartre refused to look at the Cold War world according to the simplistic mentality of the West on one hand, or the Eastern Bloc on the other. Rather than accept this us-versus-them paradigm, he took maverick positions. He embraced Marxism, but did not join the French Communist Party. He was one of the first journalists to expose labour camps in the Soviet Union, while also protesting French use of torture in Algeria. He called Che Guevara his era’s ‘most perfect man,’ but was quick to point out Fidel Castro’s persecution of the Cuban gay community in the strongest terms (comparing it to Nazi Germany by saying, ‘In Cuba there are no Jews, but there are homosexuals.’) In 1964, he was awarded to Nobel Prize in Literature, but turned it down, citing his unwillingness to take part in this Cold War dispute by aligning himself with a prominent Western institution. 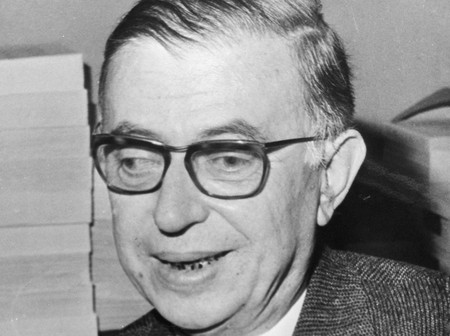 In 2001, French hip-hop outfit Sniper released their song ‘La France,’ a searing indictment of the French state, particularly the poor representation of minority groups in the political sphere. Featuring lyrics such as ‘Exterminate the ministers and fascists,’ or ‘The laws should be changed and we should see/ Arabs and blacks in power, soon at l’Élysée,’ the rebellious lyrics and loud, aggressive sounds were considered a threat by more conservative lawmakers, including Nicolas Sarkozy who cited them for ‘violent, racist and abusive lyrics.’ They were eventually taken to court for their music, but finally acquitted, showing that non-white, non-middle-class artists working in new mediums don’t have it quite so easy.

Once regarded as a swindler and publisher of pornographic books with no literary taste, time has shown that Maurice Girodias performed a great service to English-language literature. The story begins in a recently war-torn Paris where Girodias gathered the starving expat writers and revealed a way out of poverty: to come and write dirty books for his new venture: The Olympia Press. Realizing that oppressive legislation restricted publishers in the US and UK, and betting that due to comparatively liberal attitudes on sex and the language barrier, he would be able to turn the purchasing of banned books into a thriving industry with tourists, he went on to publish far more than ‘dirty books.’ Vladimir Nabokov’s Lolita, William S. Burroughs’ Naked Lunch, J.P. Donleavy’s The Ginger Man, as well as works by Samuel Beckett and Henry Miller all saw their first editions under Girodias’ company.

However, he did swindle almost all of his famous authors out of royalties and, of course, produced quite a bit of pornography. The fact remains, as even one of his victims William Burroughs noted, that he published these important books at a time when nobody else would touch them. 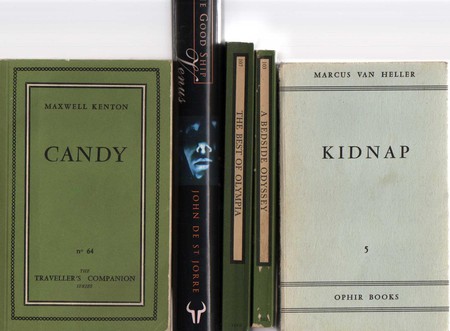 Seeking a dramatic counterpoint to sleepy village of Saint-Romain-au-Mont-d’Or, Thierry Ehrmann has christened his property there La Demeure du Chaos. Here, the landscape resembles something equal parts war-zone, scrap heap, and contemporary art exhibit. Strewn with twisted metal sculptures, dilapidated military equipment, and heavy-handed political murals, this loud and colorful protest to polite society has not been well received by the locals, who have long petitioned for its dismantlement. Since at least 2009, the position of the courts has been that this is an illegal exhibit which must be taken down, and yet it remains. Ehrmann is dismissive of these attempts to silence his art. “‘In your resistance,’ I tell them, ‘you are contributing to this work. This work is encapsulating you, absorbing you.’” 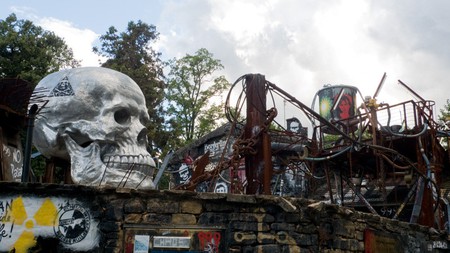 Author, aristocrat, and flouter of conventions extraordinaire, George Sand stunned France in the 19th century by dressing in men’s clothing and smoking tobacco to her heart’s content. The men’s clothing, she justified, provided greater comfort and cost far less than women’s clothing at the time. It had the added benefit of providing her with safety on the streets of Paris and increased access to venues from which women were often barred. The smoking, on the other hand, then as now, was a filthy habit and a leading cause of cancer and heart disease. However, her reasoning, revolutionary at the time, was the women are as entitled to these disgusting vices as men… 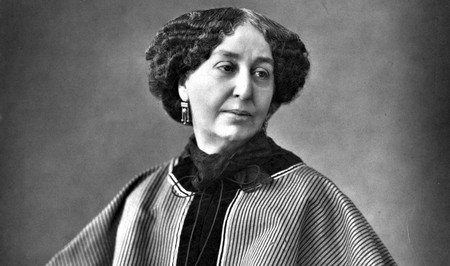 Students of the May 1968 protests

‘Liberté, egalité, sexualité!’ was one of many slogans seen at the student revolt of 1968 (others included: ‘Marxist, Groucho Tendency’ and ‘Unbutton Your Brain as Much as Your Trousers!’), where the young generation of France rebelled against the conservative social attitudes, political authoritarianism, and economic injustice under Charles de Gaulle’s regime. While similar to the other hippie-era protests sweeping parts of Western Europe and the United States at the time, only in France, birthplace of revolution, did such action lead to a worker’s revolt and nearly bring down the government. 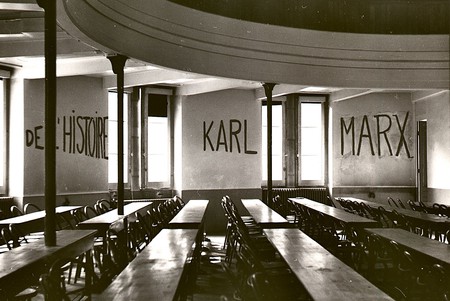 Initially, philosopher Simone de Beauvoir felt that class (and not gender) was the banner under which liberation had to be fought for. However, once she realized that the revolutions of the USSR or Maoist China had not left women better off, she began increasingly to identify as a feminist, albeit an idiosyncratic one. According to her maxim of ‘one is not born, but rather becomes a woman,’ she felt men’s and women’s roles were socially – rather than naturally – determined, and lived her life with a sense that she had to bow to no convention of what a woman could do or be. In her public life, she fought hard for women’s liberation, notably writing the Manifesto of the 343 Sluts which she signed (along with 342 other women), acknowledging that she had procured an illegal abortion, putting herself at risk of prosecution in her quest for a change in the law. In her personal life, with life-long companion Jean-Paul Sartre, she had an open relationship in which she often took female lovers, which scandalized France at the time. 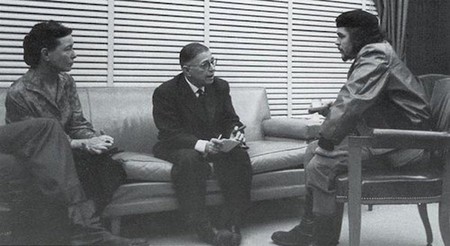