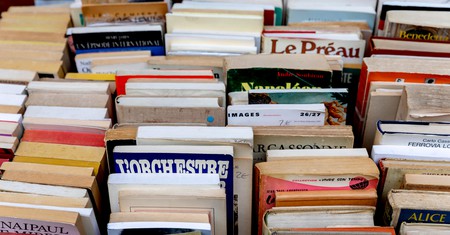 Countless movies, plays and books have been written about Paris in the 1920s, and together they give a sense of the unique atmosphere of the city during the années folles (crazy years).

‘A Moveable Feast’ by Ernest Hemingway

This novel is an ode to Hemingway’s time spent living in Paris with his first wife, Hadley, and their baby. It is during these years that Hemingway became familiar with Gertrude Stein, Zelda and F. Scott Fitzgerald, and Ezra Pound, among many other artists and writers of the ‘Lost Generation’. In his direct and to-the-point prose, Hemingway beautifully and simply describes Paris as he sees it. A Moveable Feast is an excellent guide to Hemingway’s favourite haunts in the Latin Quarter, Saint-Germain-des-Près and Rue Mouffetard. 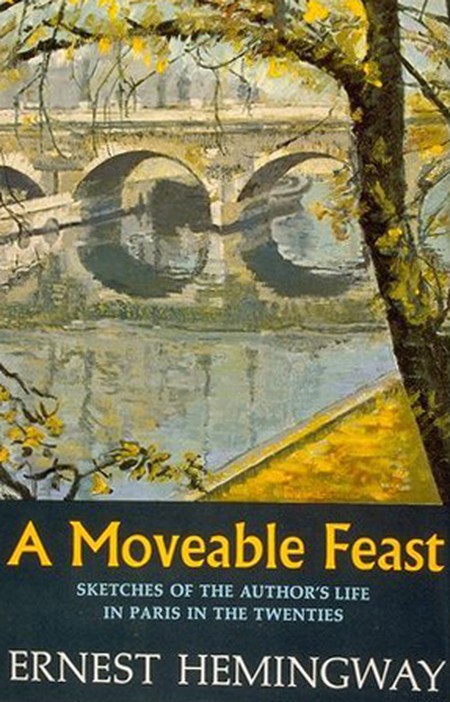 ‘The Paris Wife’ by Paula McLain

While A Moveable Feast presents readers with Ernest Hemingway’s viewpoint of his life in the French capital, The Paris Wife sees things a little differently. The latter is centred around Hadley Richardson, Hemingway’s first wife. The book chronicles Richardson’s and Hemingway’s relationship from its dreamy beginning to its heartbreakingly cold ending. Much of their relationship was spent raising their son, affectionately called Bumby, while living in Paris. The book is an eye-opening look at the way in which Hemingway treated his family; time after time choosing the importance of his work and social life over his wife and child. 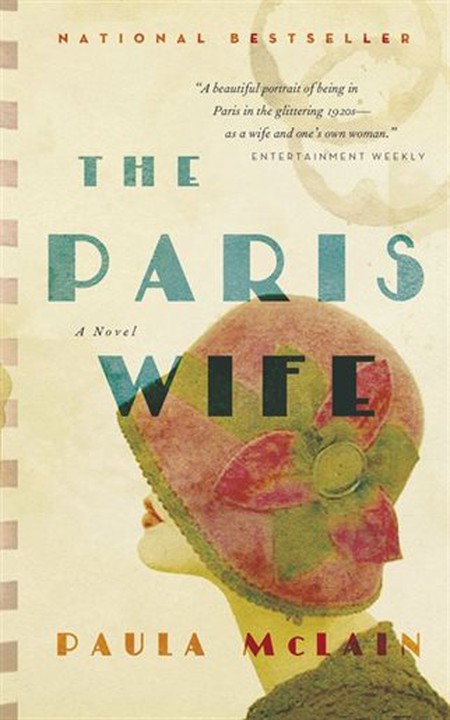 ‘The Autobiography of Alice B. Toklas’ by Gertrude Stein

Although the title of this novel suggests that it is an autobiography, it was actually written by the infamous Gertrude Stein about the life of her longtime partner, Alice B. Toklas. Stein is most famous for coining the term the ‘Lost Generation’ to describe the artists, writers and creators living in the post-World War I era. Stein had a salon on Rue de Fleurus in Paris’s 6th arrondissement, and it was frequented by the likes of Henri Matisse, Pablo Picasso, Ernest Hemingway and F. Scott Fitzgerald, among others. While this book is sometimes criticised by those who were closest to Stein, it is an excellent source for those who want to feel like they have been transported to the writer’s 1920s Parisian salon. 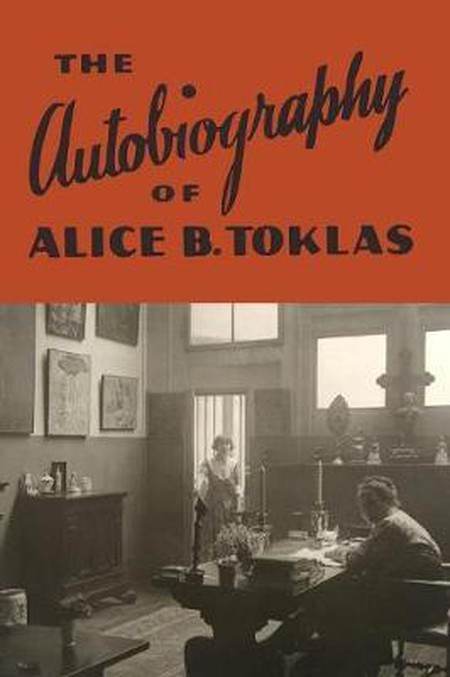 'The Autobiography of Alice B. Toklas' by Gertrude Stein | © Albatross Publishers

The Sun Also Rises is widely recognised as Hemingway’s greatest work and follows the story of a group of Britons and Americans from Paris to Spain. The characters in this novel are based on real people that Hemingway travelled with to Pamplona, Spain to watch the annual bullfighting. The series of dramatic events that transpired amongst Hemingway and his friends were interesting enough for Hemingway to write a novel about it. 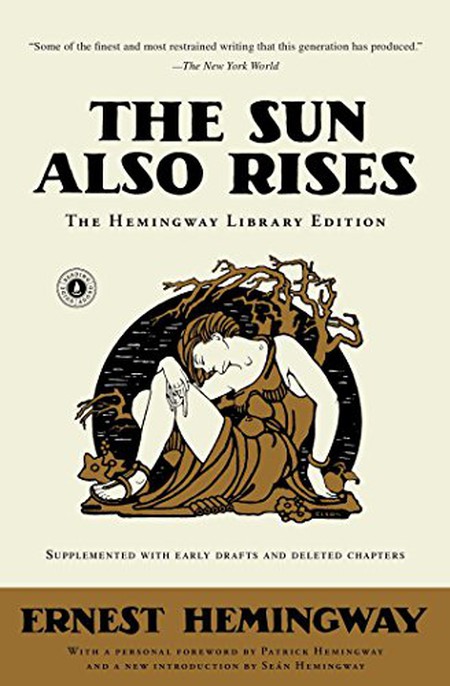 ‘Everybody Was So Young: Gerald and Sara Murphy: A Lost Generation Love Story’ by Amanda Vaill

Paris in the 1920s was filled with people from abroad seeking an escape. Gerald and Sara Murphy are just a few of the many Americans that flocked to France during this time. Gerald and Sara were living in New York with their three children before they decided to make the overseas move to Paris. Once they arrived, Gerald decided to take up painting, and he and Sara soon became well known among the Lost Generation group of artists and writers. The Murphys were one of the couples that accompanied Hemingway to Pamplona, Spain to watch the bullfights featured in The Sun Also Rises, and F. Scott Fitzgerald is said to have based the characters Nicole and Dick Driver from his novel Tender is the Night on the Murphys. Everybody Was So Young: Gerald and Sara Murphy: A Lost Generation Love Story is the story of the Murphys, their captivating group of friends, and the exciting time period during which they lived. 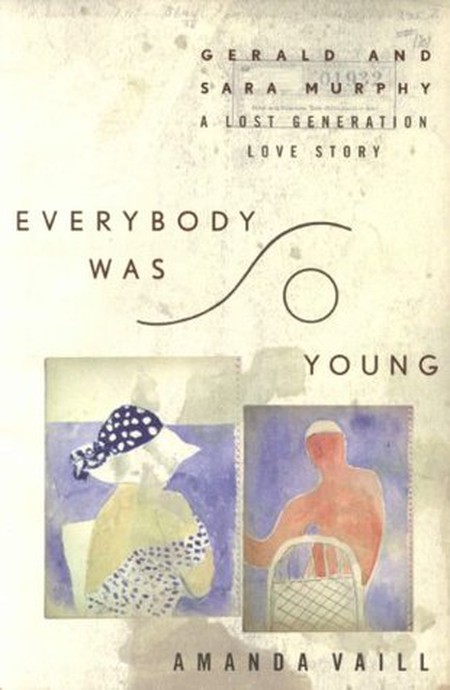 'Everybody Was So Young: Gerald and Sara Murphy: A Lost Generation Love Story' by Amanda Vaill | © Houghton Mifflin Harcourt

‘Living Well Is the Best Revenge’ by Calvin Tomkins

Living Well Is the Best Revenge is another novel surrounding the couple Gerald and Sara Murphy. In addition to the captivating life story of the Murphys, this book includes over 50 intimate photos of the couple and reproductions of some of Gerald’s paintings. Although many regard the Murphys as merely the wealthy party throwers of the Lost Generation, Gerald was an extremely talented painter. His works were very modern for his time, and his painting style is reminiscent of the Pop Art movement, 40 years before it existed. Critic Russell Lynes said of the book: ‘At once a sharp and charming evocation of an era and a cast, mostly delightful, surely famous, and usually talented, written with an elegant balance between tongue in cheek and sympathy.’ 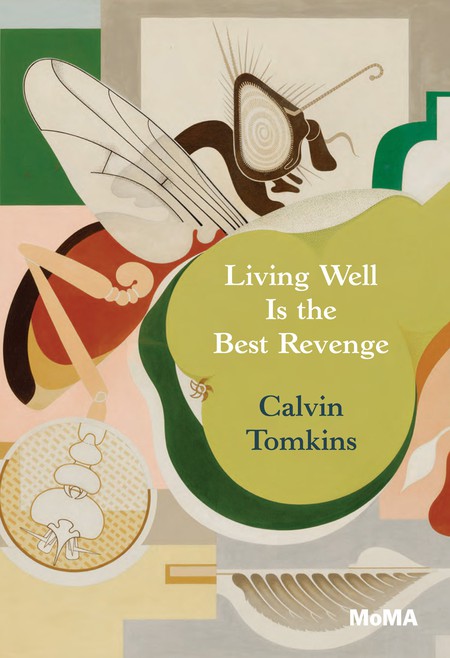 'Living Well Is the Best Revenge' by Calvin Tomkins | © MoMA

‘Paris in the 1920s with Kiki de Montparnasse’ by Xavier Girard

During the 1920s, the Montparnasse neighbourhood of Paris’s 14th arrondissement was overflowing with cafes, bars and restaurants that were the popular locales for many artists, creatives and writers living in Paris. A beautiful model, painter and actress named Alice Prin had become the muse of many French painters and sculptors at the time. Prin adopted the singular name of Kiki and was soon known as the ‘Queen of Montparnasse’. She is perhaps most famously recognised as the muse and companion of the painter Man Ray, but she was actually a very accomplished artist in her own right. This beautiful book features photography, artwork and stories surrounding the life of Kiki, and the neighbourhood, Montparnasse, that brought her to life. 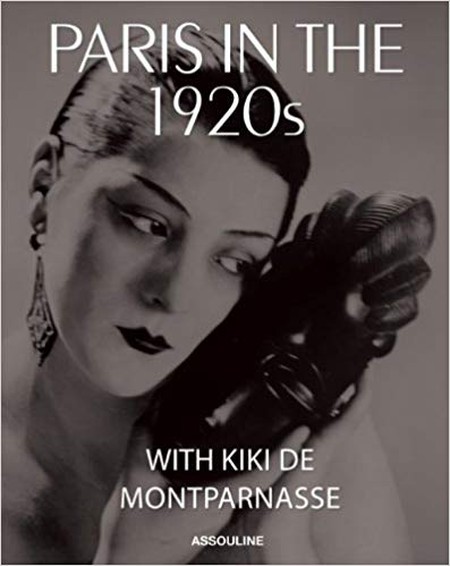 ‘Paris Was Yesterday’ by Janet Flanner

Janet Flanner was the first Paris correspondent for the American magazine, The New Yorker. Flanner wrote what the magazine called ‘Letter from Paris’ for 50 years, beginning in 1925. Her pieces covered everything from what was going on in the art world to intriguing crimes that were happening in Paris in the 1920s. In addition to relaying stories about Paris to American readers, Flanner was a prominent figure of the Lost Generation and became good friends with Gertrude Stein. Paris Was Yesterday is a collection of many of Flanner’s works, but the book really highlights her letters from her earliest years as a writer in Paris in the 1920s. 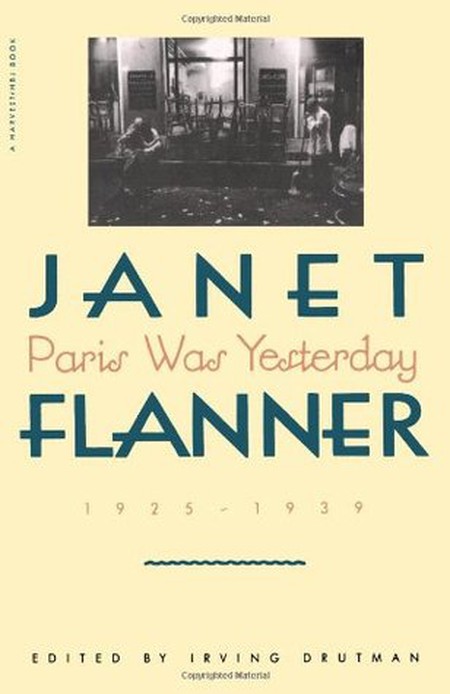 ‘Shakespeare and Company’ by Sylvia Beach

The bookstore Shakespeare and Company was a vital part of Paris in the 1920s. Its owner, Sylvia Beach, was very close with Ernest Hemingway, Gertrude Stein, James Joyce, Ezra Pound and others that were a part of the Lost Generation. The publishing company that Beach ran from inside the shop famously published the controversial novel Ulysses by James Joyce when no one else would. In Shakespeare and Company, Beach recounts her time spent in the bookstore with her friends of the Lost Generation. Much of the book centres around her friendship with James Joyce and her decision to publish Ulysses, making it a great inside look at the literary world of Paris in the 1920s. 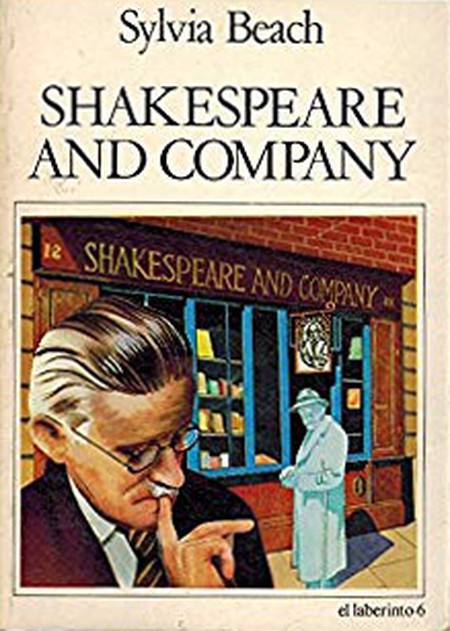 ‘Flappers: Six Women of a Dangerous Generation’ by Judith Mackrell

The 1920s meant shorter skirts, a sexual revolution, and many freedoms that were previously unheard of for women. Flappers: Six Women of a Dangerous Generation spotlights the lives of Diana Cooper, Nancy Cunard, Tallulah Bankhead, Zelda Fitzgerald, Josephine Baker and Tamara de Lempicka. These six women came from very different backgrounds; a few being American, others British, and another Russian. But they all had one thing in common: the luxury of being in Paris in the 1920s. Read Flappers for a dive into the glittery and controversial lives of these six compelling women. 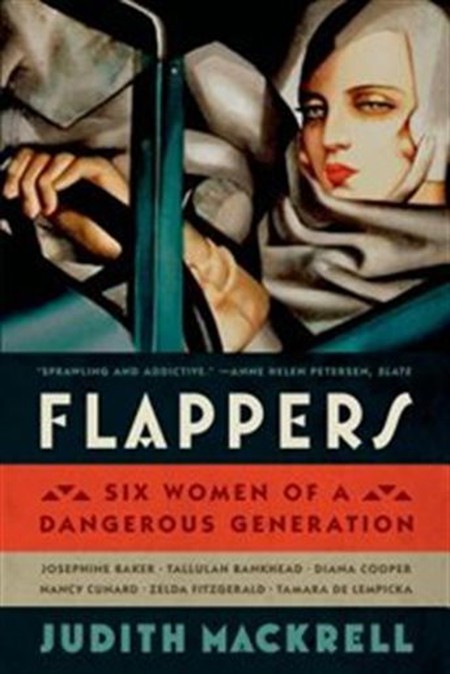 'Flappers' by Judith Mackrell | © Sarah Crichton Books
Give us feedback