10 Books By Simone De Beauvoir You Should Read 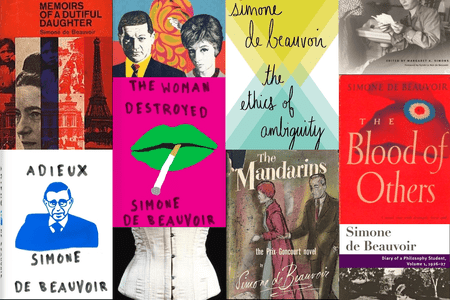 One of the most influential thinkers of the 20th century, Simone de Beauvoir, the French writer, existentialist philosopher, political activist, and feminist, published dozens of remarkable novels, essays, and autobiographies in her lifetime. After her death, her diaries, which offer invaluable insight into the development of her theories and attitudes, came to light. Below are ten of her best works that you need to add to your reading list. 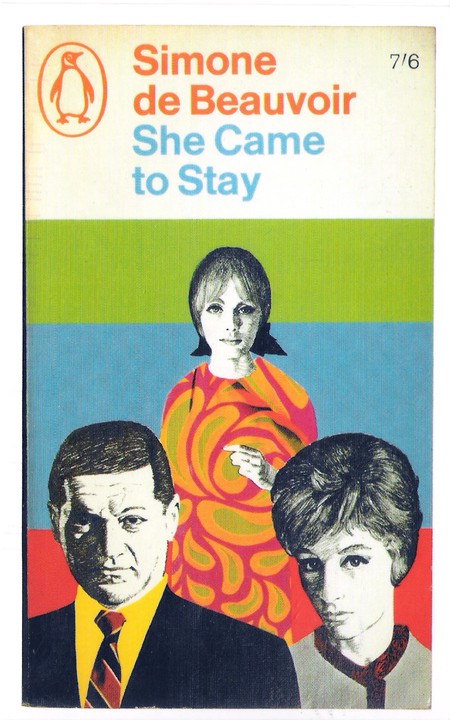 She Came To Stay (1943): De Beauvoir’s first novel takes place in Paris during the build up to and early days of the Second World War. The central characters, Françoise and Pierre, enjoy an open relationship, however, this is tested when the couple enter into a ménage à trois with a younger woman, Xavière. The plot is generally considered to be based on de Beauvoir and Sartre’s own experiences with Olga and Wanda Kosakiewicz. Freedom, angst, and the other are concepts which the author set out to explore.
The Blood of Others (1945): Set in the same location and time as her debut, this novel reveals in a series of flashbacks the formation of a relationship between Jean, a bourgeois boy turned Resistance fighter, and Hélène, a young designer and frustrated bride-to-be. Freedom, again, is a central theme as is the existentialist perspective on resistance versus collaboration, namely that failure to refuse something (in this case Nazi occupation) is the equivalent of choosing it. Although de Beauvoir later criticized her own work here, it remains an essential piece of WWII fiction. 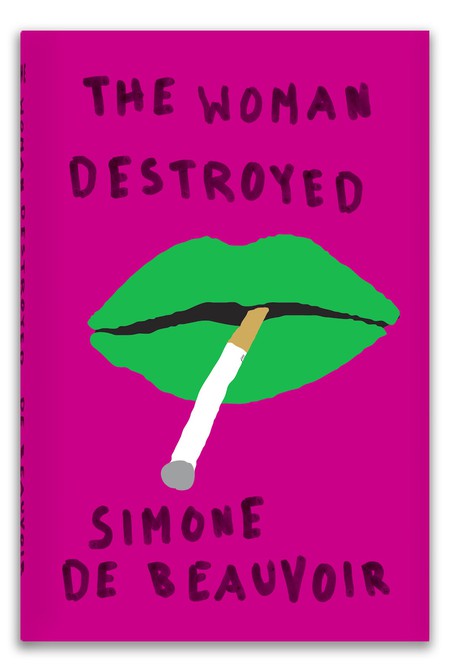 The Mandarins (1954): De Beauvoir won France’s most prestigious literary prize, the Prix Goncourt, with this novel from 1954. Set in the aftermath of the Second World War, the plot concerns the personal lives of a close-knit group of French intellectuals as they attempt to establish their place in the new political landscape of a post-war Europe. It is generally believed that the characters are based on members of de Beauvoir and Sartre’s own circle of friends at the time, including Albert Camus and Arthur Koestler.
The Woman Destroyed (1967): This is a collection of three novellas, entitled The Age of Discretion, Monologue, and A Woman Destroyed respectively. In the first of these, a woman in her sixties loses confidence in her own ability to navigate her personal and professional life; the second contains the rantings of a woman who has suffered numerous tragedies for which she holds society responsible; and the last is epistolary, the diary entries of a housewife whose adult children have left her and whose husband, she discovers, has been unfaithful. 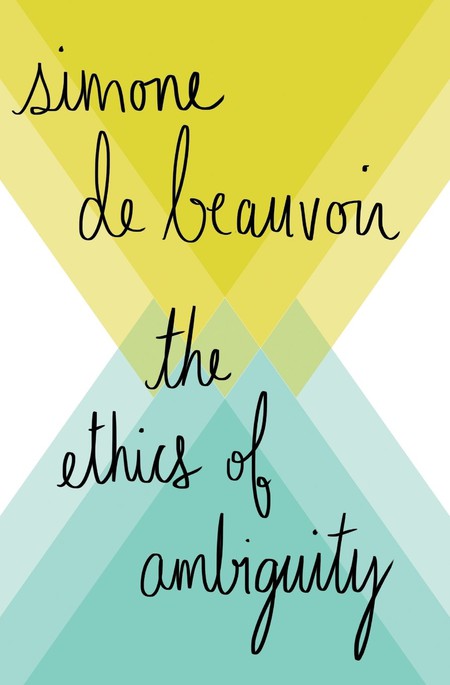 The Ethics of Ambiguity (1947) │ Courtesy of Philosophical Library/Open Road

The Ethics of Ambiguity (1947): De Beauvoir’s second major non-fiction work arose from a lecture she gave in 1945 challenging the ability of Sartre’s Being and Nothingness to support an ethical system. The work in three parts sets out the author’s stance on ethics, outlines the ways in which people deny their own freedom, and examines the true nature of free action in the world. The book closes with a statement on human freedom – ‘We are absolutely free today if we choose to will our existence in its finiteness, a finiteness which is open on the infinite’ – and a call to action to this end.
The Second Sex (1949): Probably the best-known of de Beauvoir’s books, The Second Sex is a landmark work of 20th-century feminist philosophy, dealing with women’s position in society throughout history. In 1960, 11 years after its publication, de Beauvoir wrote that it had been an attempt to explain ‘why a woman’s situation, still, even today, prevents her from explaining the world’s basic problems.’ Amongst numerous contributions to human knowledge, it helped establish a distinction between sex and gender. Though it has come in for significant criticism over the past seven decades, it remains essential reading. 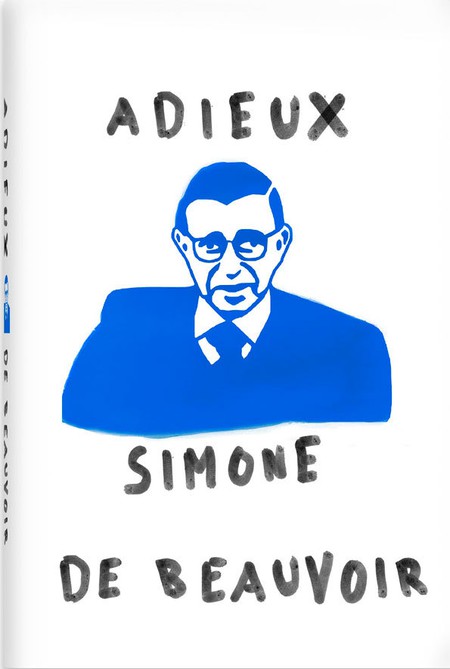 Adieux: A Farewell to Sartre (1981) │ Courtesy of Pantheon

Memoirs of a Dutiful Daughter (1958): This book provides an intimate portrait of de Beauvoir growing up in a bourgeois French family. It depicts her adolescent rebellion against the conventional expectations of her parents and her class and her determination to establish herself in her own intellectual right. The existentialist ambition she felt, and which she poignantly portrays, was, of course, far from the norm for a young woman in the 1920s. Friendship, love, and learning are all key elements of the story, as is the forging of a lifelong relationship with a fellow student, Jean-Paul Sartre.
Adieux: A Farewell to Sartre (1981): This autobiographical work depicts the final decade of Sartre’s life and offers insight into one of the greatest minds of the 20th century. The book contains both a historical account of the philosopher’s final years and a conversation between the most famous intellectual couple of the last 100 years. While it is, as you’d expect, filled with philosophical examination, it is also an open, honest dialogue between two people who chose to share their lives in a way that reflected their individual perspective on the world and its workings. 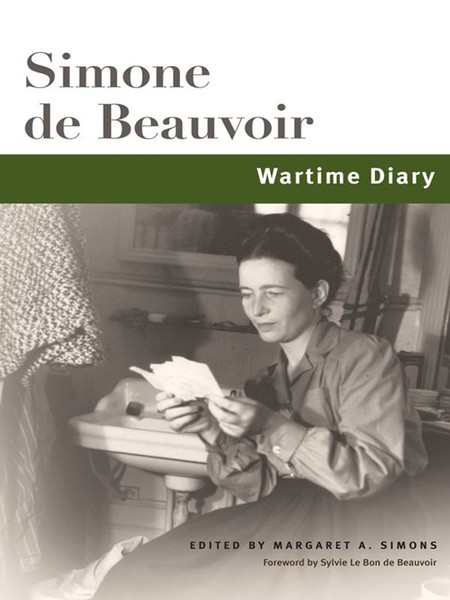 Diary of a Philosophy Student (2006): This diary from 1926-27 documents de Beauvoir’s time as a student of philosophy at the Sorbonne, one of the oldest and most prestigious universities in France, located on Paris’ Left Bank. It reveals aspects of the writer’s personal life and early thinking that was unknown during her lifetime. To complete the edition, essays by Barbara Klaw and Margaret A. Simons address its significance from a historical, philosophical, and literary point of view.
Wartime Diary (2009): Written between September 1939 and January 1941, these diary entries helped overturn the traditional notion of de Beauvoir as the devoted companion of Sartre, revealing a woman with her own complex, and at the time controversial, relationships. It also helps separate her own literary and philosophical accomplishments from Sartre’s, which often threatened to overshadow hers during their lifetimes. Importantly, it traces her development as a politically engaged actor. De Beauvoir, ever so helpfully, also provides reading lists as she goes.